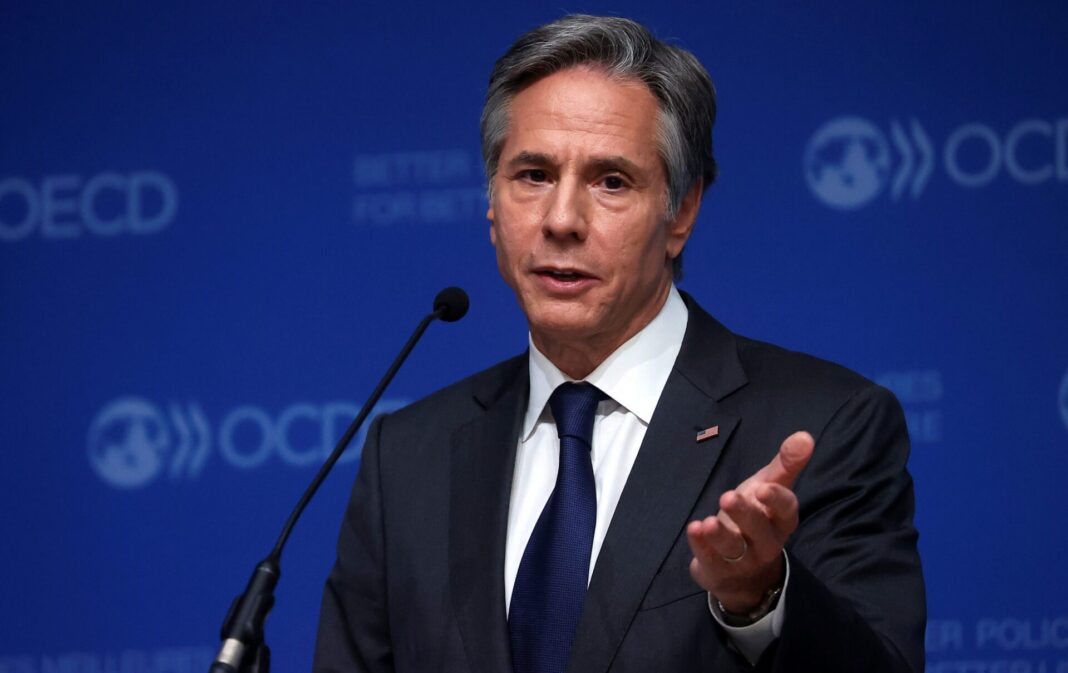 US Secretary of State Antony Blinken has once again warned time was running out to restore the Iran nuclear deal. Tehran has stressed it's ready to restart talks to save the landmark agreement, but not under Washington pressure.

Blinken in a phone call with Russian Foreign Minister Sergei Lavrov on Wednesday discussed the progress made on the Joint Comprehensive Plan of Action (JCPOA) and noted that there was not much time left before a return to the original agreement becomes pointless.

“Yes, we [Blinken and Lavrov] focused on the JCPOA,” Blinken stated during a press briefing at the Organization for Economic Co-operation and Development conference in Paris.

“Given what Iran is doing with its nuclear program […], we are getting closer and closer to a point where simply returning to compliance with the JCPOA won’t recapture the benefits of the agreement,” he added.

Blinken reiterated that both Russia and the US are interested in seeing a mutual return to compliance with the JCPOA.

Earlier in the day, following a meeting with the Iranian Foreign Minister Hossein Amir Abdollahian, Lavrov noted that Tehran is ready to resume negotiations on the JCPOA in Vienna as soon as possible.