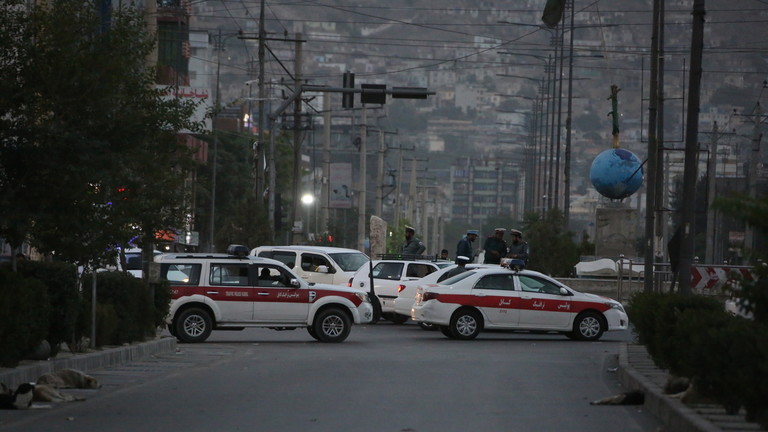 An explosion occurred in a Sikh temple in the Afghan capital Kabul on Saturday morning. At least two people have been killed and seven others injured.

Officials have confirmed that at least two people have been killed and seven others injured following an attack on a Sikh temple in the Afghan capital.

A Taliban interior ministry spokesman told Reuters news agency that attackers had laden a car with explosives but it had detonated before reaching its target.

Taliban authorities were securing the site, he continued.

A spokesman for the commander of Kabul’s security forces said soldiers have taken control of the area and cleared it of attackers. One Sikh worshipper and a Taliban fighter have been killed during the clearing operation, he added.

Members of the Sikh community stated they were been prevented from entering the building by the Taliban.

“There were around 30 people inside the temple. We don’t know how many of them are alive or how many dead. The Taliban are not allowing us to go inside, we don’t know what to do,” Gornam Singh told news agencies on Saturday.

“I heard gunshots and blasts coming from the gurdwara,” Singh added.

No group has claimed responsibility for the attack.

On Friday, an explosion at a mosque in Afghanistan’s northern Kunduz province killed at least one worshipper and wounded seven others, a Taliban official said.

Dozens of people had gathered inside the mosque in the district of Imam Sahib for Friday prayers when an explosive device detonated, stated Obaidullah Abedi, the Taliban-appointed spokesman for the Kunduz police chief.

There was no claim of responsibility for the attack and an investigation is under way.

After seizing power in Kabul and elsewhere in the country in August, the Taliban launched a sweeping crackdown against the IS headquarters in eastern Afghanistan.

The IS affiliate, which has been operating in Afghanistan since 2014, is seen as the greatest security challenge facing the country’s new Taliban rulers.