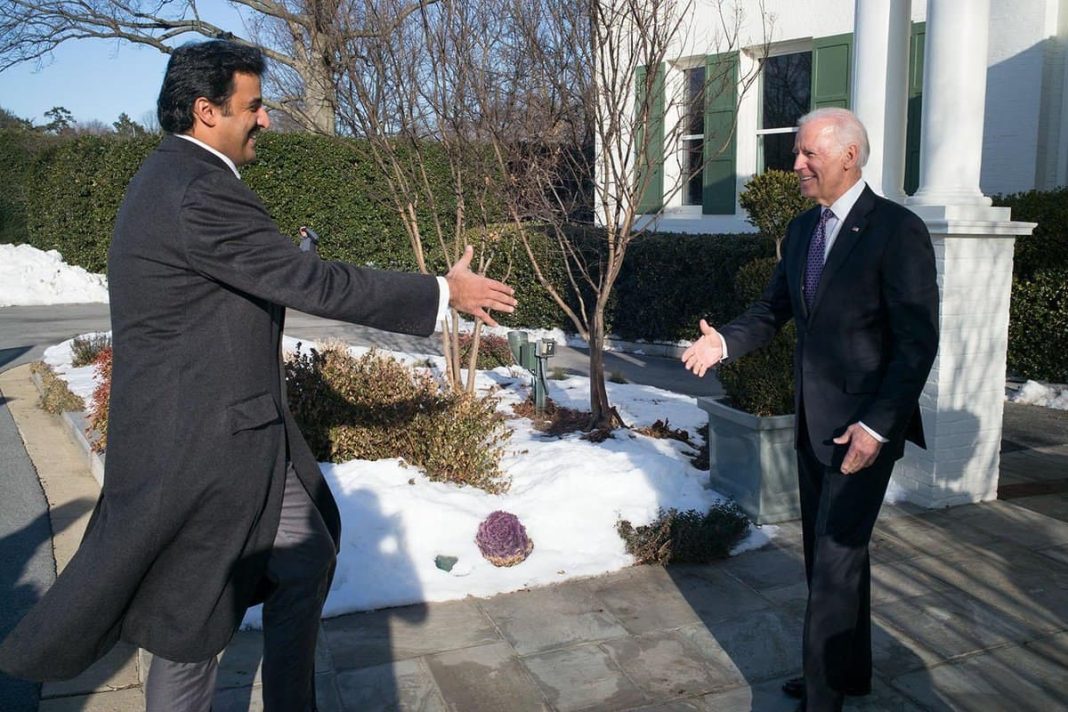 US President Joe Biden and Qatar's emir, Sheikh Tamim bin Hamad al-Thani, will discuss a range of issues including Iran and energy security in the aftermath of a potential Russian invasion of Ukraine, US officials say.

Qatar is the world’s largest supplier of liquefied natural gas (LNG) and may divert supplies to Europe if the Ukraine conflict disrupts Russian gas deliveries to the continent.

Ukrainian and Western officials have sounded the alarm several times in recent months of an imminent offensive, pointing to Moscow’s troop movements near its border with Ukraine, where they estimate 100,000 Russian soldiers are stationed. However, the Kremlin has repeatedly rejected accusations that the country’s armed forces are planning to strike its neighbor, with its Press Secretary Dmitry Peskov calling such claims “groundless.”

Biden’s agenda for the Oval Office meeting will also include the Iran nuclear talks and relations with Afghanistan, where Washington’s interests are now represented by the small Persian Gulf country.

Earlier this month, Iranian Foreign Minister Hossein Amir Abdollahian was in Doha for high-level talks with the Qatari FM as well as the Qatari Emir.

Also on Thursday, Qatar’s Foreign Minister Mohammed bin Abdulrahman Al Thani held meeting with Amir Abdollahian in Tehran in what some observers suggested could be related to the emir’s upcoming US visit.

But, Iranian media sought to douse the speculation, saying some are “fabricating” that the Tehran meeting is a means to facilitate direct talks with Washington.

However, in recent days, the US and Iranian officials have voiced openness to meeting directly to discuss nuclear deal, after months of negotiations in Vienna between Tehran and the other signatories to the accord.

The Qatari emir’s visit comes as the negotiating delegations are expected to go back to Austria’s capital to resume talks in the coming days.

On Monday, Iranian Foreign Ministry Spokesperson Saeed Khatibzadeh stressed that the negotiations can yield a reliable agreement once Tehran receives the “right answer” from the other sides to its rightful demands.