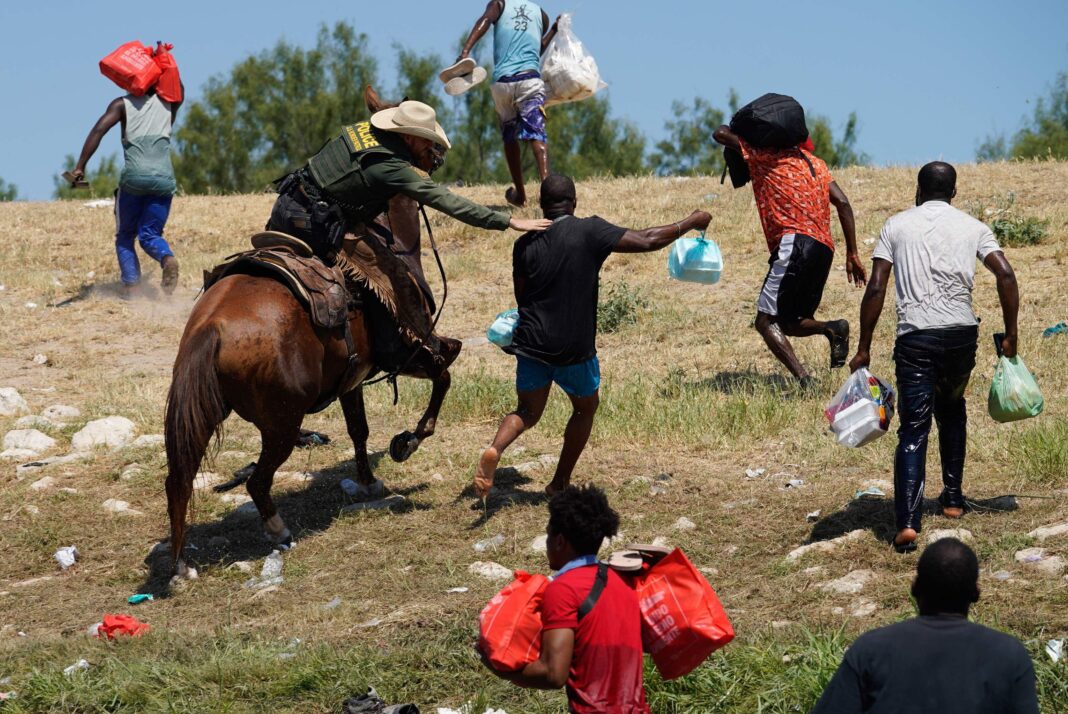 US President Joe Biden on Friday decried the scene of border agents chasing Haitian migrants at the southern border and vowed to punish officials responsible.

Biden forcibly condemned the “horrible” treatment of Haitian migrants assembled along the U.S.-Mexico border, pledging consequences for the U.S. Customs and Border Patrol agents who were photographed and filmed on horseback confronting immigrants at the border.

“It’s outrageous. I promise you those people will pay,” Biden told reporters on Friday, his first in-person remarks on CBP’s treatment of the migrants after days of opprobrium from members of his own party and humanitarian organizations.

The U.S. Customs and Border Protection’s Office of Professional Responsibility opened an investigation this week after scenes of border patrol agents on horseback using long reins to push migrants back toward the border drew widespread outrage.

The Biden administration has repeatedly decried those images and promised to swiftly punish anyone who crossed the line. But the White House has faced questions in recent days about why the president had not directly addressed the situation himself, rather than through officials like press secretary Jen Psaki, Vice President Kamala Harris and Department of Homeland Security Secretary Alejandro Mayorkas.

Biden also said that ultimately he bears responsibility for things that happen under his watch, noting, “Of course I take responsibility. I’m president.”

On Thursday, the special envoy to Haiti, Daniel Foote, resigned his position in protest of those expulsions. The Biden administration has forcefully pushed back on some of the assertions Foote put forward in his resignation letter, with Deputy Secretary of State Wendy Sherman telling McClatchy reporters that Foote had floated sending in the U.S. military to Haiti.

“Some of those proposals were harmful to our commitment to the promotion of democracy in Haiti and to free and fair elections in Haiti so the Haitian people can choose their own future. For him to say the proposals were ignored were, I’m sad to say, simply false,” Sherman reportedly stated.

On Friday afternoon, Mayorkas underscored that officials have cleared through the backlog of migrants who had amassed at the Texas border town.

“As of this morning, there are no longer any migrants in the camp underneath the Del Rio bridge,” Mayorkas underlined at the White House press briefing.

Haiti has been riven in recent months by the assassination of the country’s president, as well as devastating storms and a 7.2-magnitude earthquake earlier this month.