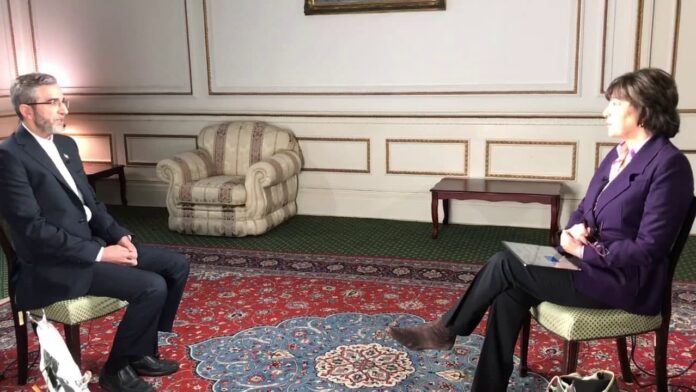 Top Iranian nuclear negotiator Ali Bagheri has said lifting of anti-Iran sanctions is a pre-condition for the US to return to the Iran nuclear deal.

Bagheri, also Iran’s deputy foreign minister, said the US must first meet the preconditions for returning to the nuclear deal known as the JCPOA before making an attempt to do so.

Bagheri was speaking during an exclusive interview with CNN’s senior correspondent Christian Amanpour.

Also saying that the main subject of negotiations is not the JCPOA, he added Iran does not need to return to the agreement because it’s already a signatory to the deal.

Bagheri earlier told the German media that the removal of the anti-Iran sanctions will top the agenda of the Vienna talks.

He added that success in the negotiations is contingent upon coming close to the lifting of the bans.

The Iran nuclear deal plunged into chaos after the US under former president Donald Trump left it in 2018 and reinstated sanctions on Iran.

Iran did not leave the JCPOA, but reduced its commitments under the agreement. Tehran however says it will return to full compliance only after the US removes the sanctions.

Iran and the 4+1 – Russia, UK, France, China plus Germany- have held several rounds of talks to pave the way for the US return to the agreement and get the sanctions removed.
The next round of talks will start on November 29 in Vienna.