Iran’s foreign minister says the close and friendly relations between the Iraqi government and Saudi Arabia are not at all to the detriment of Iran’s interests, and Tehran welcomes such regional cooperation.

“Iraq’s relations with its neighbours are up to the Iraqi government,” Foreign Minister Mohammad Javad Zarif said in a joint press conference with his South African counterpart in Pretoria on Monday. 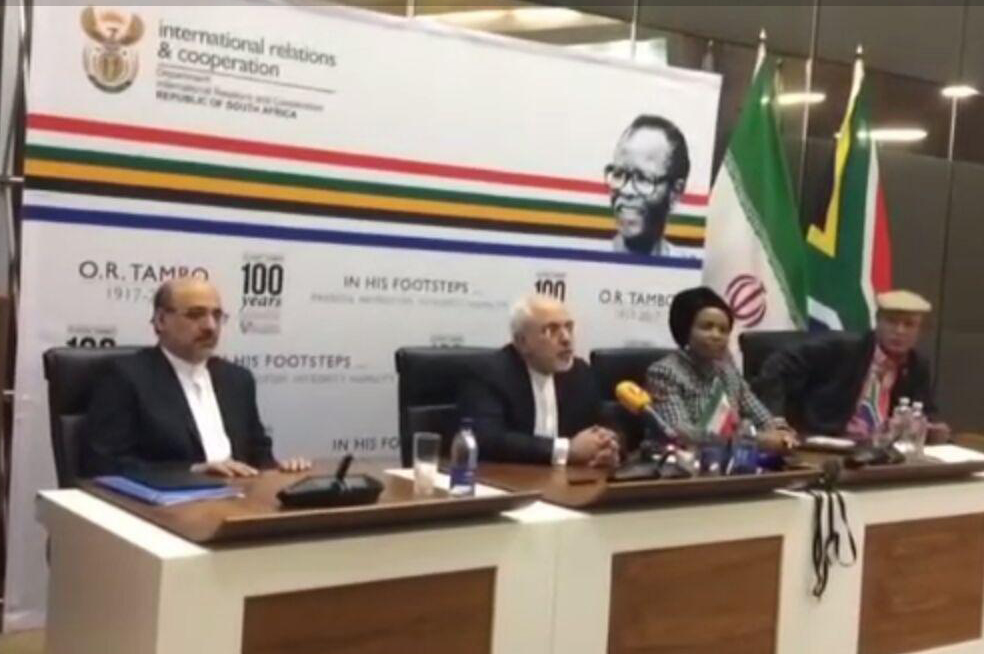 “Unlike the US, which thinks its interests are secured by causing rift and division in the region, the Islamic Republic of Iran believes its interests are met through the cooperation of countries in the Middle East,” he went on to say.

“Therefore, Iraq’s cooperation with its Arab neighbours is not at all detrimental to Iran’s interests; we rather consider it to be in line with our interests.”

Referring to the recent remarks made by US Secretary of State Rex Tillerson who urged those fighting against ISIS in Iraq to return home, Zarif said, “They are already at their homes. They have not been, and will not be, waiting for anybody’s order. Because if they were waiting for Mr Tillerson’s order, we would have ISIS in Baghdad and Erbil today.”

“We are pleased that they protected their homeland and never listened to anyone’s order, except for the top religious authority’s fatwa,” he added.

The Iranian top diplomat’s comments came after Iraqi Prime Minister Haider al-Abadi’s visit to Saudi Arabia, where he discussed a range of issues with King Salman and US Secretary of State Tillerson.