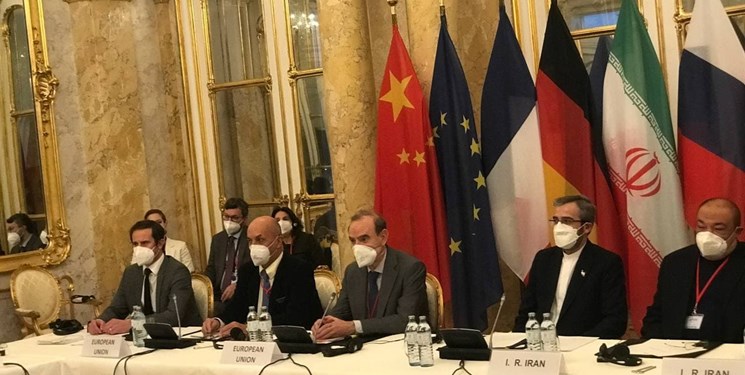 Head of the Iranian delegation at the Vienna talks aimed at removing the anti-Iran sanctions Ali Bagheri has underlined Tehran’s determination to reach a just understanding that serves the legitimate interests of Iran. Bagheri was speaking at the opening session of the negotiations on Monday evening.

Bagheri stressed the need to lift all inhumane and coercive US sanctions against the Iranian people, saying the lifting of sanctions must be the top priority in the talks.

He noted that the Islamic Republic has demonstrated its adherence to its obligations under the nuclear deal in practice.

Bagheri stressed that the revival of the JCPOA is nothing more than an exaggeration as long as the US campaign of maximum pressure is alive.

During the talks it was agreed that the meeting of the working group for the lifting of sanctions should be held Tuesday morning.

Meanwhile, EU deputy Foreign Policy chief Enrique Mora described the preliminary talks in Vienna as positive, expressing hope that this round of meetings will result in the removal of US sanctions on Iran.

Mora said the talks will continue in the coming days and that all sides are determined to revive the JCPOA.

Mora noted that the foreign ministers of the parties will meet in a separate session which is not expected to happen in the near future. He also said the nuclear deal is in a difficult situation and said there is an urgent sense to revive the JCPOA and end the “ordeal” of the Iranian people.