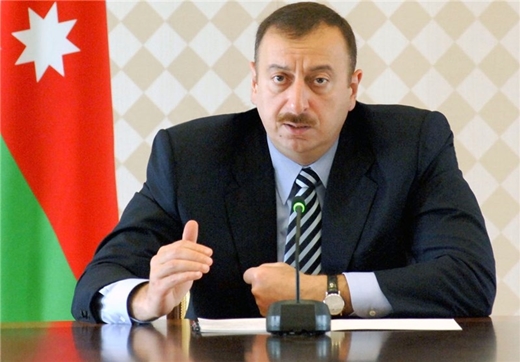 Azerbaijan’s President Ilham Aliyev hailed the growing bilateral ties between Tehran and Baku in diverse fields, and called for an enhancement of cooperation in the field of agriculture as well.

Iran and Azerbaijan are “brothers” and “friends,” and should increase their cooperation in agriculture and farming industries, Aliyev said in a Sunday May 15 meeting with Iran’s Agriculture Minister Mahmoud Hojjati in Baku.

Expressing satisfaction over the good relations between the two neighbours, he said the political leadership of the two nations has been making efforts to further enhance mutual ties.

Hojjati, for his part, welcomed the measures taken in the past years to bolster the relations between the two neighbours. He also submitted the Iranian President’s message of greeting to his Azerbaijani counterpart.

During the meeting, the two sides also exchanged views on investment in the agricultural sector, and in construction of joint production units.

Iran and Azerbaijan have accelerated efforts in recent years to forge closer partnerships in various areas.

Back in February, the Azeri president paid an official visit to Tehran, during which the two sides signed eleven Memorandums of Understanding (MoUs) and agreements to promote mutual cooperation in a range of fields.