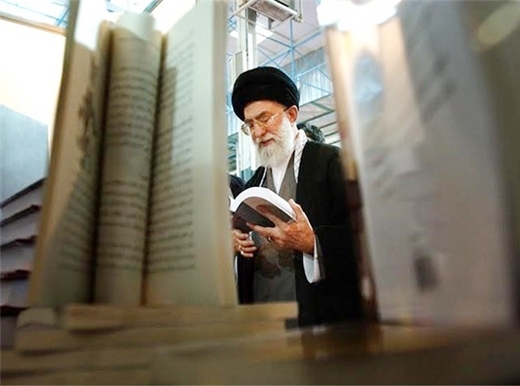 Mohammad Hossein Saffar Harandi, an Iranian politician who served as the Minister of Culture from 2005 to 2009, says the Leader of the Islamic Revolution, Ayatollah Seyyed Ali Khamenei, reads English journals directly, without any Farsi translation.

In a recent address to a group of Iranian teachers, the Leader warned against the influence and domination of Western culture through the teaching of English language. After the remarks, certain media and political figures tried to misinterpret Ayatollah Khamenei’s comments as an opposition to the instruction of English.

In his analytical speech, the Leader referred to the means through which “aliens” can threaten the country’s independence using language. Ayatollah Khamenei pointed to more vulnerable contexts like the kindergartens, and warned against the instruction of English in such places. However, the Leader immediately emphasized he does not mean the instruction should be stopped as of tomorrow.

Certain figures and media, however, either failed to understand or twisted these remarks to make a political point from them, even while knowing that the Leader himself is fluent in English.

24 Online News has quoted an interview by Fars News Agency with Saffar Harandi, the former culture minister and a current member of Iran’s Expediency Council, in which he talks about the Leader’s familiarity with English.

Here are excerpts from the interview, as translated by IFP:

“I once heard from the manager of an educational cultural institute who said, ‘Ayatollah Khamenei and a number of other clerics attended [English] language classes; the person who taught [English] language to them said he [the Leader] was a great learner. The professor told me it was so interesting for him to see that he [the Leader] was learning so well at the age of 40.’”

“I know the Leader has been focusing on these issues in recent years, and reads English texts and foreign journals himself… I don’t know if I’m allowed to declare such information or not … He is definitely fluent in Arabic, but I know he currently reads foreign journals and articles in English without obtaining a translation,” Saffar Harandi said.