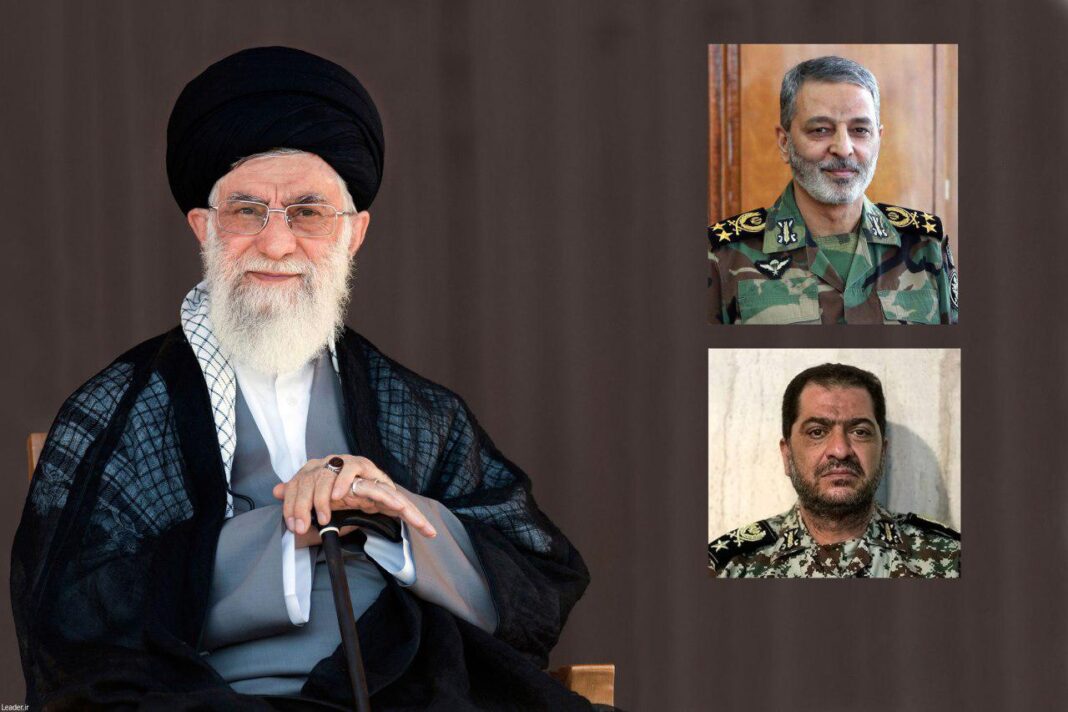 Leader of Iran's Islamic Revolution Ayatollah Seyyed Ali Khamenei has, in separate decrees, appointed the commander of the newly established Air Defense Force of the Iranian Army, and the new commander of Khatam al-Anbia Air Defense Base.

In a Tuesday decree, the Leader appointed Major General Abdolrahim Mousavi, the current chief-commander of the Iranian Army, as the new commander of Khatam al-Anbia Air Defence Base.

In the decree, the Leader urged General Mousavi to use all the facilities and capacities of the country’s Armed Forces to defend the Iranian airspace and reinforce the integrated and strong network of Iran’s air defence command and control.

In a separate decree, the Leader appointed Brigadier General Alireza Sabahifard as the commander of the newly established Air Defence Force of the Iranian Army.

In his decree, Ayatollah Khamenei called on General Sabahifard to pay special attention to the internal growth and strengthening of the Air Defence Force, particularly through professional training of forces and up-to-date maintenance and optimum use of the equipment.

The new commander was also urged to keep the Air Defence Force vigilant and use various defence methods while maintaining an effective interaction with the Khatam al-Anbia Air Defence Base.

Sabahi Fard was previously in charge of the Khatam al-Anbia Air Defence Base.