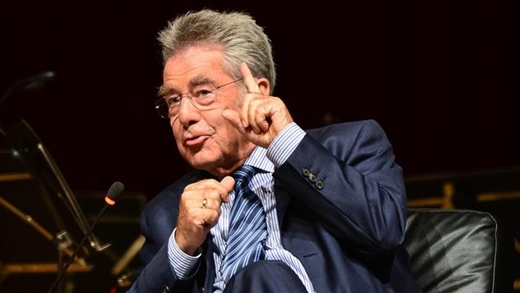 Austrian President Heinz Fischer will become the first European head of state to visit Iran following the successful conclusion of nuclear talks between the Islamic Republic and P5+1.

A statement by the Austrian Presidency on Friday said Fisher will be on an official working visit to Tehran from September 7 to 9, according to The Local Austria digital news publisher.

Fischer’s trip to Tehran will be the first such visit by a leader of a member state of the European Union (EU) since former Austrian President Thomas Klestil traveled to Tehran in January 2004.

The EU foreign policy chief, Federica Mogherini, is also due in Tehran next week, according to a statement by her office issued on Wednesday.

Earlier, two high-ranking Iranian officials met Fisher in Vienna as part of efforts aimed at increasing the level of economic cooperation between the two countries. The meeting at Hofburg Palace saw Fisher discussing ways of boosting bilateral trade and business activities with Iran’s Vice-President for Scientific and Technological Affairs Sorena Sattari and Minister of Industry, Mine and Trade Mohammad Reza Nematzadeh.

During the meeting, Fischer said he is very pleased about his upcoming official visit to Tehran, saying a high-ranking economic, scientific, cultural and media delegation will accompany him during the trip.

Iran and P5+1 finalized the text of the Joint Comprehensive Plan of Action (JCPOA) in Vienna on July 14, after 18 days of intense negotiations that capped around 23 months of talks between Iran and the six other countries.