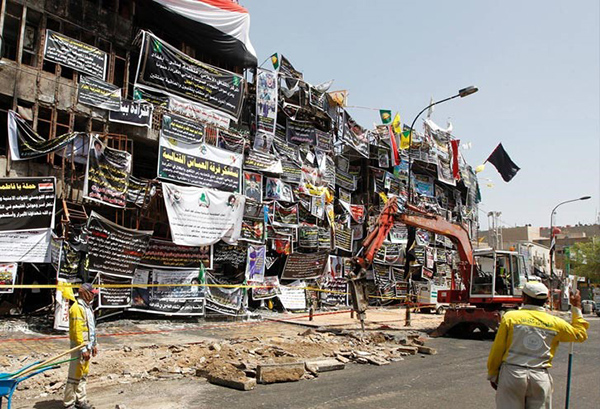 UN mission in Iraq says nearly 7,000 civilians have been killed in the crisis-hit Iraq, while the figure does not include casualties from Western Anbar for May, July, August and December.

According to a report by IFP, at least 6,878 civilians were killed in Iraq last year as the Iraqi government struggled to maintain security and dislodge fighters from the ISIS group from areas under its control.

The UN Assistance Mission for Iraq, known as UNAMI, said on Tuesday that its numbers “have to be considered as the absolute minimum” as it was not able to verify casualties among civilians in conflict areas.

It added that last year figures did not include casualties among civilians in Iraq’s western Anbar province for the months of May, July, August and December.

According to UNAMI figures, at least 12,388 civilians were wounded in 2016, Al Jazeera reported.

The monthly UN casualty report for December 2016 showed that a total of 386 civilians were killed and another 1,066 were wounded.

In the last week alone, ISIS claimed responsibility for a string of bombings in Baghdad that killed more than 50 people. 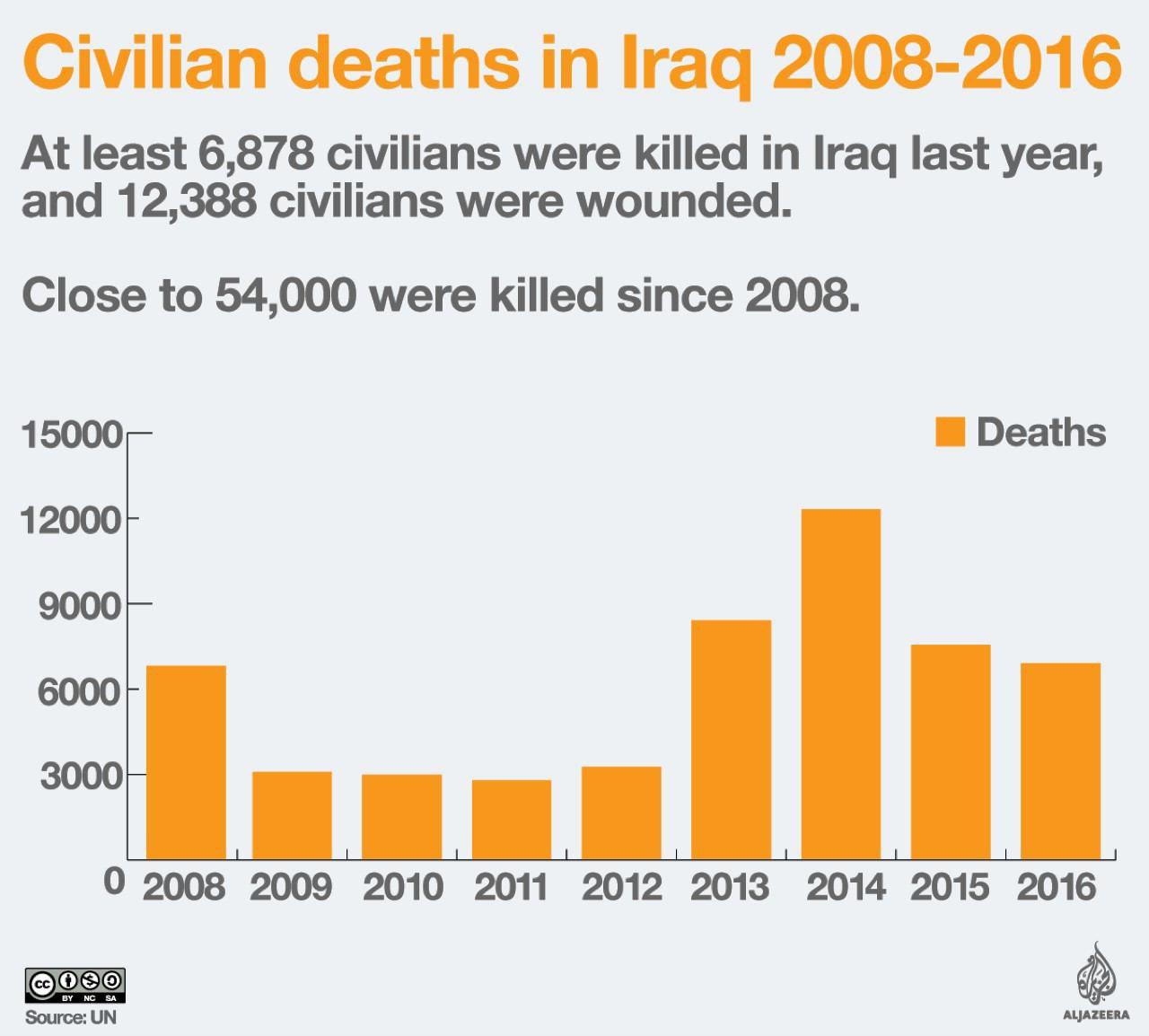