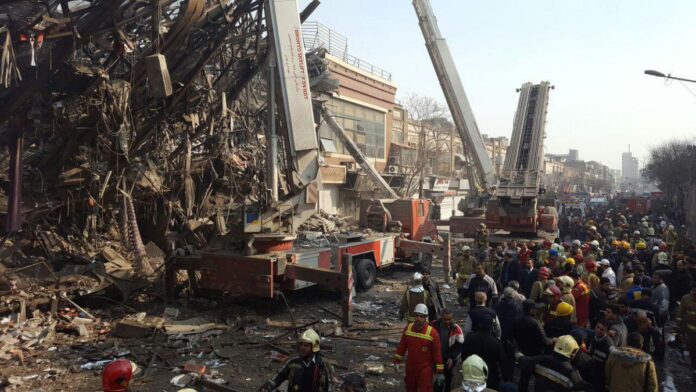 Plasco shopping centre, one of the oldest high-rise buildings built in the 1960s, totally collapsed after hours of fire. Dozens of firefighters and residents are entrapped inside the building.[:ar]

At least 40 have lost their lives in the collapse so far.

Dozens of firefighters and shop owners are entrapped in the collapsed building.

38 firefighters have been wounded so far. But hundreds are entrapped and still unaccounted for. 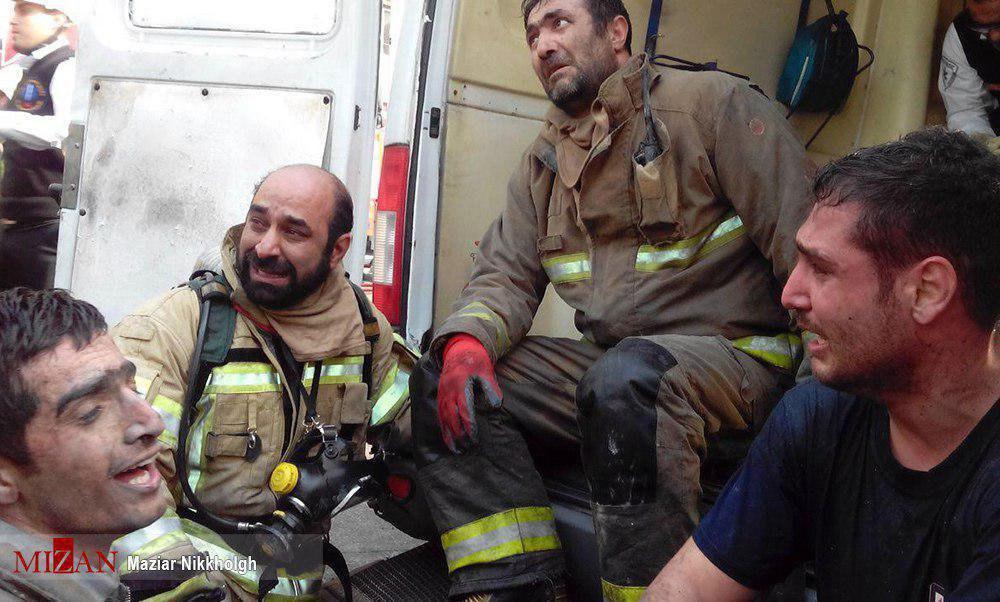 Several journalists and people have also been reportedly wounded.

Mayor of Tehran, Mohammad Baqer Qalibaf, has left his trip to Qom unfinished and arrived in the scene to check the situation. 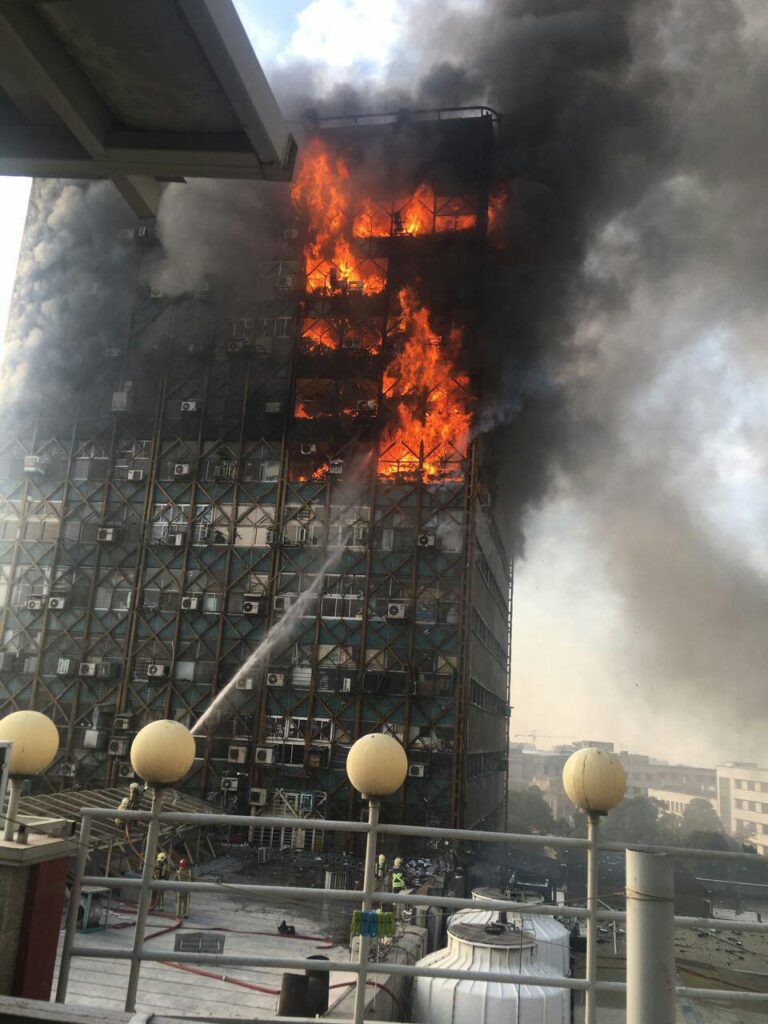 Plasco building’s owner was also inside and his fate is not clear.

Police has closed all streets leading to the collapsed building. The British and German embassies have also been evacuated as they are close to the scene.

Head of Tehran’s emergency told state TV that 7 people have so far been hospitalized and 30 received outpatient treatment in various hospitals in the capital city.

Tehran’s police has asked people not to drive their cars and motorcycles in the areas close to the scene in a move to facilitate the traffic of emergency vehicles.

The spokesman for Tehran’s emergency centre said we were lucky that the building collapsed vertically; otherwise, the people standing in nearby streets would have been seriously harmed.

“The problem we are still facing is that people stand close to the scene and watch the operation,” he added.

IRIB reporter also noted that the street has been blocked by the rubble, and the Army has sent its forces to help.

Meanwhile, Firefighting Organization Spokesman said all nearby buildings have been evacuated, but the biggest problem is the crowd of people watching, and the shop owners trying to check out their shops. The traffic jam also hinders the rescue operation.

He went on to say that the Firefighting organization had frequently warned the building owners against its poor safety.

“The accident was predictable. We don’t know how long should we suffer for other people’s irresponsibility,” he added.

“The initial firefighting operation was successfully ending when a number of heavy blasts led to the building’s total collapse.