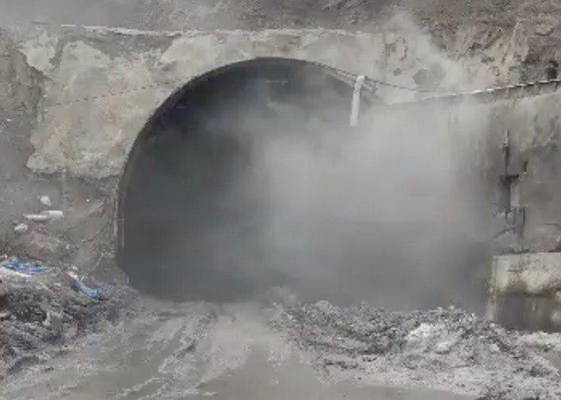 A tunnel on a freeway linking the Iranian capital, Tehran, to the north of the country has collapsed after a blaze, killing at least three constructions workers and wounding a number of others.

The blaze took place on Tuesday at 8:58 am (local time) at the tunnel located near Siahbisheh before Zanguleh Bridge.

The emergency choppers and ambulances were immediately dispatched to the scene, and all nearby hospitals were told to be on standby, according to Iranian emergency officials.

An official in charge of construction and development of the freeway said the compression of the methane gas in the major Alborz Tunnel resulted in a blaze on the northern side of the tunnel.

Eight workers were also wounded in the fire. They have all been pulled out of the tunnel.

Five of the wounded have sustained 60 to 100-percent burns.

Rescue workers are still checking the scene to see if any other people are stranded.