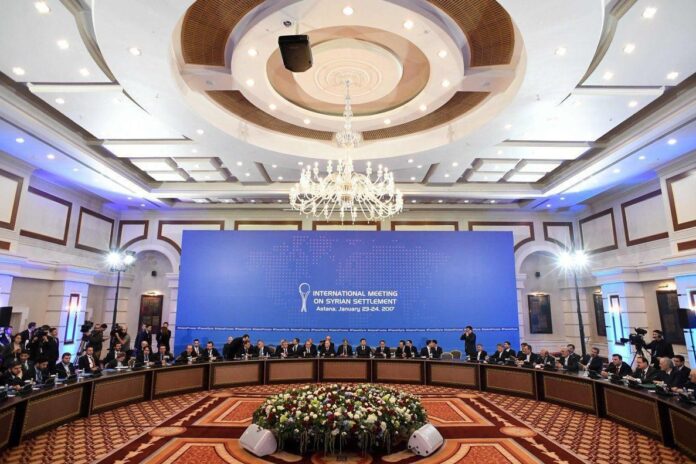 Iranian foreign minister says the Astana Talks, an initiative by Iran, Russia, and Turkey to help settle the six-year crisis in Syria, has so far been the only fruitful process to restore peace to the war-torn country.

“I think Astana [Process] has been up until now the only process that has produced result. And that is something that should be celebrated in this unfortunate situation where we have only conflict and bloodshed in this region,” Iran’s FM Mohammad Javad Zarif said on Monday in a joint press conference with his Norwegian counterpart in Oslo.

“We believe that Iran, Russia, and Turkey should continue to work together in order to strengthen the Astana process as a complement to the international attempts to bring peace and security in Syria and bring everybody to the negotiation table,” the Iranian top diplomat added.

“We have done some good work. There’s less killing and less bloodshed in Syria and we need to consolidate that by putting observers on the ground, and by allowing he humanitarian assistance to go forward […],” he went on to say.

He further noted that all regional players should come to their senses to understand that there is no military solution in Syria.

“All these conflicts in our region – whether it is in Yemen, in Bahrain, or in Syria – need political solution through dialogue, through inclusion to respect for the sovereignty, territorial integrity, and the wishes of the people of these countries rather than imposing on them from outside, imposing restrictions, imposing conditionalities on them from outside. Then we have taken a long step towards resolving these issues,” he added.

“I hope that the United States, the new administration in the US would also realize that taking military action, as it did, does not solve the problem rather it would exacerbate tension and difficulties and would also agree that everybody needs to come to a political solution through negotiations in an inclusive manner,” the Iranian FM added.