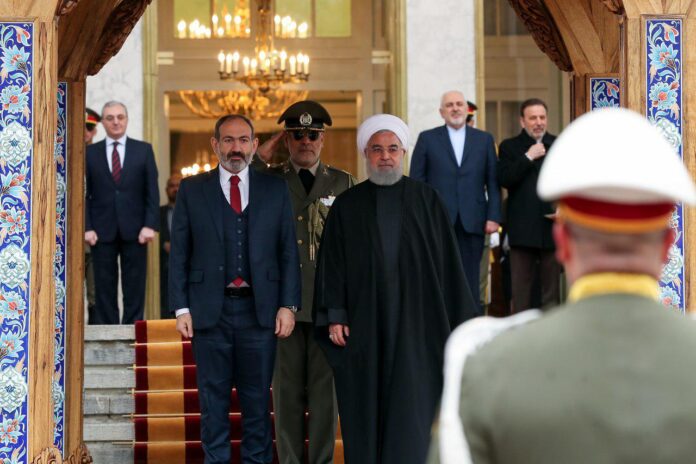 On Monday, FM Zarif announced his resignation in a post on his Instagram page which brought on reactions from Iranian and foreign figures.

In a letter to Zarif, Rouhani said on Wednesday that he saw his resignation to be against the country’s interests. Rouhani quoted Iran’s leader to describe Zarif as trustworthy and valorous and the one who is at the forefront of resistance against the all-out pressure campaign launched by the United States. The Iranian president said the joy of the Islamic Republic’s enemies for Zarif’s resignation is the best evidence of his success.

After receiving this letter, Zarif attended the welcoming ceremony.

He also wrote on his Instagram page that “as a modest servant, I have never had any concern but elevating the foreign policy and the status of the foreign ministry.”

Zarif thanked people, officials and intellectuals for offering generous support for him in recent days.

He said he has been serving the nation for a long time and he has “no concern but the promotion of foreign policy and the credit of the Foreign Ministry as the [body] responsible for advancing foreign policy and the forefront of defending national interests and rights of the noble Iranian people in the international arena.”

The Iranian foreign minister expressed hope the foreign ministry would be able to “fulfill all its responsibilities within the Constitution, the country’s law and overall policies strongly and decisively.”

I am very grateful to the generous kindness and distinctive support of the dear and brave people of Iran, the elites and respectable officials throughout my occupation, especially during the past 30 hours.

Throughout my life I have been eager to serve this nation and its great people.

As the person who is in charge of advancing the country’s foreign policy and the one who is at the forefront of defending the national interests and the rights of the noble people of Iran, I have had no concerns but the elevation of foreign policy and the status of the foreign ministry in the international arena.

I hope that with the cooperation of all, and the guidance and supervision of the Leader and the President of the Islamic Republic, the foreign ministry can carry out all its duties within the framework of the constitution, the laws of the country, and the general policies of the establishment.