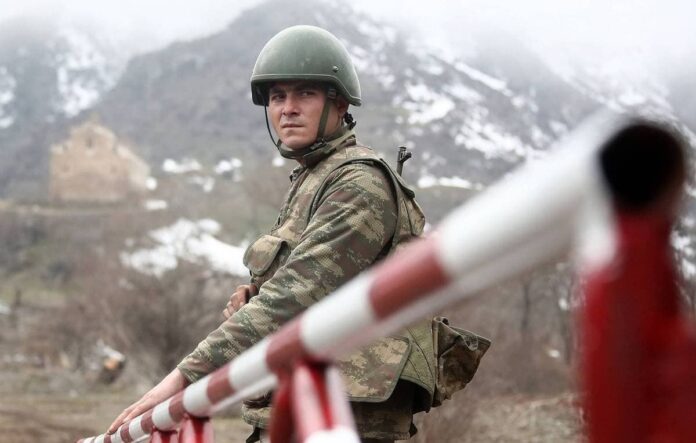 Armenia and the Republic of Azerbaijan have reached a ceasefire agreement, mediated by Russia, ending hostilities that erupted along their borders, according to the defense ministry in Yerevan. Armenia earlier reported deaths and the loss of military positions along borders.

“Under the mediation of the Russian side, an agreement was reached to cease fire at Armenia’s eastern border from 18:30 (14:30 GMT). The situation has relatively stabilized,” the Armenian Defense Ministry announced in a statement.

The Azerbaijan government did not immediately confirm the ceasefire.

Armenia on Tuesday asked Russia to help defend it against Azerbaijan after a border clash in which it claimed 15 of its soldiers had been killed, 12 captured, and two combat positions had been lost.

The Azerbaijani and Armenian defense ministers have taken measures to stabilize the situation at the border after their telephone talks with their Russian counterpart, Sergey Shoigu. The situation near Mount Kilisali has normalized, the Russian Defense Ministry reported on Tuesday.

According to earlier reports, Shoigu spoke over the phone with his Armenian and Azerbaijani counterparts and called on them to stop actions that might further escalate the situation.

The United Nations calls on Azerbaijan and Armenia to demonstrate restraint and use peaceful means to settle problems between themselves, Deputy Spokesperson for the Secretary-General Farhan Haq noted on Tuesday.

“We are following with concern the reports of this latest violence. And we’ll need to verify those reports. And at this point we urge all sides to exercise restraint, to act in accordance with the ninth of November and 11th of January trilateral statements and address any related concerns peacefully through dialogue. We want to avoid any return to the sort of escalation we had earlier,” he added.

The situation in Nagorno-Karabakh and the adjacent Syunik region in Armenia deteriorated dramatically in November. The sides regularly report armed incidents, including those entailing human casualties. On November 13, Yerevan and Baku exchanged accusations of shelling each other’s army positions. Apart from that, the situation is tense at the sections of the highway linking Armenia and Iran that came over under Baku’s control under the November 9, 2020, statement by the leaders of Armenia, Azerbaijani and Russia and where a post of Russian border guards was set up to ensure the free movement of people and motor vehicles.

On Tuesday, intensive hostilities sparked in border districts of Armenia’s Syunik Province. Yerevan stated that the Azerbaijani Armed Forces commenced an advance deeper into the republic’s territory, threatening the highway connecting the capital with Armenia’s southern regions and Iran. Baku blamed Yerevan, accusing the Armenian Armed Forces of a provocation. According to the Ministry of Defense of Azerbaijan, Armenian servicemen attacked Azerbaijani outposts.