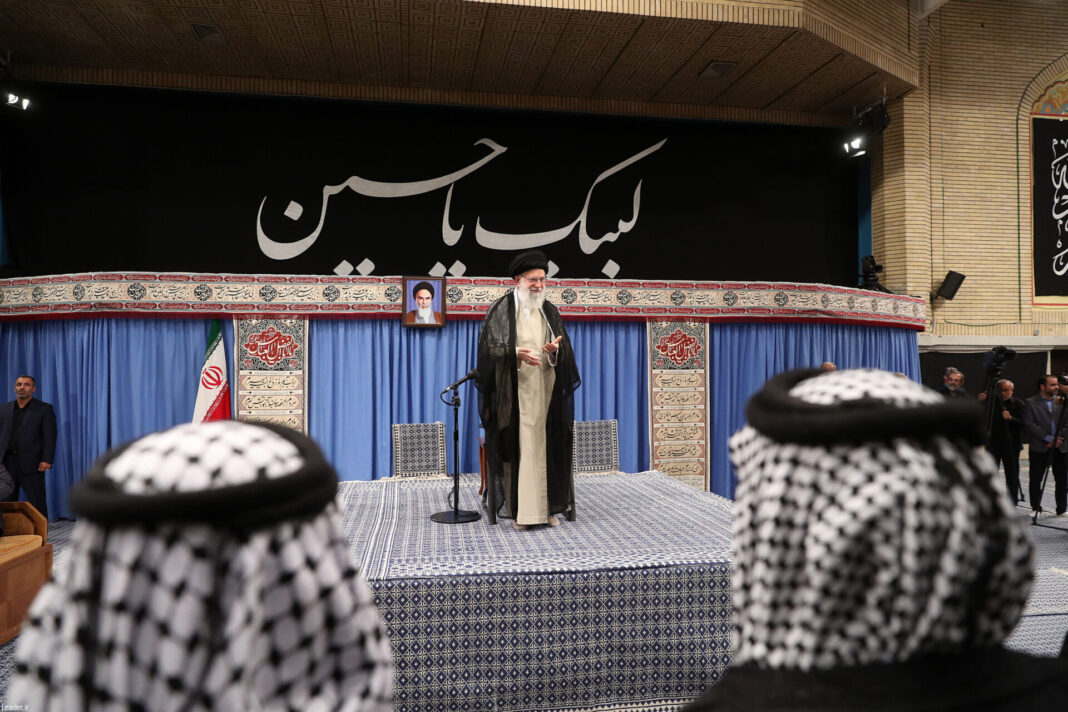 Leader of Iran’s Islamic Revolution Ayatollah Seyyed Ali Khameni says the great march of Arba’een, the world’s biggest religious gathering, can prepare the grounds for the establishment of a new Islamic civilization.

The Leader made the remarks in an address to a group of Iraqi Shiite Muslims in Tehran.

He further thanked Iraqi Mookeb* directors for their hospitality and friendly behaviour toward pilgrims travelling to holy shrines.

“From the bottom of my heart and on behalf of the Iranian nation, I thank all of you Mookeb directors, who show utmost generosity and friendship during the days in the lead-up to Arba’een, and I than the great Iraqi nation and government officials, who ensure security and set the stage for this great movement [of mourning pilgrims], as well as Iraqi religious figures and scholars,” Ayatollah Khamenei said.

The Leader said today’s world, which is beset by tyranny and corruption, is in dire need of understanding and freedom seeking.

He said at a time when the enemies of Islam are using all tools and resources to counter the Muslim community, Arba’een rallies could be a sign of final victory of good against evil.

Arba’een, one of the largest religious gatherings in the world, comes 40 days after Ashura, the martyrdom anniversary of the third Shiite Imam.

* IFP Note: Mookebs are locations where pilgrims travelling, usually on foot, to holy shrines can rest, eat and get other services for free.