“Arab States Seeking to Bring Syria Back to Arab League” 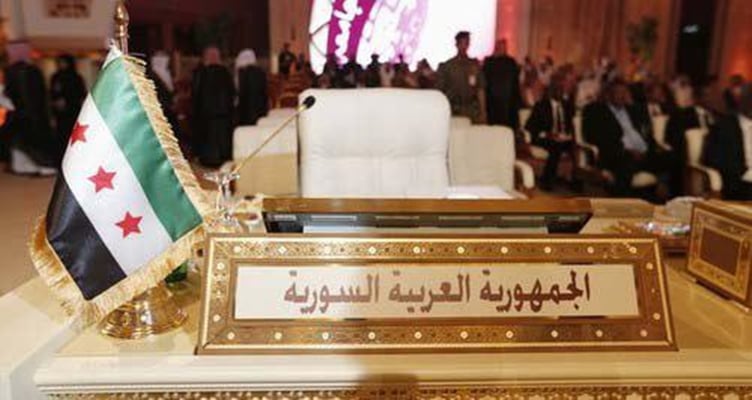 Reports suggest that some Arab countries backed by the US and Saudi Arabia are trying to bring Syria back to the Arab League, a move which could be seen as part of the “soft policy” adopted by Washington and its regional allies.

It seems the policy of soft infiltration into Iraq, which could be extended to Syria, coupled with a hard and tension-provoking policy in countering Iran, is part of the strategy adopted by the White House and its regional Arab allies. Now it is time for the Arab League to show whether or not it will adopt the same soft policy vis-à-vis Syria that it has adopted towards Iraq.

The Persian-language Islamic Republic News Agency (IRNA) has quoted the Lebanese Addiyar newspaper as saying that the return of Syria to the Arab League could be a turning point in the history of the Arab body over the past few years and in regional developments.

Concerning Syria’s possible return to the Arab League, wrote the Arab daily, a senior Iraqi official, Egyptian President Abdel Fattah el-Sisi and Jordan’ King Abdullah II are to travel to Damascus and urge Syrian President Bashar al-Assad to attend an Arab League meeting. They will also accompany the Syrian president to the meeting.

The newspaper says nine Arab countries, including Iraq, would like to see Syria take part in an Arab leaders’ summit slated to be held in May in the Saudi capital, Riyadh.

According to the paper, Arab League Secretary General Ahmed Abul-Gheit is trying to convince Saudi Arabia to annul the suspension of Syria’s membership in the Arab League, so that Syria could be invited to the meeting.

To that end, writes the newspaper, the highest Iraqi official along with Jordan’s King Abdullah II or Abdel Fattah el-Sisi himself will go Damascus to accompany Bashar al-Assad on a plane flying from Damascus to Riyadh to attend the Arab leaders’ summit there.

Saudi Arabia, Money, Rhetoric and Nothing Else

Given the trend of the developments in the Middle East in recent months, especially the realities on the ground in Iraq and Syria, it seems the Saudi regime has no ally left except money as Riyadh is highly frustrated at the failure of its recent policies and adventurism. That money is the windfall cash which can, until further notice, please bellicose White House businessmen and the remnants of terrorists in the Middle East region, so that young bin Salman will feel he has more support to counter the myriad of challenges facing Saudi Arabia both at home and abroad.

The end of the ISIS terror group’s rule in Iraq and Syria means the failure of the American-Saudi-Zionist project aimed at disintegrating Syria and Iraq as a prelude to the disintegration of the whole region. The ISIS’ defeat has also put Saudi Arabia in a bind.

It seems that young bin Salman has been entrusted with the historical task of helping Saudi Arabia shed its skin. Now, with the expensive consultations that bin Salman obtains from his friends in the Trump administration and the Israeli regime, he enters into a new field without caring for historical realities and without knowing his limits. By taking a look at Bahrain and Yemen cases, one can predict the fate of bin Salman’s adventurism in this new arena.

Although bin Salman admits that the policy of “Assad must go” is no longer effective and he needs to get along with the legitimate Syrian government. Nevertheless, it seems that he needs more time to change his hard policy in Syria to a soft one (similar to what he has adopted vis-à-vis Iraq). For this obvious reason, he wants the US not to hurry to leave Syria and maintain its presence on the ground for some more time.

Despite honest efforts by some countries, namely Iraq, Algeria, Oman and the like, and also the ambivalent policy that some other countries, including Egypt, have adopted toward the issue, one thing is certain: If this does not happen, it will become clear that Riyadh, for the moment, has no mission to return Syria to the Arab League.

In fact, Syria’s attendance or non-attendance in the Riyadh meeting will show Saudi Arabia’s stance on Damascus during the very same short period that bin Salman wants the US to remain in Syria, so that the balance of power will not be tipped against supporters of terrorists and secessionists.

As with the Iraq case, Riyadh’s new policy of returning Iraq/Syria to the “bosom of the Arab community (taking the two countries on board with Riyadh’s anti-Iran front) will not necessarily be fruitful due to the young crown prince’s immaturity, his lack of knowledge about regional nations and making efforts to make up for all his shortcomings and shortages with petrodollars and to please neo-conservatives in Washington.

Syria’s likely participation in the upcoming summit of the Arab League will amount to a major triumph for Bashar al-Assad and his allies and another definitive defeat for Saudi Arabia and the Western-Zionist front supporting it even if bin Salman thinks he can sell this “retreat” to Damascus as a concession and use it to pave the way for his new and soft policy to return to Syria.

To put it in a nutshell, one can say that Bashar al-Assad will be the centre of attention in Riyadh’s upcoming summit irrespective of the outcome of attempts by Arab countries to bring Syria back to the Arab League.