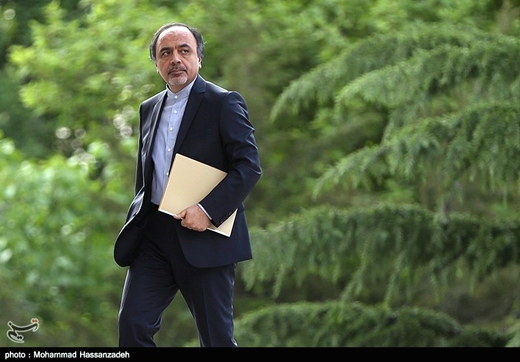 If the region doesn't take seriously President Rouhani's World Against Violence and Extremism (WAVE) initiative, it will be in for a dangerous fate, Aboutalebi said.

President Rouhani’s deputy chief of staff for political affairs has Tweeted that if the Arab countries which support terrorism fail to learn a lesson from Turkey, they will have to fight terrorists in their capitals.

The following is the translation of a report released by the Islamic Republic News Agency on July 25 about what else Hamid Aboutalebi posted on his Twitter page:

IS is a serious threat to Turkey’s national security and the scale of this threat is constantly growing.

Turkey has changed its stance on Incirlik Air Base and targeted IS-controlled positions in Syria. That shows Syria’s Muslim Brotherhood should adopt a different approach.

Conditions are changing in Turkey; when President Rouhani talked to President Erdogan about the need for the fight against terrorism, the Turkish president was supporting [terrorist] groupings in Syria.

President Rouhani’s warning highlighted the fact that support for terrorist groups either in Syria, Iraq or other countries will come back to haunt the supporting nations.

It is unfortunate that people have lost their lives in this perilous game, but the Turkish model has finally proven the genuineness and exactitude of President Rouhani’s remarks.

If the region doesn’t take seriously President Rouhani’s World Against Violence and Extremism (WAVE) initiative, which was adopted by the UN General Assembly, it will be in for a dangerous fate.

A famous Iranian proverb says that it is wrong to put something which is time-tested to the test.

Terrorism is not like a puppet one can pull its strings in any way they like; playing with fire will definitely have dangerous consequences.