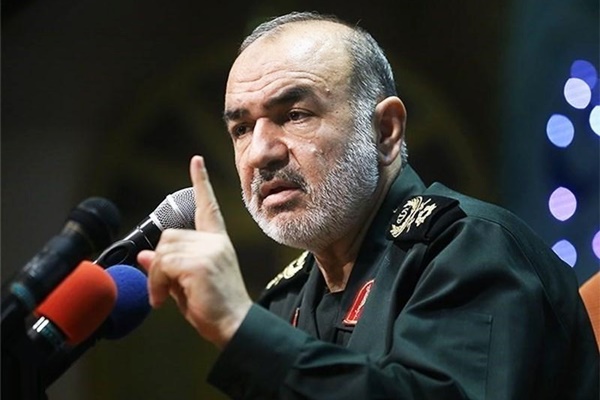 Chief-Commander of Iran’s Islamic Revolution Guards Corps (IRGC) has warned against the outbreak of a fresh conflict in the region, saying its repercussions will deal a major blow to the Israeli regime.

Major General Hossein Salami said the United States has no interest in a conflict with Iran.

“We are sure that the Americans are not interested in [getting engaged in] a war with Iran because a new war will expose the Zionist regime [of Israel] to full-scale threat,” said General Salami.

He noted that even Tel Aviv and its regional allies wouldn’t like to see a war break out as they know the geographical sphere of such a conflict would be so vast.

General Salami also said Iran’s elements of power have made Saudi Arabia and the United Arab Emirates (UAE) desperate and.

The top general stressed that Iran’s power “has scared Zionists and forced them to remain silent and tell lies.”

He noted the Israeli regime is even under threat in other places.

“Some power has emerged in Syria, Lebanon, Palestine and elsewhere, and the enemy knows that any new war may expose the Zionist regime to full-scale threat and irreversible annihilation,” he said.