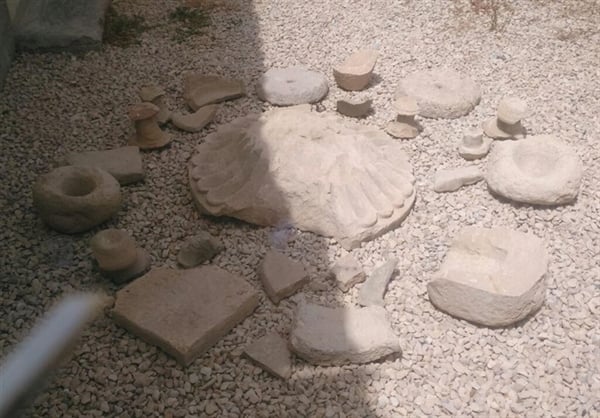 A number of historical items put up for sale on an Iranian advertising website have been confiscated by the country’s cultural heritage authorities.

The antiquities were advertised on the popular and frequently visited website Divar, a website similar to the eBay. Iranian cultural heritage authorities tracked the suspect and finally seized the items in his home in Bushehr province, southern Iran.

The accused was arrested and handed over to judicial officials to go through legal proceedings, reported the Persian-language Azad News Agency (ANA).

The ancient objects included the base of a pillar of a fire temple, pieces belonging to the holders of fire pots, stone mortars and millstones, among other things.

According to cultural heritage experts, the objects have historical value and belong to the Sassanid era.