Ancient Persian Artifacts Held in US for Decades Return to Iran 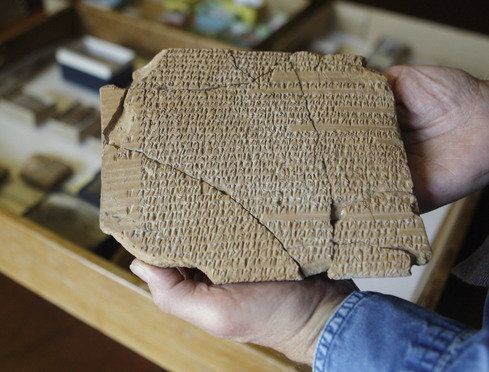 A large consignment of Achaemenid clay tablets is returning to Iran on Monday night after being held in the US for 80 years, Iranian cultural heritage minister has announced.

Iran’s Minister of Cultural Heritage, Handicrafts and Tourism Ali Asghar Mounesan said on Monday that 1783 ancient tablets, dating back to the Achaemenid Empire and excavated from Persepolis in Iran, are going to return home from the University of Chicago’s Oriental Institute.

The clay tablets from the Persepolis fortification have been taken back after a US court ordered, after 14 years of legal procedures, that the ancient Persian artifacts could not be confiscated by any plaintiff, the minister noted.

He said Iran has taken back three consignments of the Persian artifacts over the past 70 years, but the dispatch of the fourth consignment ran into trouble in 2004, when a group of American plaintiffs laid claim to some 2,500-year-old cuneiform tablets that are on loan from Iran to the University of Chicago’s Oriental Institute, ISNA reported.

The University of Chicago has defended Iran’s right to the artifacts, arguing that the Oriental Institute has an obligation to return them as promised.

The University of Chicago has argued that the cuneiform tablets and fragments sought by the plaintiffs –surviving administrative records of the Persian Empire from around 500 B.C.– are far too valuable as sources of study to be put up for auction, according to NY Times.

The tablets were excavated in the 1930s by University of Chicago archaeologists at the ruins of Persepolis, on a plain near Iran’s southern city of Shiraz. The Iranian government lent them to the university in 1937 so they could be translated and cataloged. Because the clay tablets were unbaked and fragile, many of them were recovered largely in fragments.

Professor Stein of the university estimated that 37,000 tablets had been returned to Iran after study between 1938 and 2004, and that about 5,000 tablets and 10,000 fragments remain at the institute.