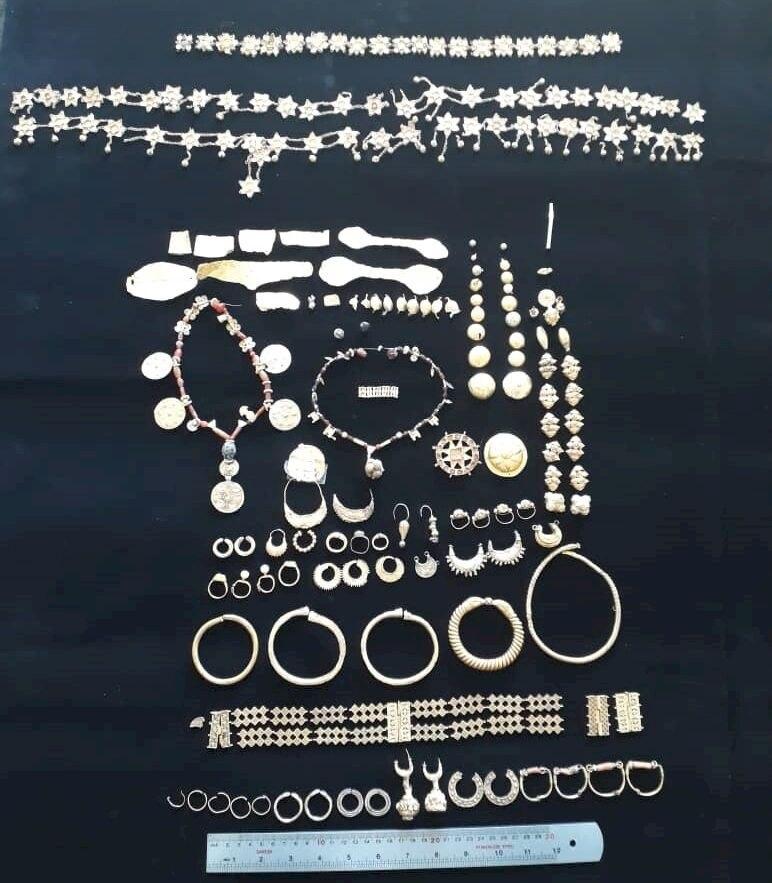 Hundreds of antiquities dating back to over 2,300 years ago have been confiscated from smugglers of antique items in western Iran.

Nearly 280 gold relics dating back to the Achaemenid era (550-330 BCE) were seized in the city Kermanshah, said General Amir Rahmatollahi, the commander of the local security unit of the Ministry of Cultural Heritage, Handicrafts and Tourism.

He said security personnel under his command acted on a tip-off suggesting certain individuals were trading in antiquities in Kermanshah.

“After the security unit established the authenticity of the report, a team of security troops were dispatched to the location in question in coordination with judicial officials and accompanied by police forces,” he added.

“While searching the home of one of the smugglers, the team found 278 historical items,” the top commander said.

Seven people were arrested in that connection, he said.

He added the discovered items included earrings, medallions, rings and plaques, among other things.

“The accused along with the cases filed against them were introduced to the province’s judicial officials to go through the legal proceedings,” Rahmatollahi said.