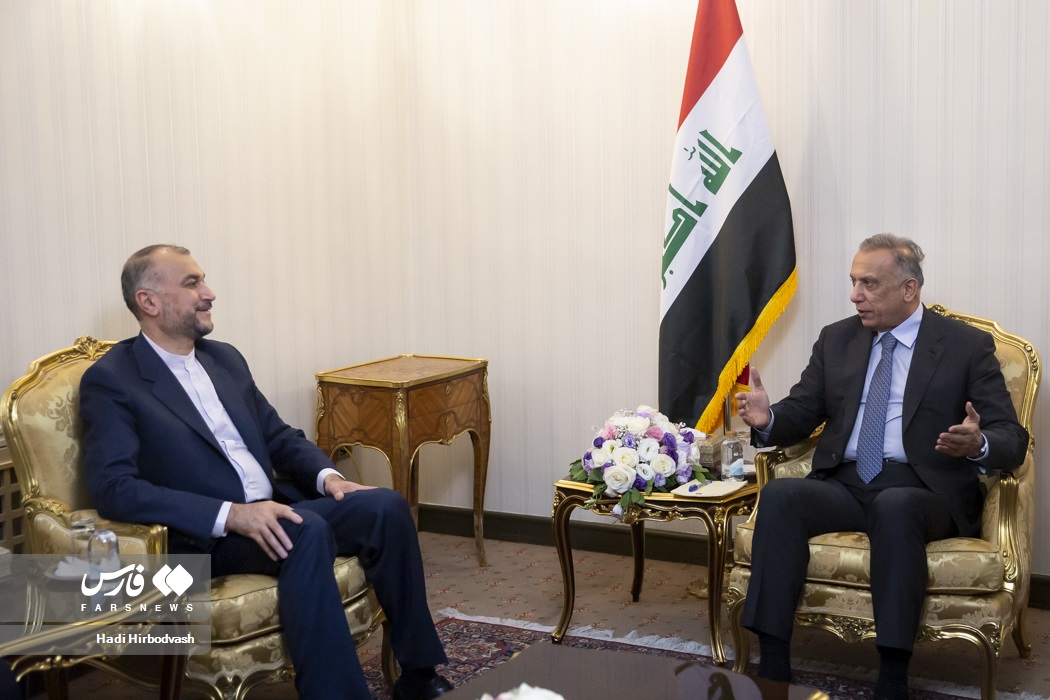 Amirabdollahian raised the issue in a meeting with Iraqi Prime Minister Mustafa al-Kadhimi in Tehran on Sunday.

The Iranian foreign minister thanked Iraq for its constructive role and its help in strengthening the element of talks in regional equations as well as in the talks between the Islamic Republic of Iran and Saudi Arabia.

Iraq has mediated several rounds of talks between Iran and Saudi Arabia.

“The Islamic Republic of Iran wishes nothing but the welfare of the region and supports the reopening of Iranian and Saudi embassies in the capitals of the two countries,” he added.

Amirabdollahian added that the Islamic Republic of Iran believes that the solution to regional problems comes from inside the region.

The Iranian foreign minister also talked about the truce in Yemen and underlined Iran’s support for the continuation of ceasefire and the need for an end to the humanitarian blockade on the country.

In other part of his comments, he touched on the commonalities between Iran and Egypt and described strengthening of bilateral ties between Tehran and Cairo as in line with the interests of the region and the Muslim world.

During the meeting, Iraqi Prime Minister Mustafa al-Kadhimia also highlighted the standing and role of the Islamic Republic of Iran in regional developments.

The Iraqi prime minister noted that Iraq is serious in expanding mutual ties with the Islamic Republic of Iran and continues to play its reassuring role in the region.