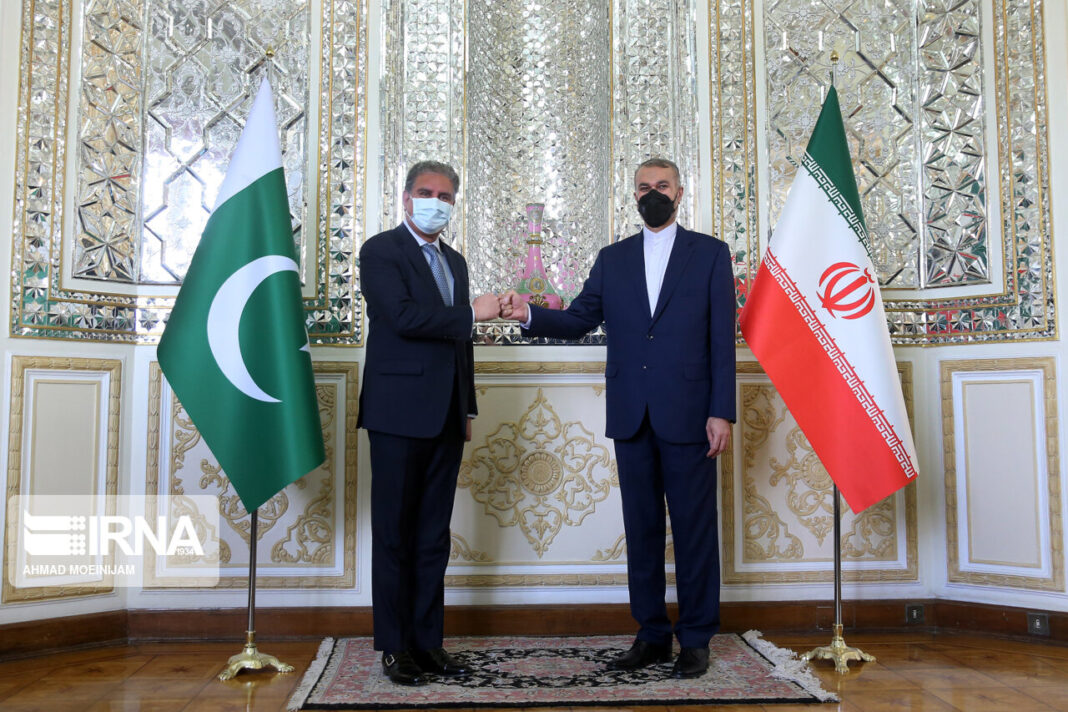 Hossein Amir Abdollahian has, in his first meeting as Iran’s foreign minister, sat down with his Pakistani counterpart Shah Mahmood Qureshi, who is in Tehran heading a delegation.

During their discussions, the two top diplomats emphasized the need for the enhancement of bilateral ties on political and economic fronts.

They also exchanged views on the positive steps taken in recent months with regards to the promotion of Tehran-Islamabad economic relations, particularly the establishment of two new border posts and holding of a joint economic commission as well as a joint trade committee meeting in the near future.

In the meeting, the Iranian foreign minister underscored the need to remove infrastructural obstacles to the promotion of bilateral ties, resolve the existing problems at border crossings, namely facilitate the travelling of trucks through Iran-Pakistan border posts, and further enhance mutual economic relations given the fact that the two countries’ economies complement each other.

He also underlined Iran’s preparedness to meet Pakistan’s energy needs, especially in the domains of natural gas, electricity and industrial products.
He further touched upon Iran’s economic needs which could be met by Pakistani products.

The top Pakistani diplomat, in turn, expounded on his negotiations with officials of three Central Asian countries as well as on the latest situation in Afghanistan.

Also on the agenda of the talks was Tehran and Pakistan’s support for peace and stability in Afghanistan and the establishment of a broad-based government in that country with the presence of all ethnic groups.

Meanwhile, the Iranian foreign minister embraced his opposite number’s proposal to hold a foreign ministerial meeting of six neighbouring countries, announcing Tehran’s readiness to host that meeting in the coming days.