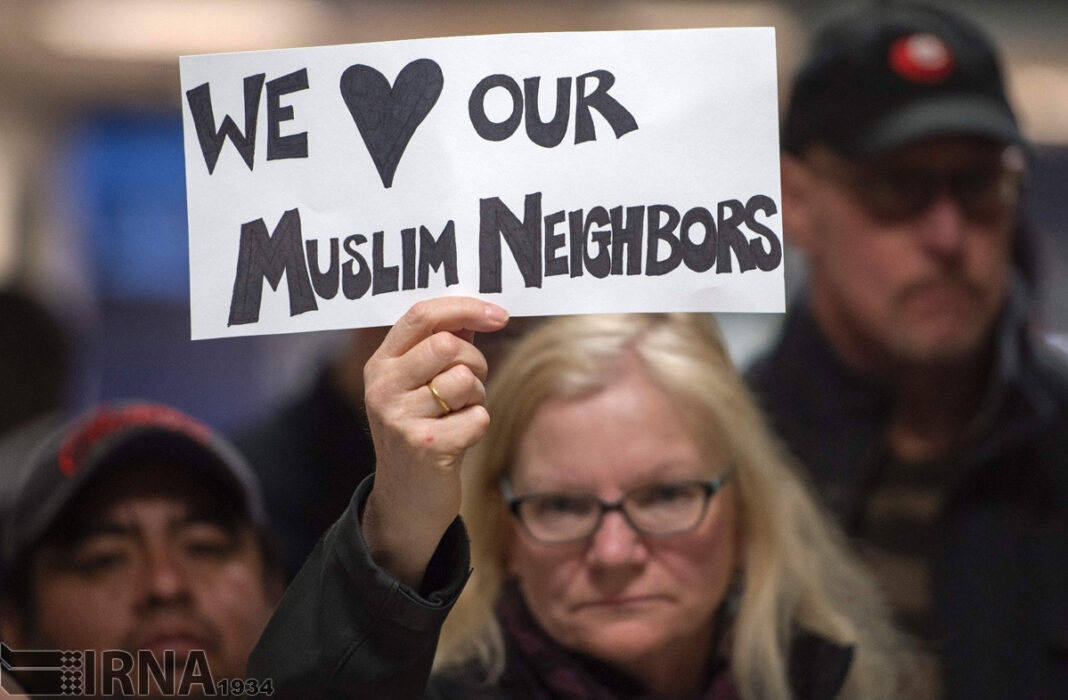 Thousands of people across the United Nations staged rallies in American airports in protest at the visa restrictions introduced by US President Donald Trump.

Donald Trump’s executive order to close America’s borders to travellers from seven Muslim-majority countries caused chaos on Saturday and Sunday, as multiple people who had flown to the US were held at major airports while others were barred from boarding flights.

Many Americans flocked to airports to protest at the decision. Here are IRNA’s photos of nationwide protests held across the United States in protest at Trump’s ban on entry of citizens from seven Muslim states to the US: