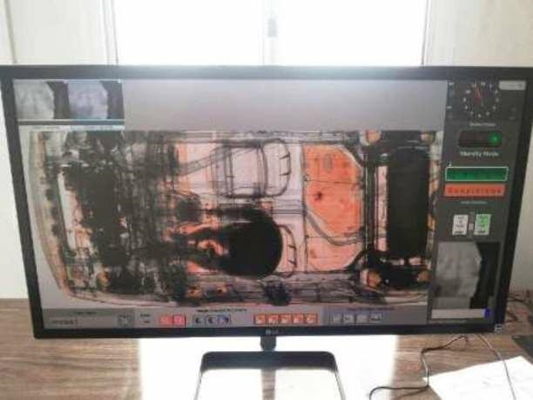 A group of Iranian researchers have developed a fully-homegrown X-ray machine, and a plan is in the offing to export the product.

“Researchers at a knowledge-based company operating in the Isfahan Scientific and Research Township have managed to develop a container X-ray machine from A to Z using domestically-produced equipment,” said Mohammad-Hossein Beheshti, the head of the Centre for Major National Projects of the Science and Technology Department of the Presidential Office.

He said the apparatus was produced with the support of the department and was unveiled by President Hassan Rouhani in a ceremony marking National Nuclear Technology Day.

Speaking in an interview with Mehr News Agency, he said X-ray equipment used in Iran had been imported so far.

“This device is completely Iranian-made, and even the equipment used in it has been produced in the country; so, the [mass] production of the device can save the country’s foreign currency,” he said.

The researcher noted this equipment obviates the need to completely unload a truck in order to check the cargo.

“Rather, the truck passes through the [X-ray] machine, which shows up the contents inside,” he said.

He said now that the smuggling of goods and narcotics has become a key issue, the machine could be used to monitor vehicles crossing the border.

“This machine is installed over the truck at the customs where the cargo is scanned and authorities can tell whether or not the truck is carrying any special items based on the information shown on the monitor,” he said.

The researcher underlined that no other company in Iran has, so far, managed to produce a completely Iranian X-ray machine.

“Some of the equipment used by some companies [producing X-ray machines] are imported,” he said.

The researcher noted the Iranian version of the machine has less price than similar foreign-made devices, and hence, would be more economical.

He said the Scientific and Technological Department of the Presidential Office has sponsored the project and offered loans to those developing the device.

Beheshti noted that the necessary permits have been issued for the production of the X-ray machine.

“As this machine has radiation, the AEOI should issue the necessary permits for the device to be produced and handed over to police,” said the researcher.

He said the machine will not only be used to meet local needs, but will be exported as well.

The machine has been handed over to the Police Force with the permission of the Atomic Energy Organization of Iran (AEOI).