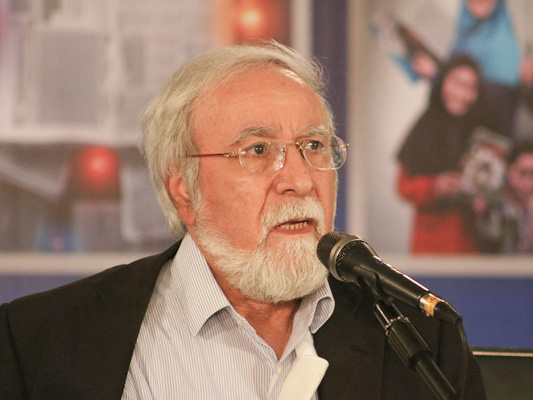 A former Iranian diplomat says the parties to the agreement on Aleppo were not able to deal with rebels if Iran didn’t intervene in the peace talks.

Syrian President Bashar al-Assad is hopeful about these negotiations which he considers a platform for the dissidents.

Meanwhile, Sabah Zanganeh, a former Iranian envoy to the Organization of Islamic Cooperation (OIC) and an expert in Middle East affairs, believes that Tehran has played, and will play, a key role in Syria negotiations.

“Several questions were to be considered in Aleppo Agreement,” Zanganeh stated in a Farsi interview with Khabar Online.

“The problems raised in the raw deal between Russia, Turkey and armed groups have been partially resolved through Iran’s intervention. Based on the agreement, the inhabitants of al-Foua and Kafarya villages must be allowed to leave these towns after the withdrawal of armed forces. They have been strictly under the siege of armed groups, and encountered serious problems in their food and water supply, and healthcare.”

“There was no firm commitment, though, and the armed groups didn’t allow government buses to transfer the residents out of the towns. Anyway, some of their needs were met thanks to Iran’s insistence. Some inhabitants were saved, while they couldn’t leave those regions if Iran didn’t exert pressure on some parties of the deal.”

“The negative point, however, was that the armed groups left Aleppo. It means that they will go to another region and cause problems there,” he added.

Regarding the possible Russian sabotage of the deal, he expressed, “I rather consider it an act of inexperience and naivety.”

“For Iran, the US has a destructive role in the region, one of a warmonger and supporter of ISIS,” he noted, referring to Iran’s opposition to the US presence in Astana negotiations.

“The US has repeatedly and clearly acted against the Syrian government forces by bombarding them and destroying their stockpiles of weapons to make way for ISIS to enter regions such as Deir ez-Zor.”

He stressed that the US presence may cause disturbance in the region and lead to ceasefire violation.

“The US undertook not to let its army intervene in the Syrian scene; but did so, and is helping the ISIS terrorists under the pretext of fighting against them. Recently, the US provided ISIS with weapons in Deir ez-Zor airport to make it capable of breaking the blockade and occupy the city.”

“Turkey, on the other hand, is somehow playing the role of Washington’s representative. So its direct participation is not needed.”

“The Astana negotiations is just a step forward,” he said, referring to the future of peace talks on Aleppo.

“We are taking this step after the considerable victories of Syrian governmental forces in the liberation of Aleppo. Thus, Syria has the upper hand in the negotiations.”

“Besides, the Syrian government has made compromises with tribes, nomads and families of different regions; an attempt that reduced the number of rebels and attracted some of them to government forces.”

Zanganeh believes that now the Syrian government holds a stronger position; its opponents, thus, should strive to find their place in the negotiations as it is crucial for their future.

“Regarding Turkey’s position on Syria, it is probable that Turkey uses the armed forces who left Aleppo for Idlib again, and provokes the unrest in order to fulfil its desire to occupy some cities in the north-western Syria.”

“To cope with this problem, the Syrian government should act carefully. Russia also should be sensitive in dealing with the case,” Zanganeh noted.

The peace negotiations between the Syrian government and the opposition in Astana will be held on January 23 and 24.

The talks will be addressing issues such as the further stabilization of the all-Syria ceasefire, effective confrontation with terrorism, and intra-Syrian dialog toward the achievement of a political solution to the crisis.