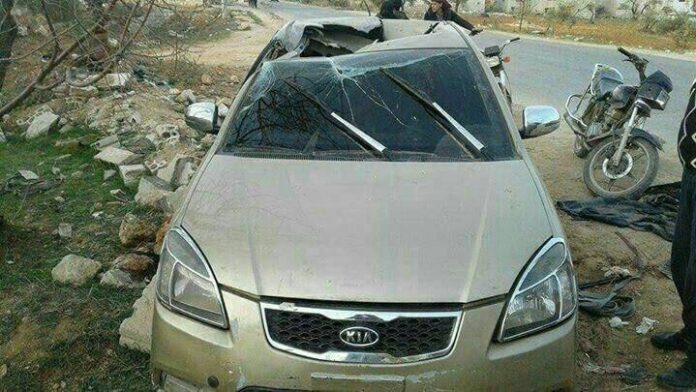 Al-Qaeda’s number two man, Abu al-Khayr al-Masri, has been reportedly killed in a drone strike in the vicinity of Idlib, Syria, according to reports.

Al-Masri, also known as Ahmad Hasan served as the deputy of Ayman al-Zawahiri. Al-Masri was believed to have been operating in Syria since 2015.

Reports coming in from Syria confirms the death of the 59-year-old Egyptian. Images posted on social media hinted that al-Masri was the target of a US drone strike as he was travelling in his car on Sunday.

The images posted on Social media shows al-Masri’s car, a Kia, with a massive hole on the roof. Also on the post was the picture of several rescuers trying to get the body out of the vehicle, News Line reported.

Abu Khayr al-Masri was initially a member of the Egyptian Islamic Jihad at the start of his path towards terrorism. He fled Egypt in the 1980’s and found his way to the Balkans to fight in the Bosnian war.

Al-Masri was also an explosive expert and he was allegedly behind the waves of terror attacks, including the US embassies in Kenya and Tanzania back in 1998.

He also fought in Afghanistan where he became a close associate of Zawahiri.