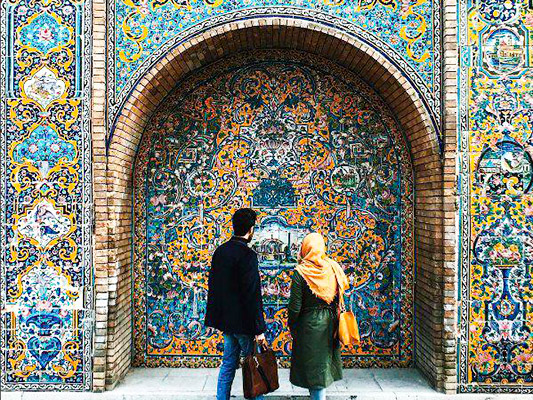 While US President Donald Trump has banned Iranian citizens from entering the US, the well-known home-sharing company Airbnb has lauded Iran’s beauty and Iranian people’s hospitality, pledging support for the travellers harmed by Trump’s visa ban.

According to a report IFP, a few days after US president Trump signed an executive order indefinitely banning Syrian refugees, and temporarily blocking refugees and citizens from six other Muslim majority countries of Iran, Iraq, Sudan, Somalia, Yemen and Libya, the American lodging company Airbnb, an online marketplace and homestay network, issued its own response for refugees: “We’ve got a free place where you can stay.”

On Saturday (January 28, 2017) the company’s CEO Brian Chesky tweeted, “Airbnb is providing free housing to refugees and anyone not allowed in the US.”

In addition to offering support to Iranian immigrants and tourists as well as refugees from the other six Muslim states, Airbnb, in some of its recent Instagram posts and photos, has lauded Iranians’ hospitability and depicted the country’s beauty, saying it always holds the doors open for, and welcomes, anyone not allowed in America.

In the caption of a photo depicting a young man and a woman standing in front of the alcove of an Iranian mosque, it quotes a foreign tourist, who had visited Iran last year, as saying: “If Paris is the city of love, then Iran is the country of love. I have never seen so much love given so freely. I found Iranians to be some of the most loving, cultured and intelligent people I have ever met.” 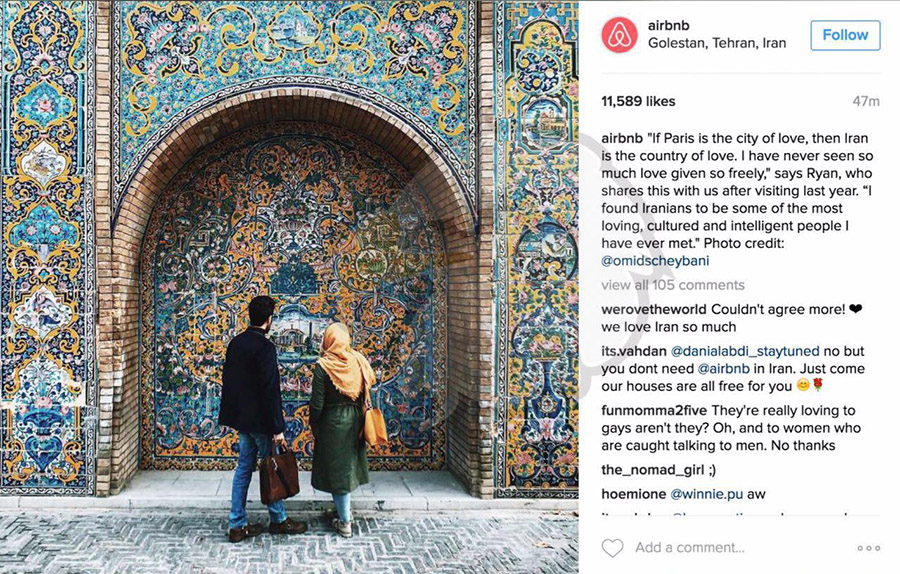 In the caption of another photo picturing Isfahan’s Si-o-seh pol (the bridge of thirty-three spans), it writes, “Si-o-se pol, or 33 Arches, is an iconic bridge in Isfahan. Hidden within the archways are tiny tea houses to gather with friends. There’s no better symbol to show the power of what can happen when all we come together.”

Another photo shows the picture of a number of Iranian youths sitting at a table in a beautiful traditional old café in Tehran. Its caption quotes a young Iranian as saying, “The people are what make our global community beautiful and strong. These are some of my best friends in Iran. Every time, I visit [them], they drop everything to make themselves available so we can catch up and see the many beautiful sights that Tehran has to offer. They are all very ambitious people who hope for a better future, either in Iran or abroad.” 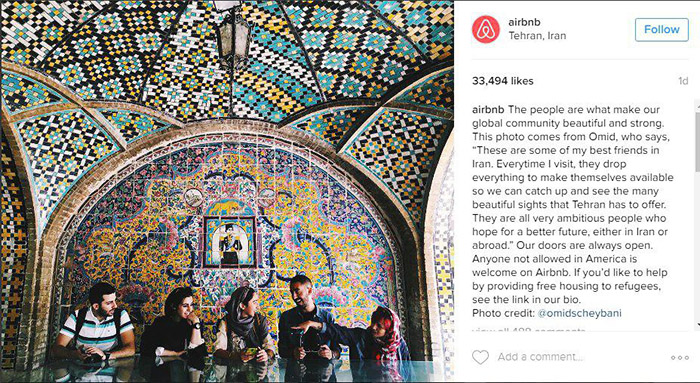 In the same caption the company promises: “Our doors are always open. Anyone not allowed in America is welcome on Airbnb.”

The company’s Instagram posts come as no one in Iran can go to Airbnb’s website due to the US sanctions restricting Iranian users’ access to it. Upon writing www.airbnb.com in the address bar of their browsers, Iranians are faced with the following message instead of the company’s page:

“We’re sorry. Airbnb is unavailable in your location. Error code: 451. Airbnb is required to comply with US sanctions laws that restrict the use of our site in certain jurisdictions. Because of this, our services are not available in Crimea, Iran, Sudan, Syria, and North Korea. If you feel you have reached this page in error, please email us.” 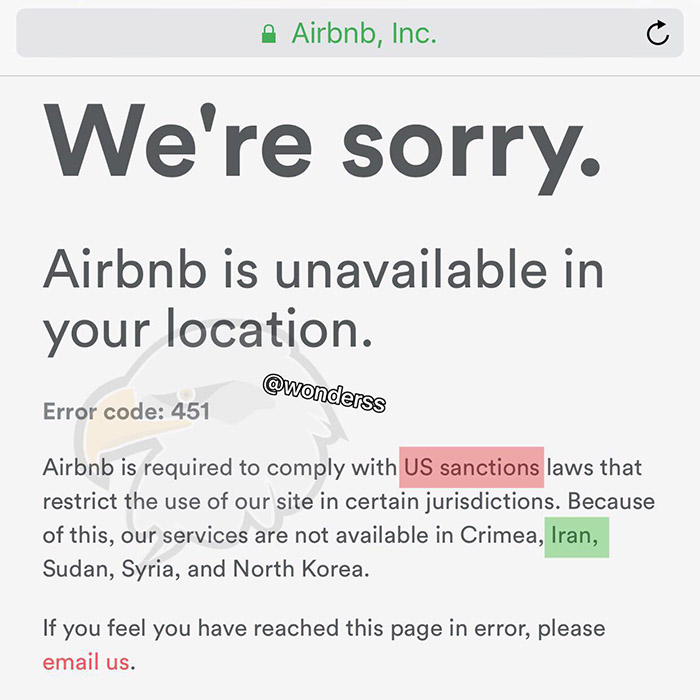