Ahmadinejad’s unauthorized university up and running 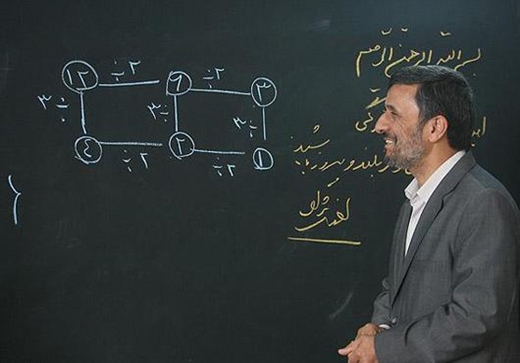 Unconfirmed reports suggest that the University of Iranians has started to admit students in defiance of the science ministry’s revocation of its permit.

The University of Iranians, the technical university proposed by former President Mahmoud Ahmadinejad, is enrolling students despite earlier reports that its permit had been revoked by the Ministry of Science, Research and Technology.

When in office, Ahmadinejad received authorization from the Supreme Cultural Revolution Council to set up a university which was to focus on information technology, nanotechnology, aerospace and nuclear science.

Mardom-e Emrooz daily on January 17 filed a report on the controversial move of the university to admit students. The following is a partial translation of the report:

The University of Iranians is up and running despite the fact that the technical university has been banned from enrolling students. A website affiliated with the former president has reported that the university’s call for enrollment for online courses on different subjects has been met with warm and unexpected welcome from applicants.

The website goes on to say that the classes have been filled to capacity and university officials are trying hard to handle the students’ affairs and organize the classes. Short-term courses on *Humorism and Principles of Traditional Medicine are among the lessons the applicants have showed great interest in. These two virtual courses will open soon.

The students who take online courses will be given the university’s official certificate when they complete their studies.

Establishment of a branch in Venezuela; is it hearsay?

Last week when President Nicolás Maduro was on an official trip in Tehran news came out on the establishment of a branch of the University of Iranians in Venezuela in cooperation with Bolivarian University of Venezuela.

The report also said that based on a previous cooperation deal between the two universities, a branch of the University of Iranians will open in Caracas in September 2015.

Reliable sources have not commented on the establishment of a university branch in Venezuela, or any other country for that matter.

Other news suggests that President Evo Morales of Bolivia has invited Mahmoud Ahmadinejad in a letter to visit Lapaz where he is expected to be granted an honorary doctorate at the University of St Andrews.