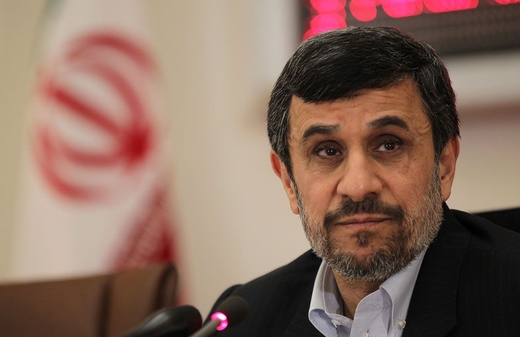 The office of Iran’s ex-president has reacted to the recent criticisms against Ahmadinejad’s government over the mistakes that have allegedly led to a recent US court ruling to seize Iran’s assets.

Since the recent move by the US to confiscate nearly $2bn of Iranian assets in order to give it to the families of the victims and survivors of 1983 Beirut bombing, Iranian media has been covering the issue from two perspectives. The conservatives have been blaming the incumbent administration of President Hassan Rouhani and have criticized the government’s excessive optimism towards the West (the US in particular).

On the other hand, the pro-government and reformist media, while strongly condemning the move by the US Supreme Court, have been pinning the blame on the former government for their purchases of US bonds in spite of the hostile relations at the time between Tehran and Washington.

Among the critics who have blamed the former administration are the current Governor of the Central Bank of Iran (CBI) Valiollah Seif, as well as the former CBI Chief Tahmasb Mazaheri, two of the most important figures in finance.

In a statement released on Wednesday, the Public Relations Department of the office of Mahmoud Ahmadinejad, the ex-president, rejected these criticisms and claimed that Rouhani’s government has made the country seem weak enough for the US to dare to make such a move.

Here is IFP’s translation of excerpts from the statement published by the website of Ahmadinejad’s office.

The recent move by the authoritarian US government … has become a new pretext for [Iranian] statesmen and political and media figures close to them to attack the former government.

The US administration has looted the Iranian nation’s assets in the current year and under the incumbent government, while the pretext for which the court ruling was issued dates back to 1983. It is not clear why, and for what hidden motivation, this cruel move by the US is being attributed to Ahmadinejad’s government.

They have claimed the managers of Iran’s Central Bank during the previous government were not careful enough, and should not have trusted in the international rules and regulations governing the global banking ties. They claim such trust has resulted in the assets seizure this year.

The US government did not dare to encroach upon the Iranian nation’s resources at that time, because the government of Ahmadinejad always behaved in a wise way and maintained the country’s honour and dignity.

The Iranian nation, however, has been portrayed as a weak nation in the international arena in recent years, and this has emboldened US statesmen. So the question is: isn’t this the reason behind the recent “plunder”?

The money was stolen right at the time when the Iranian foreign minister was in the US, holding private, long, secret, and repeated meetings with his US counterpart. Isn’t the seizure of assets related to the meetings and the topics discussed by the two? Isn’t this the continuation of a long-running drama to humiliate the Iranian nation and government?

The incumbent government says that Ahmadinejad’s cabinet members should not have trusted the Americans, or even in international rules and regulations. If that is true, why did they curb, dismantle, and shut down the country’s nuclear program, including facilities that were worth almost $30bn, based on the US Secretary of State John Kerry’s ambiguous promises without any guarantees?

The government’s trust in US statesmen and their promises, and the subsequent weakening of Iran’s international position in the past three years have led to a sharp drop in the Iranian nation’s most valuable asset, crude oil, from $105 to $35. If this remains unchanged, almost $150m a day and almost $55bn a year will be picked from Iran’s pocket and given to the negotiating sides [from the nuclear talks] or their allies.

People expect the government to avoid illogically pinning the blame on others, accept their own responsibilities, try to pursue the issue, and reclaim the nation’s rights.