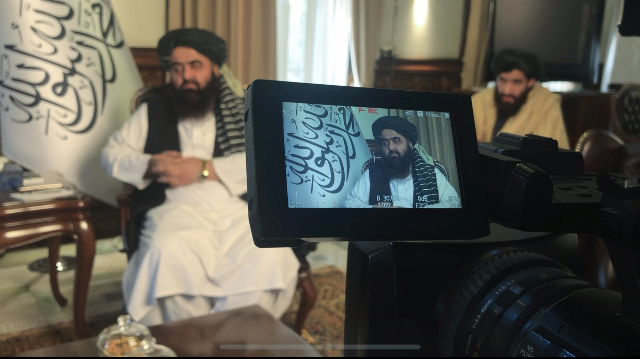 Acting Afghanistan Foreign Minister Amir Khan Muttaqi says the new government is exercising power over the whole country, and the Islamic Emirate-led government will not pose a threat to any country in the world.

Muttaqi, who was talking with Afghan citizens in the United States in a video conference, stated the government has pledged to not allow foreign countries to interfere in Afghanistan’s internal affairs, and that Afghanistan will open a new chapter of good governance and relations with neighbors and regional and world countries.

He added that the political isolation of Afghanistan is not in the interest of anyone.

“We seek positive and constructive relations with our neighbors, region and the world. We want positive interaction based on mutual respect with all nations,” Muttaqi told the participants of the conference.

“We sought to enter Kabul city through dialogue and understanding, but as the head, and security organs of the previous administration chose to run away and a power vacuum gripped Kabul, public figures and residents of Kabul requested our forces to enter the city and establish security, he added.

The acting foreign minister once again announced that the Islamic Emirate entered Kabul with a message of national unity and had no plans of killing or detaining anyone. Some of former opposition are still living a dignified life under the shade of the Islamic Emirate, he said.

He added that Afghans deserve to have a good life in their own country. The new government does not want its citizens, specifically its educated and professional cadres, to be encouraged or forced to migrate to Europe.