Afghan protesters call on US to release frozen assets 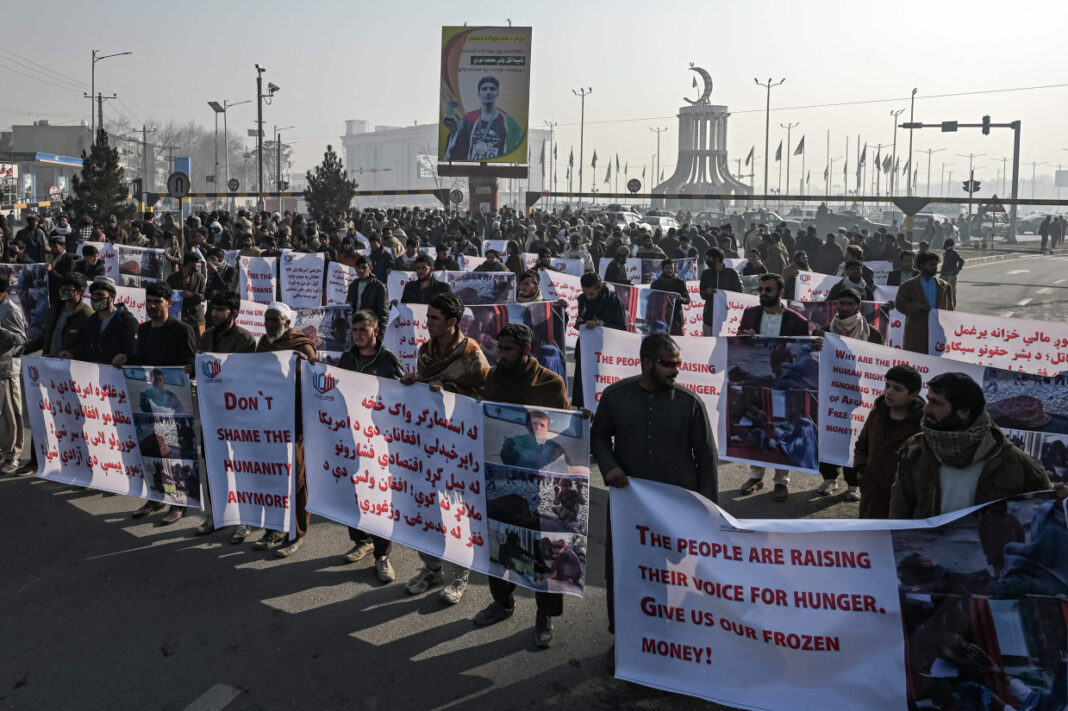 Hundreds of demonstrators marched towards the shuttered United States Embassy in Kabul on Tuesday, calling on Washington to release Afghanistan’s frozen assets.

Holding banners reading, “Let us eat” and “Give us our frozen money”, the protesters chanted slogans and marched down a central avenue, with the ruling Taliban providing security.

International funding to Afghanistan has been suspended and billions of dollars of the country’s assets abroad, mostly in the United States, were frozen after the Taliban took control of the country in mid-August.

The lack of funding has battered Afghanistan’s already troubled economy, leading to increasing poverty while aid groups warn of a looming humanitarian catastrophe.

State employees, from doctors to teachers and administrative civil servants, haven’t been paid in months. Banks, meanwhile, have restricted how much money account holders can withdraw.

No country has yet officially recognized the country’s new Taliban rulers due to the armed group’s previous track record. The Taliban’s previous regime 20 years ago banned women and girls from education and public life, mandated beards for men and attendance at prayers, banned sports and entertainment and carried out public executions.

But current Taliban government officials say their rule will be different, including eventually allowing education for all girls, and have called on the international community to release funds and help stave off a humanitarian disaster.