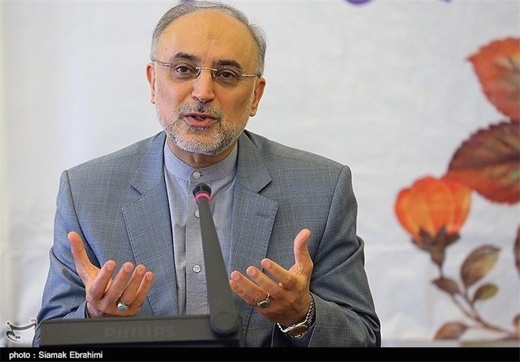 AEOI chief Ali Akbar Salehi has said that the other side will blame the failure of JCPOA on Iran and Tehran will consequently lose everything if parliament makes changes to the deal.

Head of the Atomic Energy Organization of Iran (AEOI) Ali Akbar Salehi reminded the country’s parliamentarians that the finalized text of a comprehensive nuclear deal between Tehran and six world powers could not be amended or revised.

Speaking to reporters in the city of Isfahan on Monday, Salehi said the Joint Comprehensive Plan of Action (JCPOA) could not undergo any changes during the process of scrutiny in Iran’s parliament.

With any change, the other side will blame the failure of JCPOA on Iran, and Tehran will consequently lose everything, he added.

The 159-page deal has its own opponents and proponents both in Iran and the other countries that are parties to JCPOA, particularly the US.

Diplomats have already made it clear that the document could be either approved or rejected, and no amendment or revision could take place.

Geological and seismological studies are now underway on the new nuclear power plant’s site, he noted.

On Saturday, head of Russia’s State Atomic Energy Corporation (Rosatom) said that preparation work for the construction of the second unit at Iran’s Bushehr nuclear power plant has begun.

In 2014, Iran and Russia agreed to build two new nuclear reactors on the Bushehr site, starting in the fall of 2015.