A terror group which bites the hand that feeds it 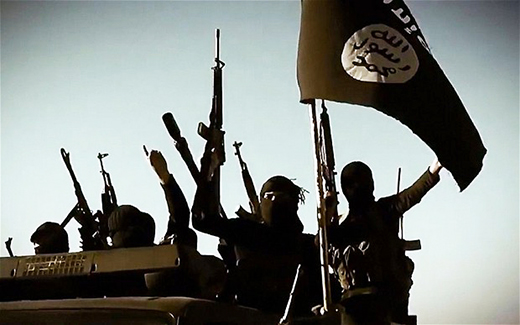 A university professor has said that the West created terrorist groups such as ISIS to stem the spread of Islam, but their measure boomeranged.

An Iranian university professor says the West has been terrorized by what it helped create in the Middle East: Daesh (ISIS).

Ebrahim Fayyaz, a professor of social sciences at the University of Tehran, made the comment in an interview with Mosalas, a weekly news magazine (the 289th issue) and added that the new polarizations – Shiite Islam versus those who carry out acts of violence in the name of Islam on the one hand, and Liberal Democracy versus fundamentalism on the other – are not perpetual.

During the extensive interview, Dr. Fayyaz took a sociological look at the reasons why European youth are lured to join ISIS, the terror group’s notorious ideology, as well as the Arba’een March and its goals and message, violence in the name of Islam, and the exit strategies.

The following is the THIRD and FINAL PART of the translation of the professor’s remarks on the theorization of violence and how to get out of the crisis:

Polarization of thoughts: Perpetual or ephemeral

Polarization of schools of thought such as Liberal Democracy and fundamentalism is not a lasting phenomenon. Such thoughts are on the brink of collapse. The war which is being fought [between different schools of thought] is harsh and violent. European thinkers and people too appreciate this.

The future of such movements [and ideologies] is bleak and their followers have realized that uncertainty lies in their future. They say that terrorism has become homegrown in the West, and that accusing the times is but excusing ourselves, so to speak…. They did this [created, funded and nurtured terrorist groups] to stop the spread of Islam in Europe, but what they did backfired.

When 9/11 attacks were launched in the United States, I was in Germany. I saw Iranians come to the Frankfurt Book Fair asking for copies of the holy Koran, but the Iranian publishers had not brought even one volume of the divine book. It terribly enraged me. At the same event Germans sold many copies of the Koran.

The 9/11 attacks were a kind of violence the West incited, but the attacks caused Europeans to pay more attention to the holy Koran. The attacks did nothing to arrest the growth of Islam, and the divine faith grew at a pace even faster than before.

In the structure the Americans have developed, the FBI advocates activities by violent Islamists in the United States, but it does not allow the Shiites to be active. Saudi Arabia too has dedicated staggering funds to help enforce such a policy in other countries.

They [the Saudis] were pursuing an agenda which called for the development of a violent version of Islam which was also favored by the deviant British-promoted Shiism. At the same time, they did not want to authorize activities by the Shiite Islam which was centered on the school of thought put forward by Imam Ali.

What comes to the fore is the fact that the West initiated such a movement, but Western countries are the ones who bear the brunt of the terrorist acts of these violent groups. So the West will eventually pivot. The governments may fail to do so, but the silent majority and Western thinkers will definitely do so.

I gather that a number of thinkers in Germany are interested in Alawi Shiism [the Alawites follow a branch of the Twelver school of Shiite Islam,] and its concepts. They describe Germany as the West’s seminary school. No doubt, they [the Western countries] will fail [in their attempts] due to the senselessness of violent acts.

The paradigmatic failure of the West will, in no way, translate into its victory; the fact remains that these two [the West and its paradigm] will collapse. ISIS is akin to the violent Western ideologies, such as nationalism and nation states as far as its format goes. Such a movement [violent ideologies] came to a head during the Second World War when Hitler was in power and millions of people were killed.

In a not-too-distant future a number of nations will move toward and opt for the wisdom and ideology of Imam Ali. Are we ready for [embracing] Imam Ali’s ideology and wisdom? The Ummah-Imamate mindset is an international theory which does not solely belong to Shiism. It is based on the ideology and the governance of Imam Ali who did nothing in war which crossed the ethical red lines. The Sunni thinkers follow his example, but nothing has yet replaced it.

A way out of the crisis

The aristocracy which comes with capitalism in Europe has pushed people toward a path which is against ethical values and brings them humiliation. In the West there are multiple unethical issues [gripping society]. People in the West have shown no hesitation in talking about such immorality. A case in point is the use of chemical bombs against the Iranians. Westerners are mainly to blame for the death and injury of a large number of Iranians, but today they are concerned about the bombs which might be set off by ISIS.

This reveals the big mistakes the West has committed in promoting unethical issues in society. Homosexuality, which is far from ethical norms and standards, has been promoted on a number of fronts. Questions associated with family are yet another major crisis in the West.

The collapse of civilization, social order and rationality in the West as well as the mentality of Western politicians and their civilizational stupidity do not point to a promising future in the West.