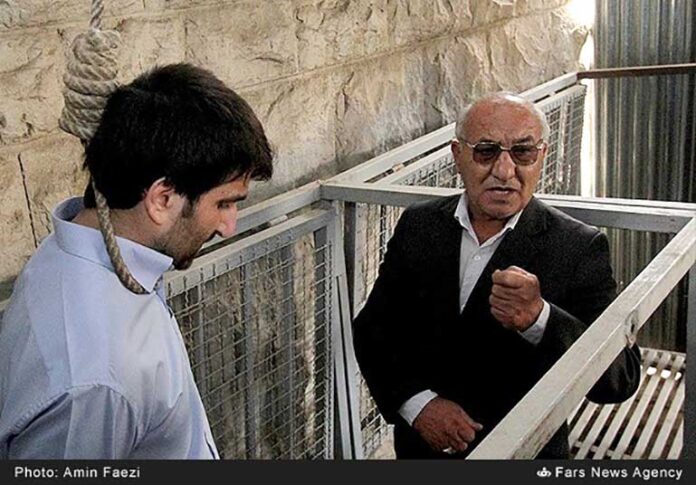 Images of a convicted killer being spared by the family of the murder victim.

A convicted murderer who was supposed to be hanged early Wednesday was forgiven and thus spared by the family of the murder victim: Mohsen Dehgahn, who was a manning a Basij checkpoint when he was shot dead in 2010.

The following images have been released by Fars News Agency: