A Saudi proposal Putin turned down 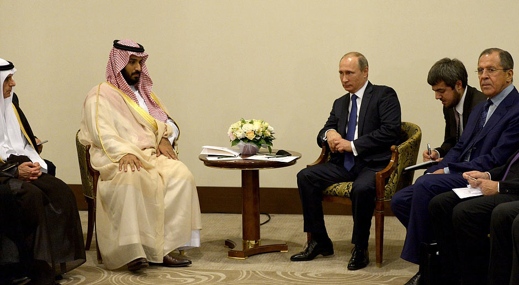 President Putin of Russia has reportedly turned down $300 billion in Saudi kickbacks to topple Assad.

In a secret meeting in Russia with President Vladimir Putin, Saudi Defense Minister Mohammad bin Salman has said that his country and Qatar stand ready to pay $300 billion to Russia to topple the Assad regime.

According to Lebanon’s Addiyar Newspaper, at the meeting, President Putin said his government is not mafia to kill its friends or foes in exchange for money and that peanuts do nothing to change Moscow’s strategic principles.

In response, the Saudi minister said his proposal is not limited to the $300 billion in question which will be followed by hundreds of billions of dollars in investment. At this point, according to the Lebanese paper, in order to change the subject, Putin asked whether Prince Salman was into sports.