IFP has taken a look at the front pages of Iranian newspapers on Thursday, September 19, 2019, and picked headlines from 9 of them. IFP has simply translated the headlines and does not vouch for their accuracy. 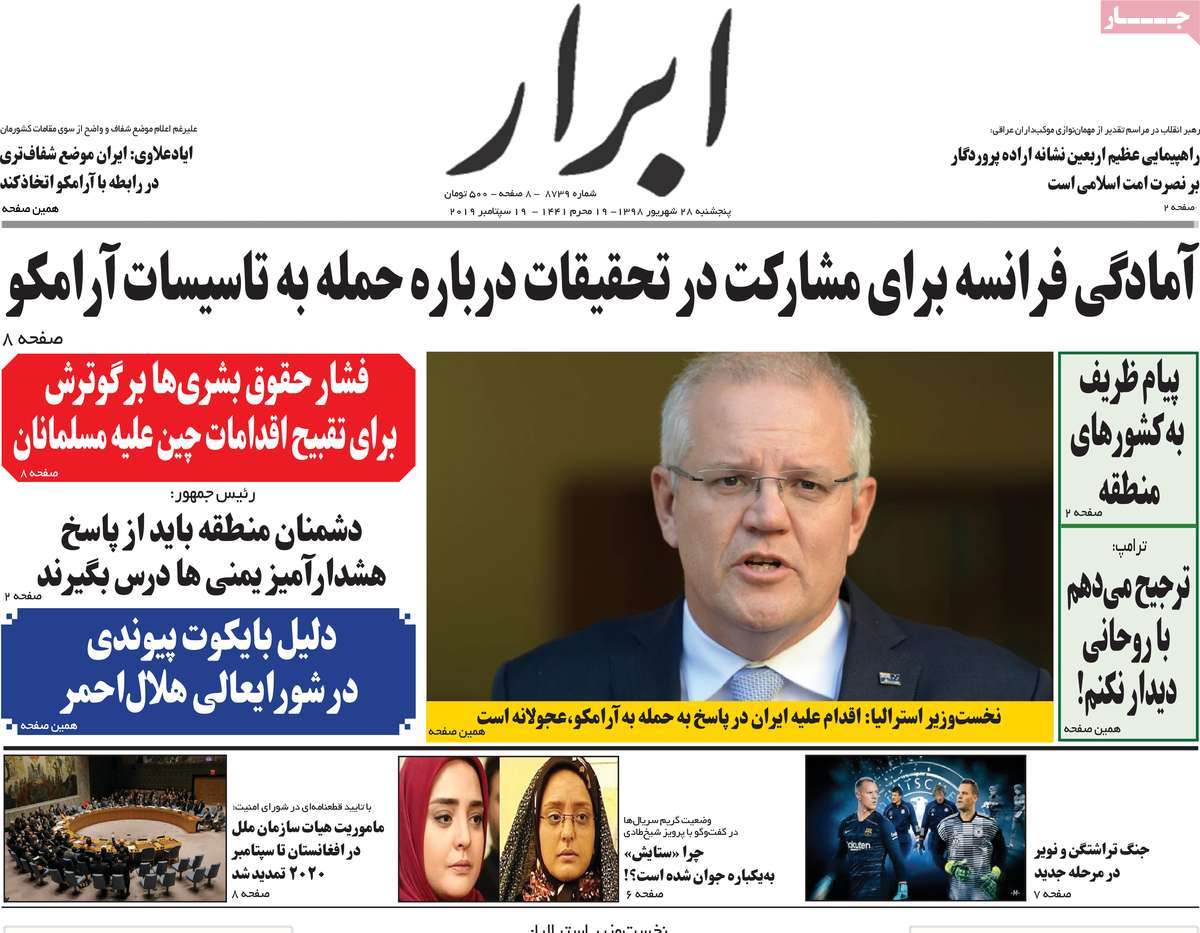 Aftab-e Yazd:
1- Iran Leader: Arba’een March Harbinger of Islamic Ummah’s Ultimate Victory
2- US Moves Based on Its Own Interests, Not Al Saud
* Politico: Trump Not Interested in Military Confrontation with Iran 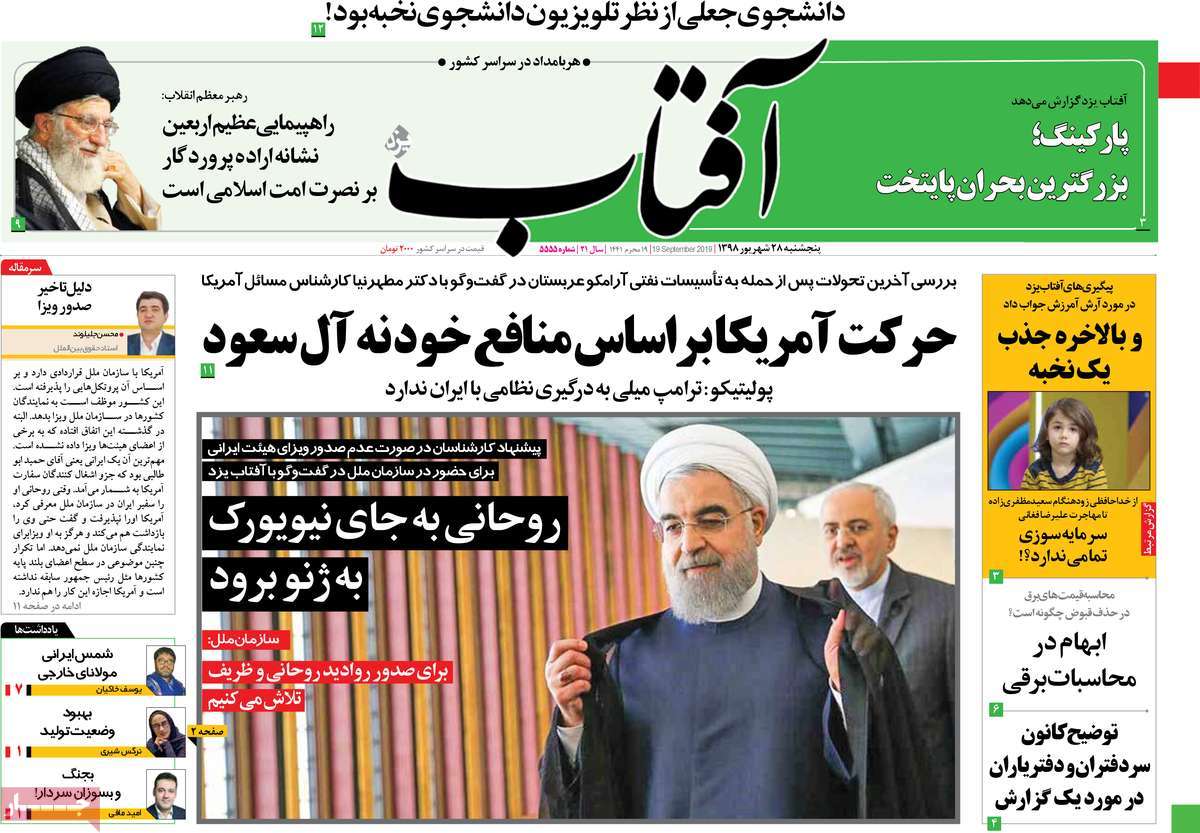 Arman-e Melli:
1- Will Rouhani Go to New York?
* US Has Yet to Issue Visa to Rouhani, Zarif
2- Aftershocks of Israel Elections: End of Netanyahu 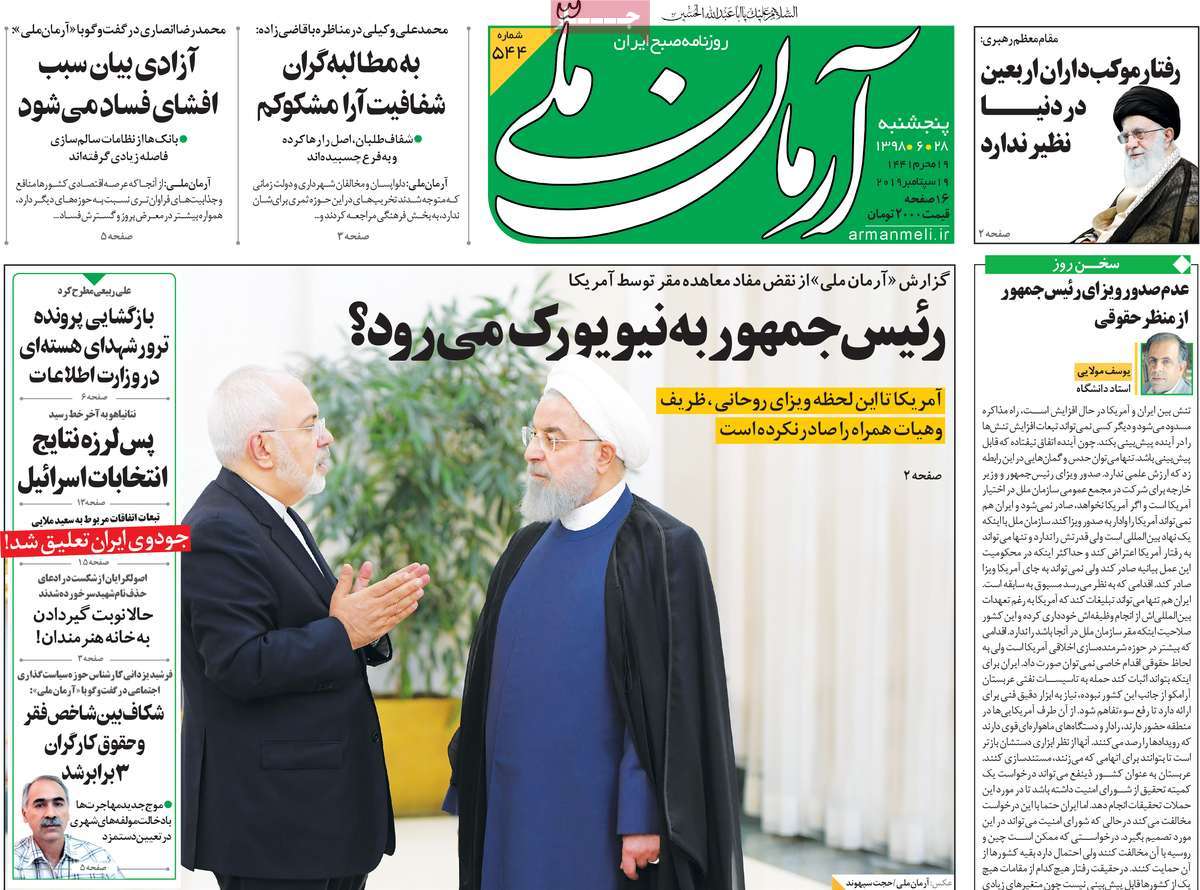 Ebtekar:
1- Tehran Gives US Ultimatum in Reaction to Accusations
2- Iranian, Iraqi Nations Intertwined from Bottom of Hearts: Leader
3- End of Bibi’s Game: Another Member of B-Team to Be Removed 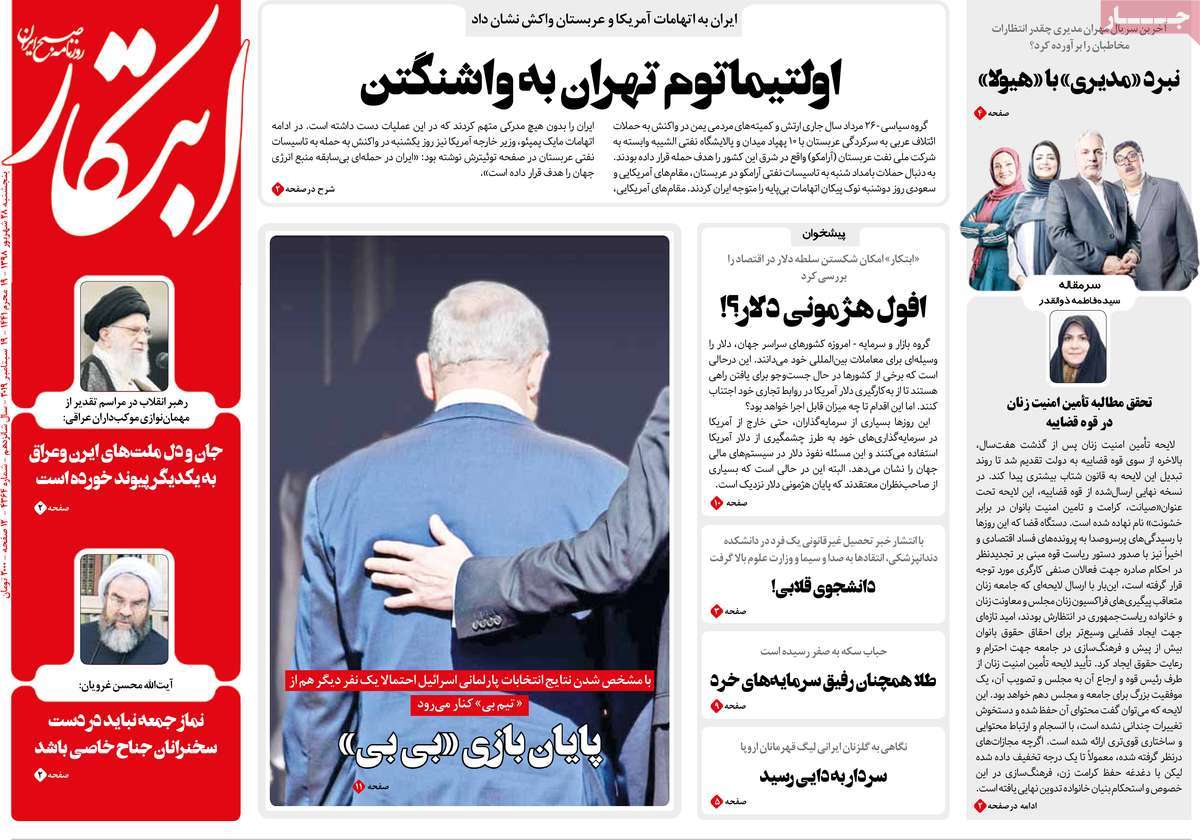 Etemad:
1- Netanyahu on Edge of Precipice
2- Trump: Israel, Not a Single Person, Is the One We Deal with 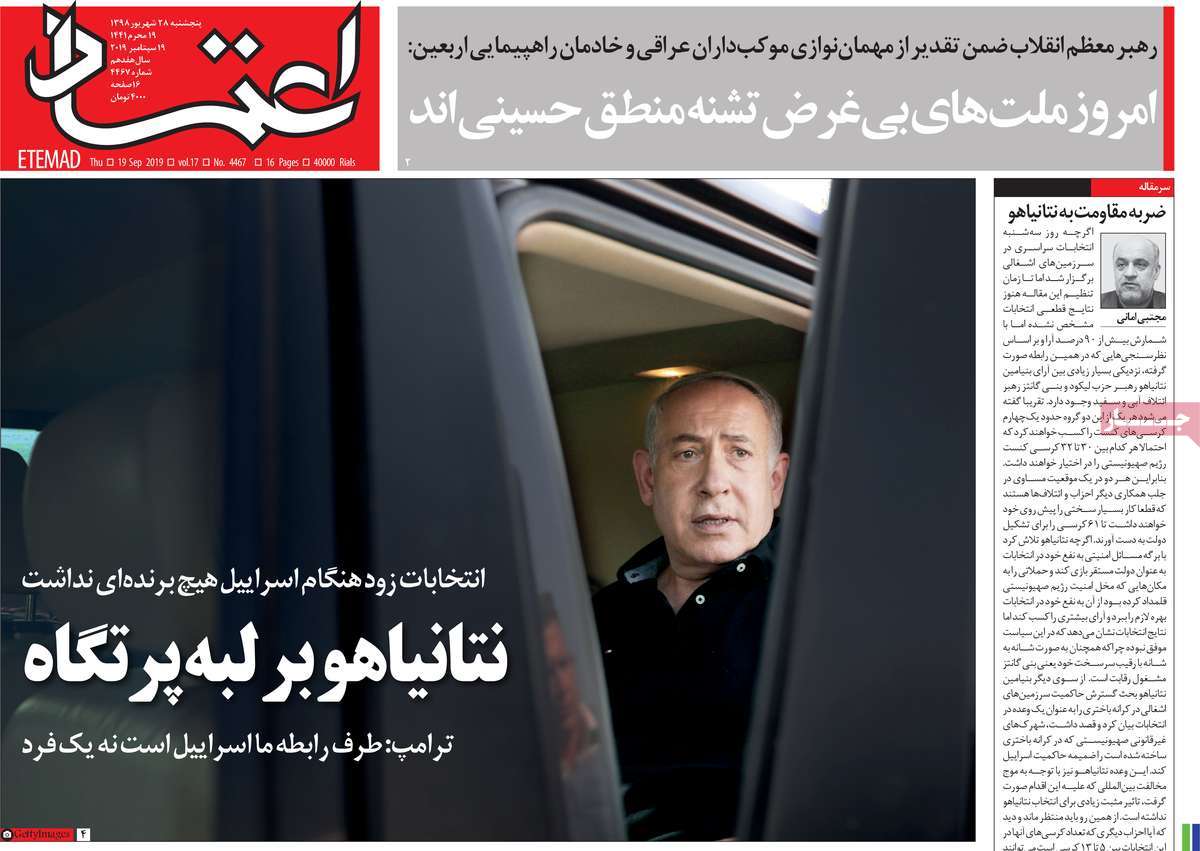 Ettela’at:
1- Bloomberg: Iran Too Big to Be Isolated
2- Shamkhani: Iran to Give Decisive, All-Out Response to Possible Mischief
3- End of Dollar’s Hegemony in Iran’s Trade with Three Neighbours 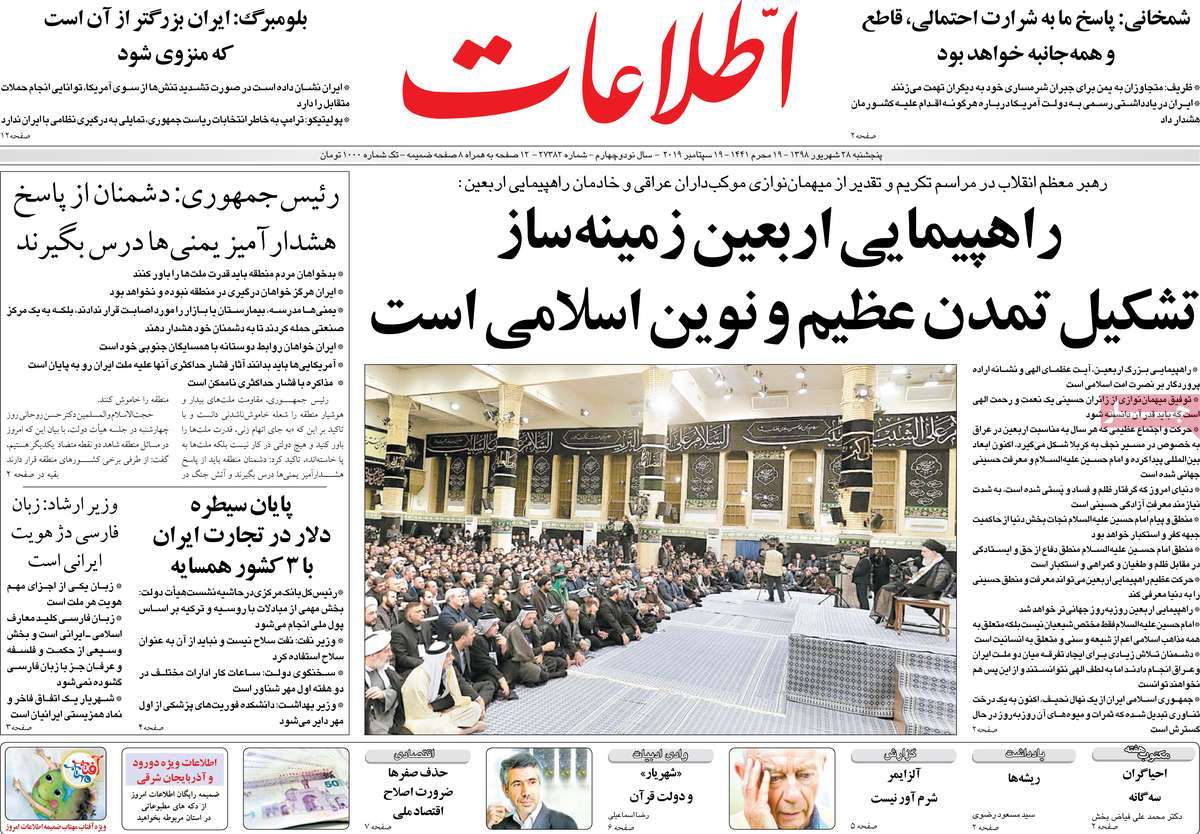 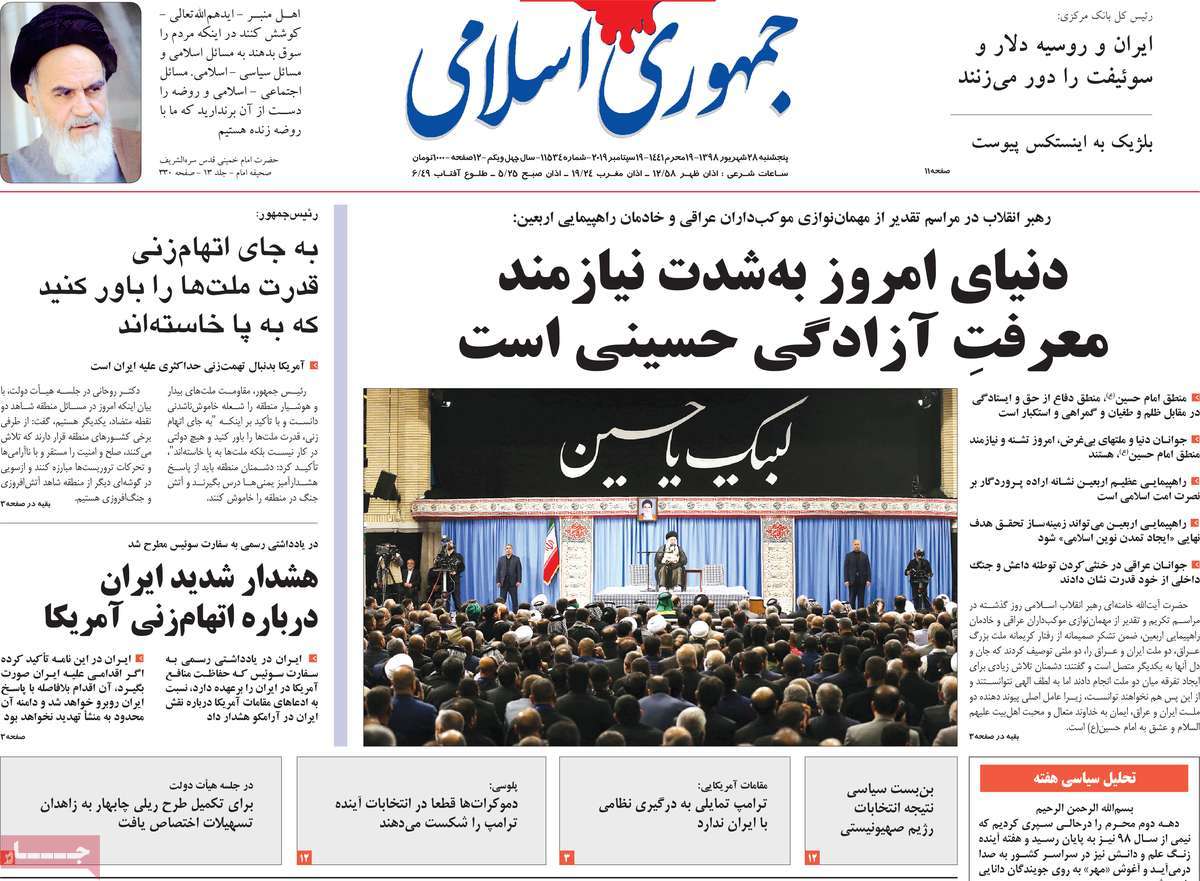 Kayhan:
1- Photos of Aramco Attack Only Prove They Were Very Precise: Analysts
2- Netanyahu in Limbo: PM Office or Jail
* No Candidate Wins Majority 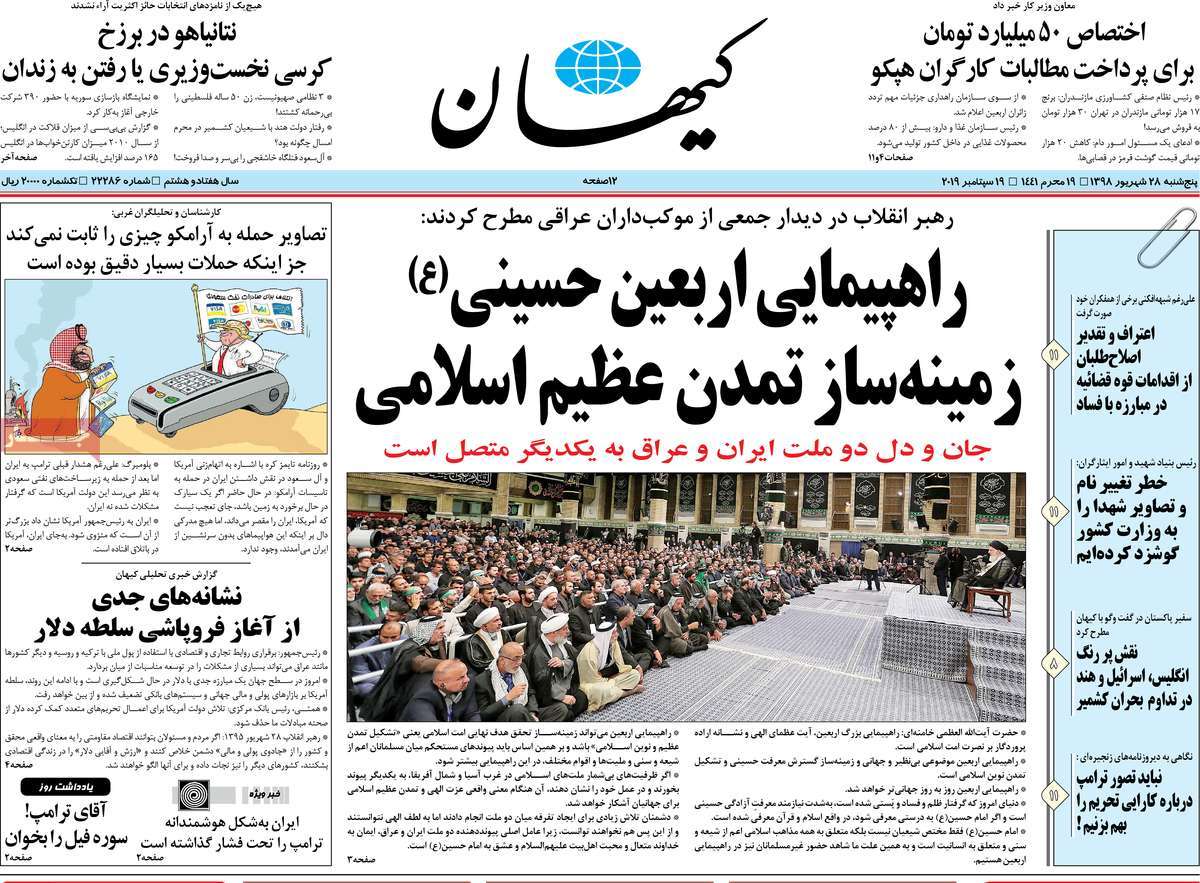 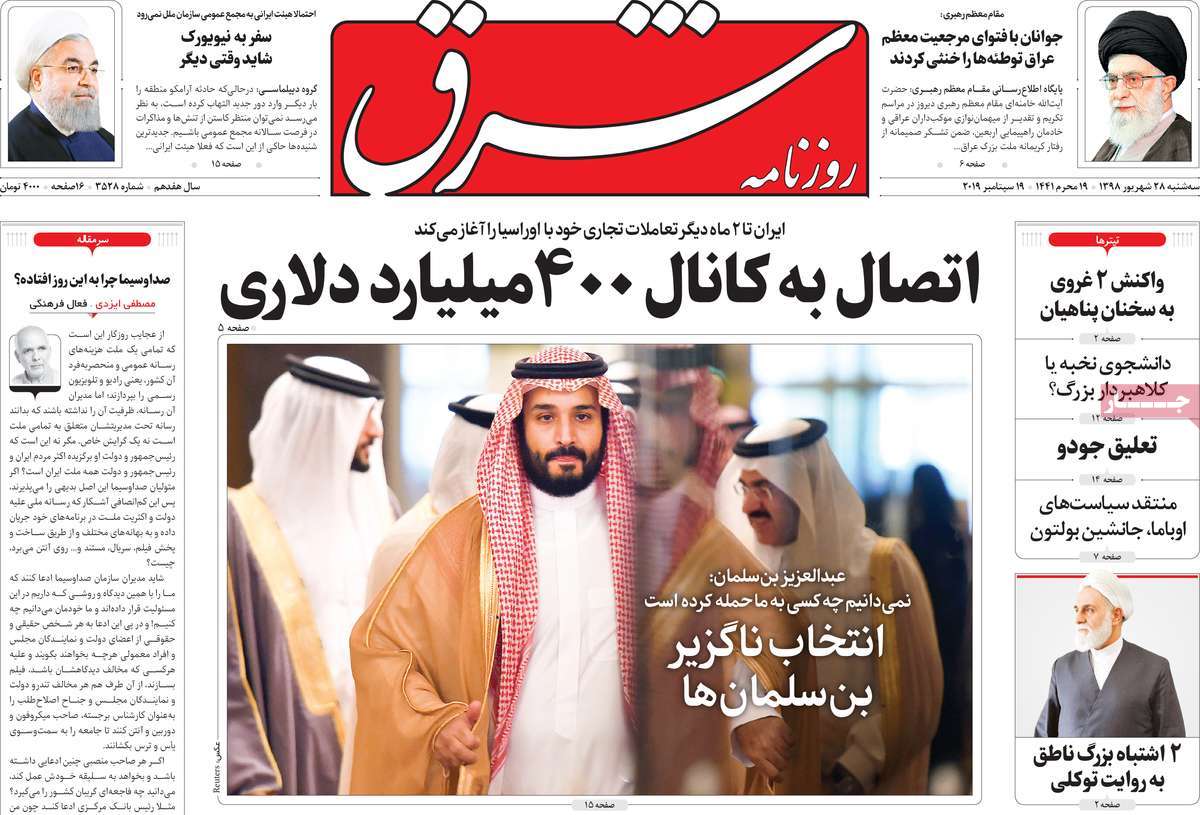