IFP has taken a look at the front pages of Iranian newspapers on Monday, September 16, 2019, and picked headlines from 10 of them. IFP has simply translated the headlines and does not vouch for their accuracy. 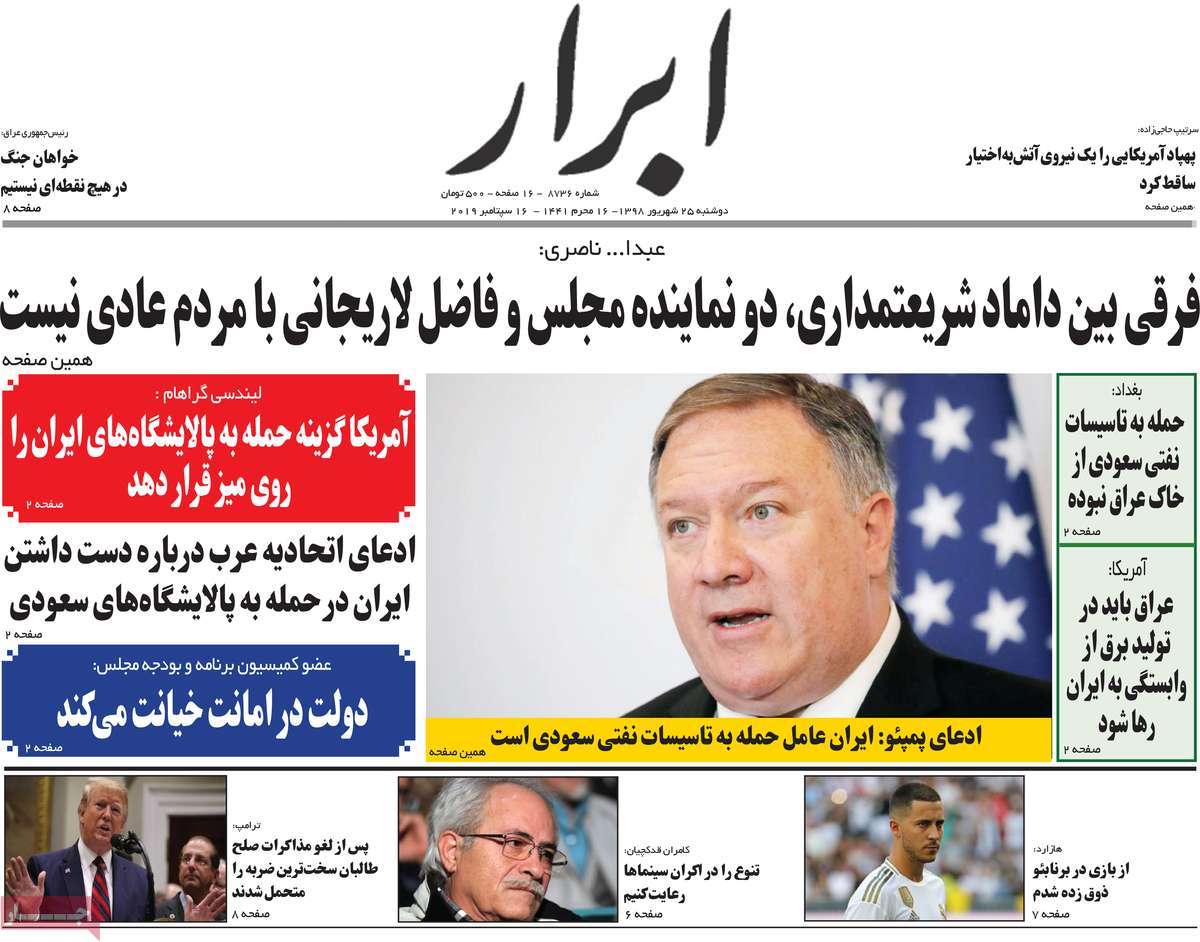 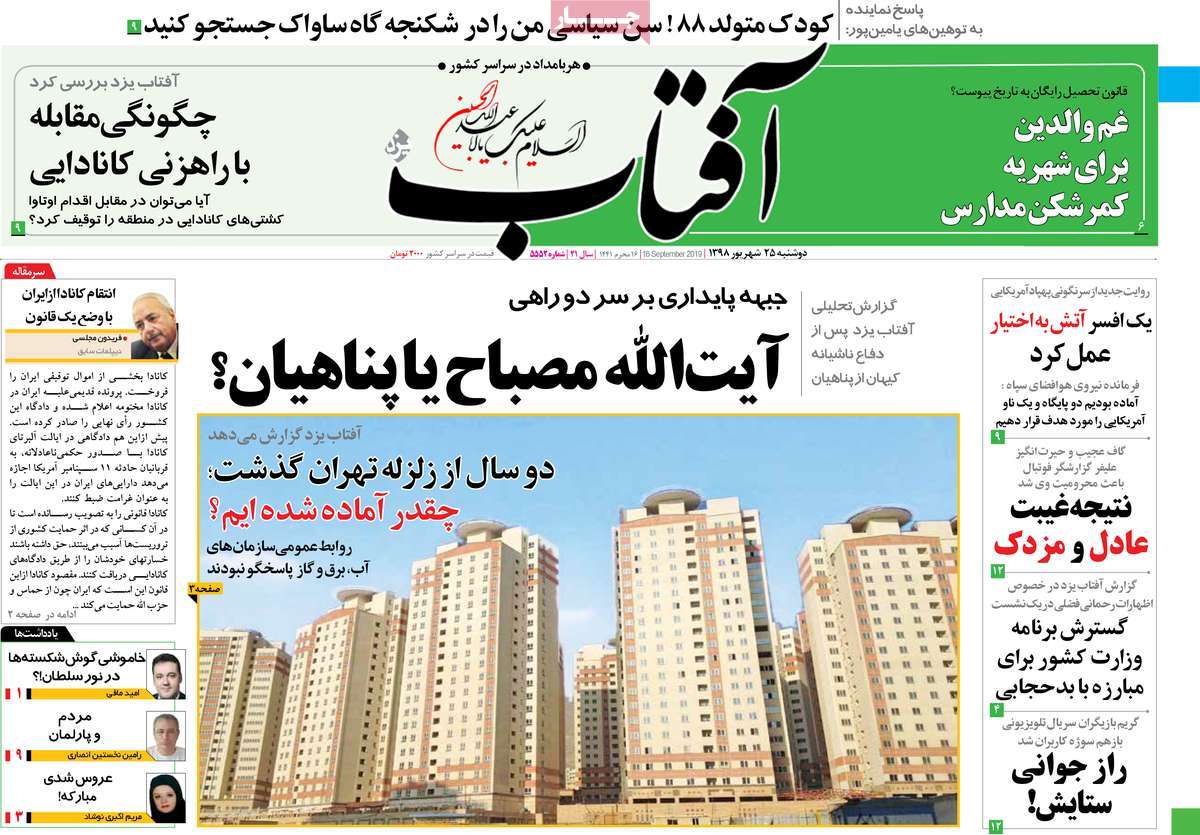 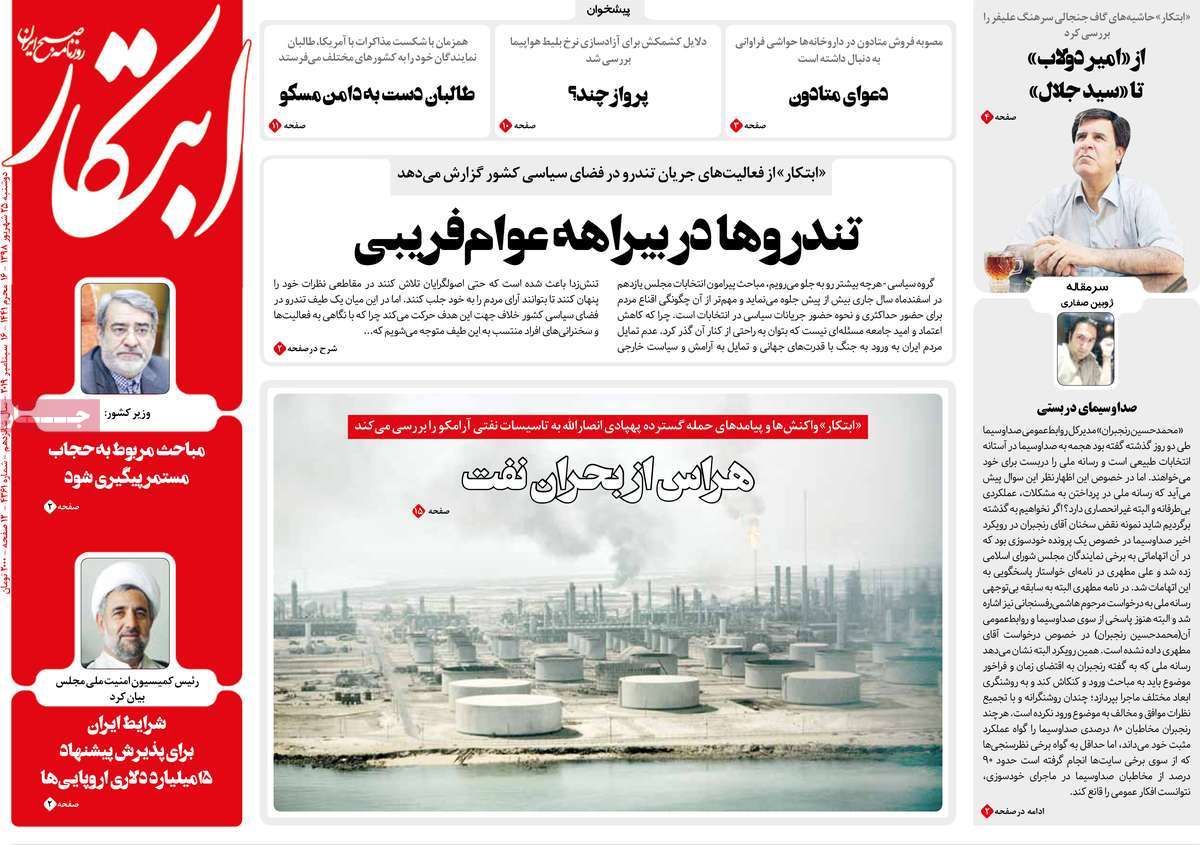 Etemad:
1- Aftershocks of Aramco’s Explosion in Oil Market
2- Oil Price May Increase by 5-10 Dollars after Saudi Refinery Attacks
3- US Will Put Lid on Defeat of Saudis Ettela’at:
1- Rouhani: Regional Security Can Be Ensured If US, Zionist Aggression Stopped
2- Euronews: Bolton Fired Because of Opposition to Suspension of Iran Bans 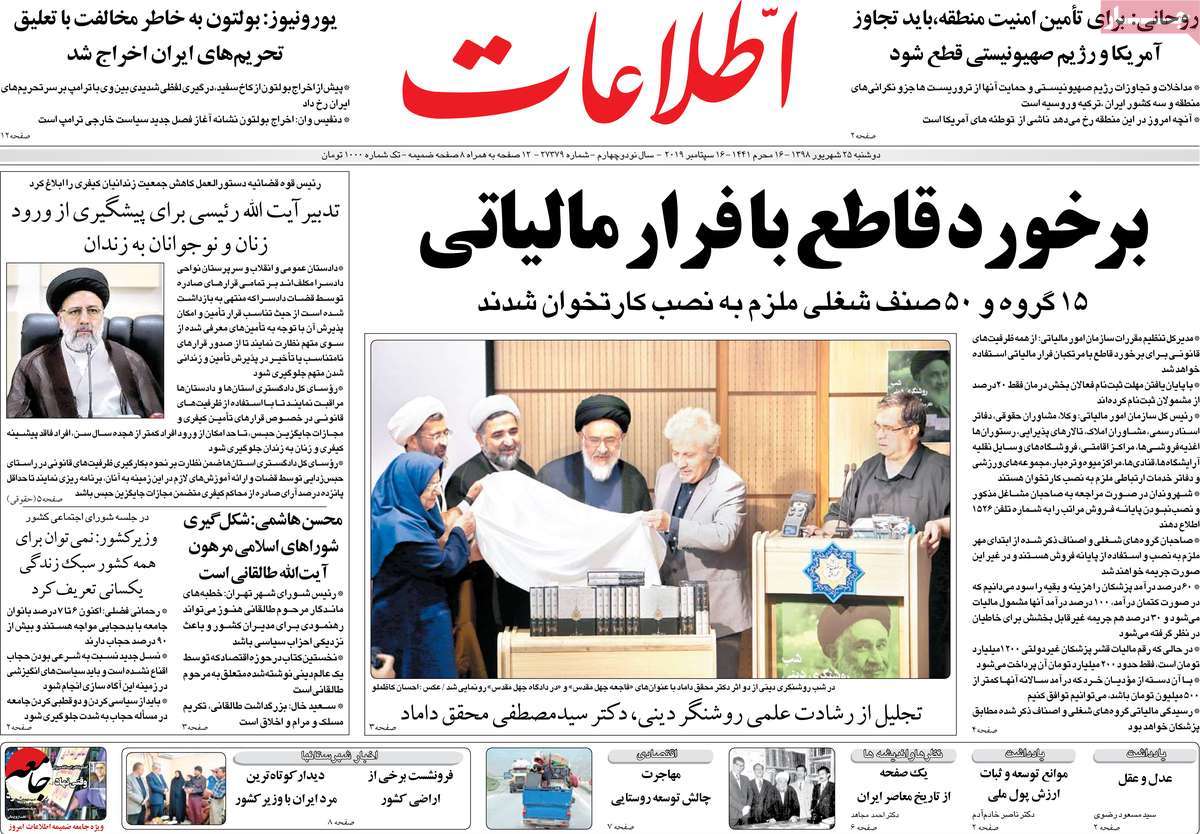 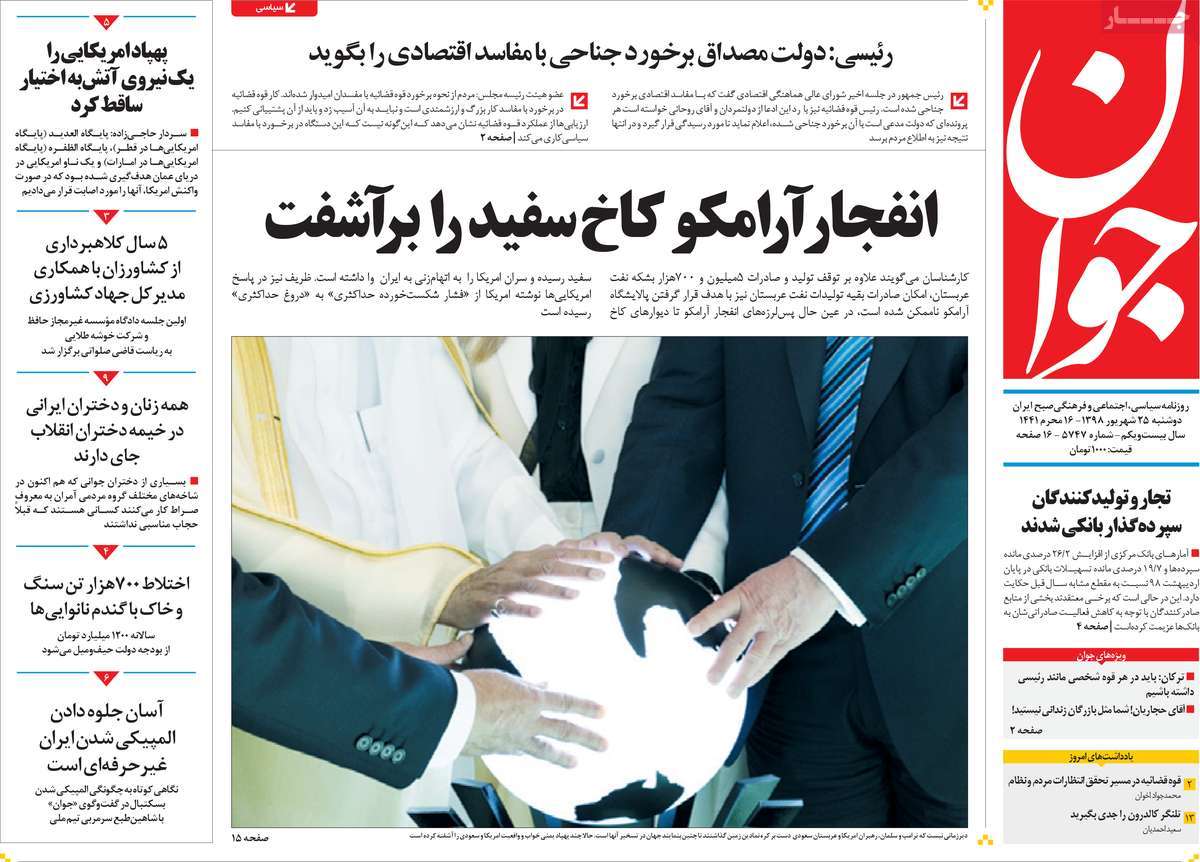 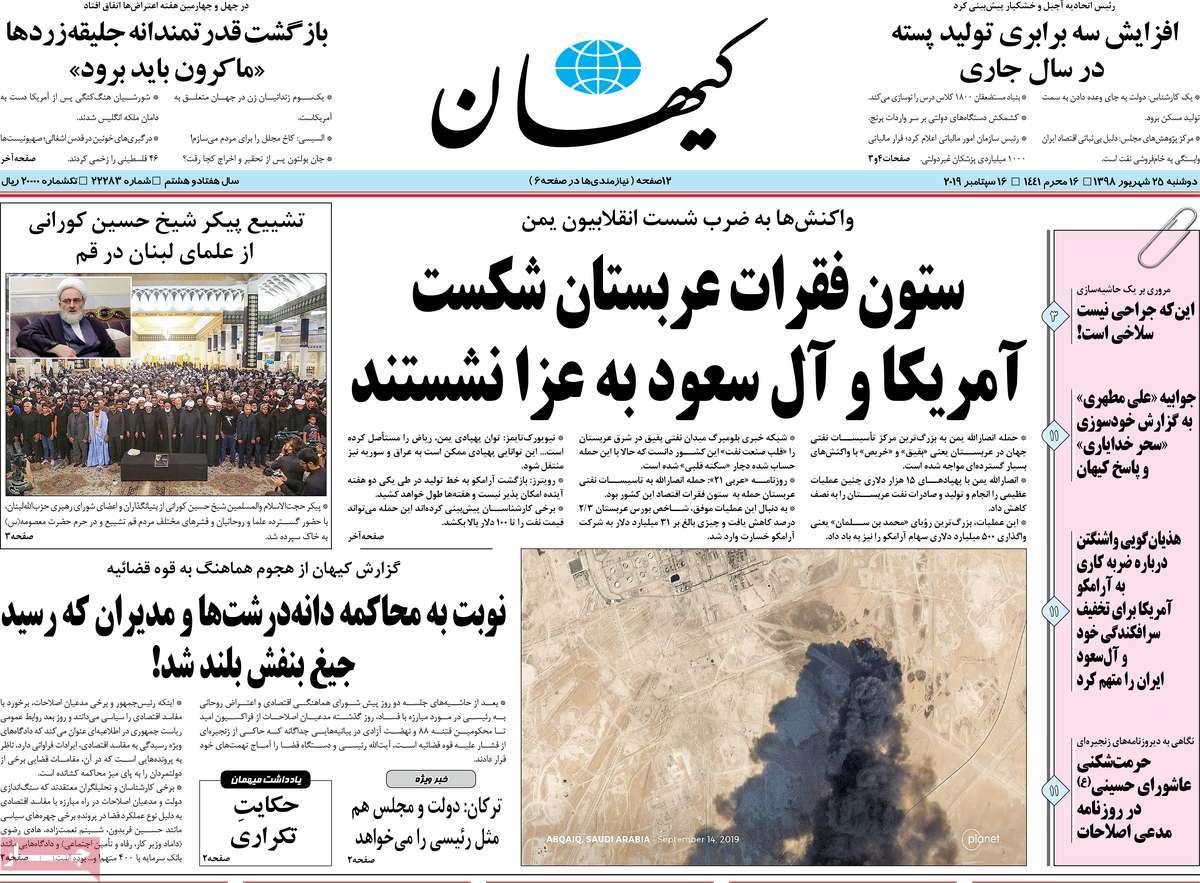 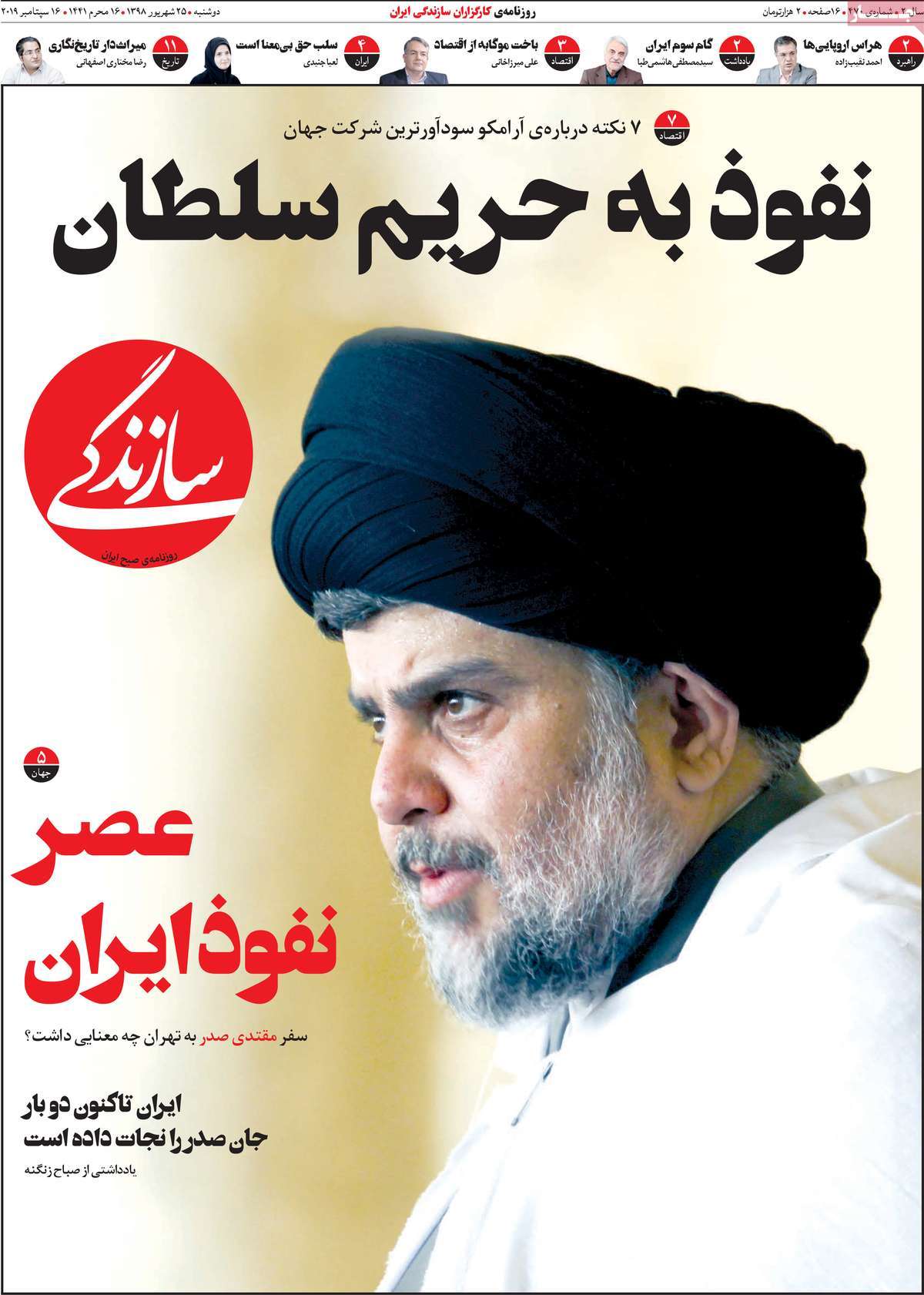 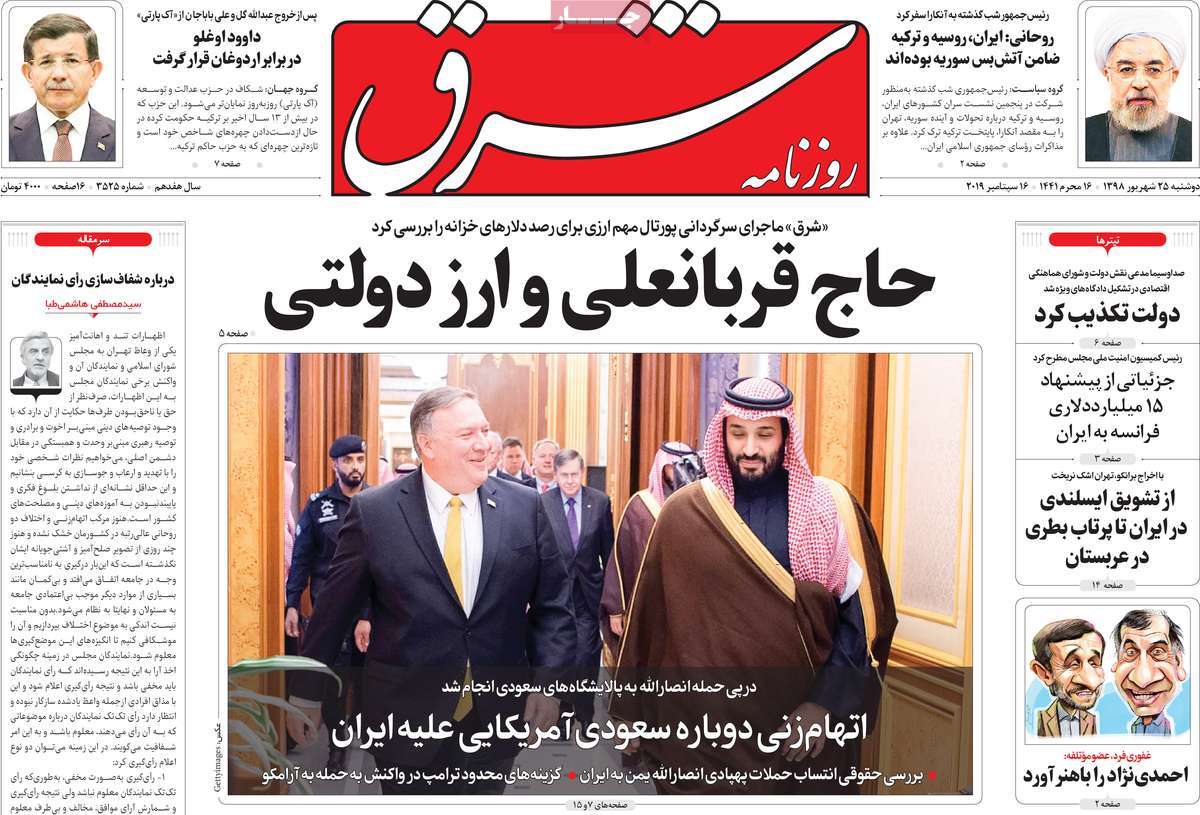