IFP has taken a look at the front pages of Iranian newspapers on Sunday, October 6, 2019, and picked headlines from 11 of them. IFP has simply translated the headlines and does not vouch for their accuracy. 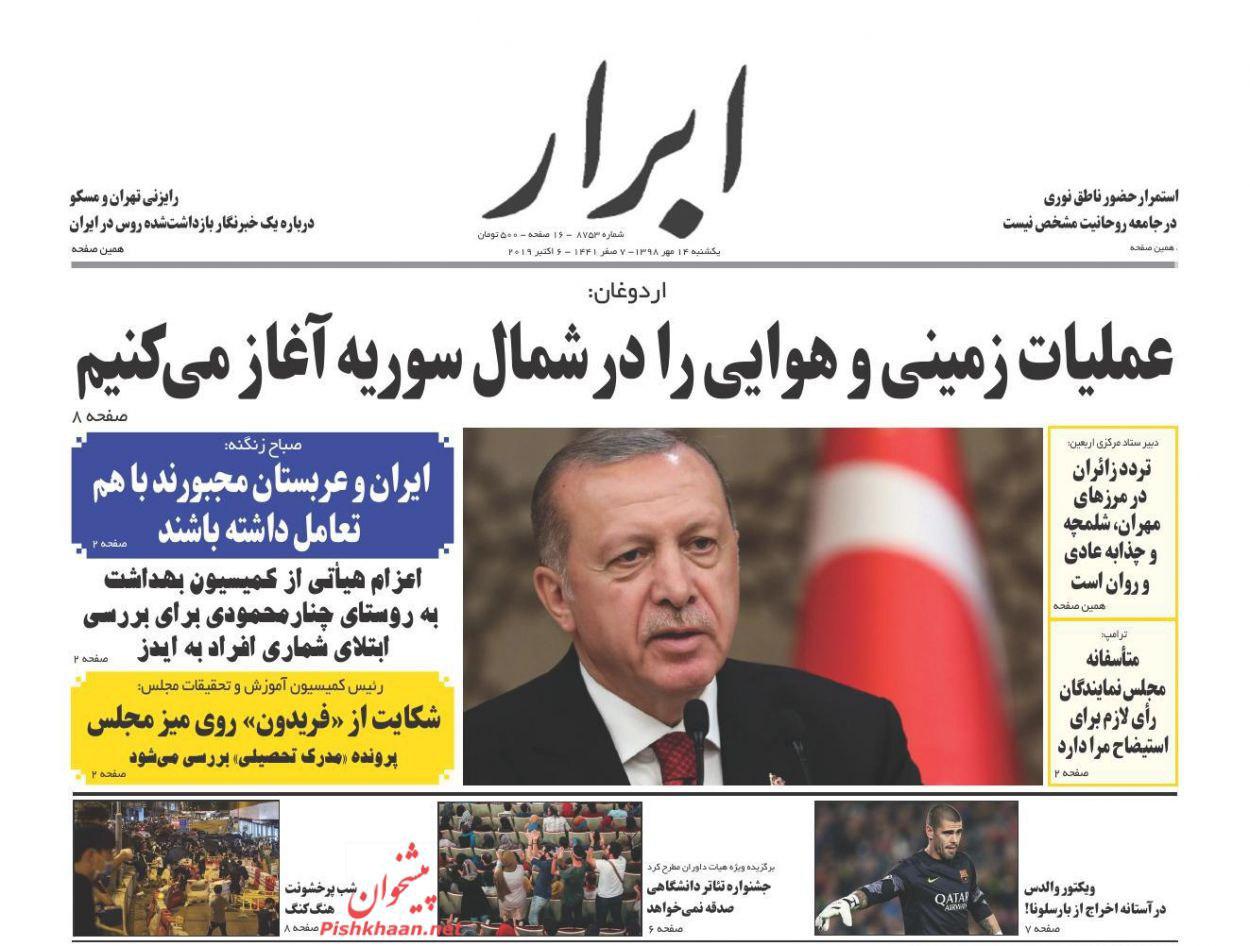 Aftab-e Yazd:
1- MP: Any Interventionist Analysis on Iraq Must Be Avoided 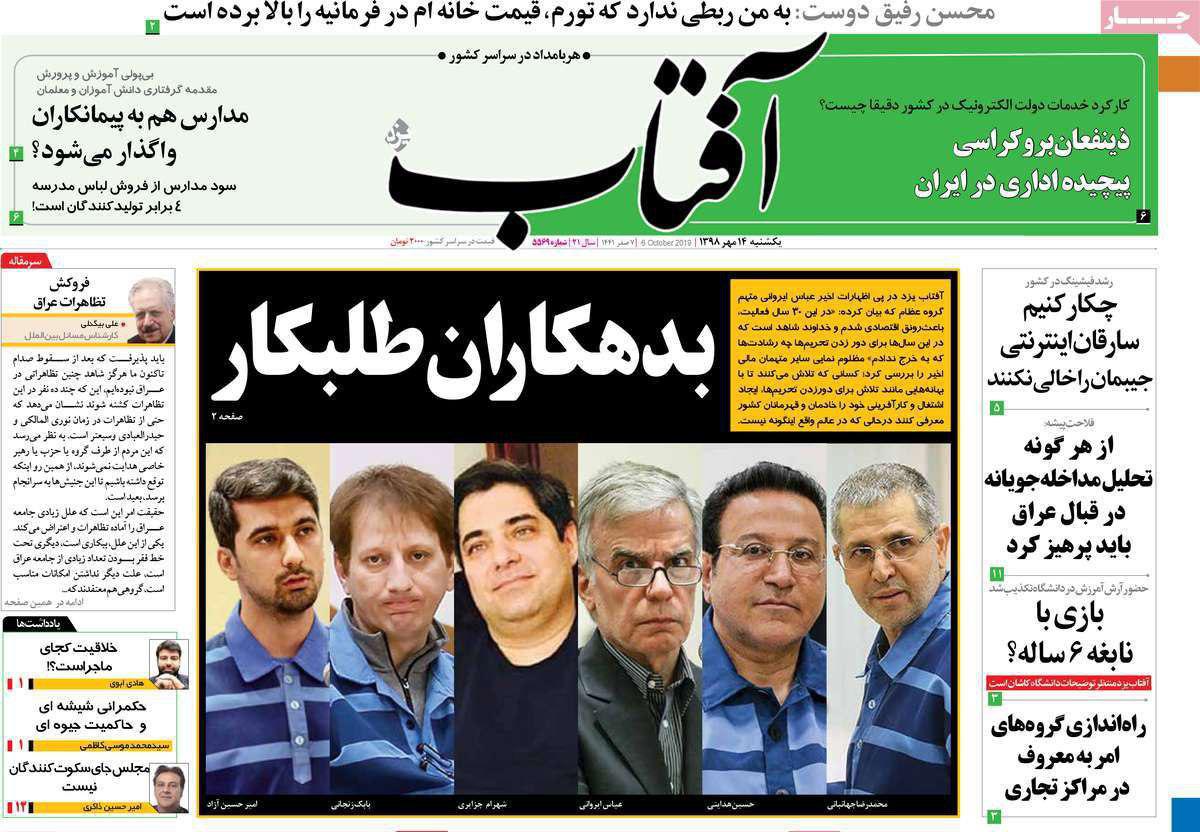 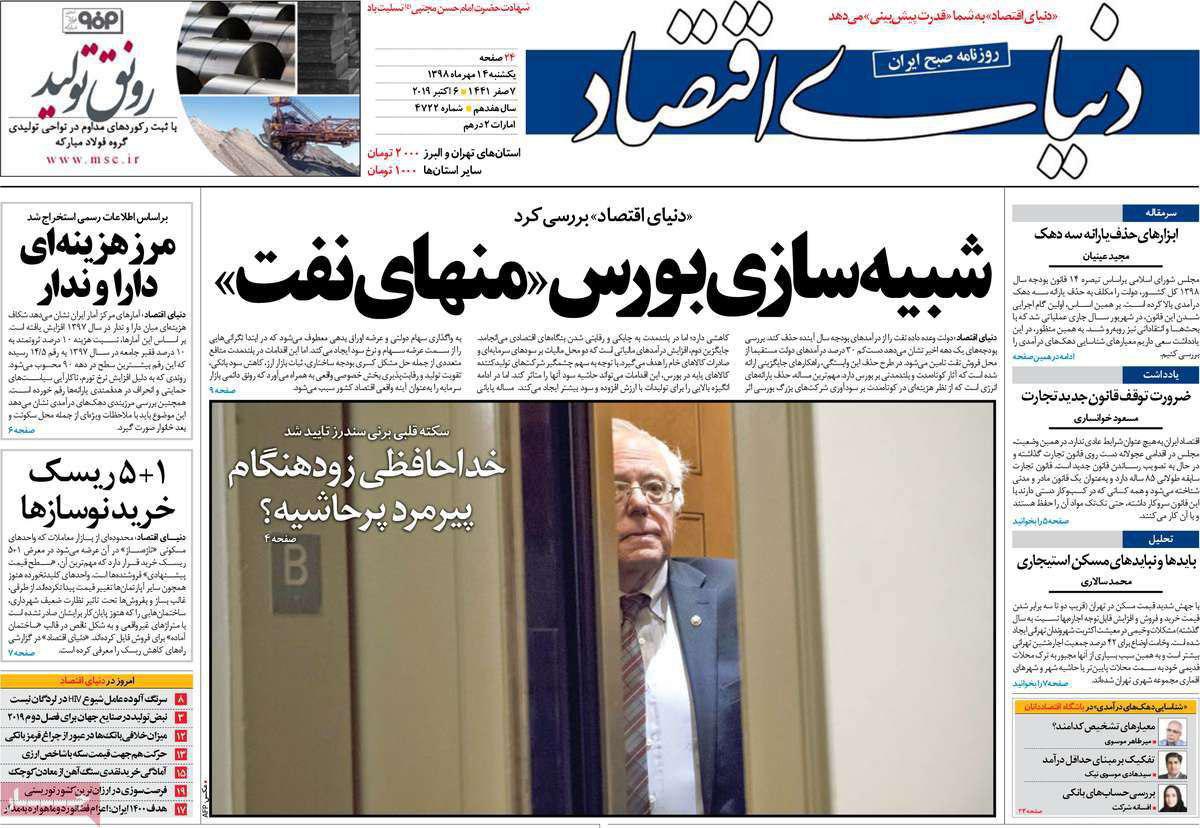 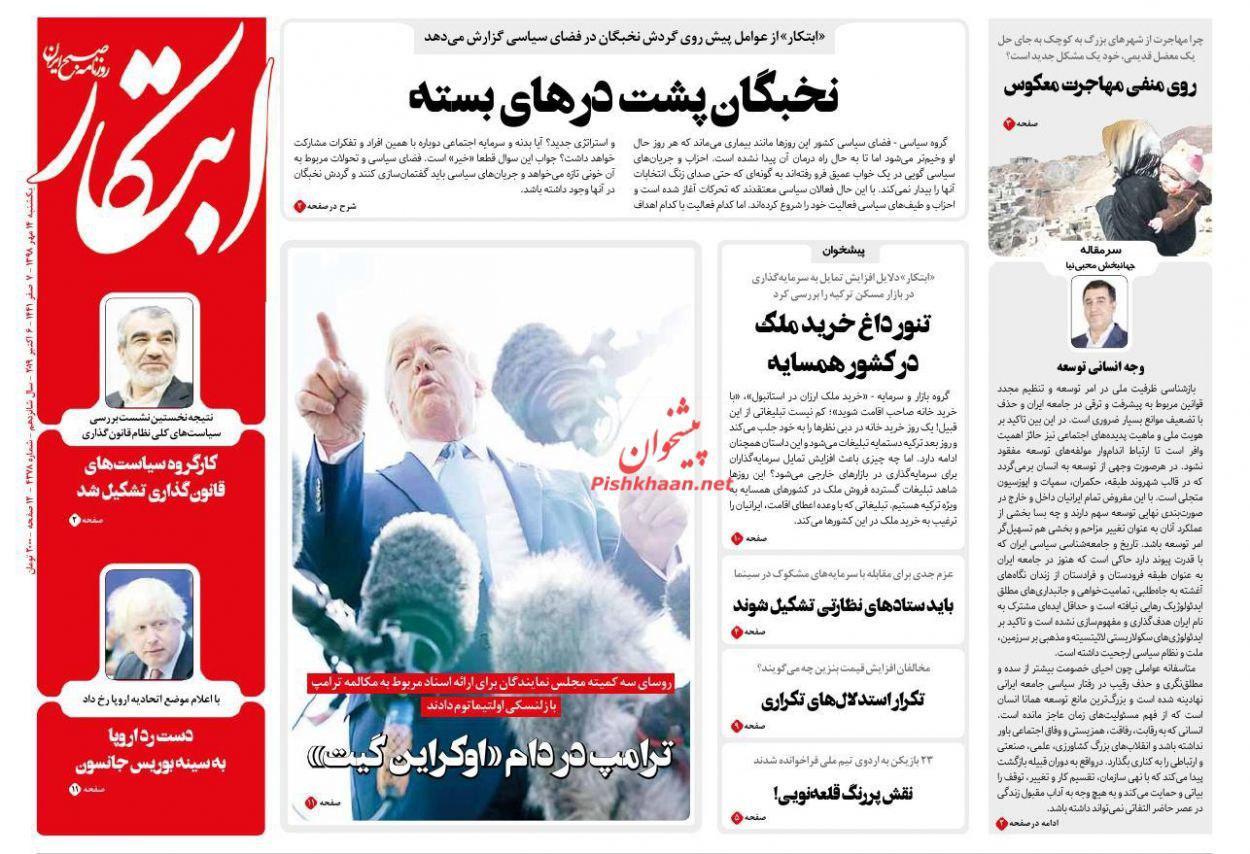 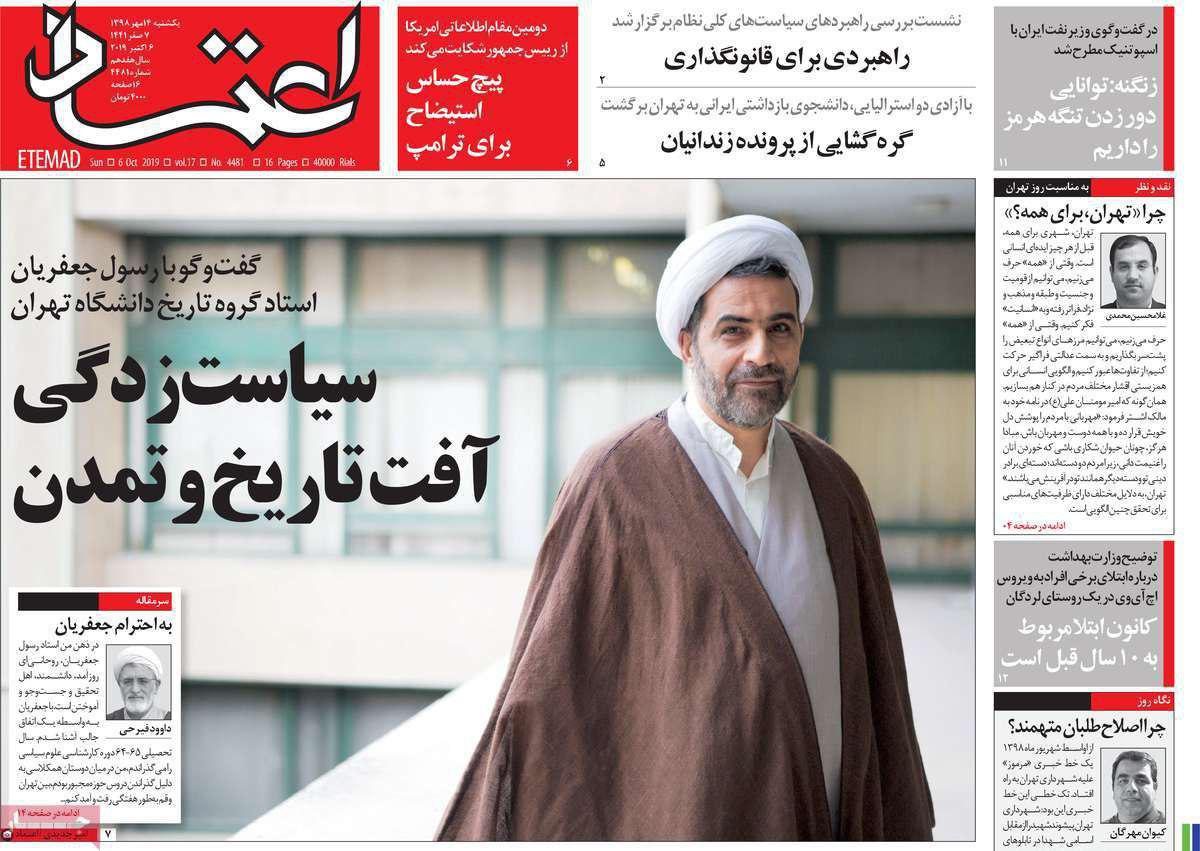 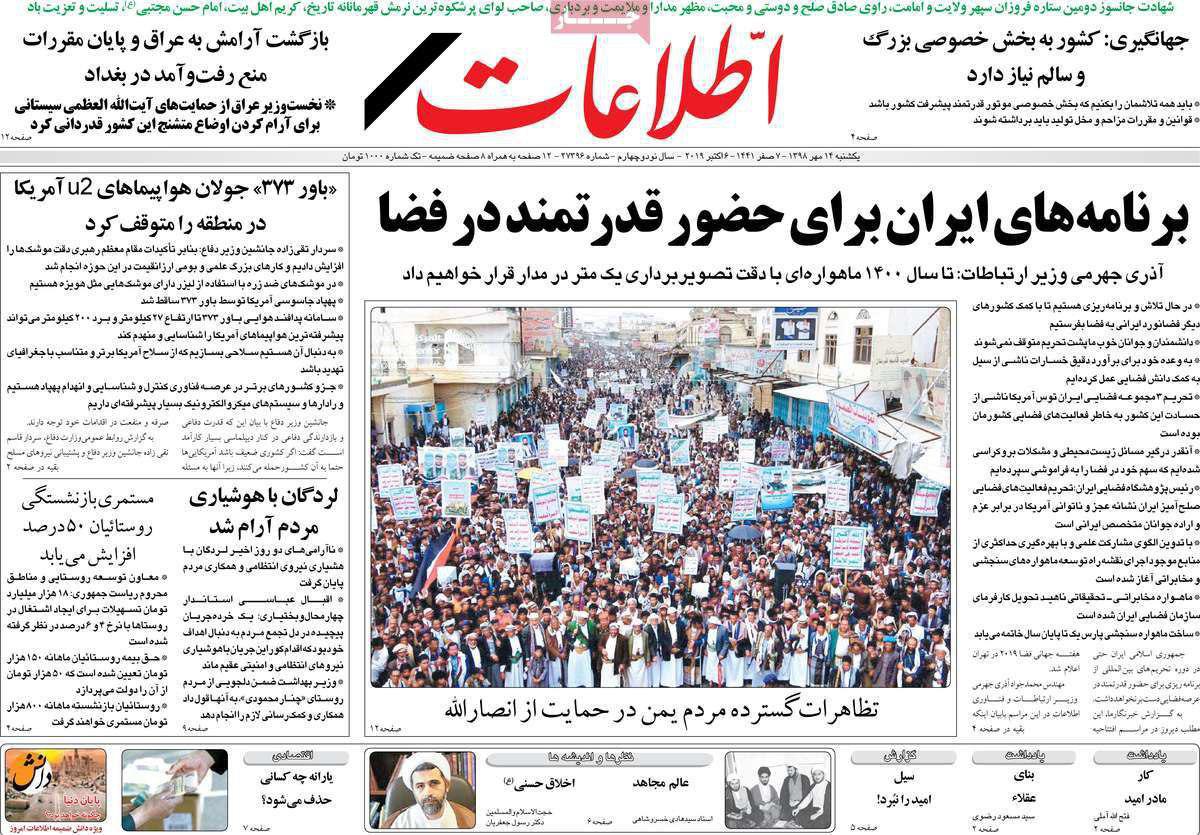 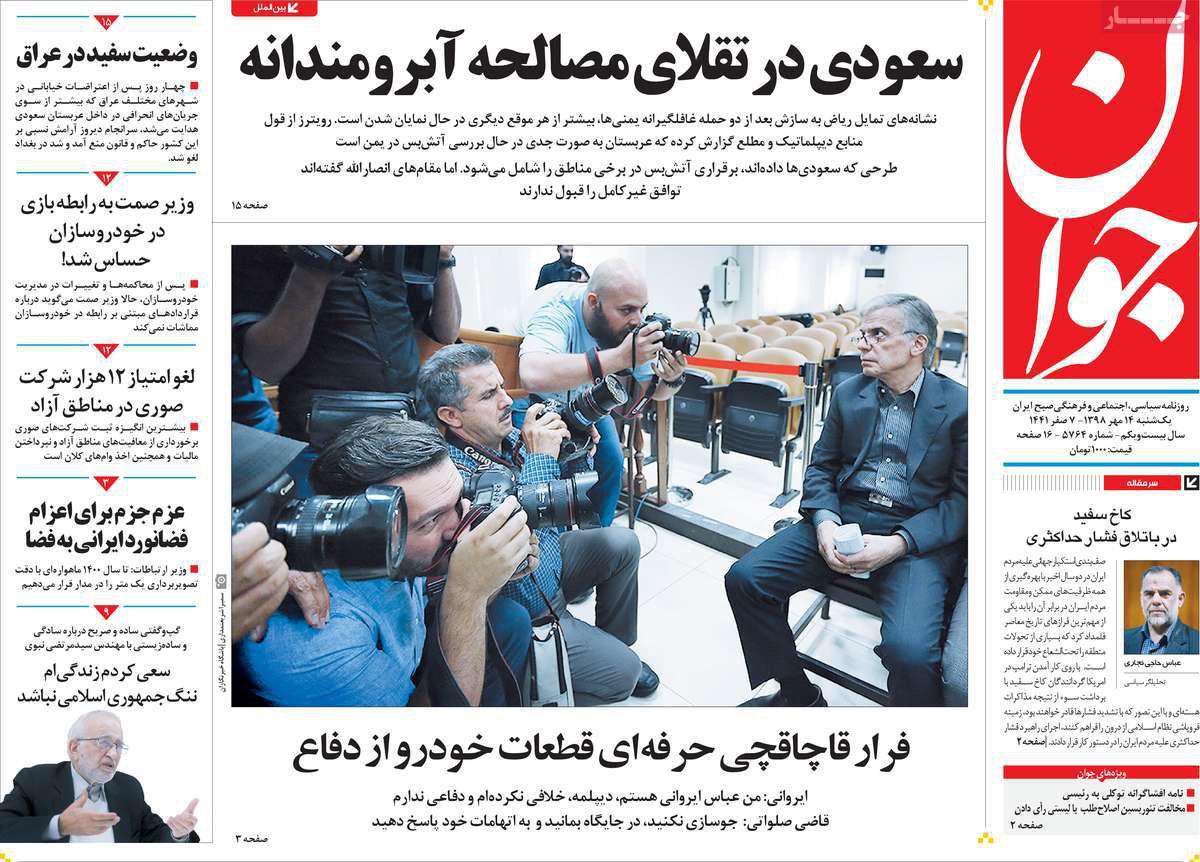 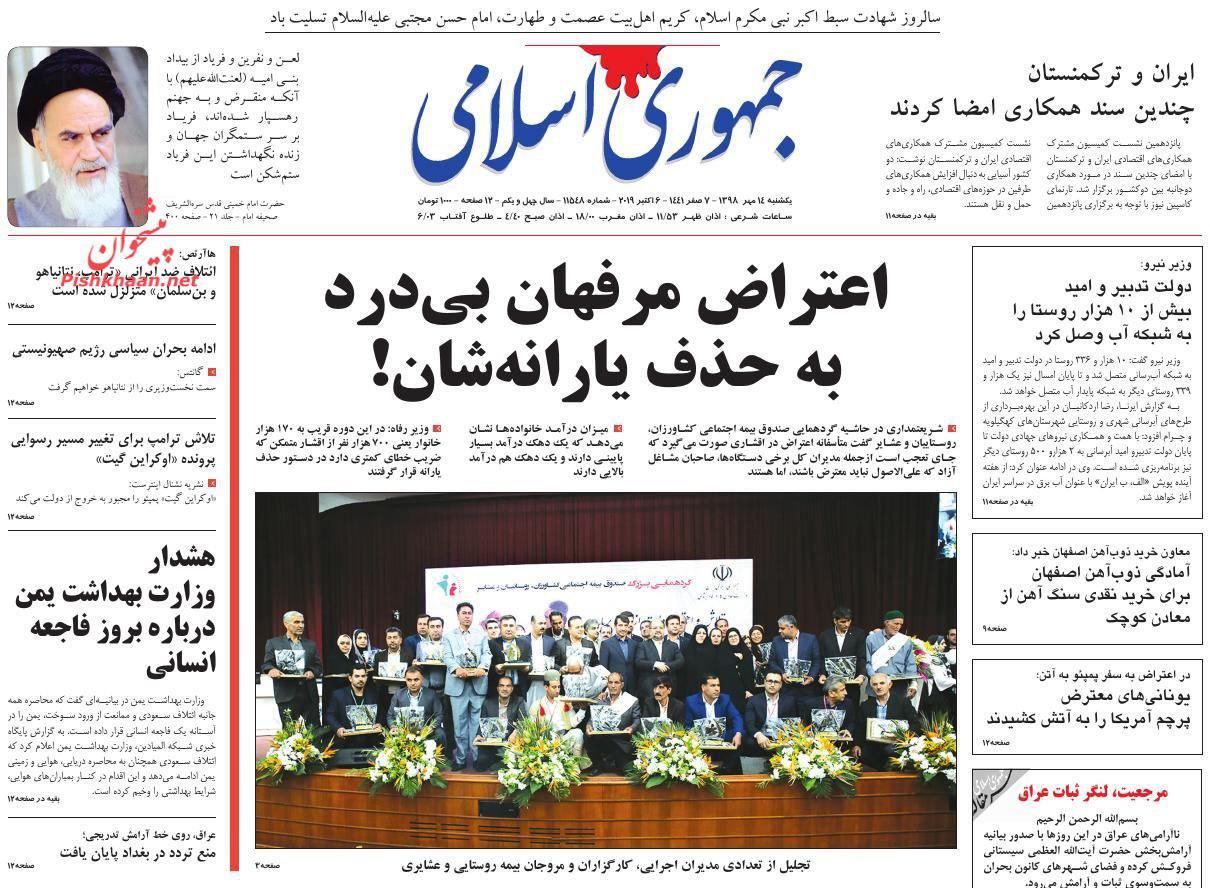 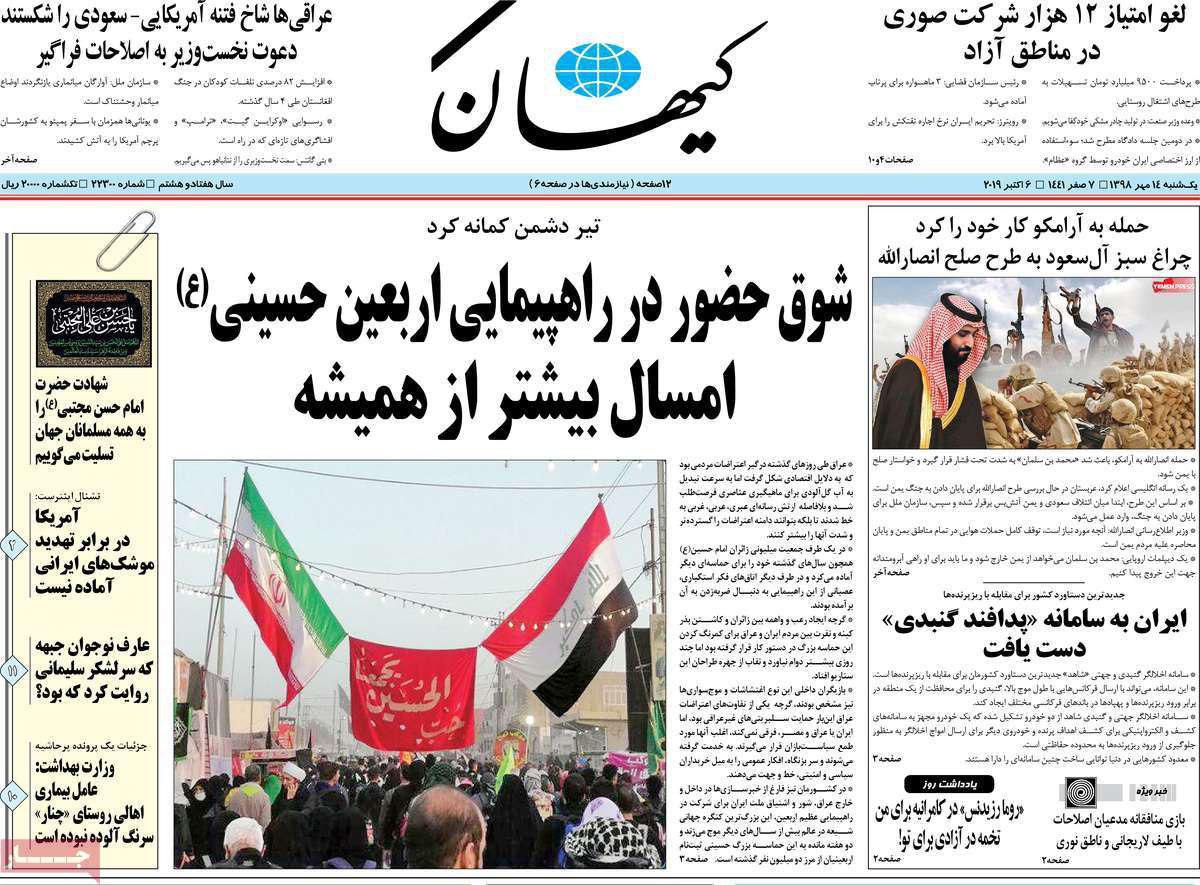 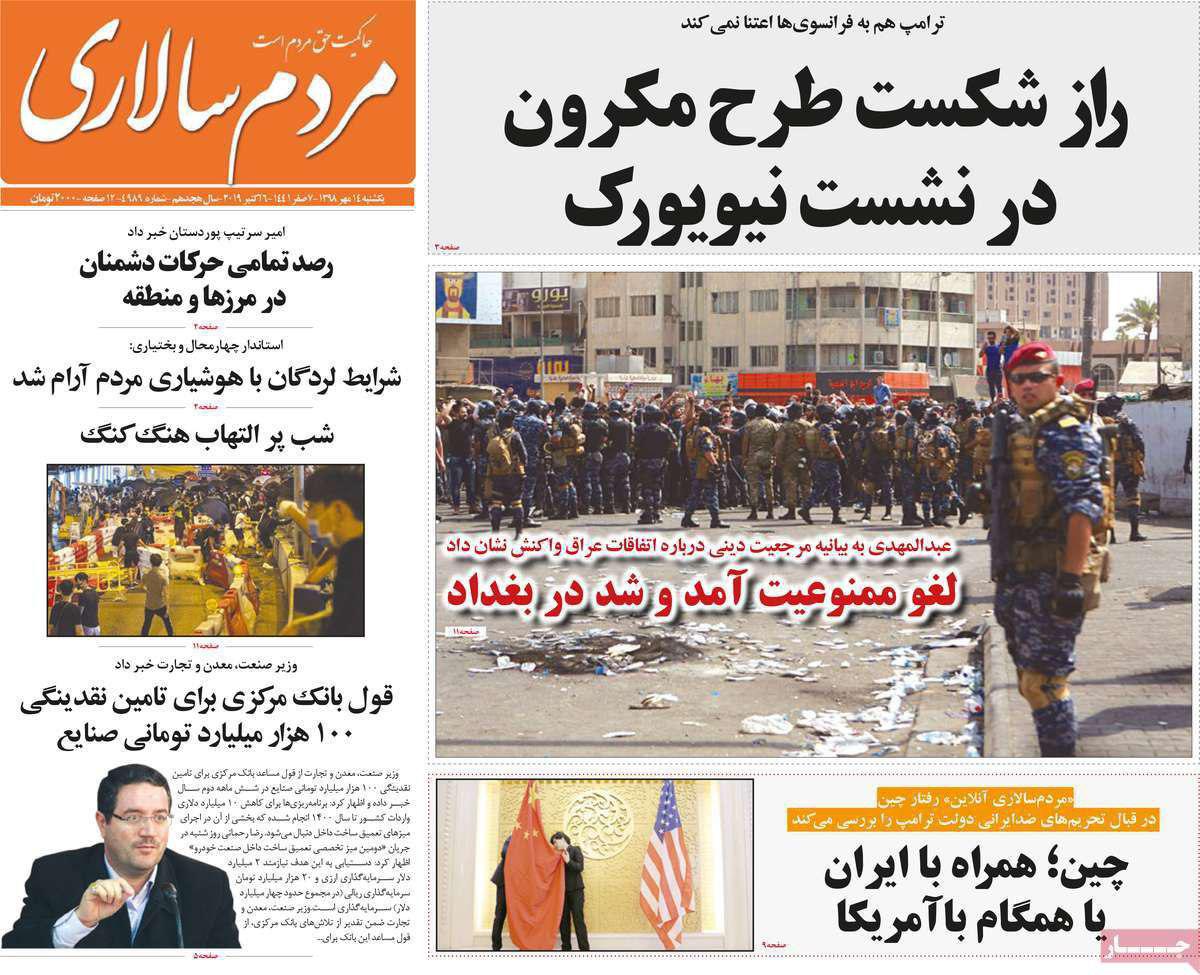 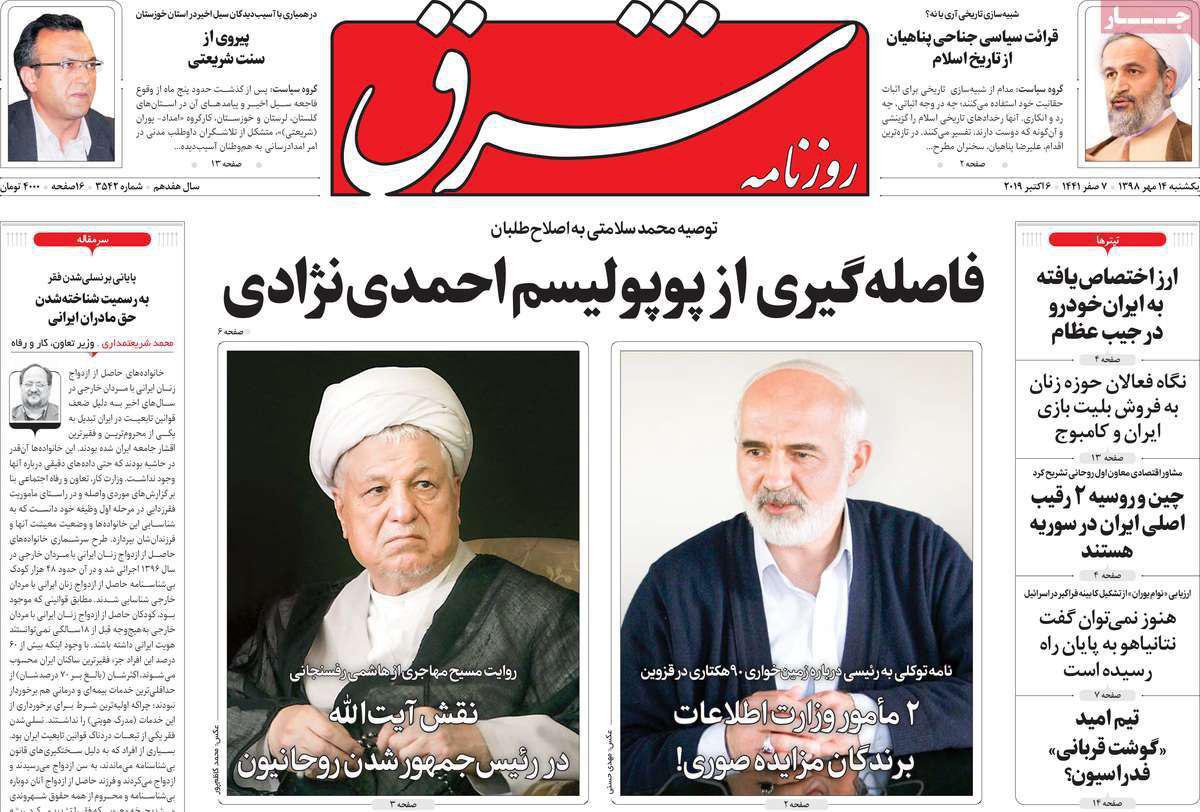