IFP has taken a look at the front pages of Iranian newspapers on Monday, October 21, 2019, and picked headlines from 11 of them. IFP has simply translated the headlines and does not vouch for their accuracy. 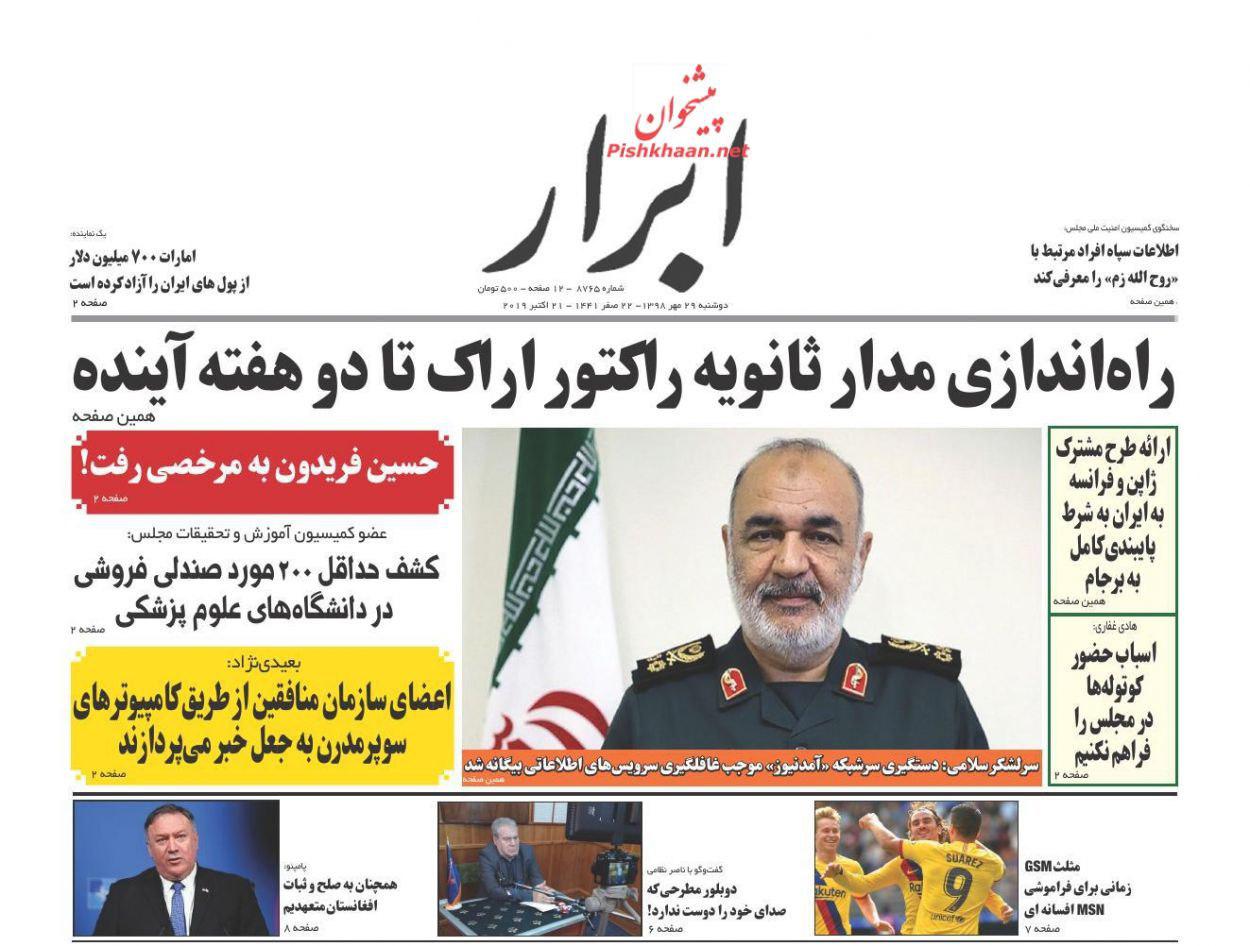 1- A President’s Dream of Referendum * Why US Concerned about Lifting of Iran Weapons Sanctions 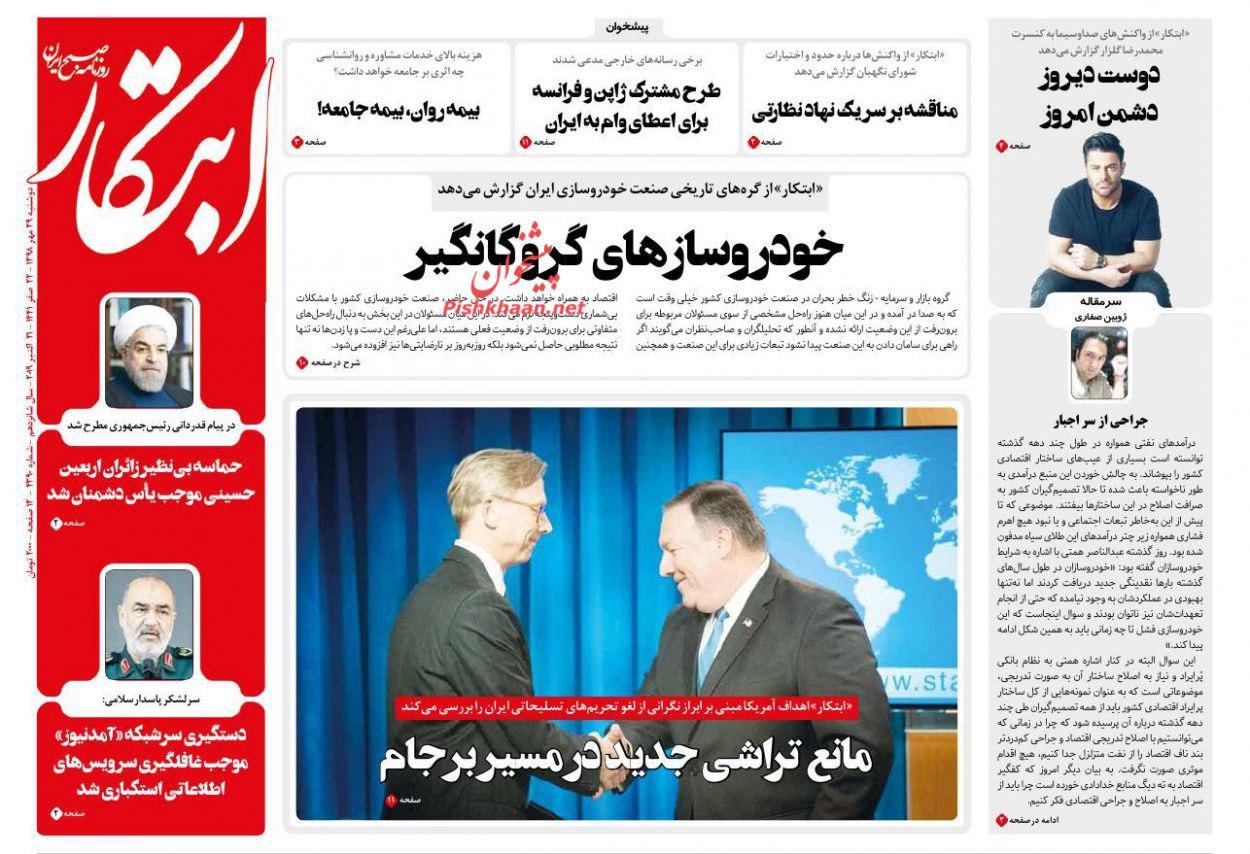 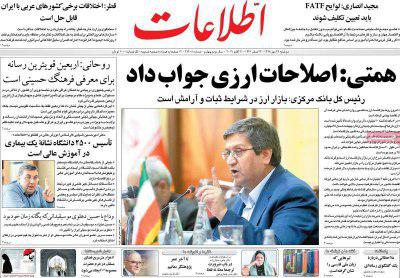 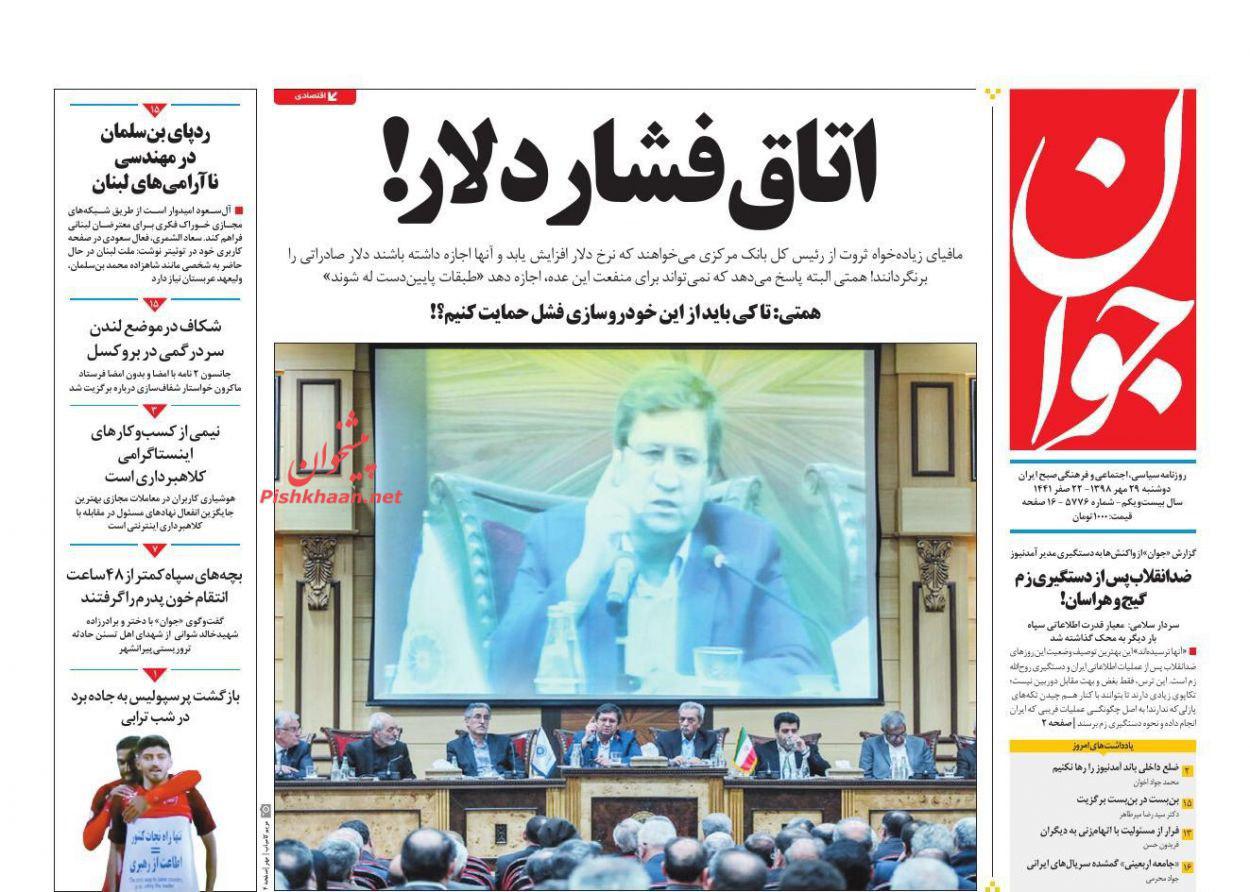 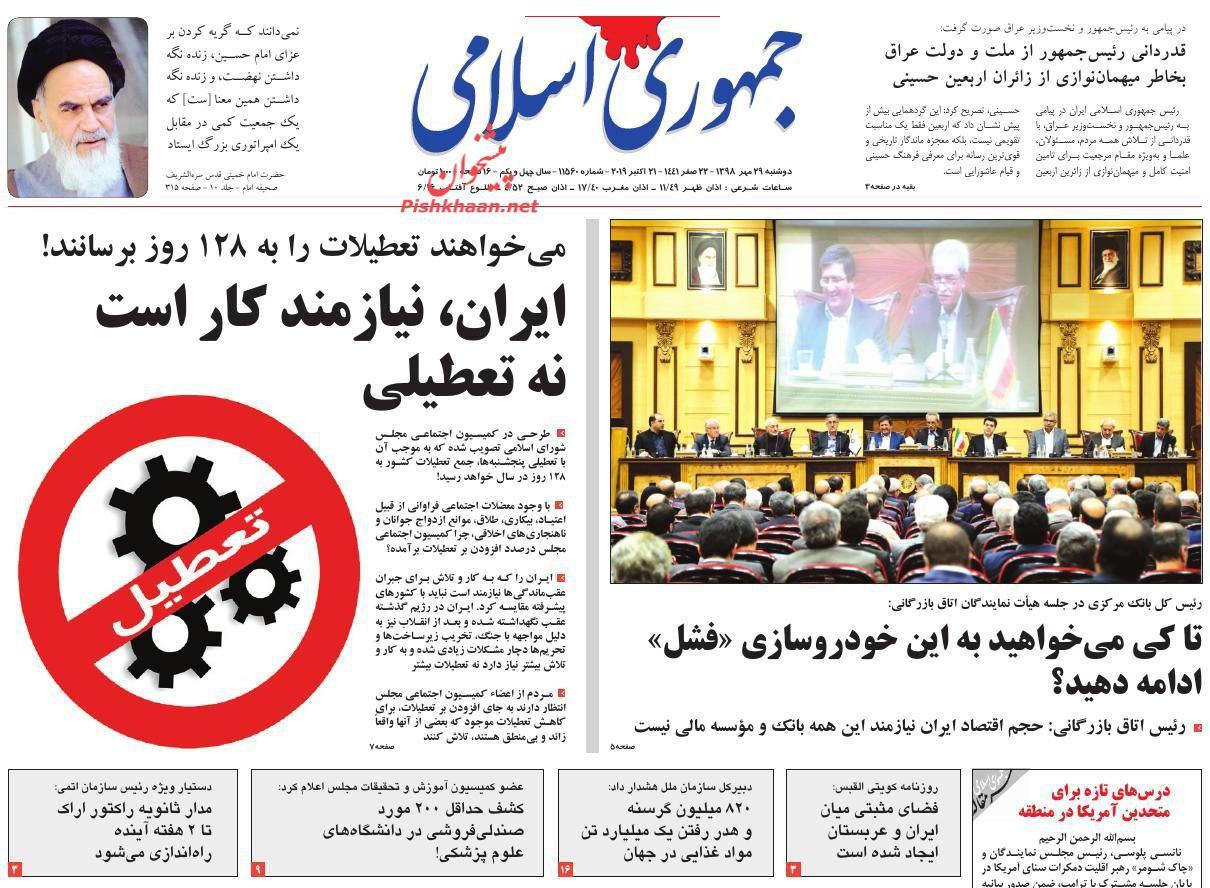 1- US Defence Secretary: US Marines to Be Transferred from Syria to Iraq 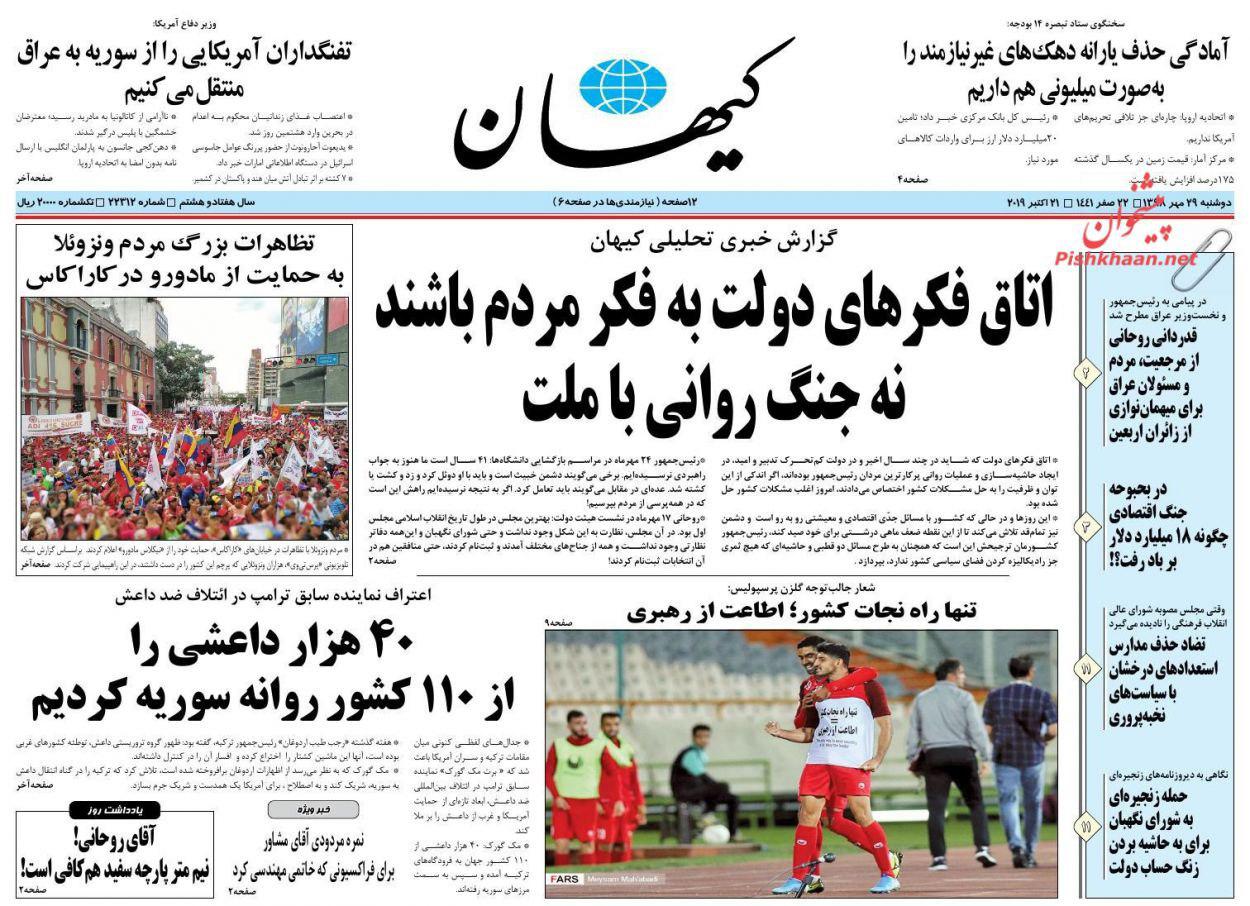 1- Fourth Step of Reducing Commitments to Start in Coming Weeks 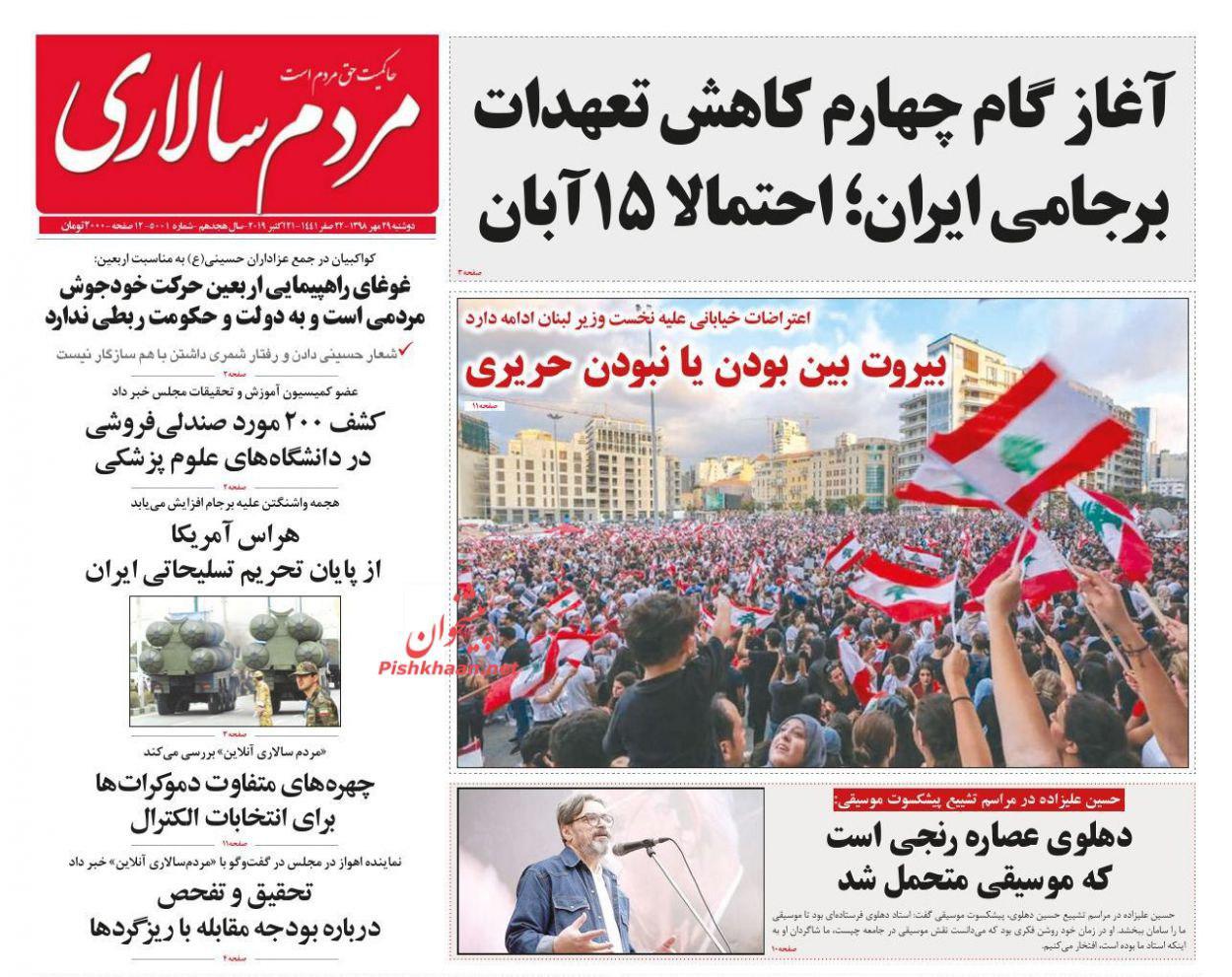 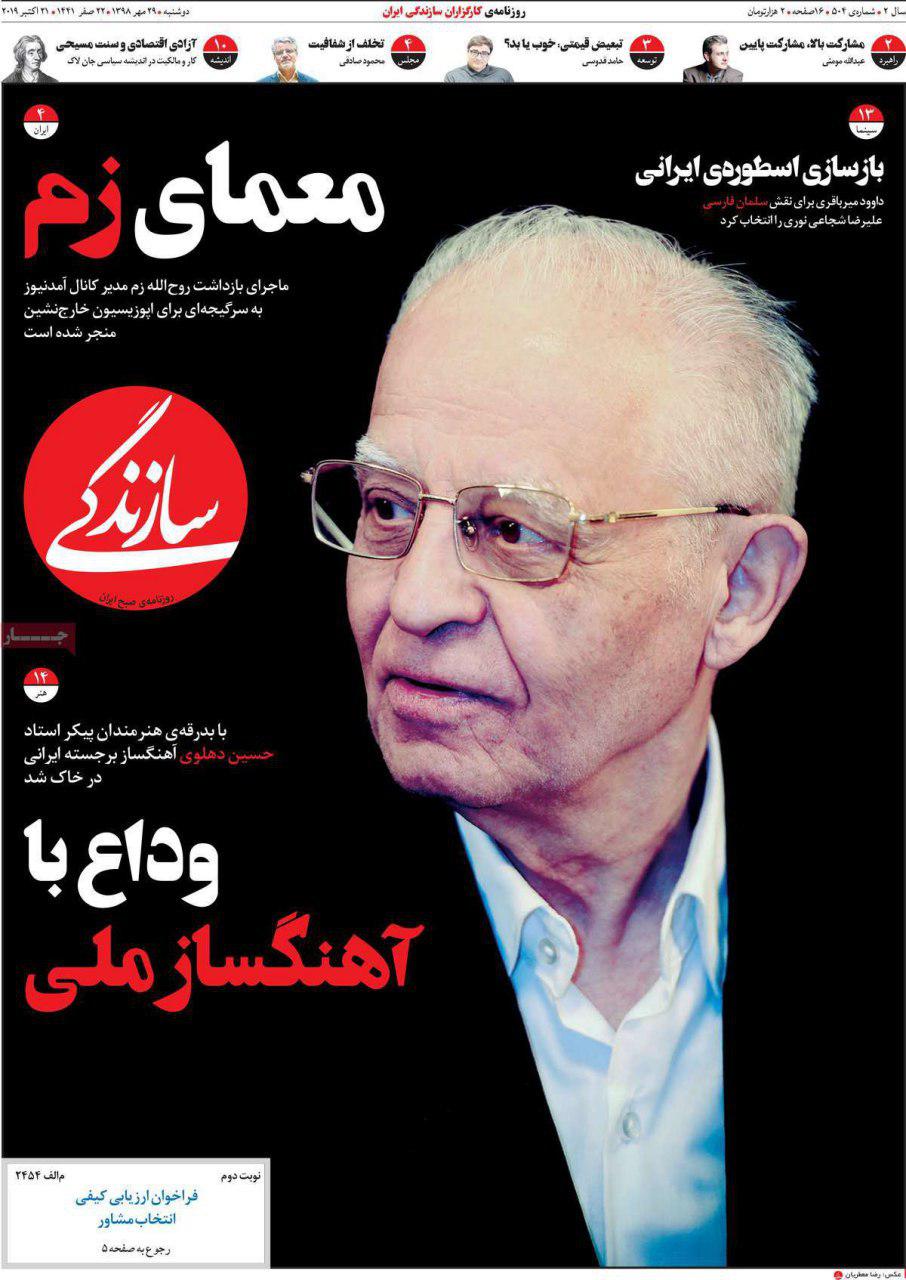 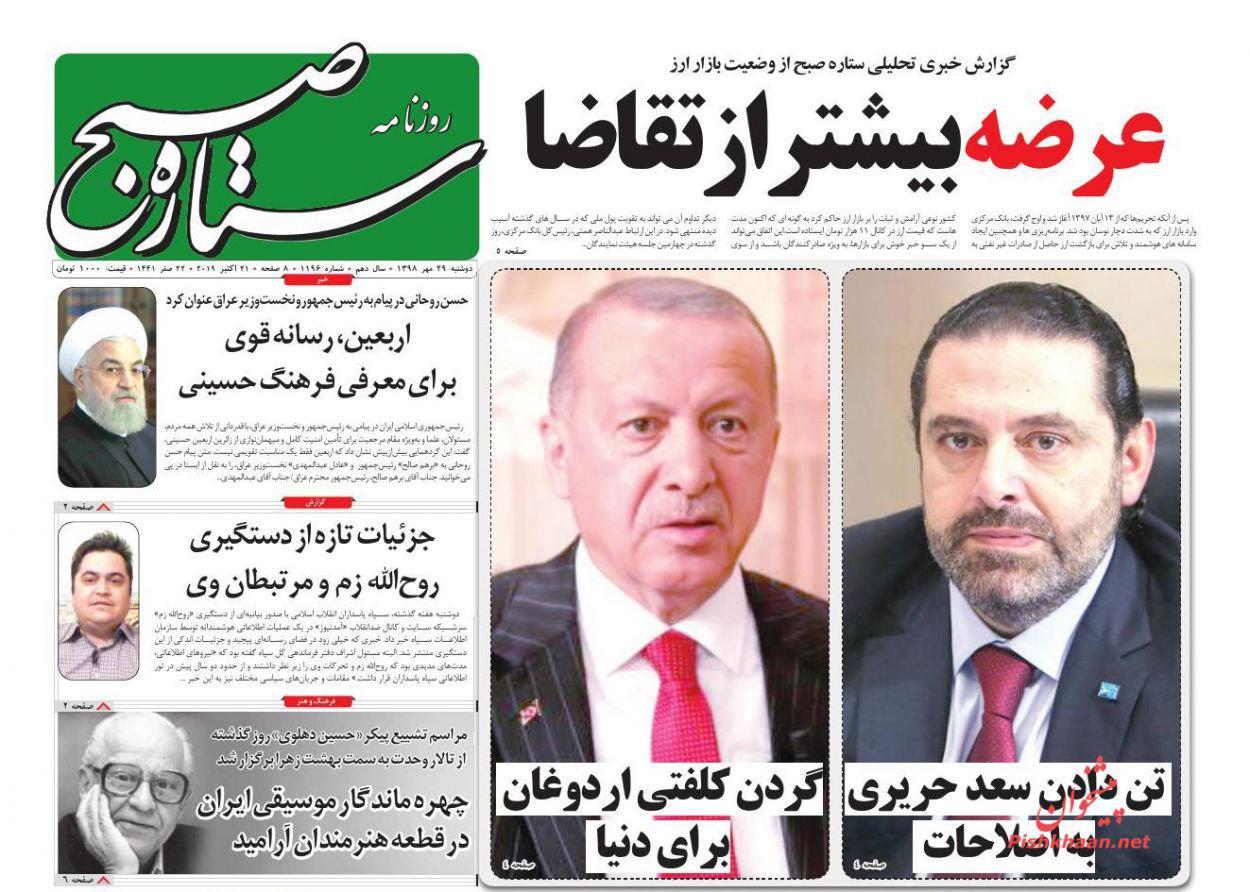