IFP has taken a look at the front pages of Iranian newspapers on Saturday, November 2, 2019, and picked headlines from 10 of them. IFP has simply translated the headlines and does not vouch for their accuracy. 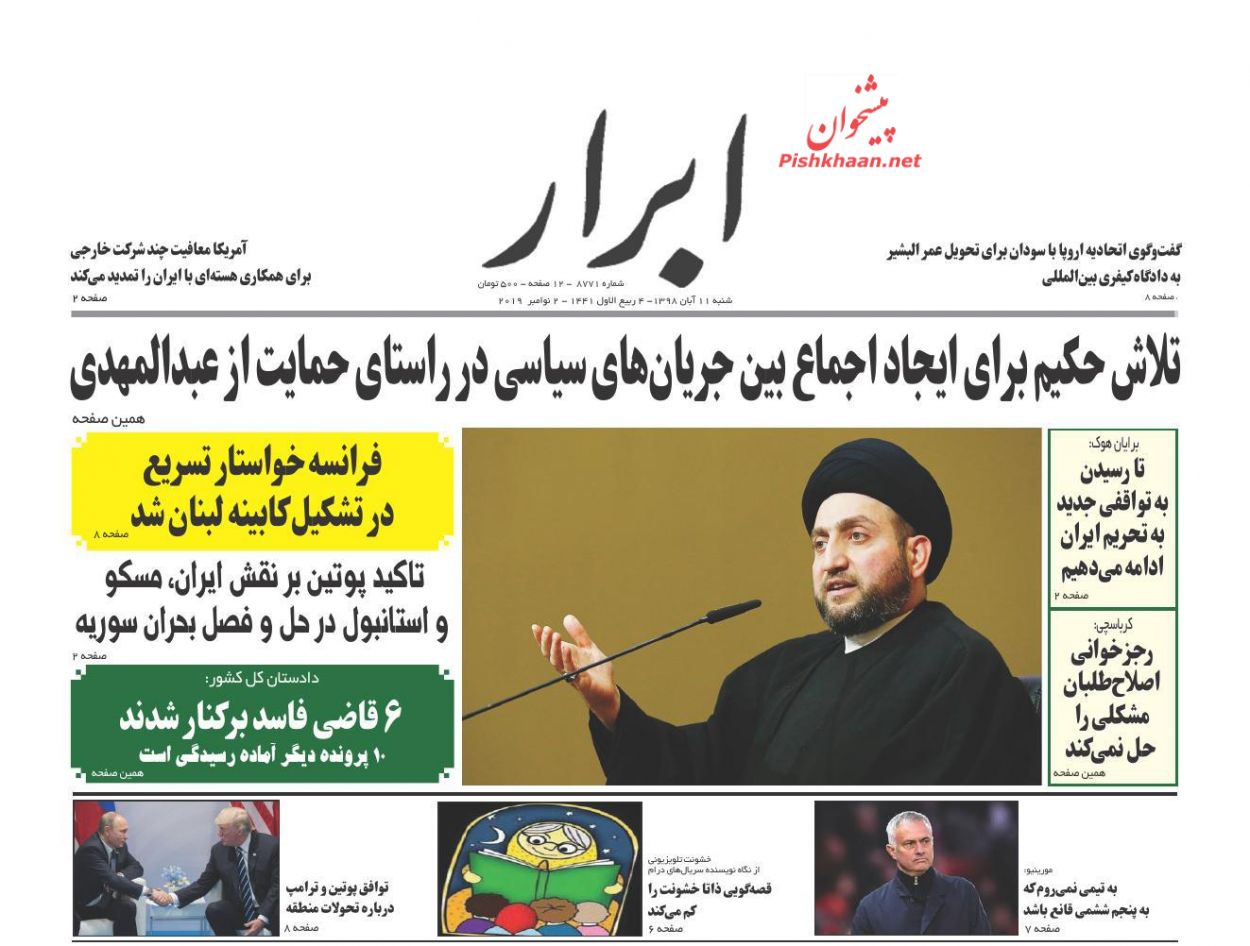 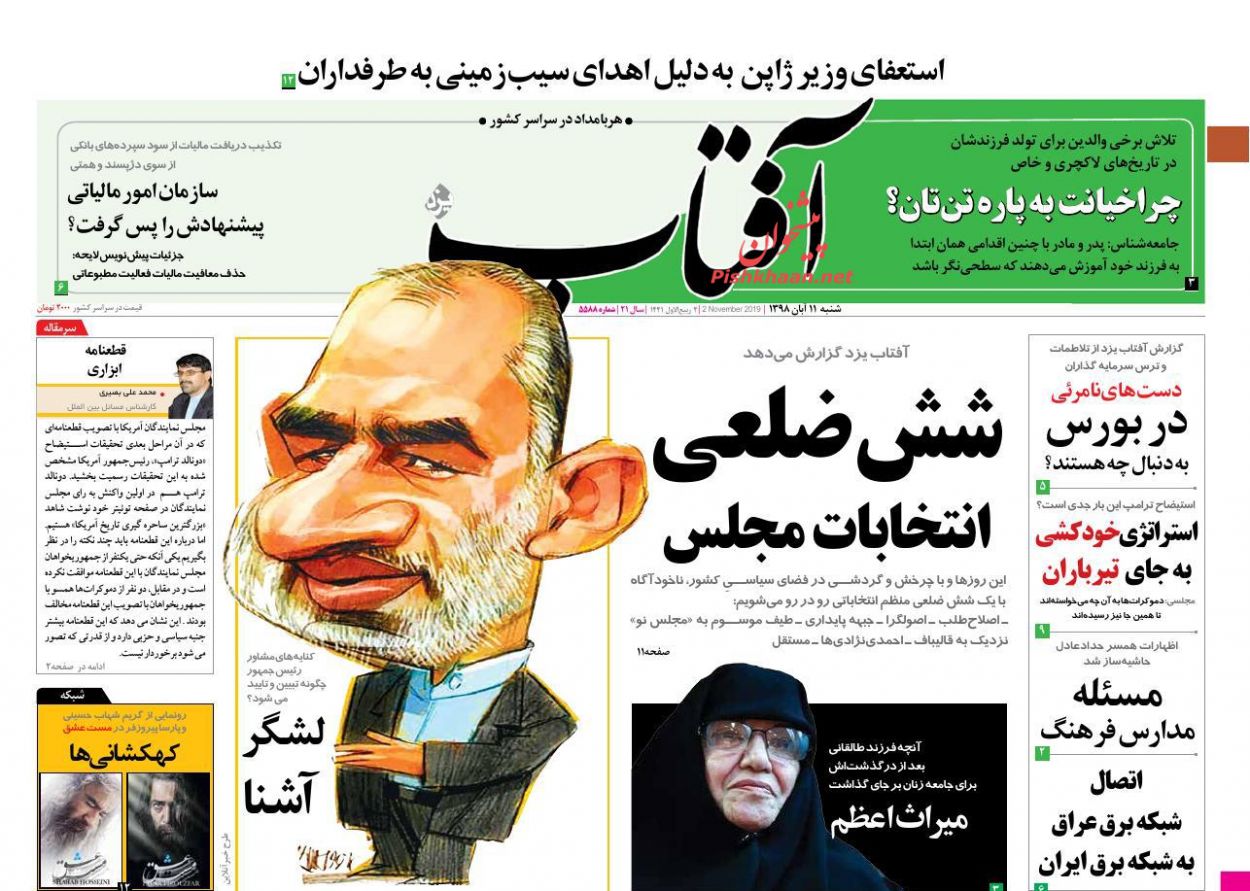 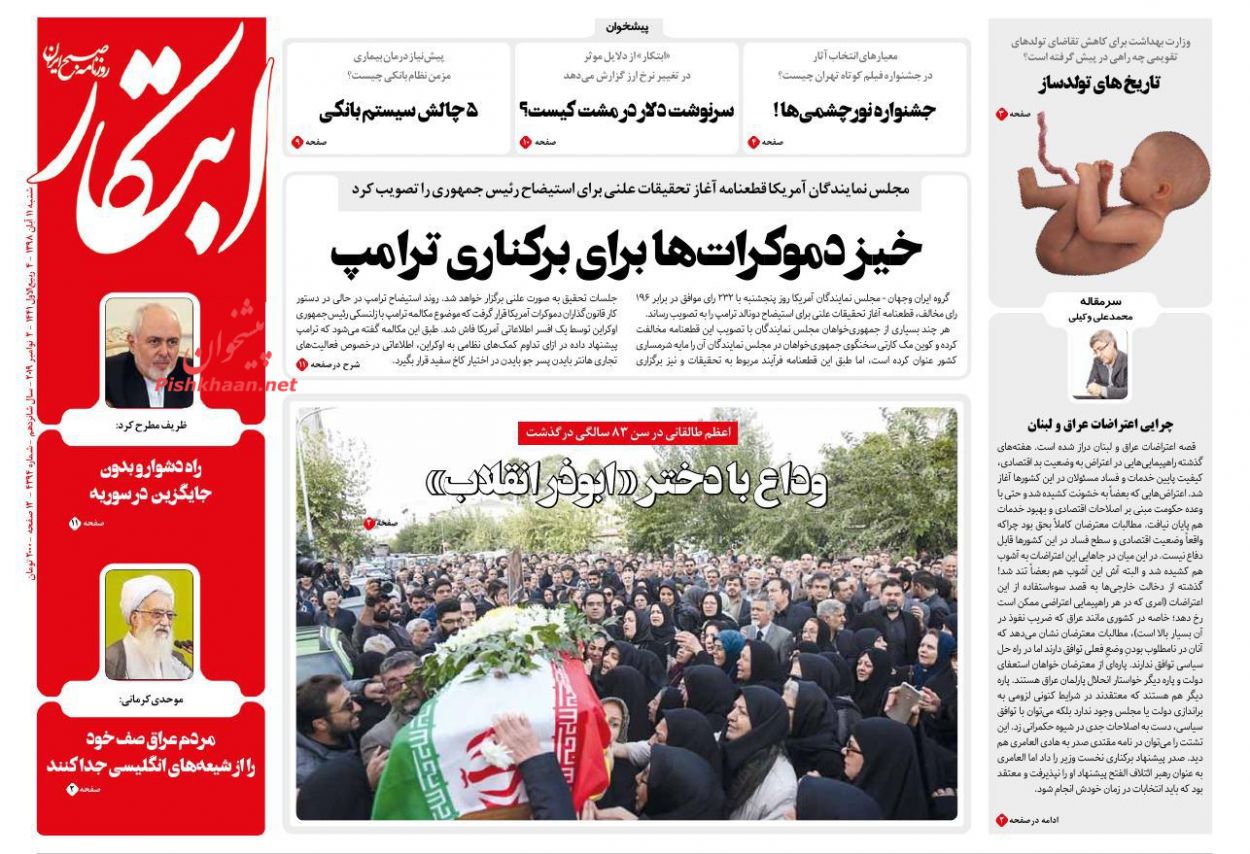 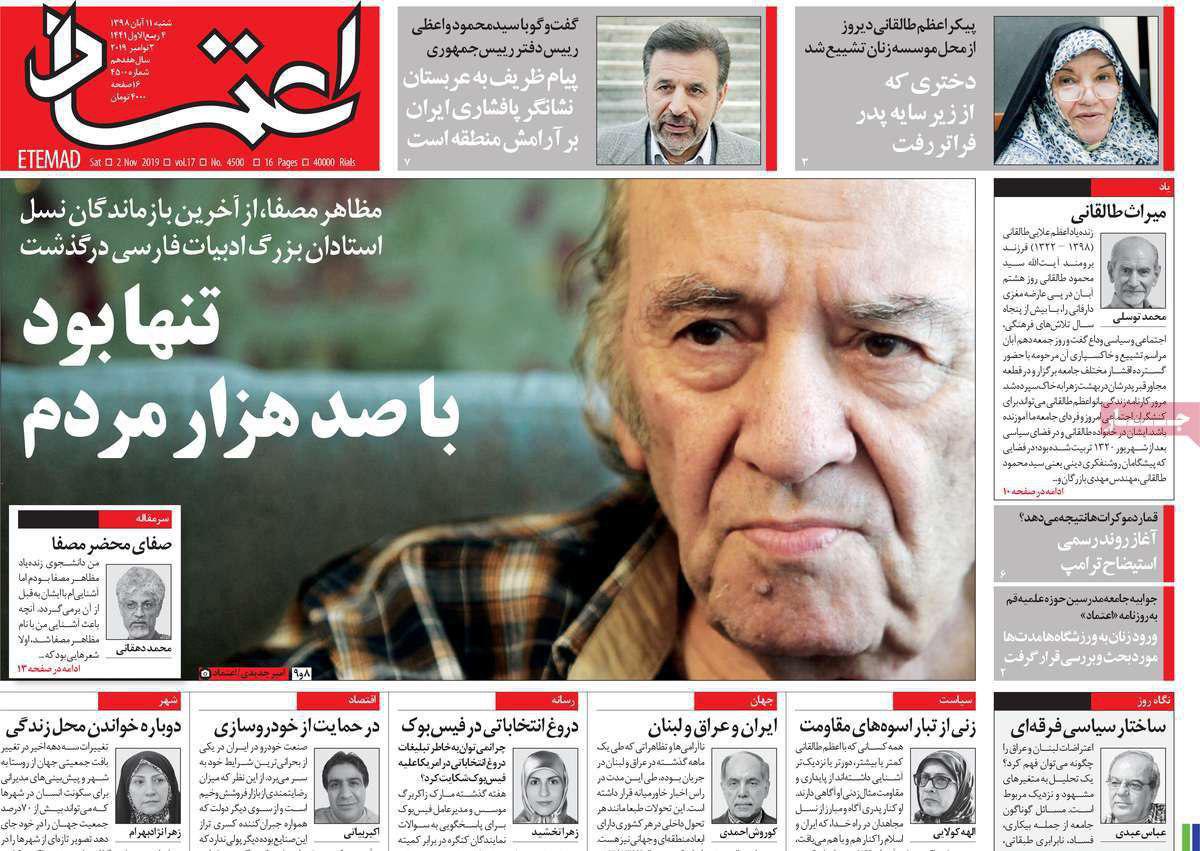 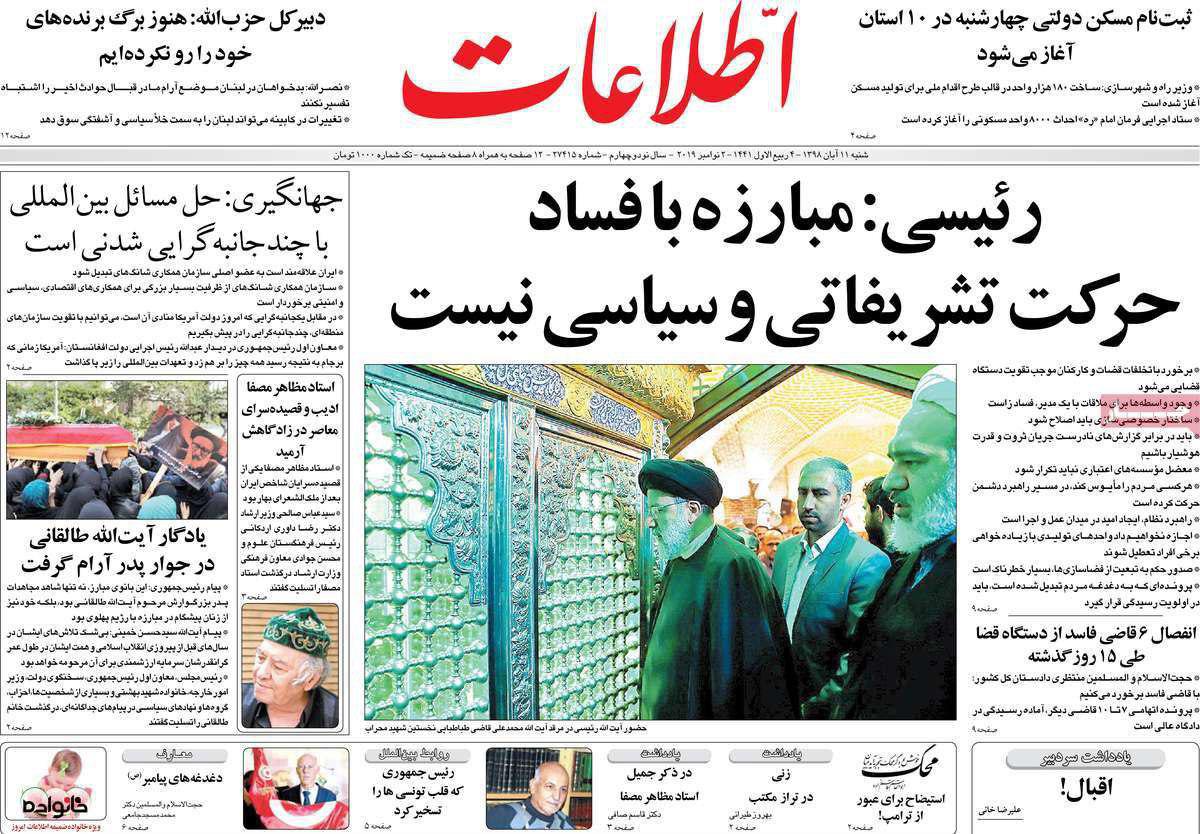 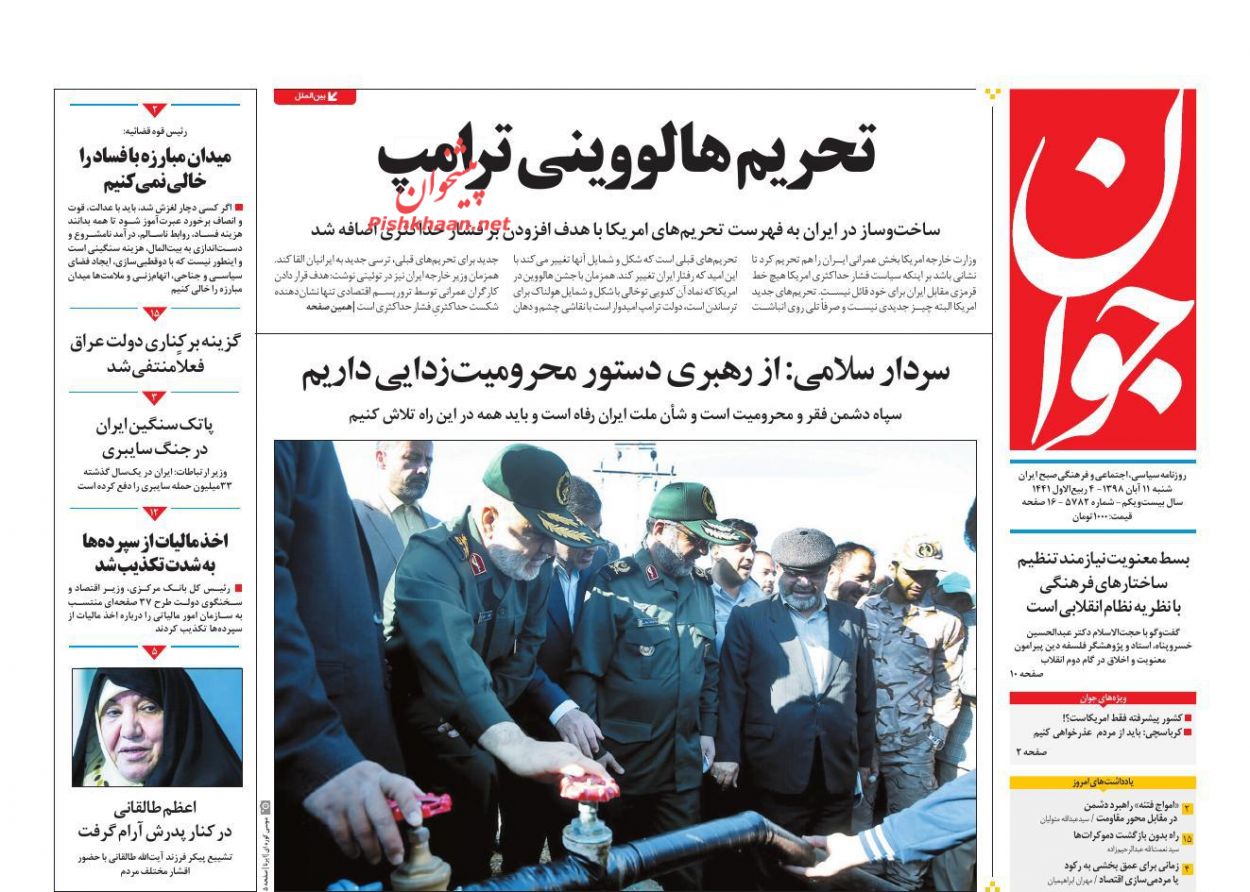 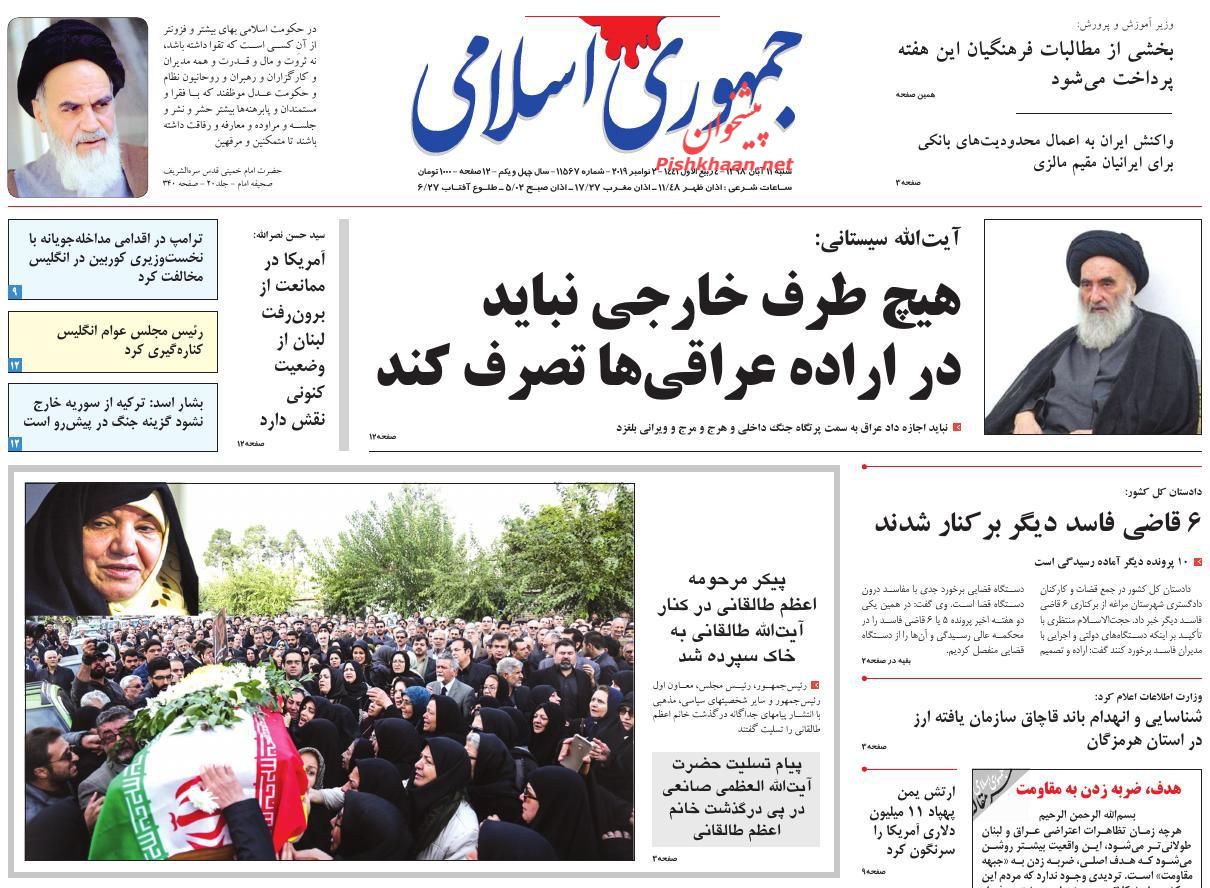 Kayhan:
1- People Crush US, Israel Flags under Their Feet in Iraq, Lebanon
2- New US Sanctions Repetition of Old Bans: Central Bank Chief
3- Assad: If Turkey Refuses to Leave Syria, War Will Be Only Option 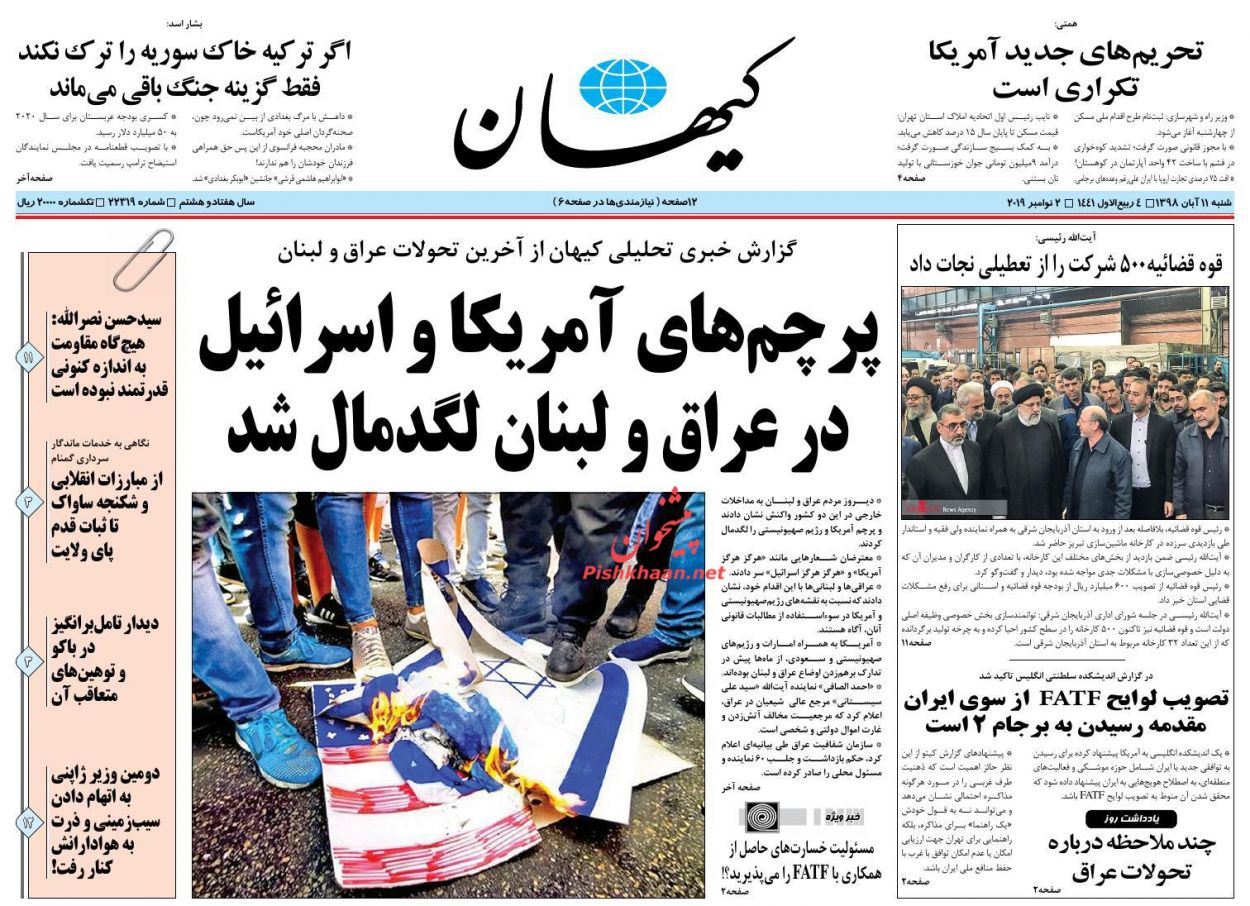 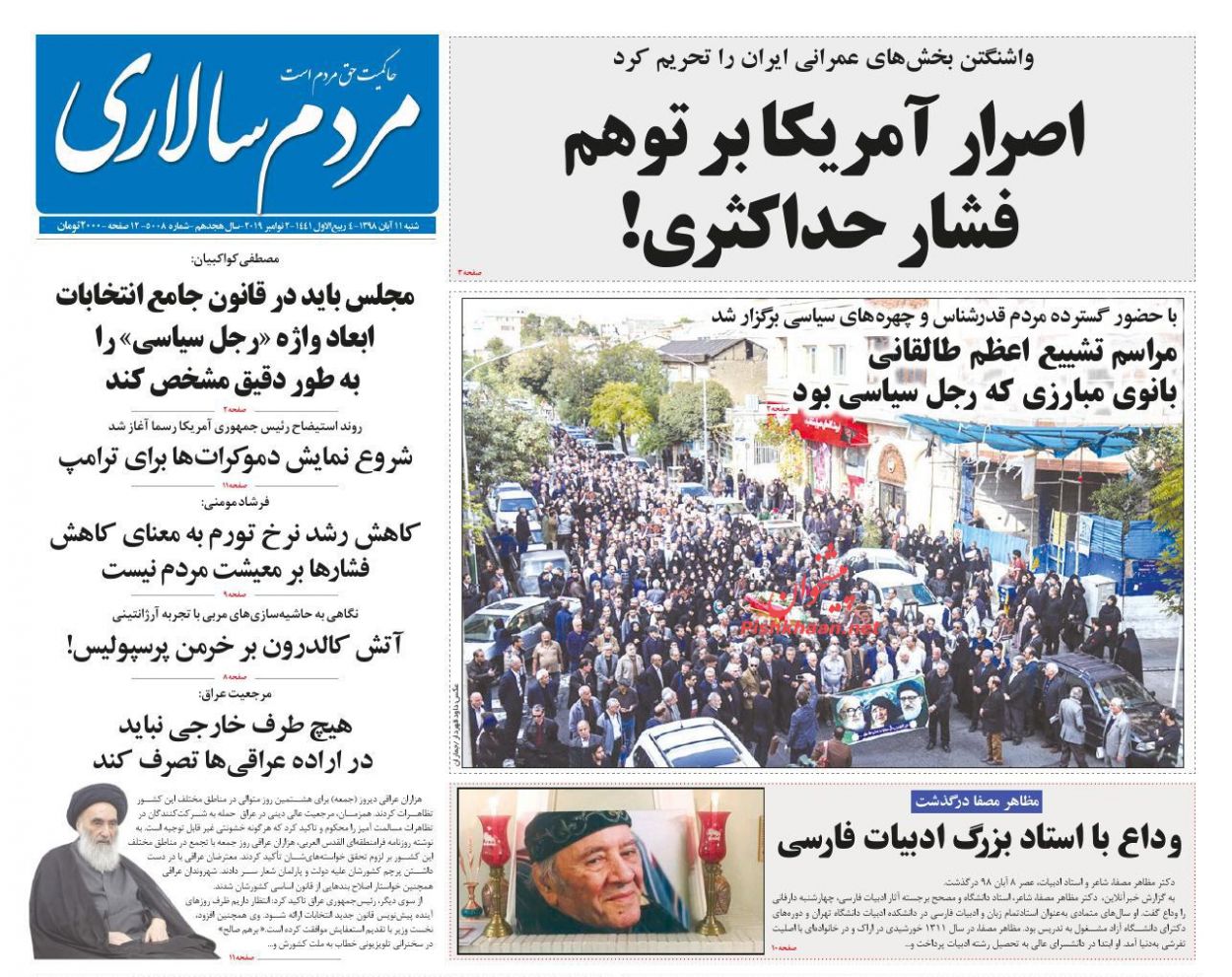 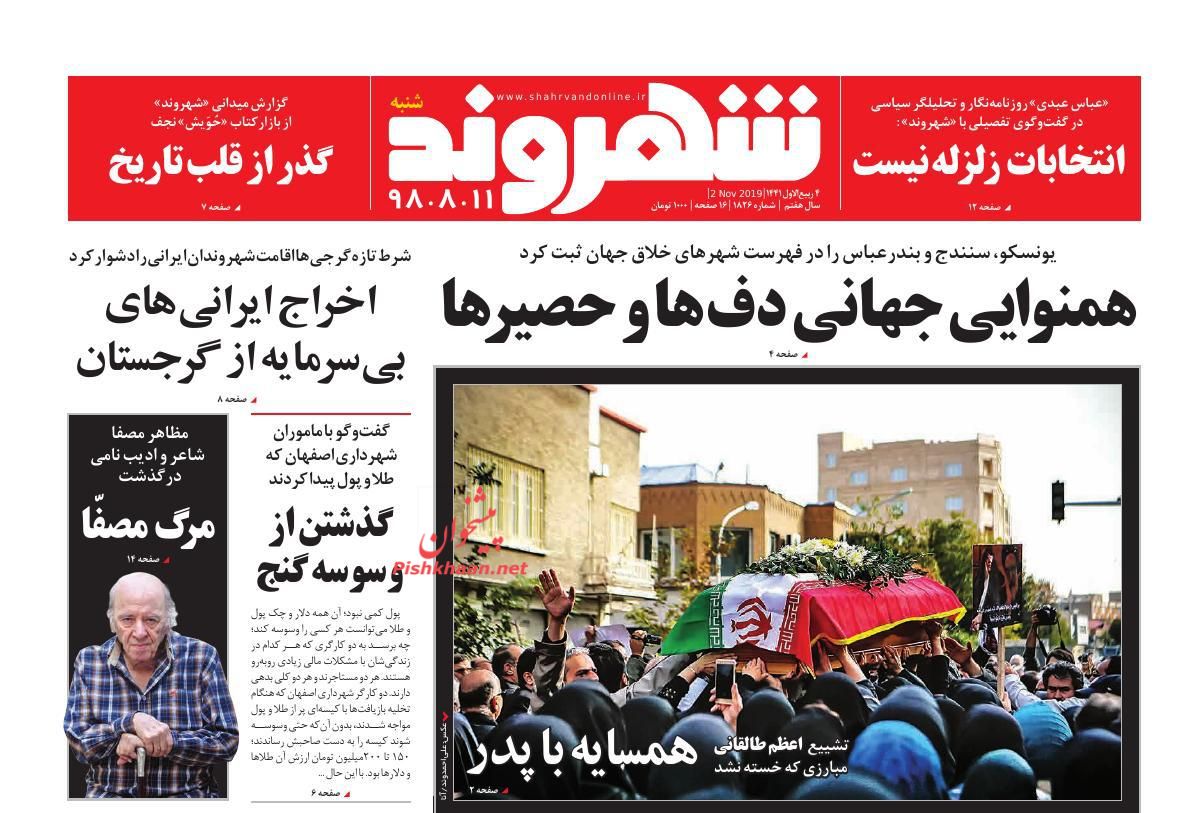