A Look at Iranian Newspaper Front Pages on May 6

The majority of newspapers today covered Israel’s indiscriminate war on Gaza in which over 25 people, including a 14-month-old kid and two pregnant women, lost their lives. Iran had called on the United Nations to take action as soon as possible.

The papers also covered the tension between Iran and the US and the push by US Secretary of State Mike Pompeo and National Security Advisor John Bolton to wage a war on the Islamic Republic. They say this team is doing its best to force Iran to leave the nuclear deal to pave the ground for an attack on the country.

Iran’s oil sale and possible measures in face of US bullying as well as the resistance movement’s firing of about 600 rockets on Israel were among the other topics highlighted by Iranian dailies today. 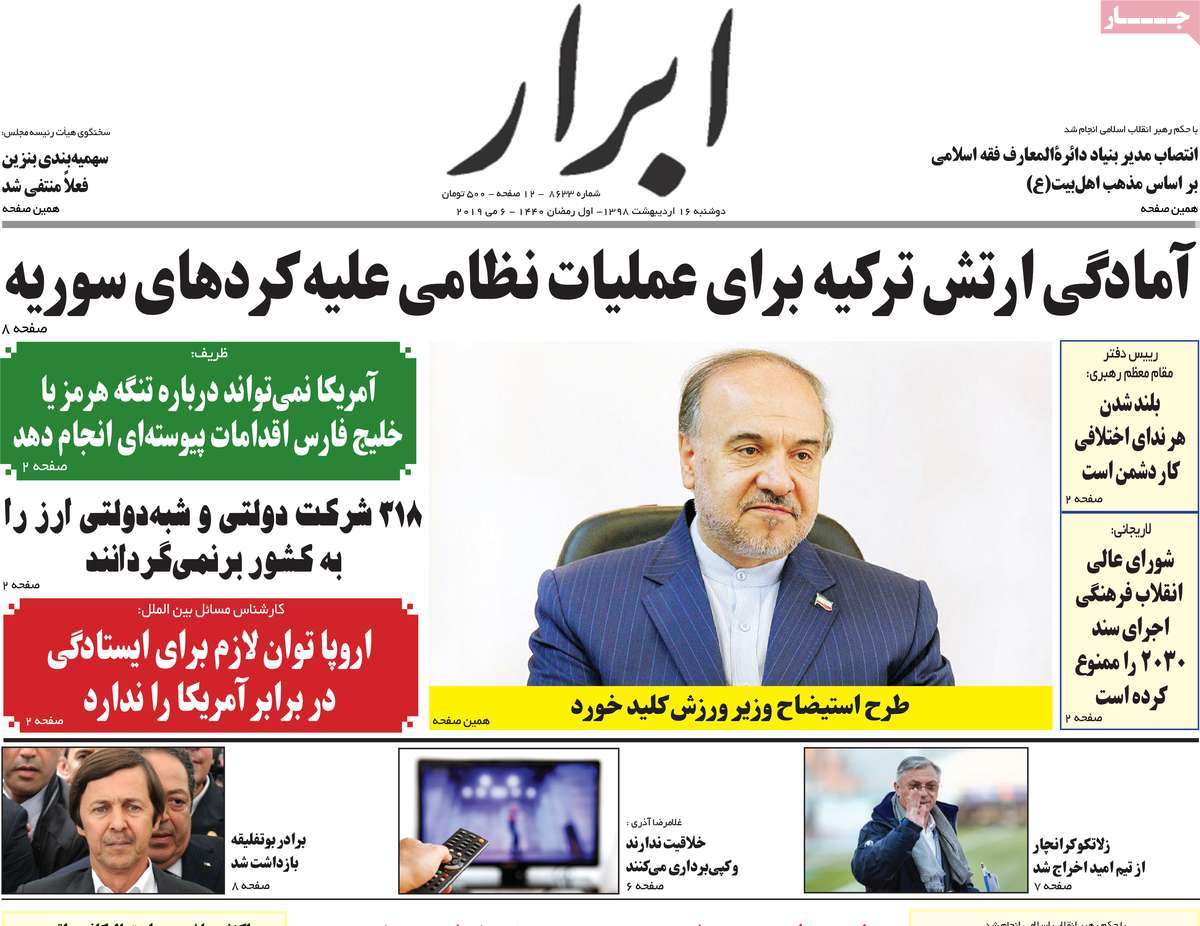 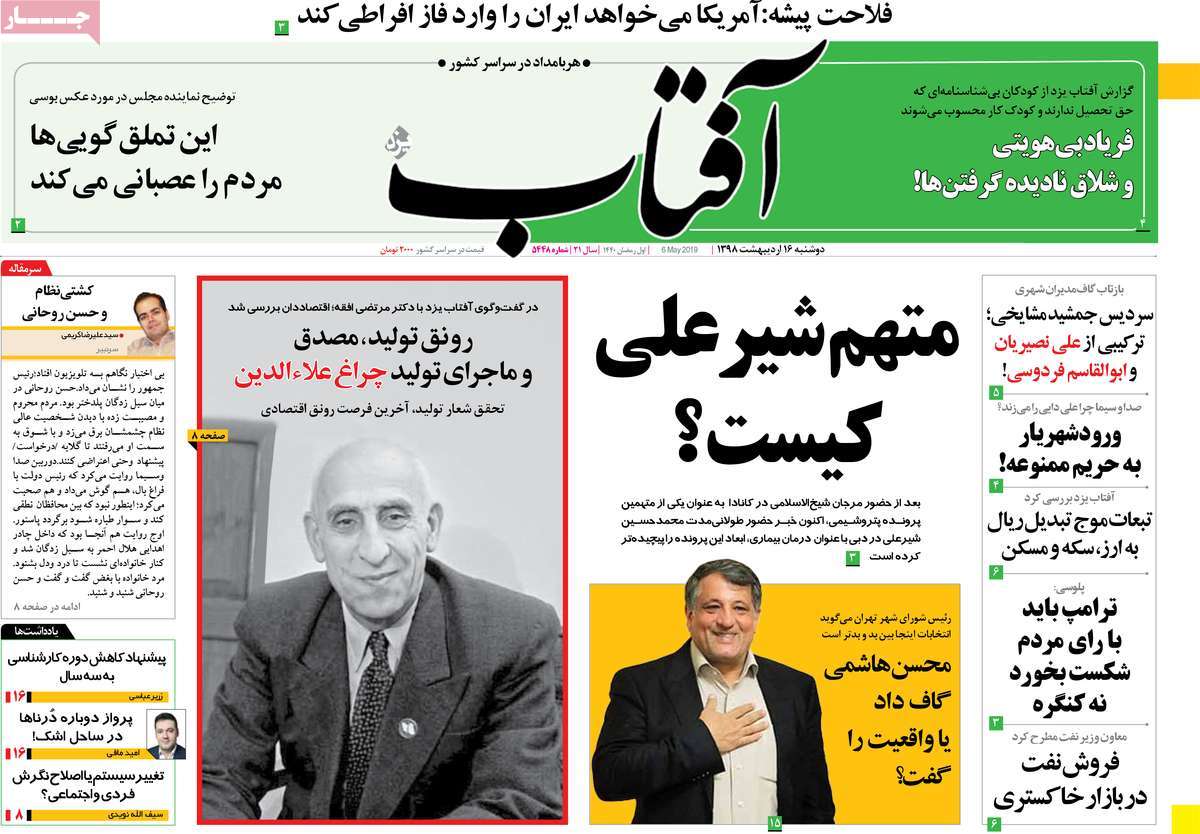 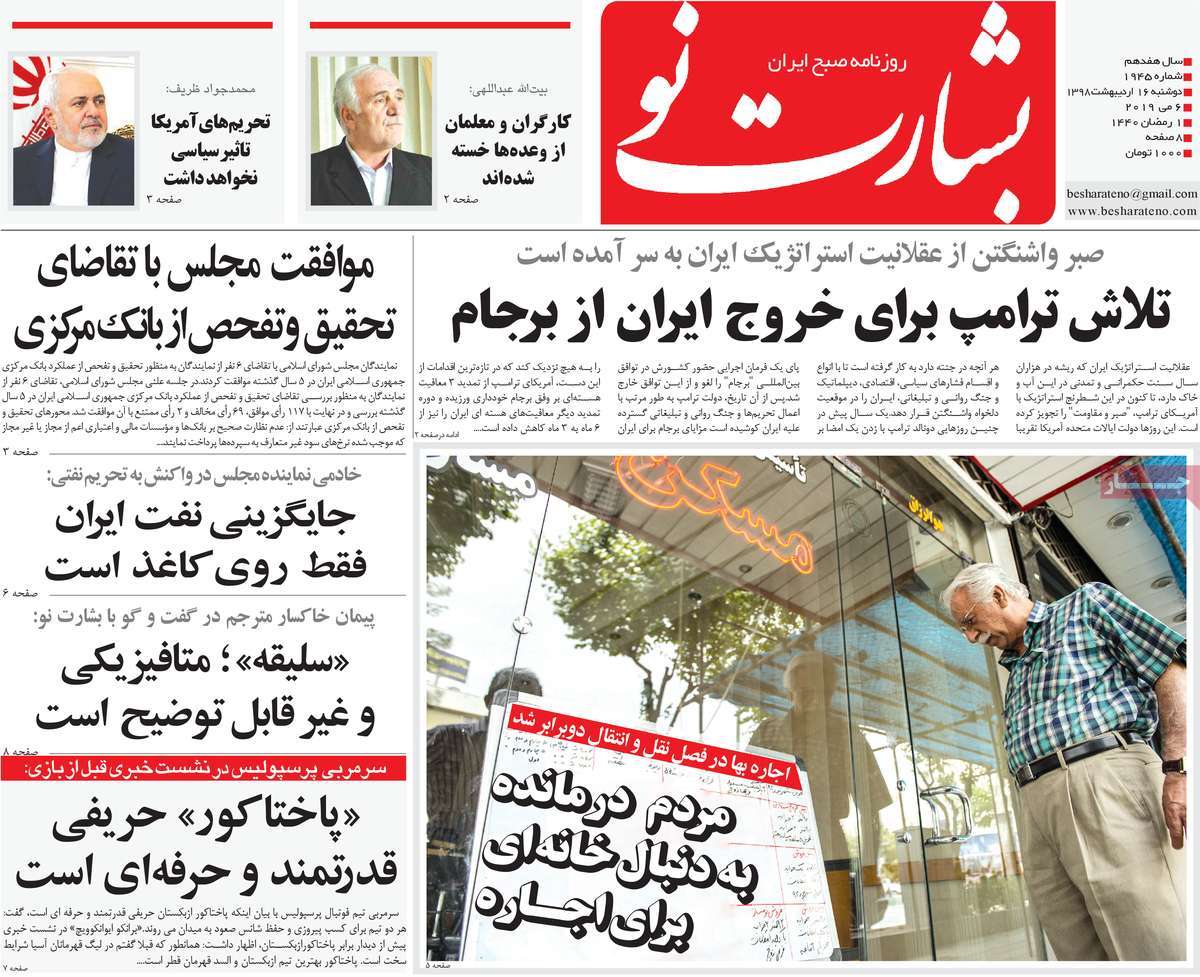 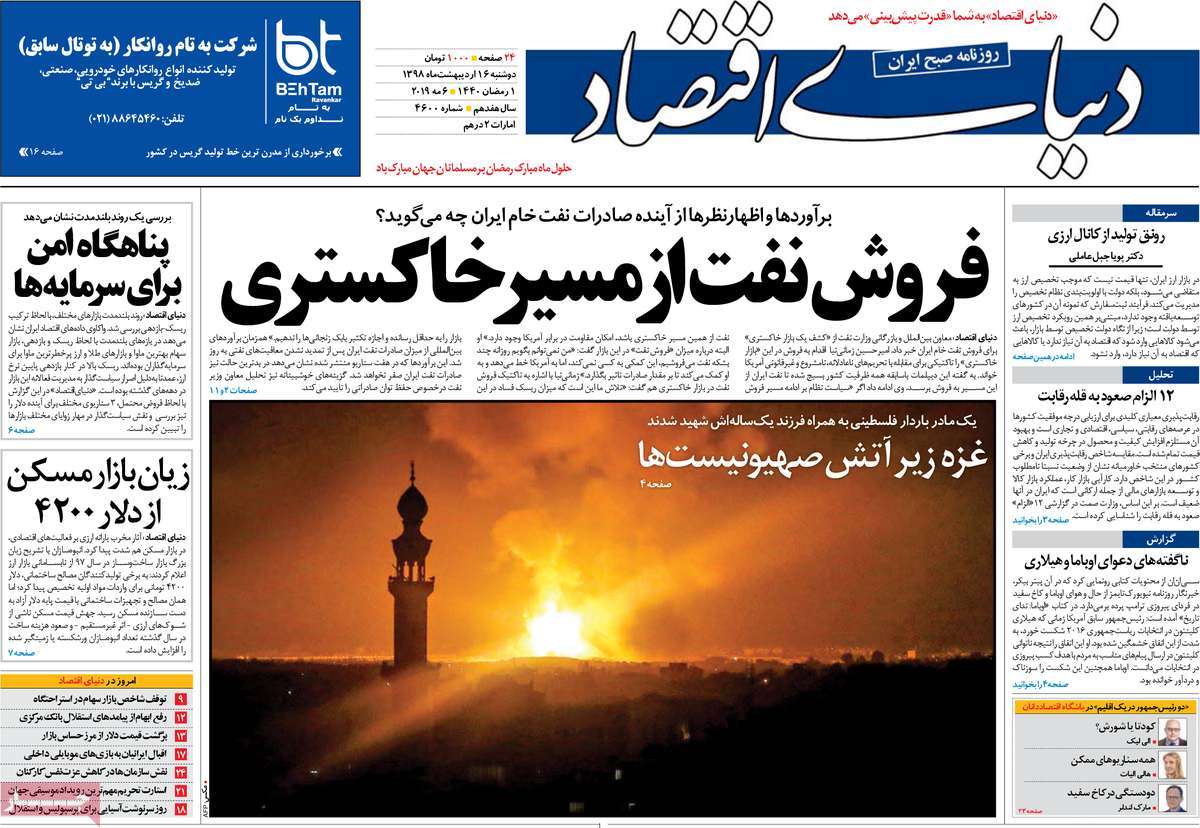 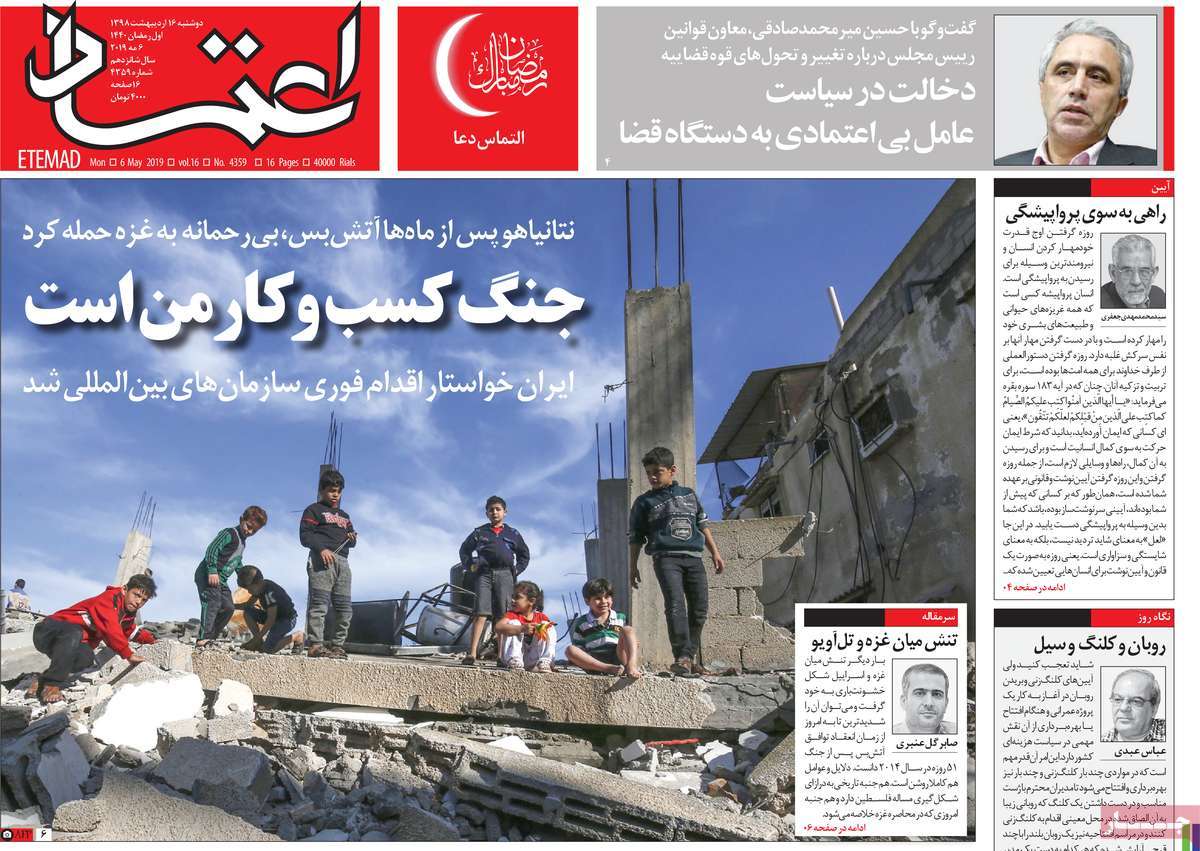 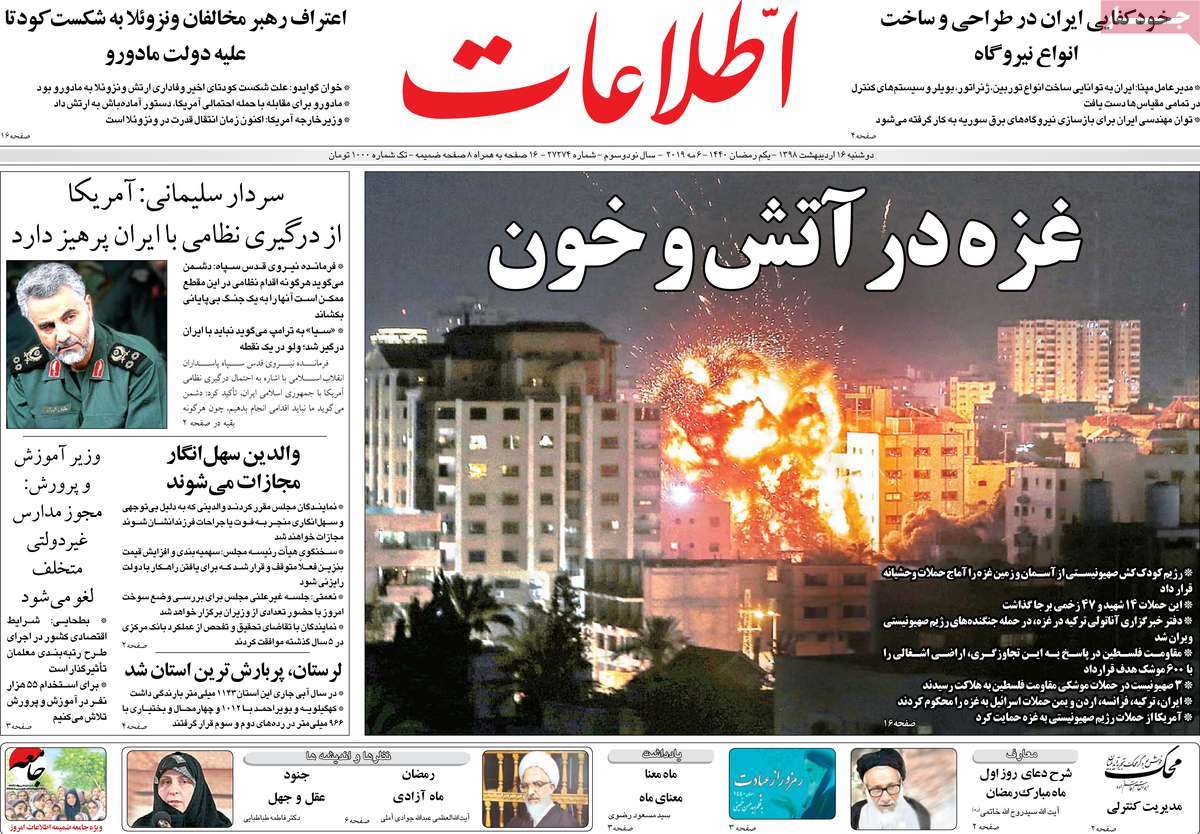 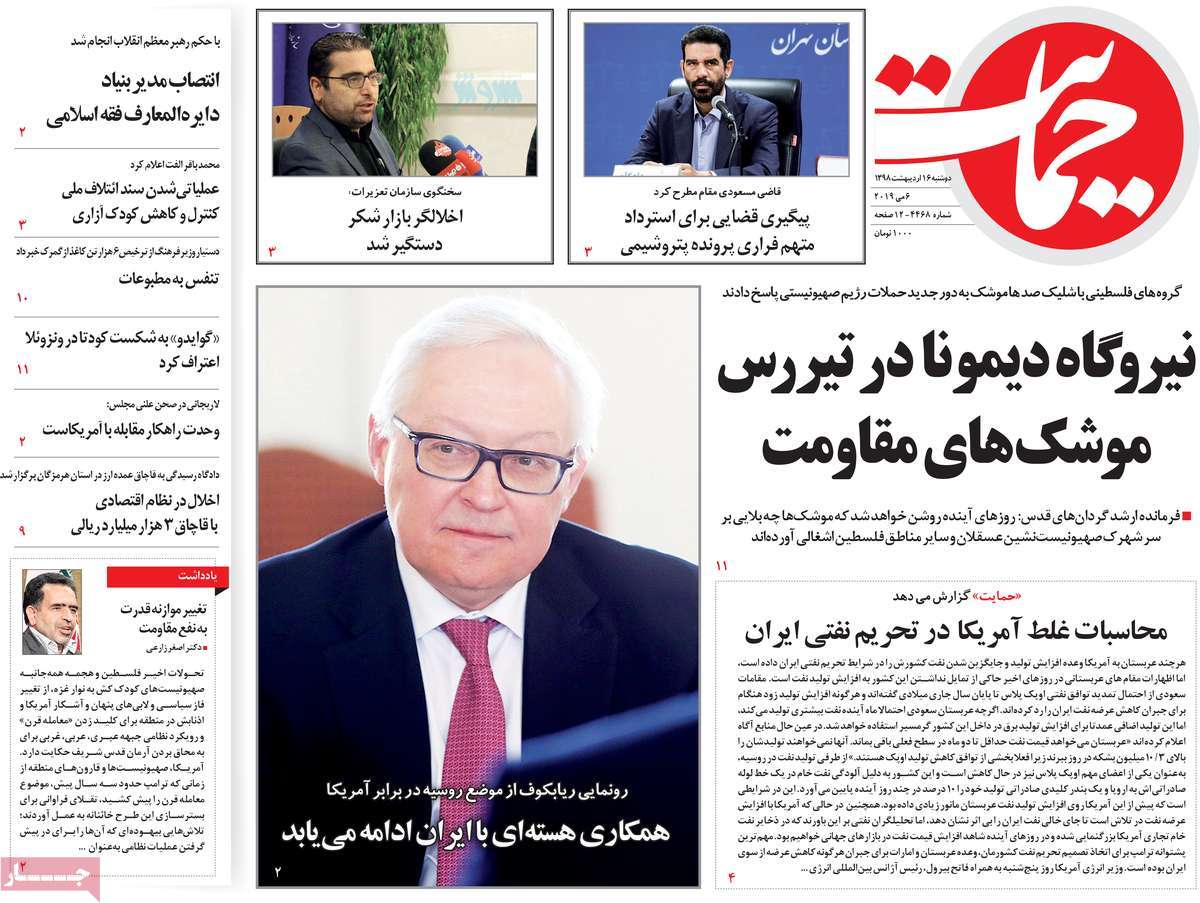 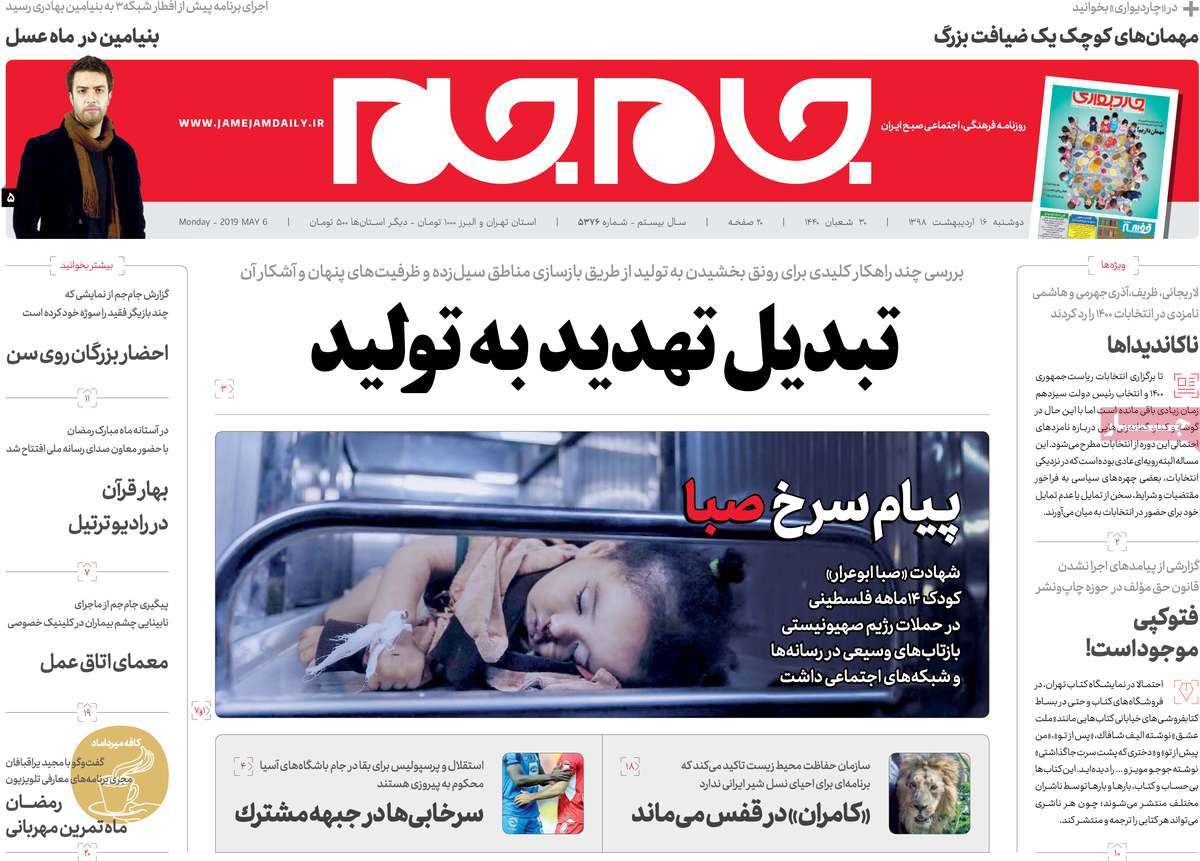 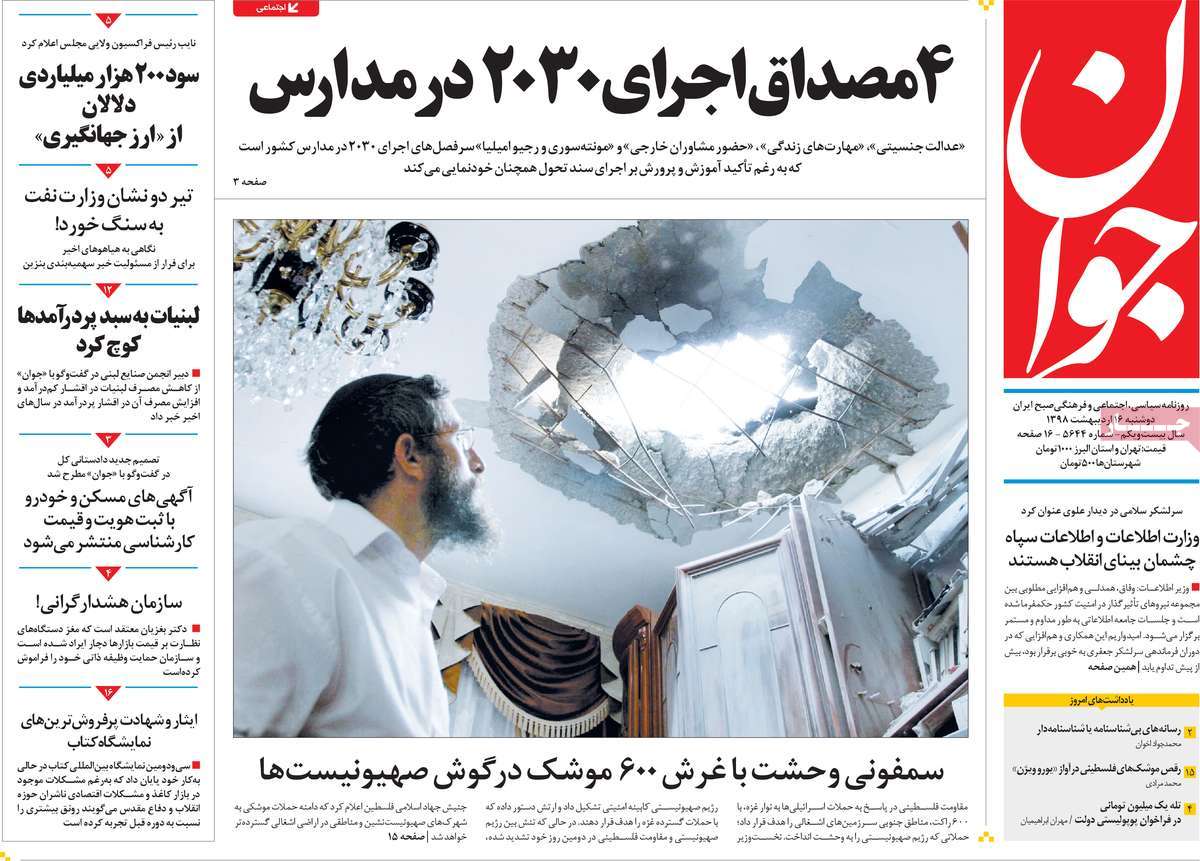 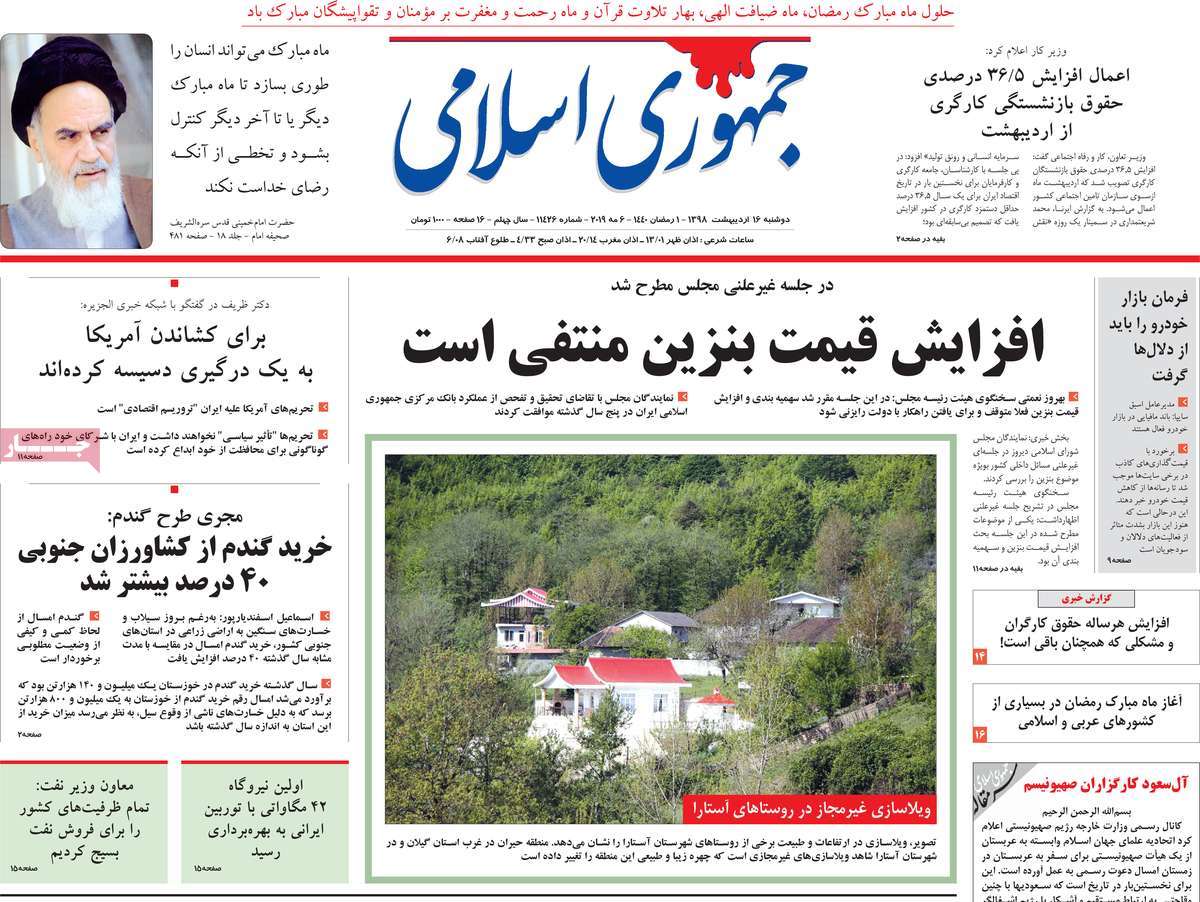 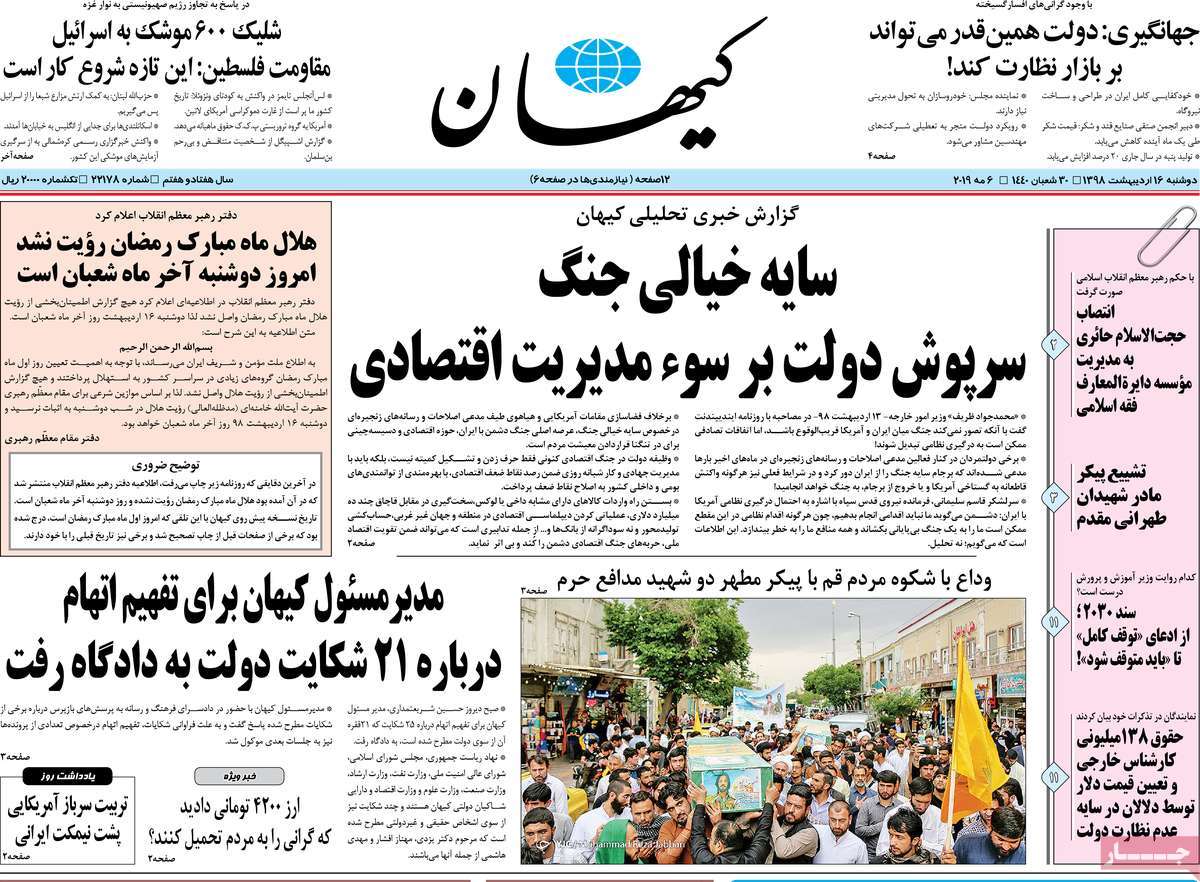 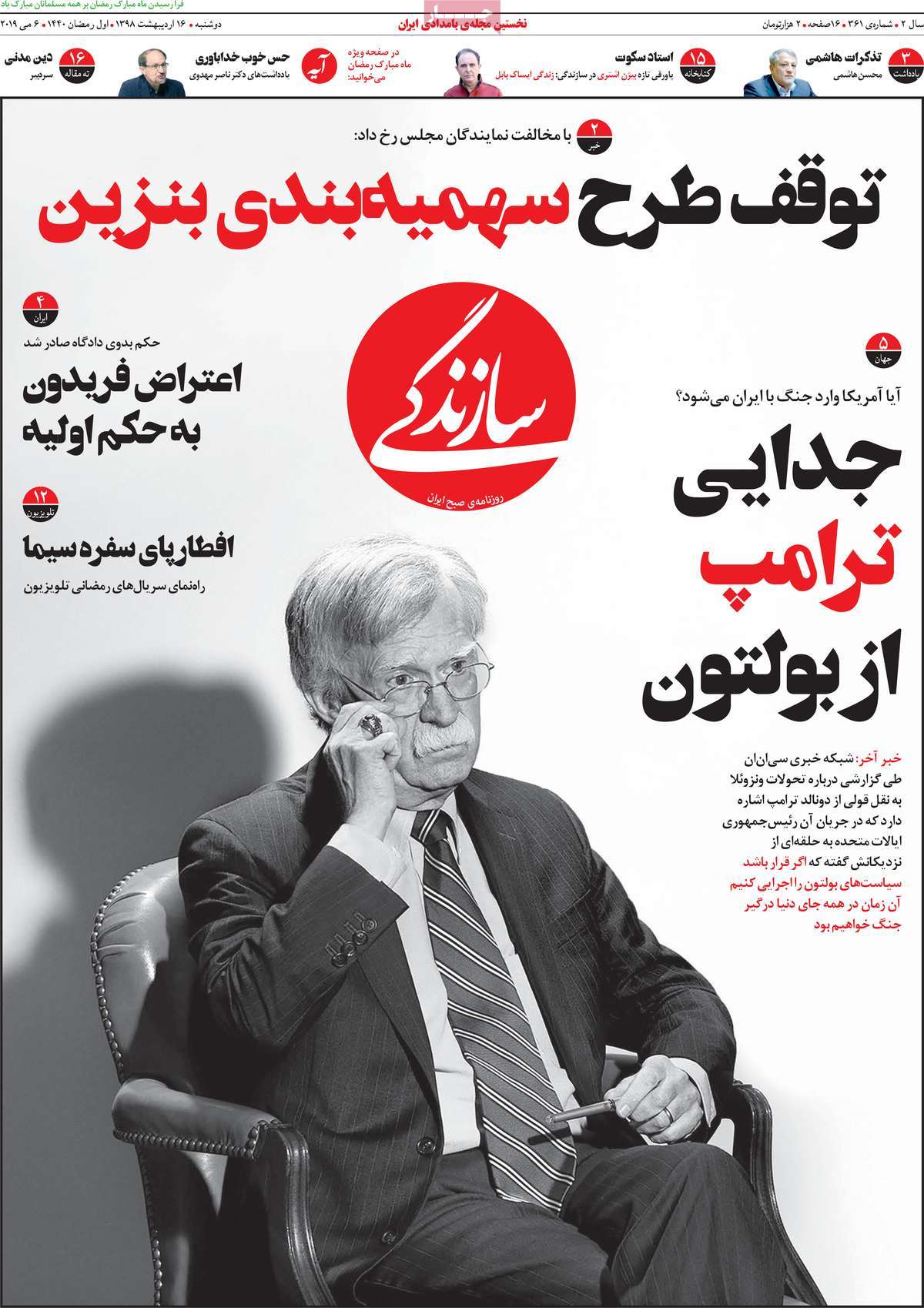 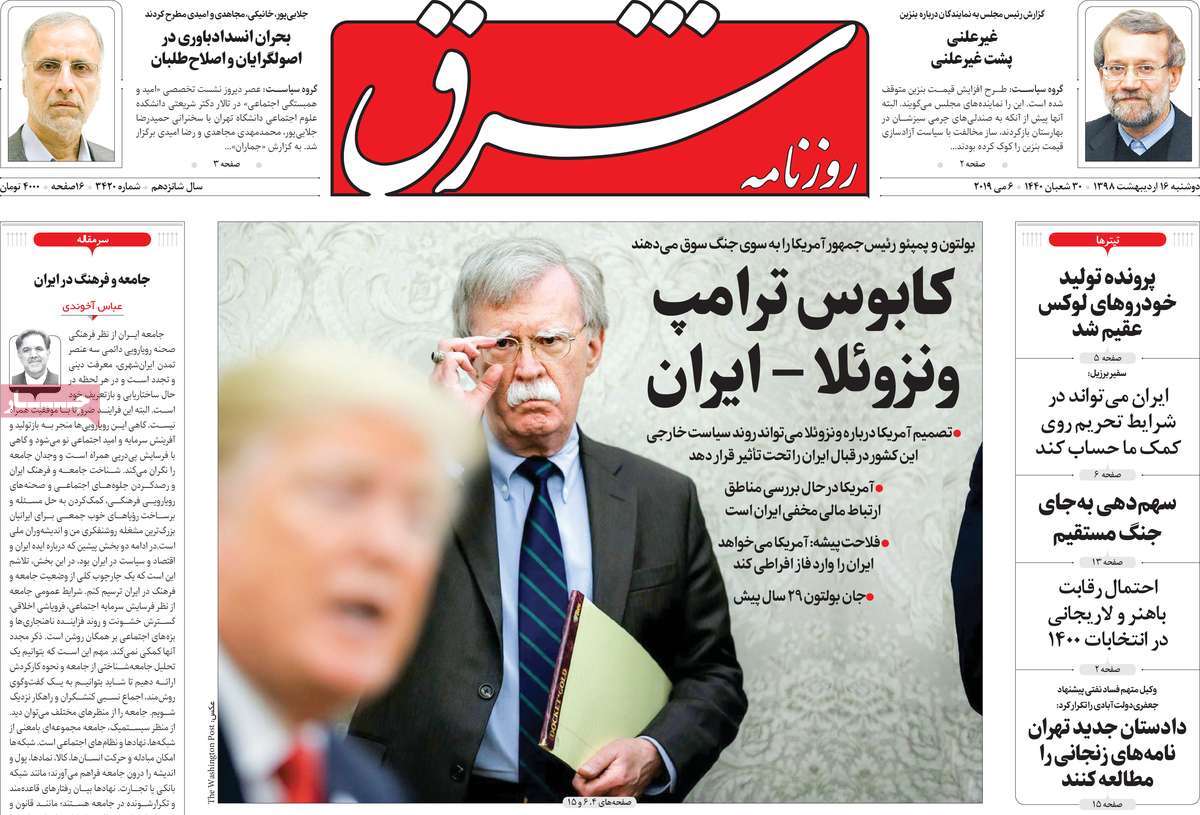