IFP has taken a look at the front pages of Iranian newspapers on Tuesday, May 12, 2020, and picked headlines from 12 of them. IFP has simply translated the headlines and does not vouch for their accuracy. 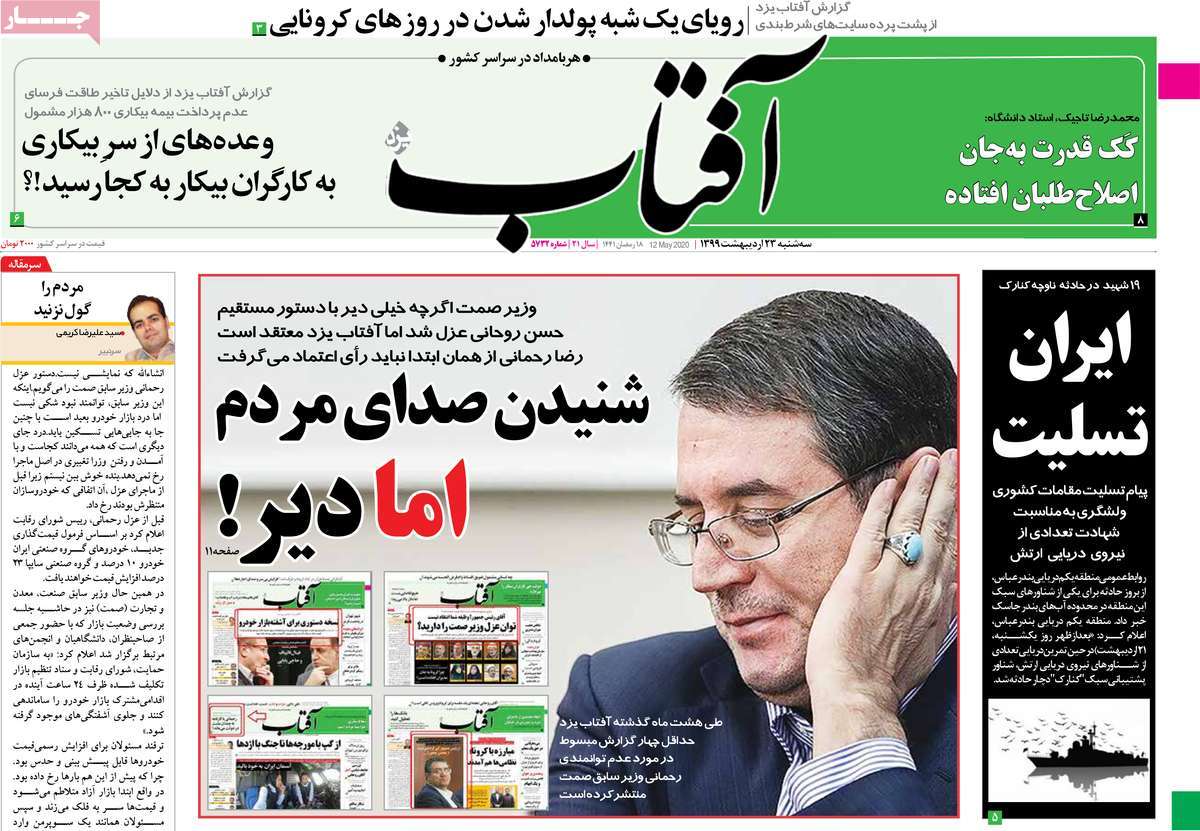 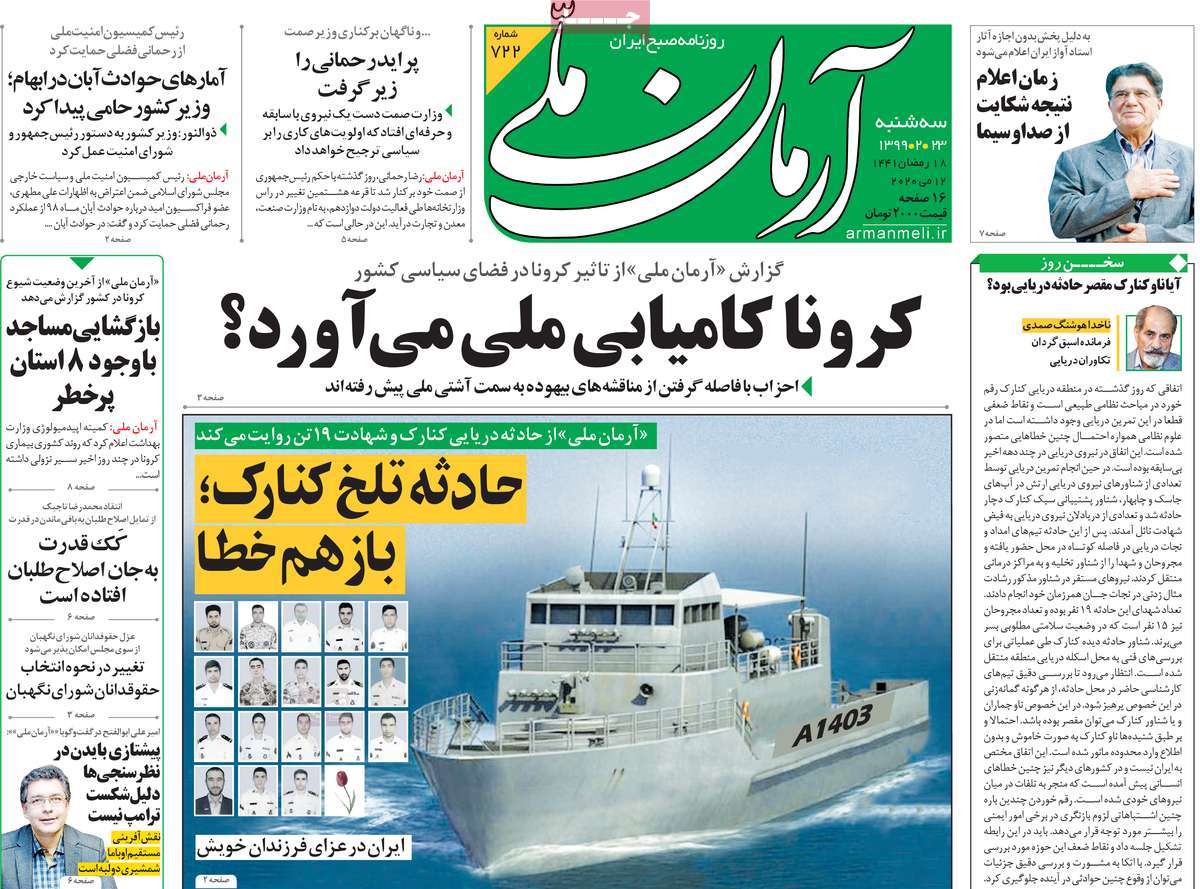 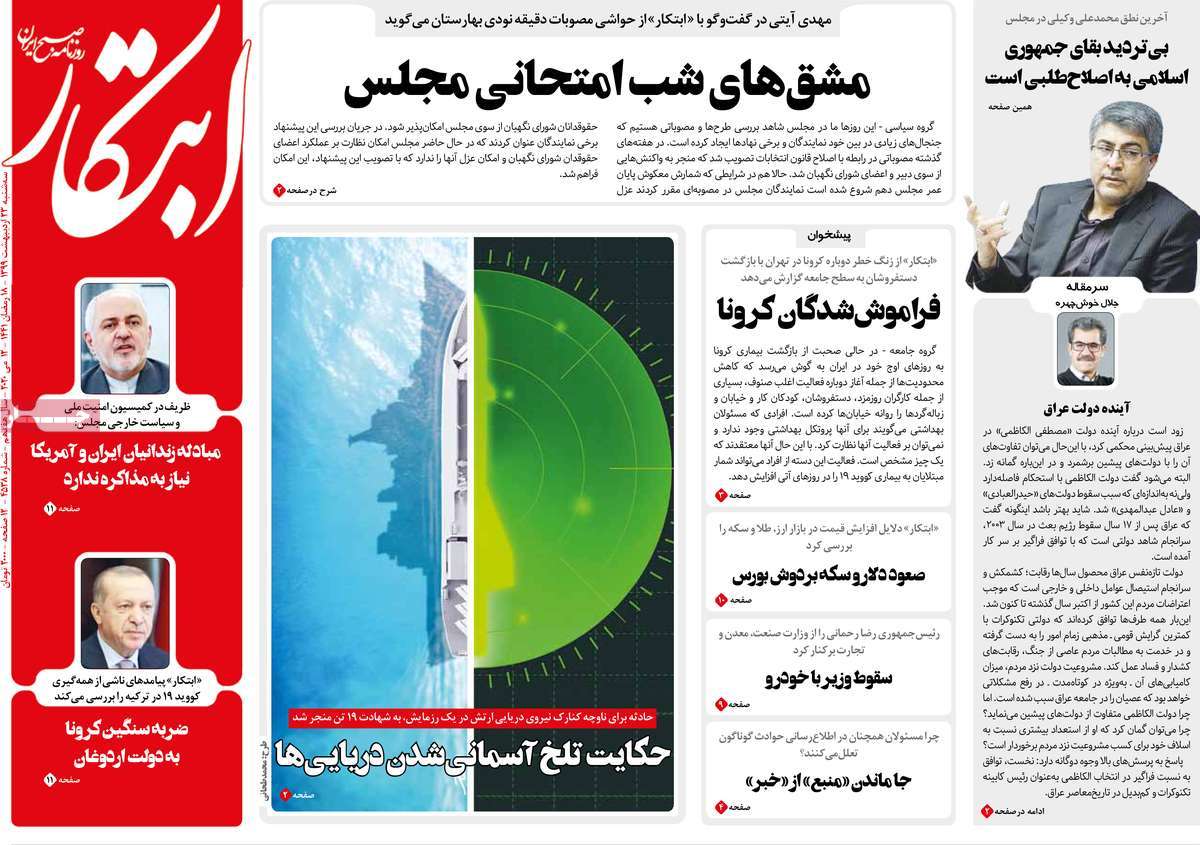 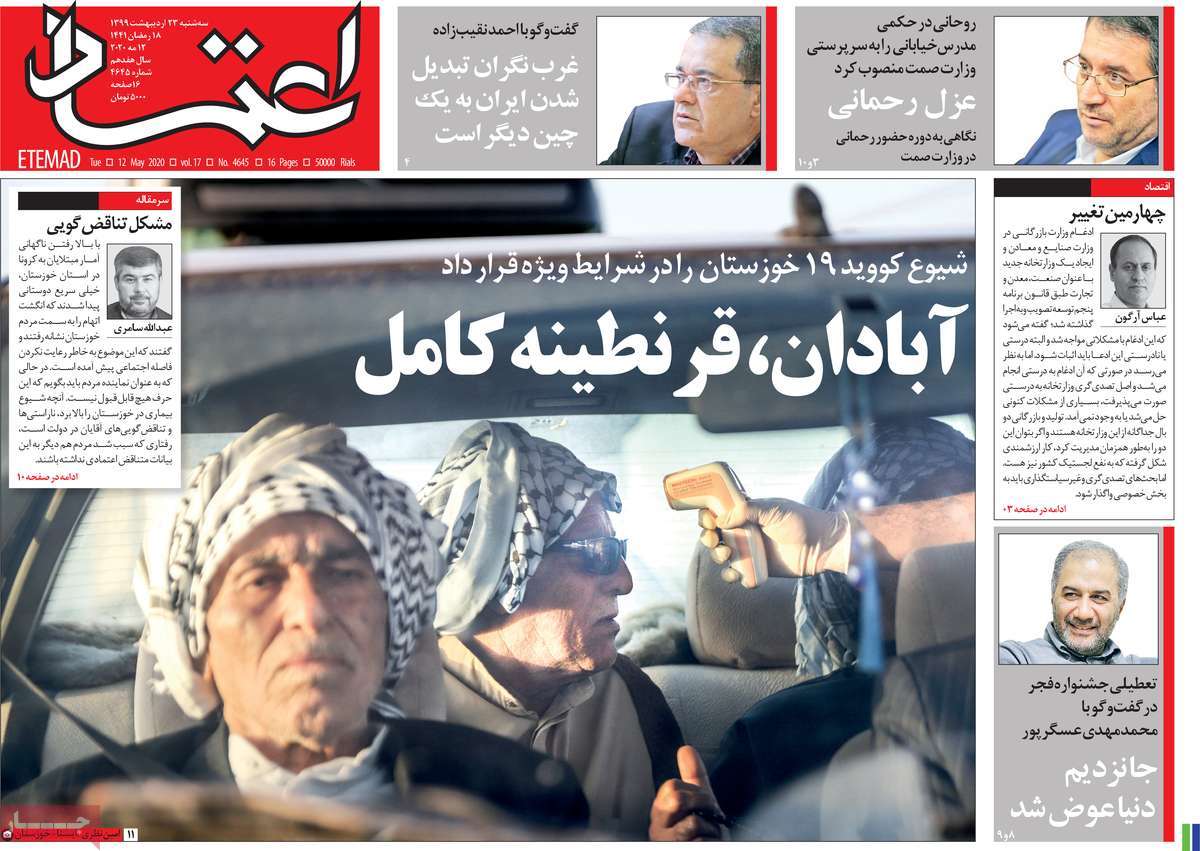 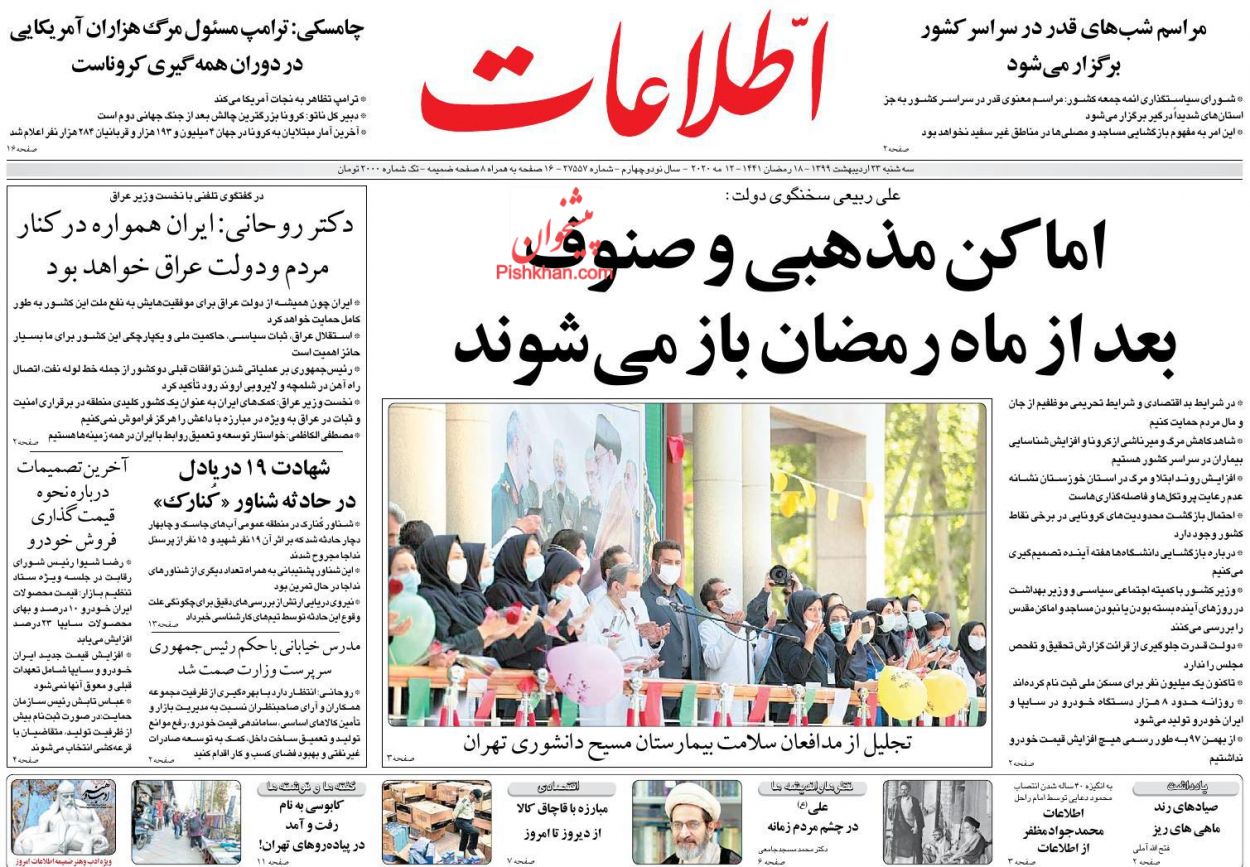 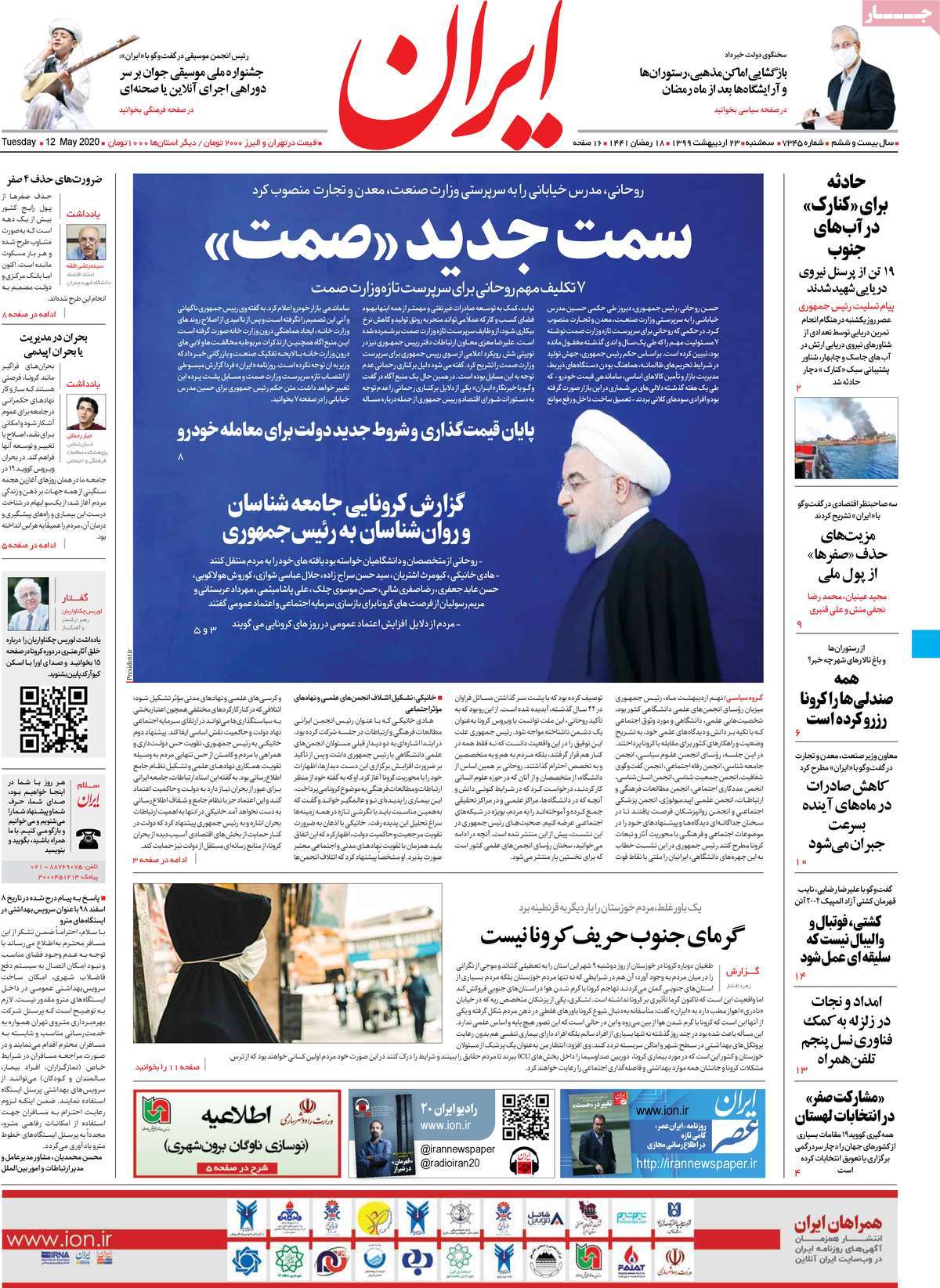 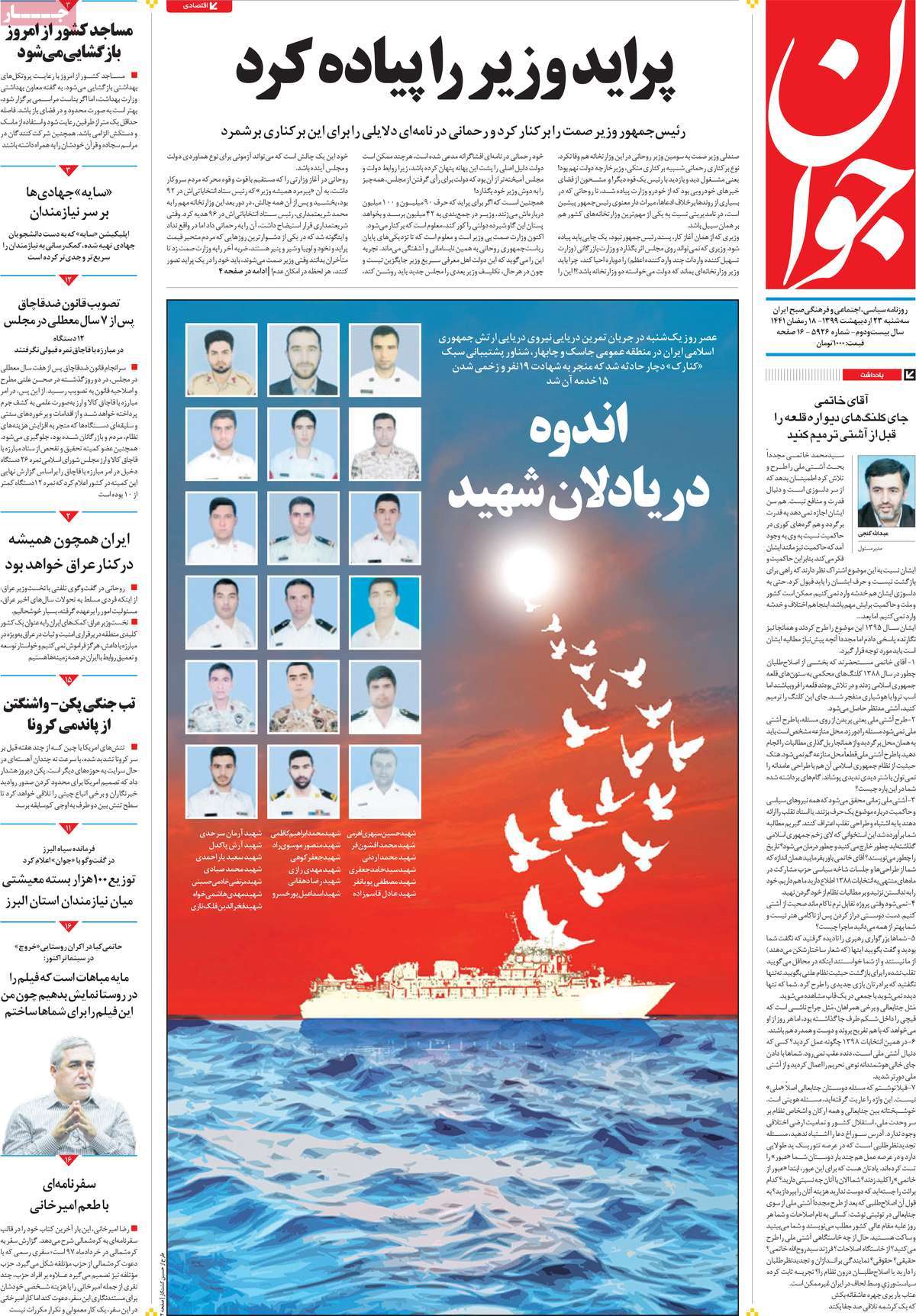 1- Government’s Imprudence in Car Market Gives 3,000 Billion Tomans to Dealers
2- Konarak Vessel Incident Martyrs 19, Wounds 15
3- Mosques in Yellow, Red Zones to Be Open for 2 Hours in Qadr Nights
4- Zarif: We Have No Talks with US
* Removal of Arms Embargo to Give Iran Important Concessions 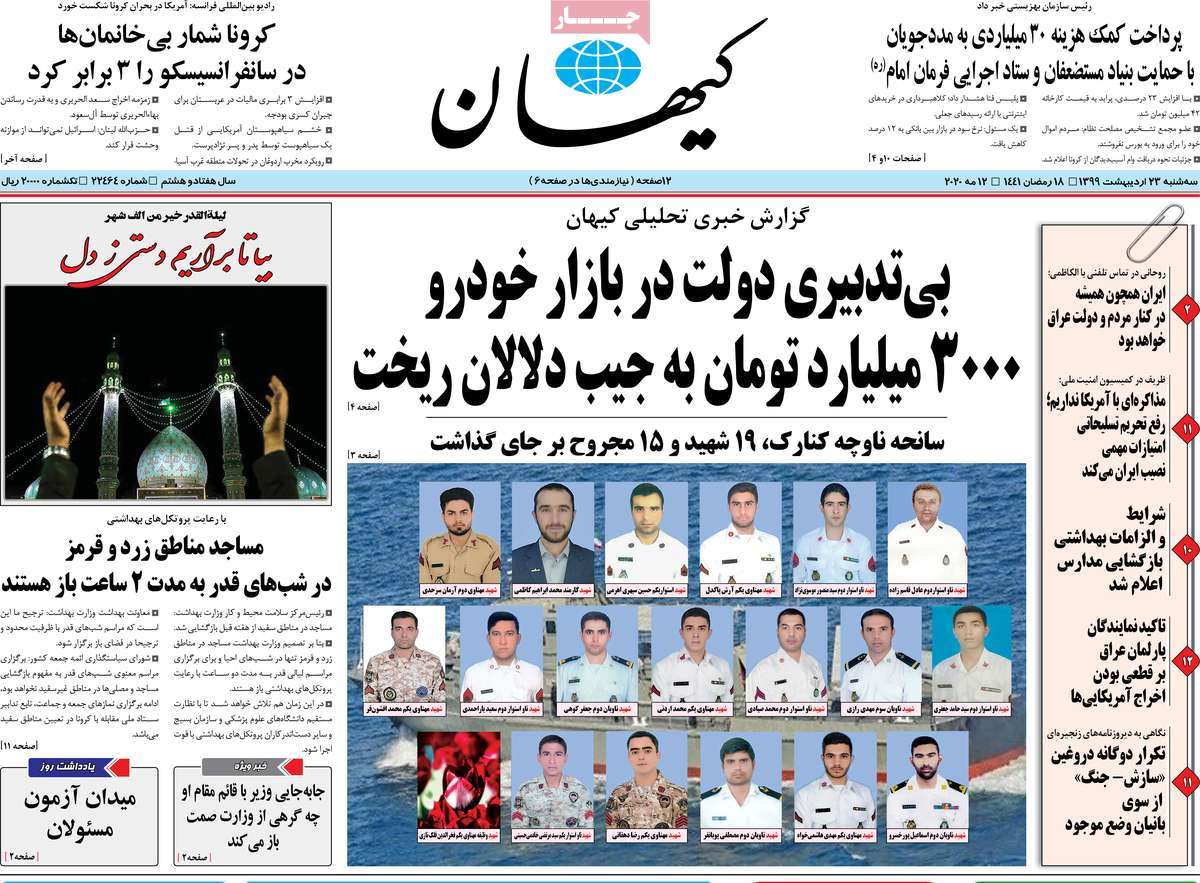 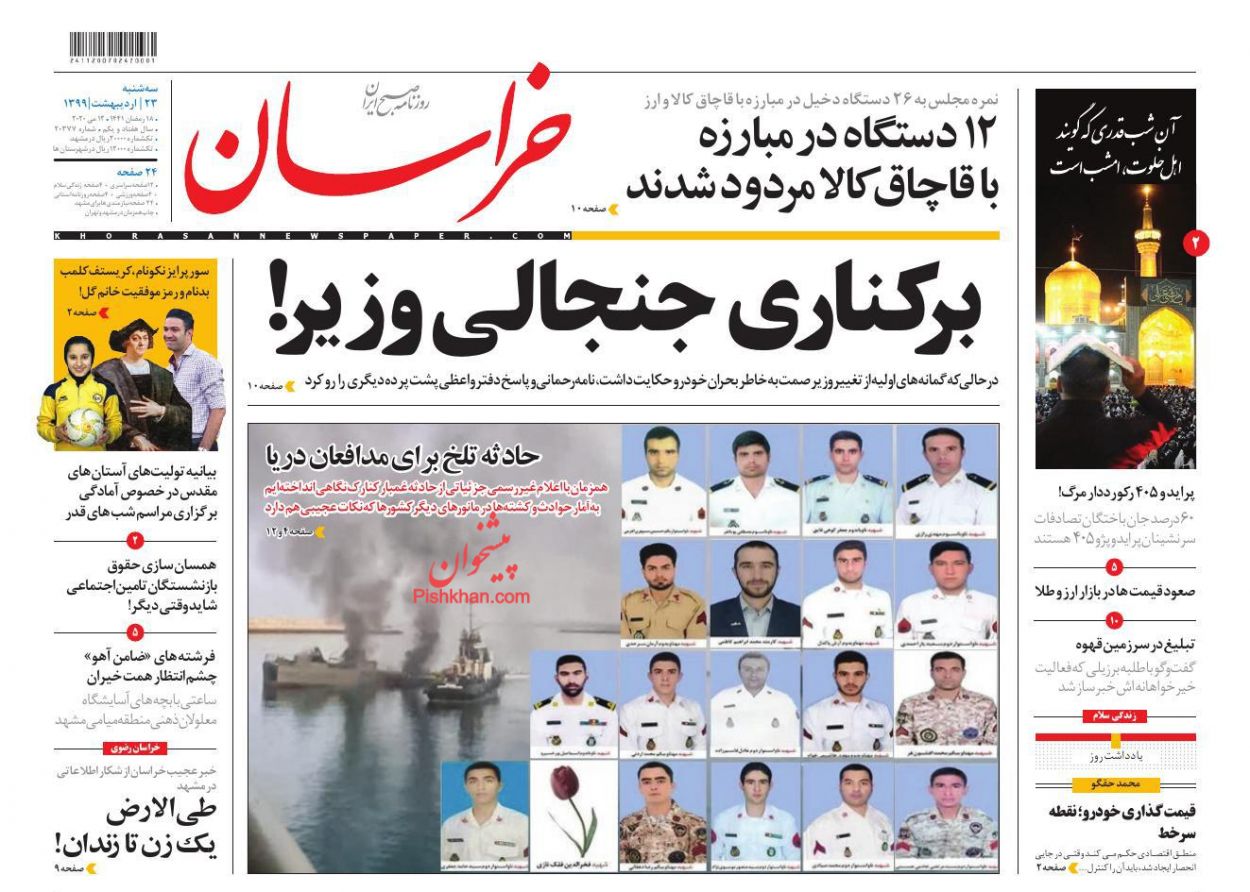 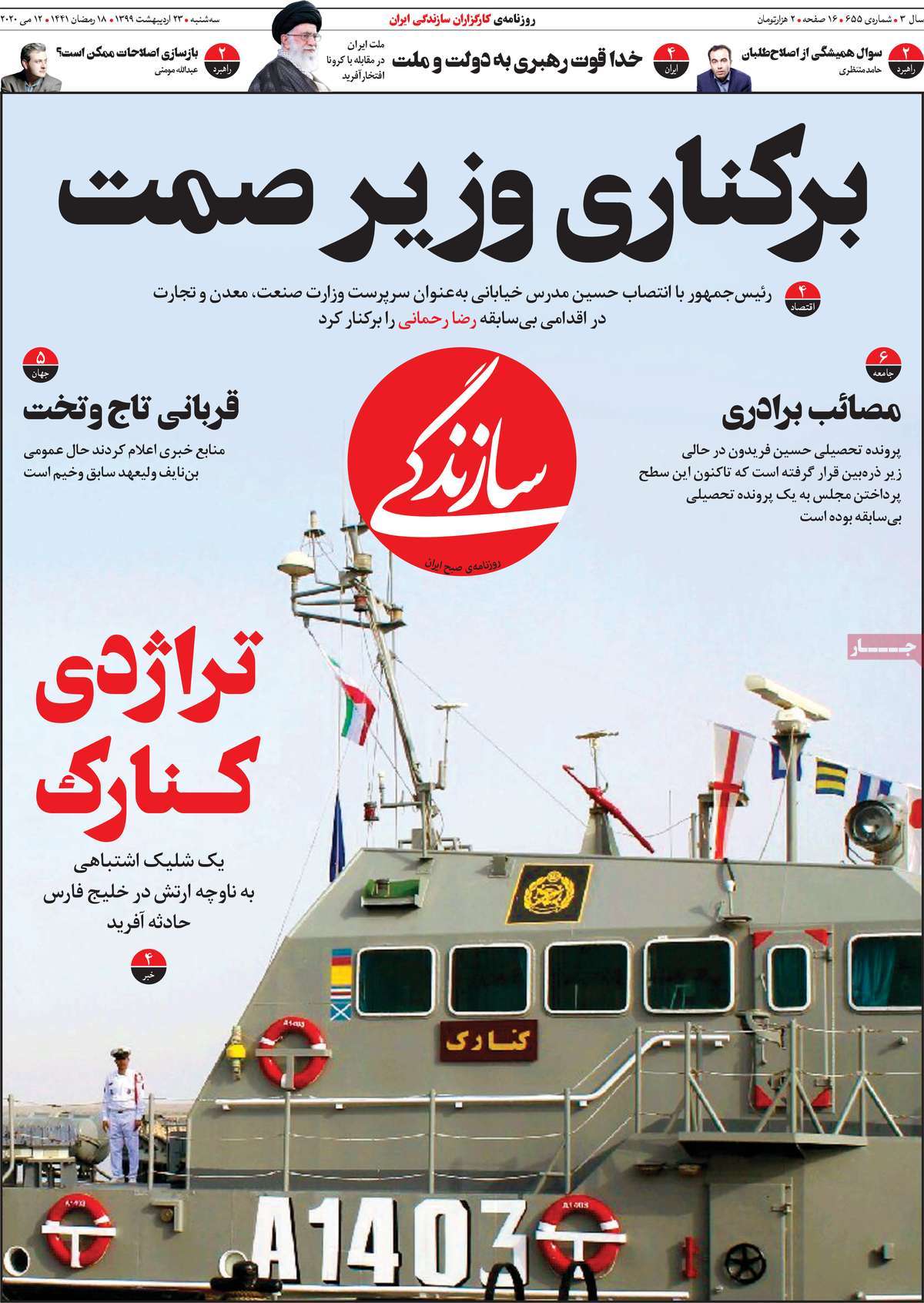 1- Military Incident in Sea of Oman 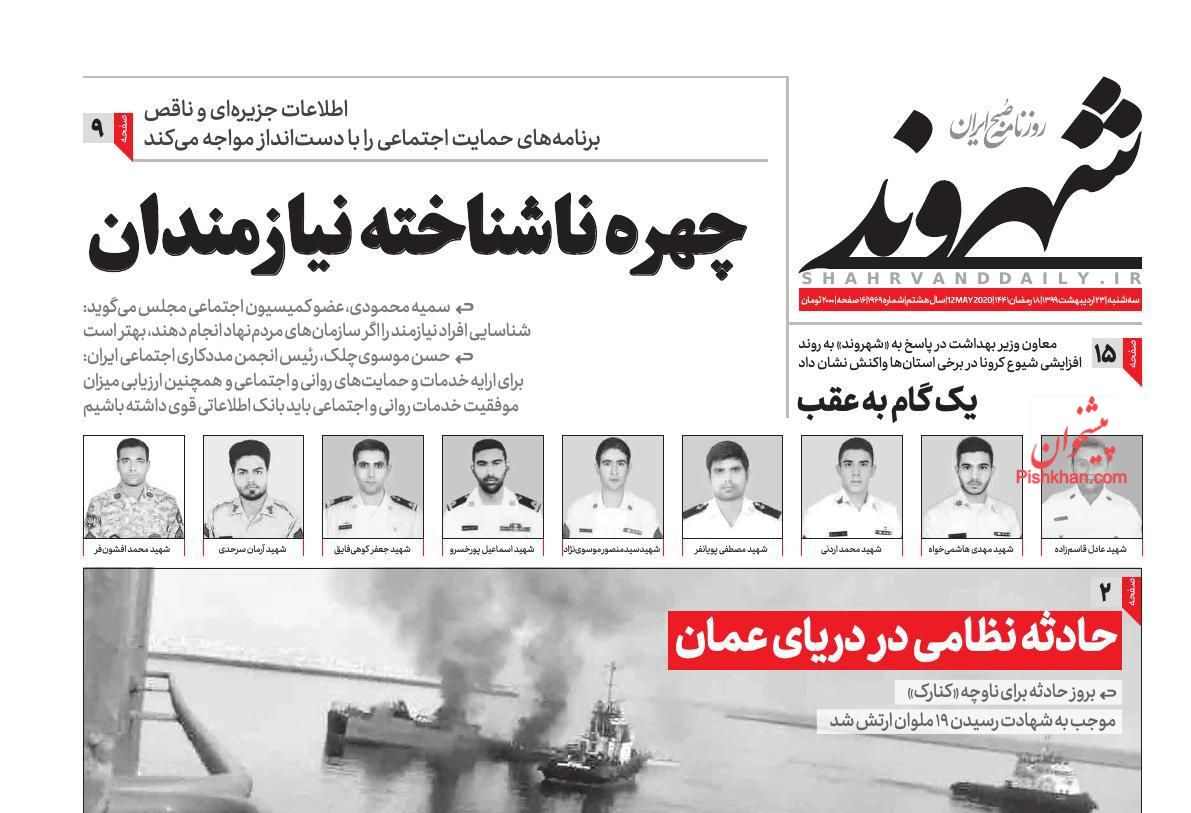 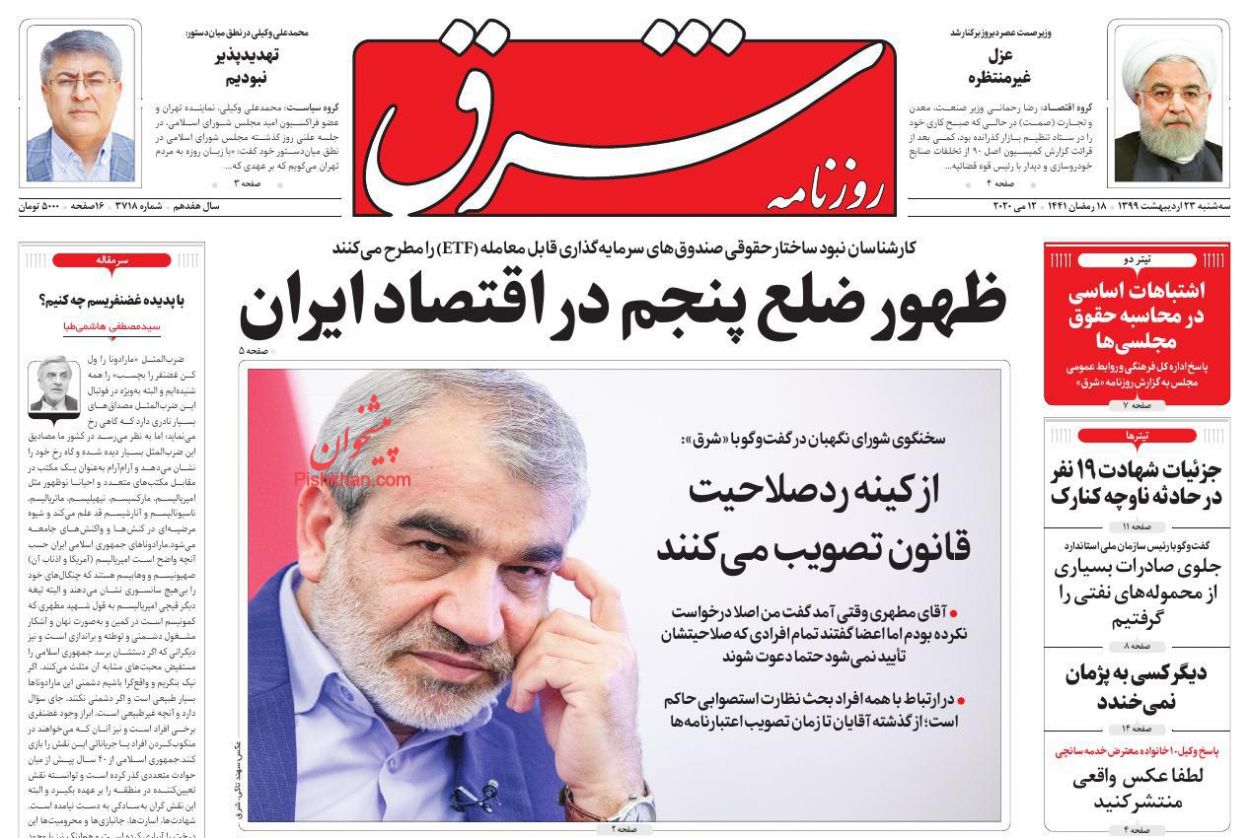 Feast of the Assumption of Mary held in Tehran