IFP has taken a look at the front pages of Iranian newspapers on Monday, March 18, 2019, and picked headlines from 14 of them. IFP has simply translated the headlines and does not vouch for their accuracy.

All Iranian papers today, from reformists to conservatives, hailed President Hassan Rouhani’s inauguration of four new phases of the giant South Pars Gas Field in southern Iran, and described it as a proof of Iran’s victory over the US sanctions.

The Friday terror attack on two mosques in New Zealand also remained a top story, as many newspapers covered global reactions to the heinous crime against Muslims.

3- France in US Expresses Concern about Anti-Iran Claims

4- Larijani: Islamic Republic Did Not Lose Anything by Signing JCPOA 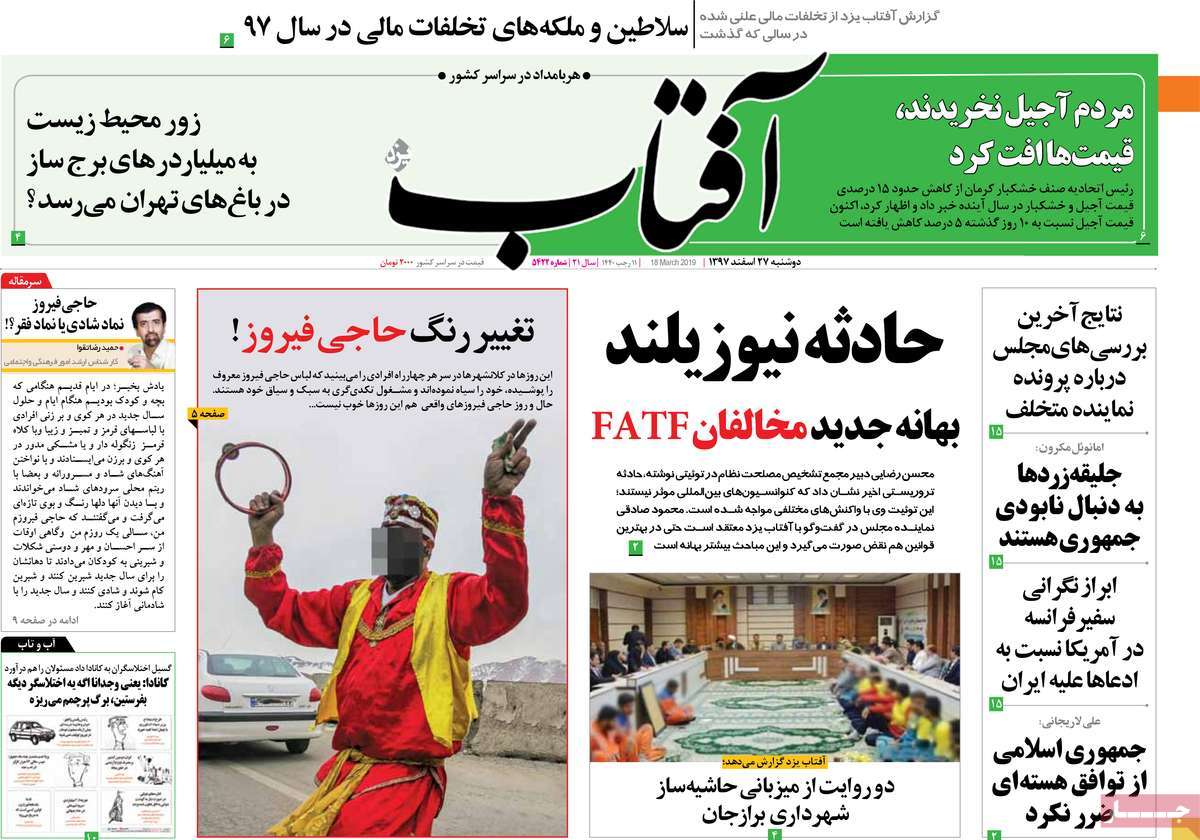 3- Conservatives Will Once Again Choose Raisi in 2021 Elections: Politician 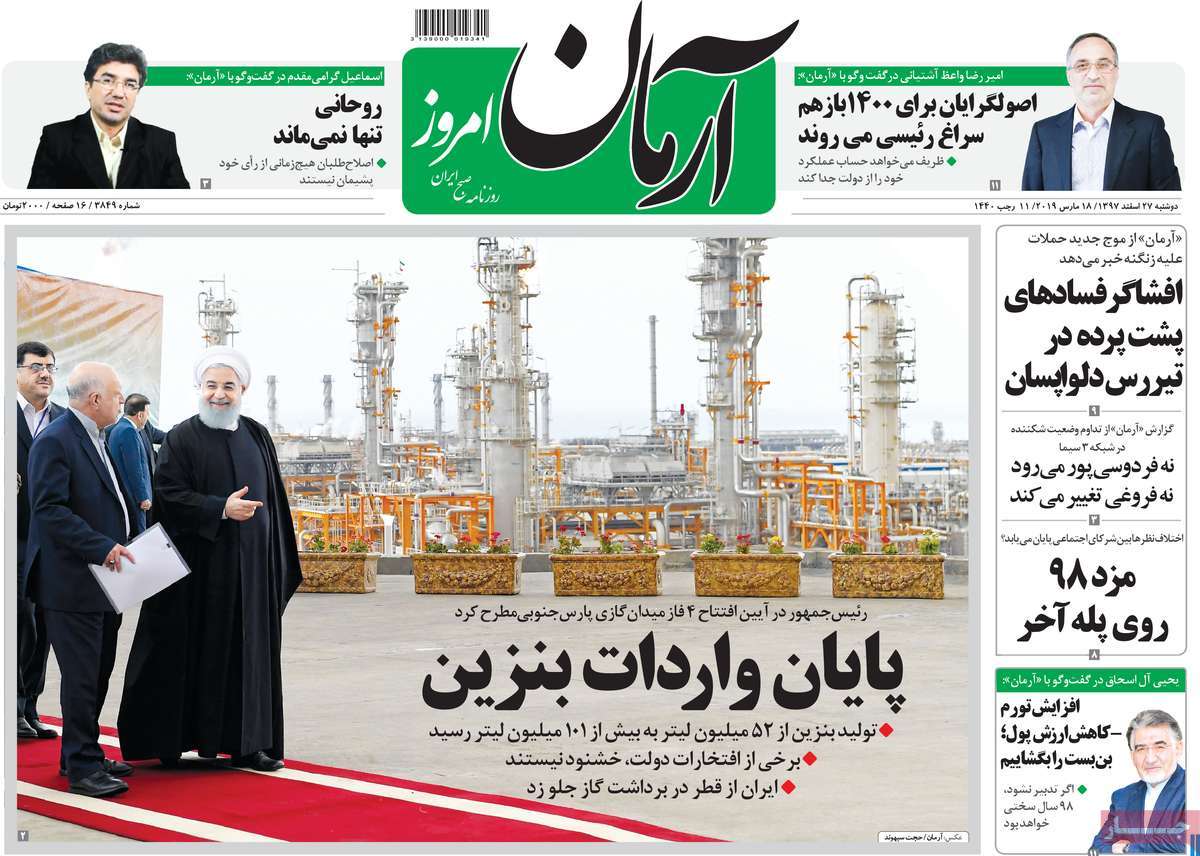 1- China Poised to Outdo US in Military Power

2- Rouhani: Government Will Stand by Vulnerable Strata of Society in Hardships 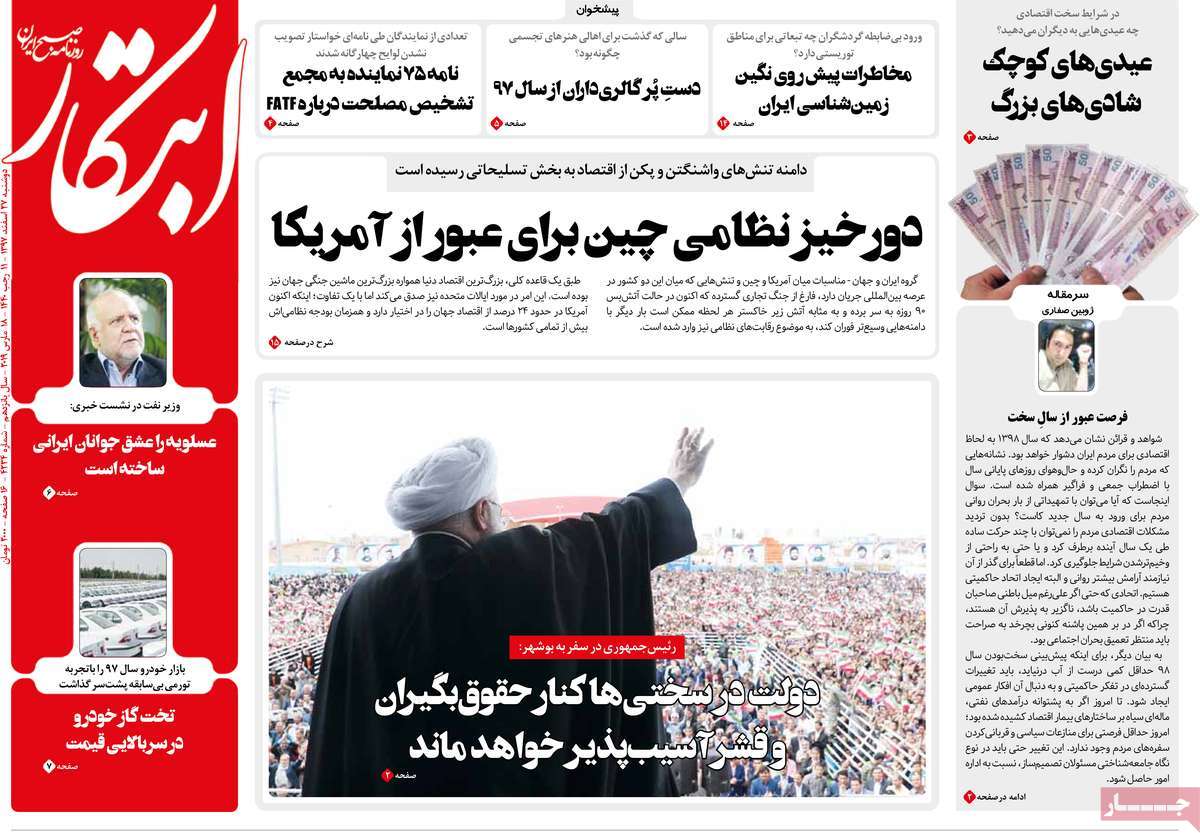 2- We Want Our Country Developed [Editorial] 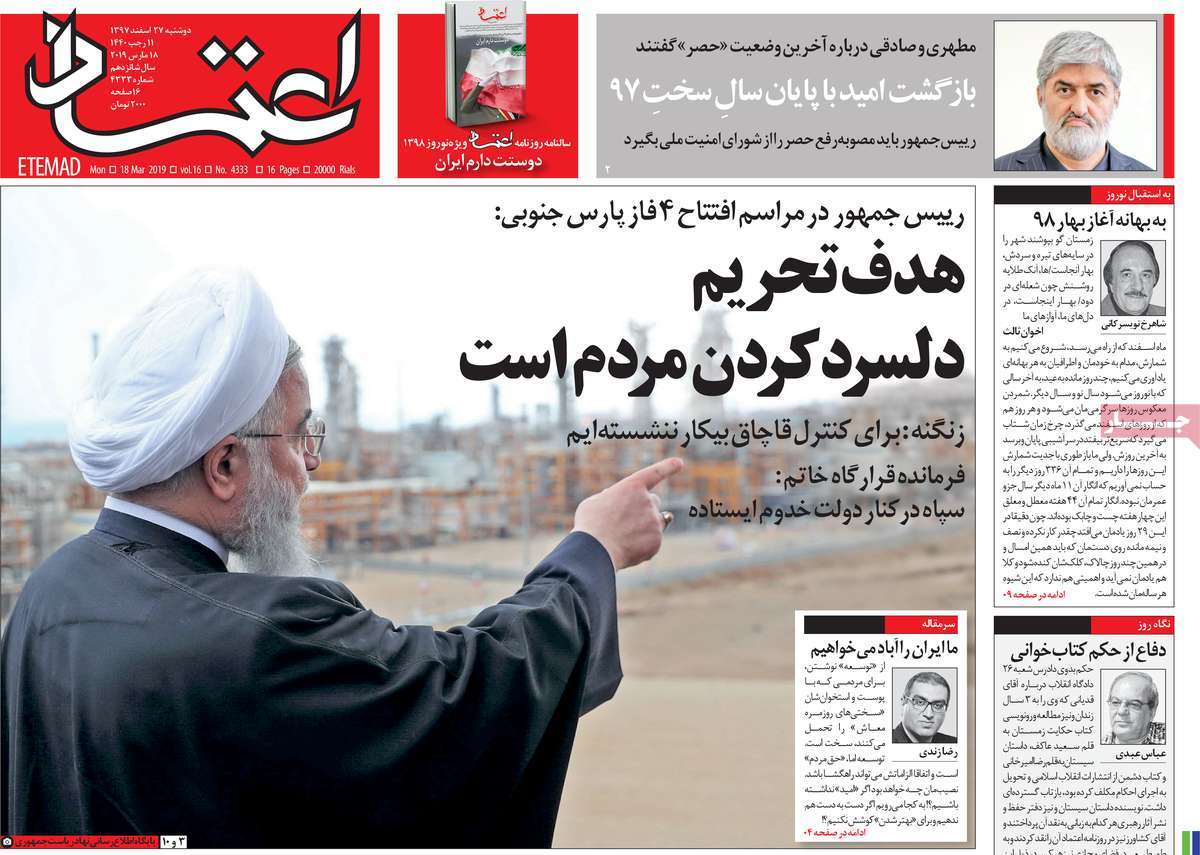 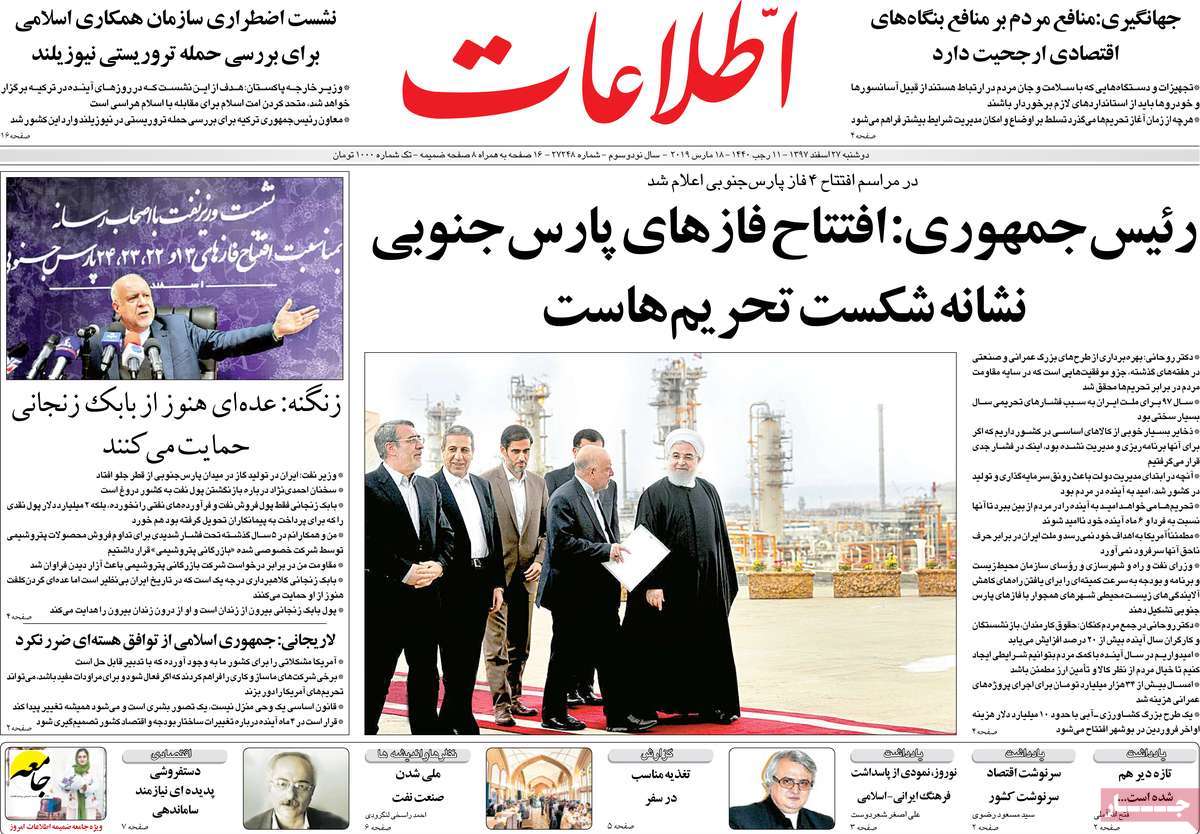 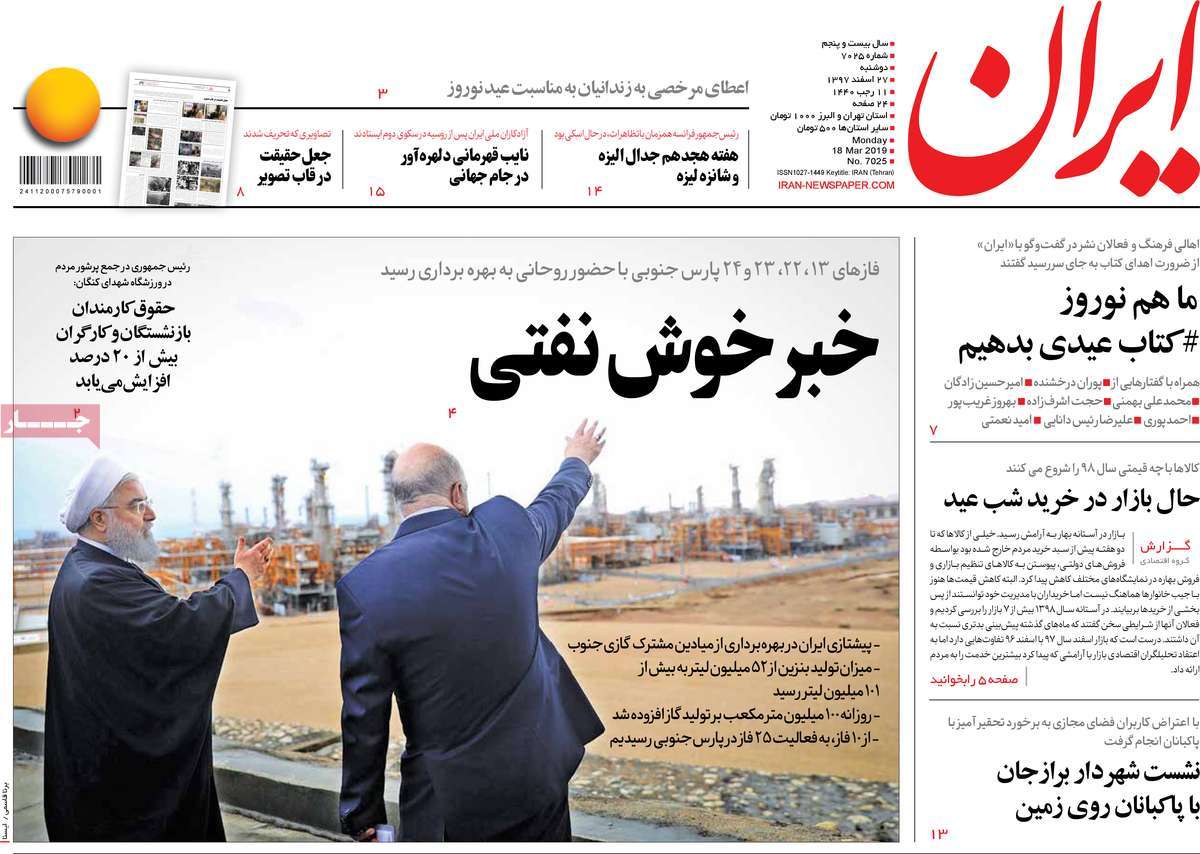 * Oil Minister: We’re Satisfied with IRGC’s Services; Some Want to Divide Us

* IRGC’s Construction Base Chief: We Disgraced Enemies by Defeating Their Sanctions 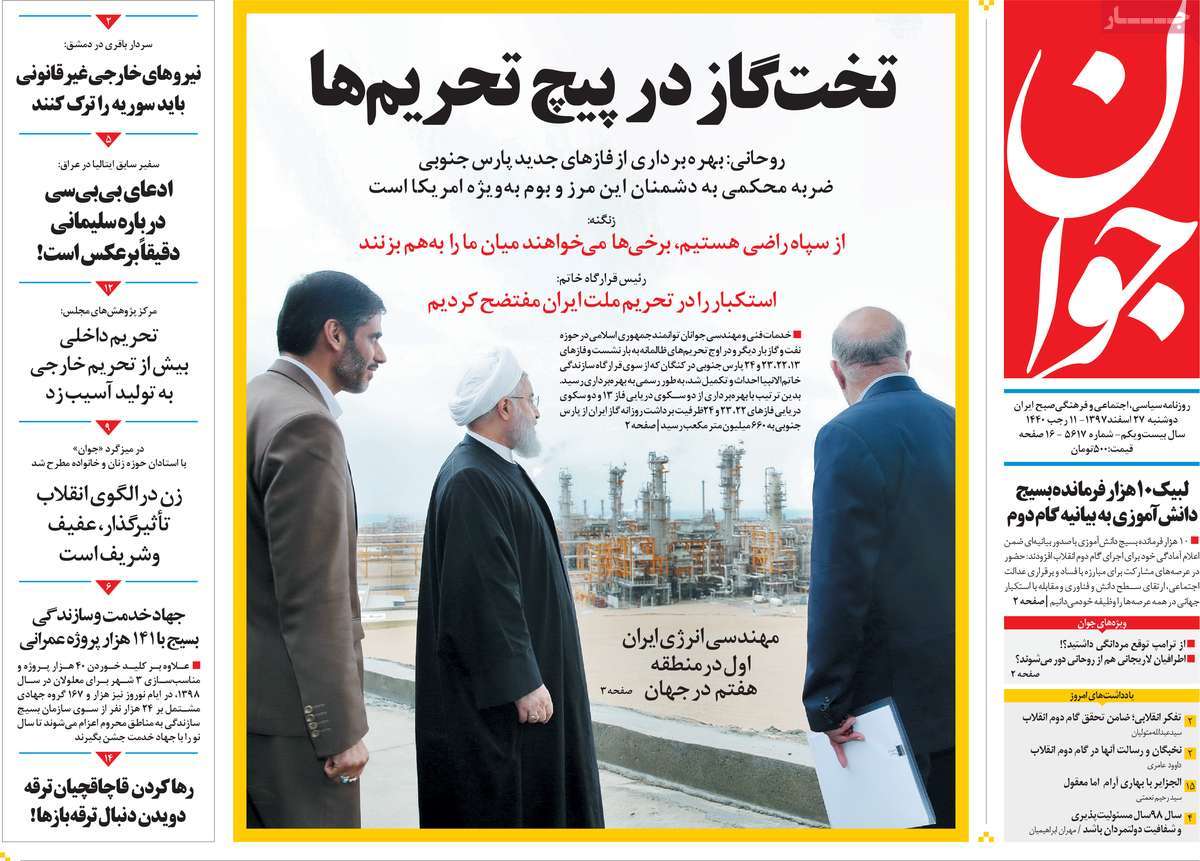 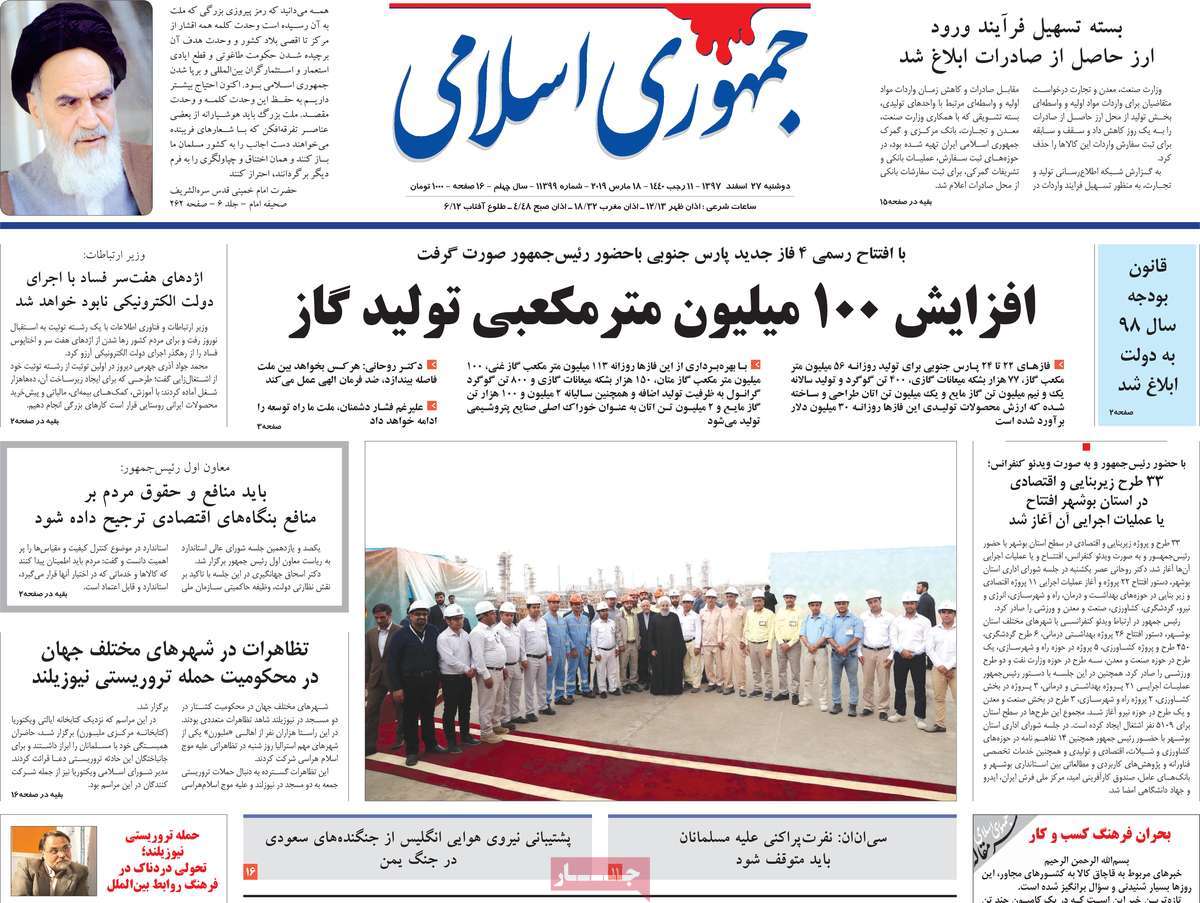 3- IRGC Chief-Commander: All Occupied Territories within Range of Hezbollah Missiles 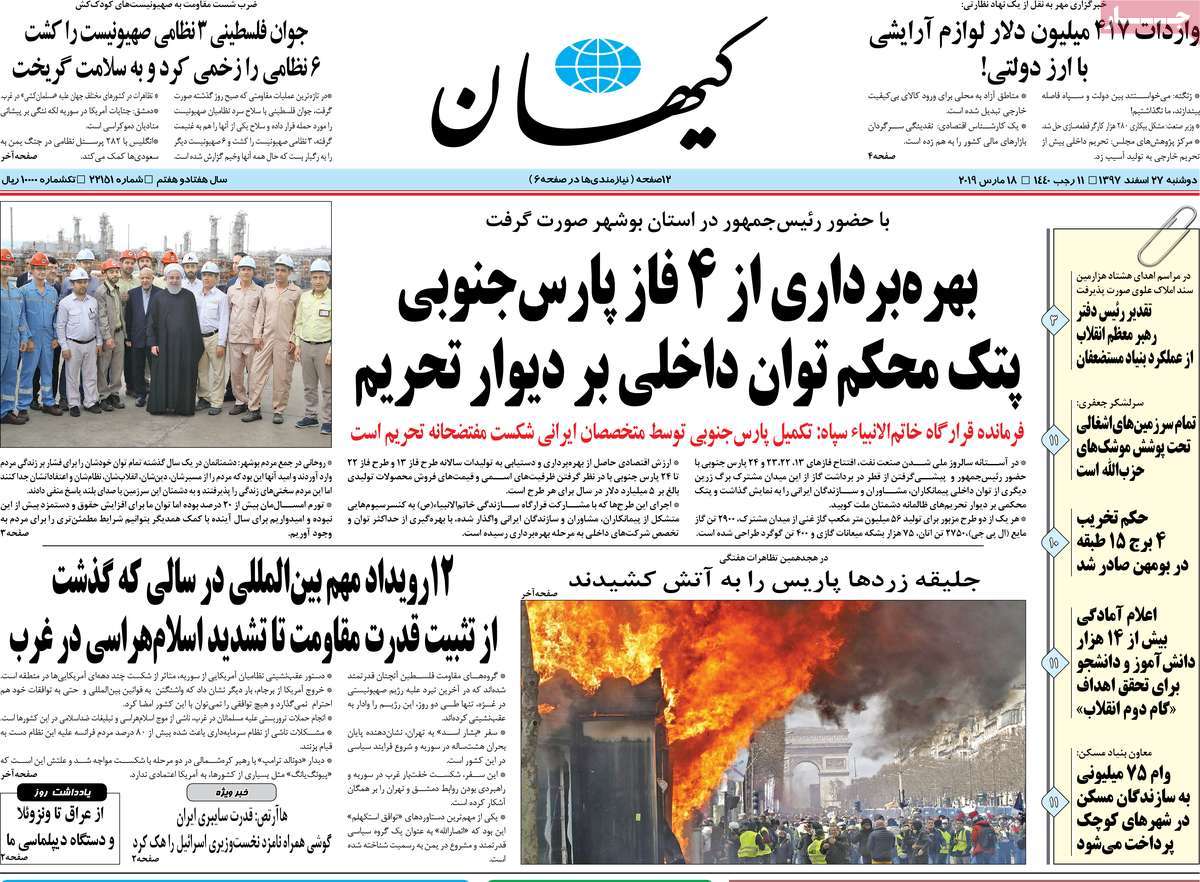 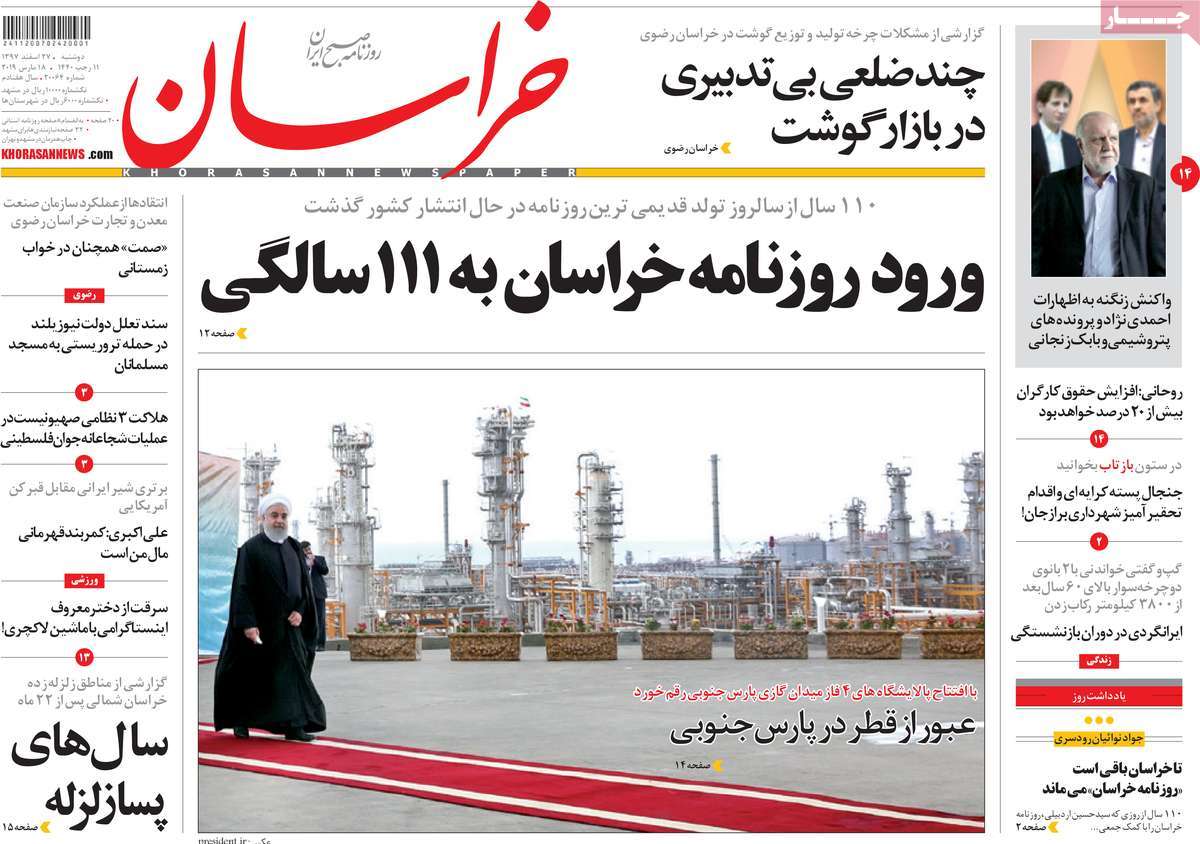 2- Trump and Decisive States in 2020 Elections 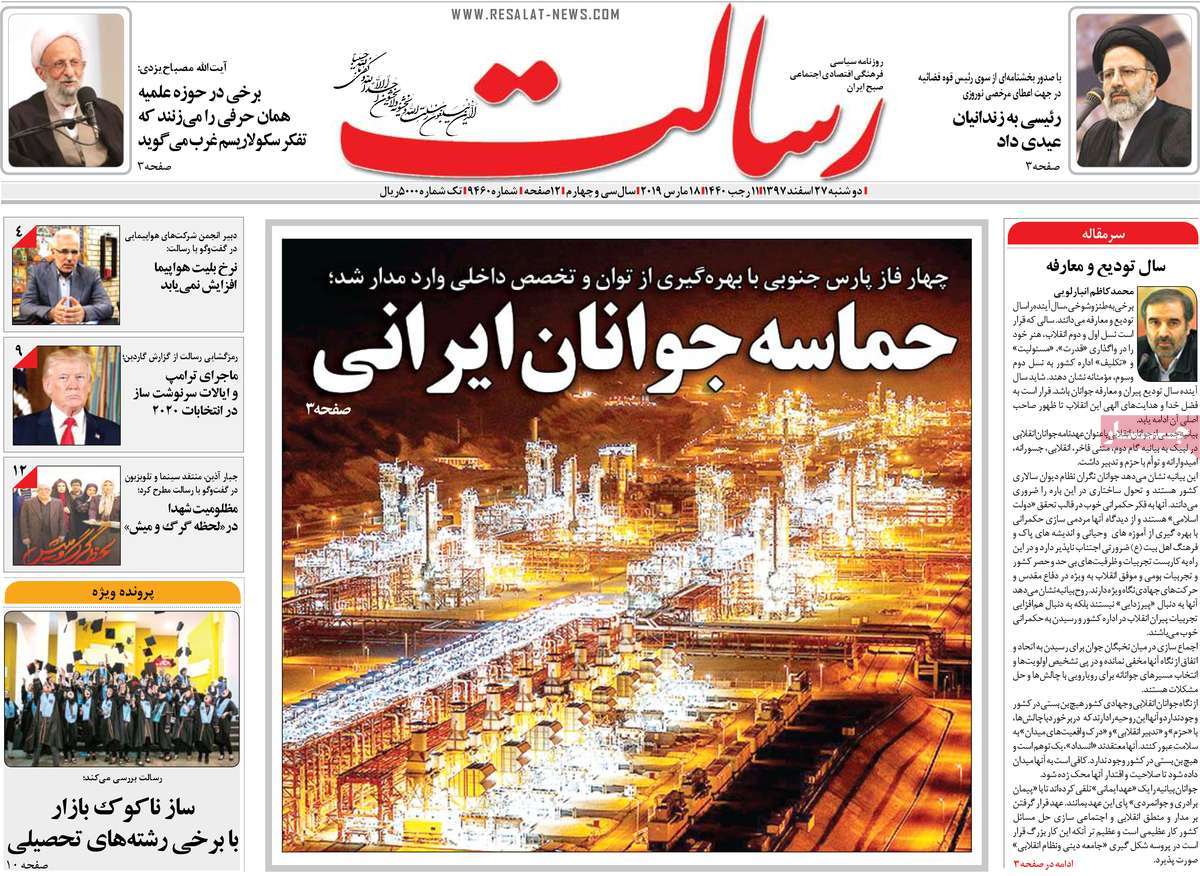 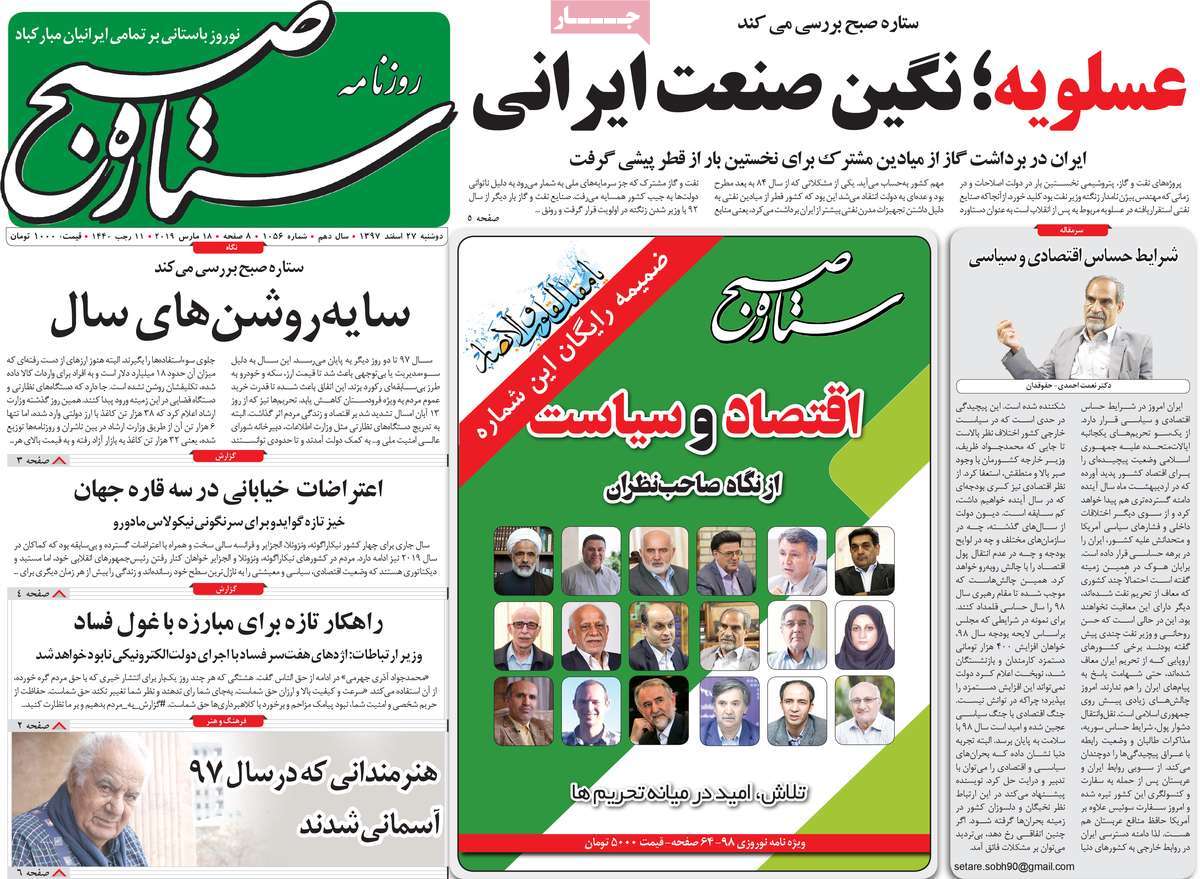 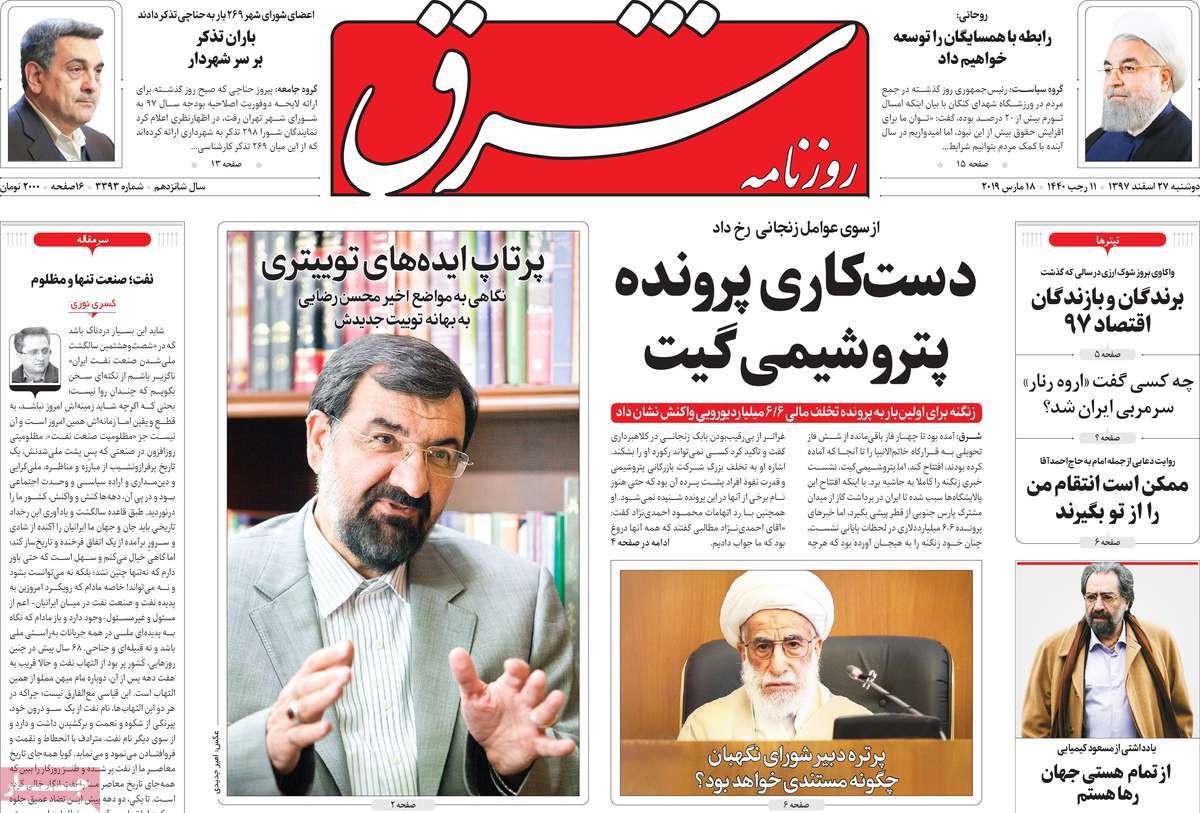 1- Commander Soleimani; Star of the Year

2- Next Year, Year of Vigilance 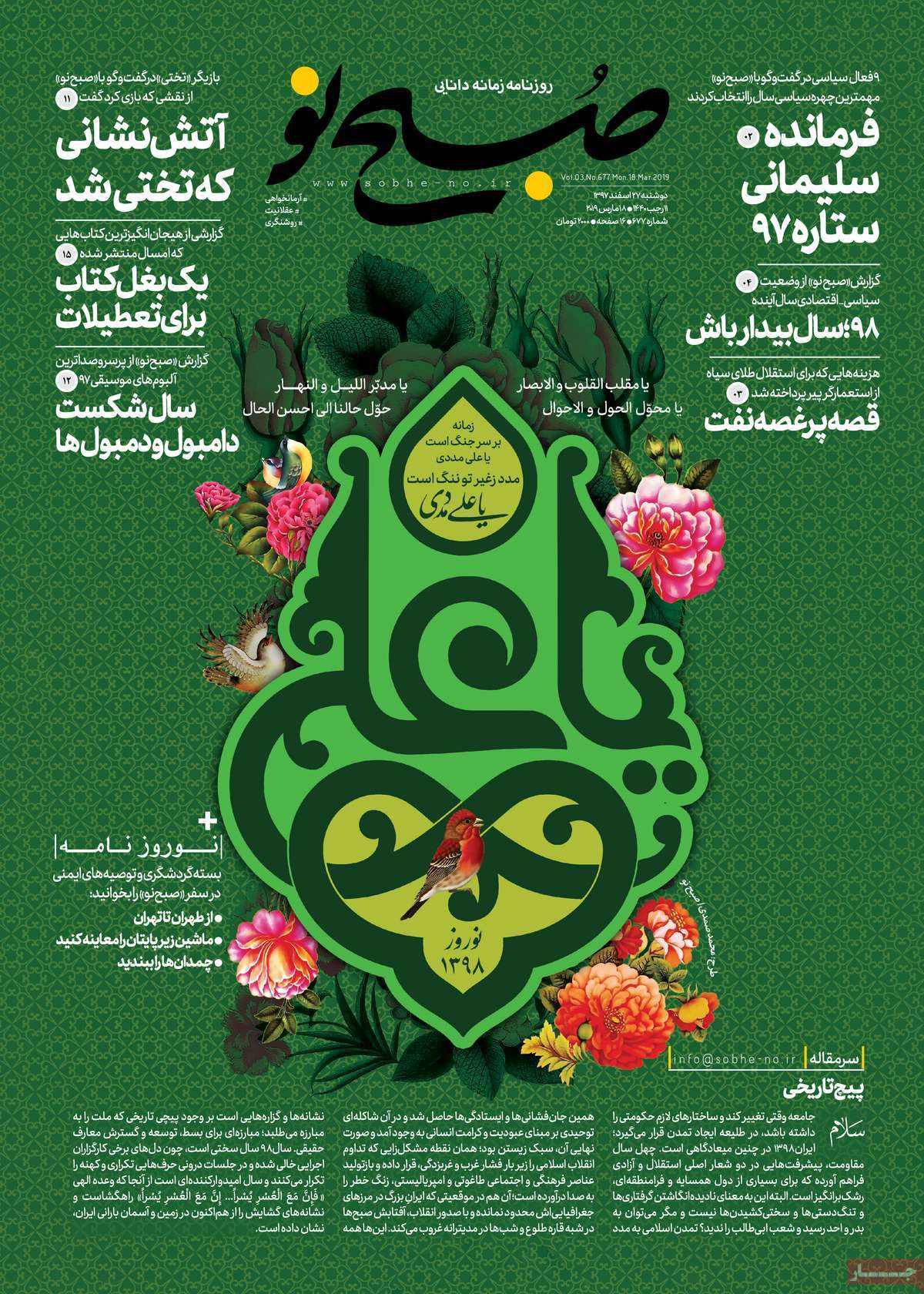