A Look at Iranian Newspaper Front Pages on June 3

IFP has taken a look at the front pages of Iranian newspapers on Monday, June 3, 2019, and picked headlines from 13 of them. IFP has simply translated the headlines and does not vouch for their accuracy.

The top story in all papers today was US Secretary of State Mike Pompeo’s call for “unconditional talks” with Iran, which was rejected as a dishonest call by Iranian Foreign Ministry Spokesman Seyyed Abbas Mousavi.

The upcoming visit of Japanese Prime Minister Shinzo Abe to Tehran, which will be the first of its kind since the 1979 Revolution, also received great coverage.

1- Larijani: Saudis, Emiratis’ Behaviours Detrimental for Themselves in Long-Run

2- Pompeo Says US Ready for Unconditional Talks with Iran 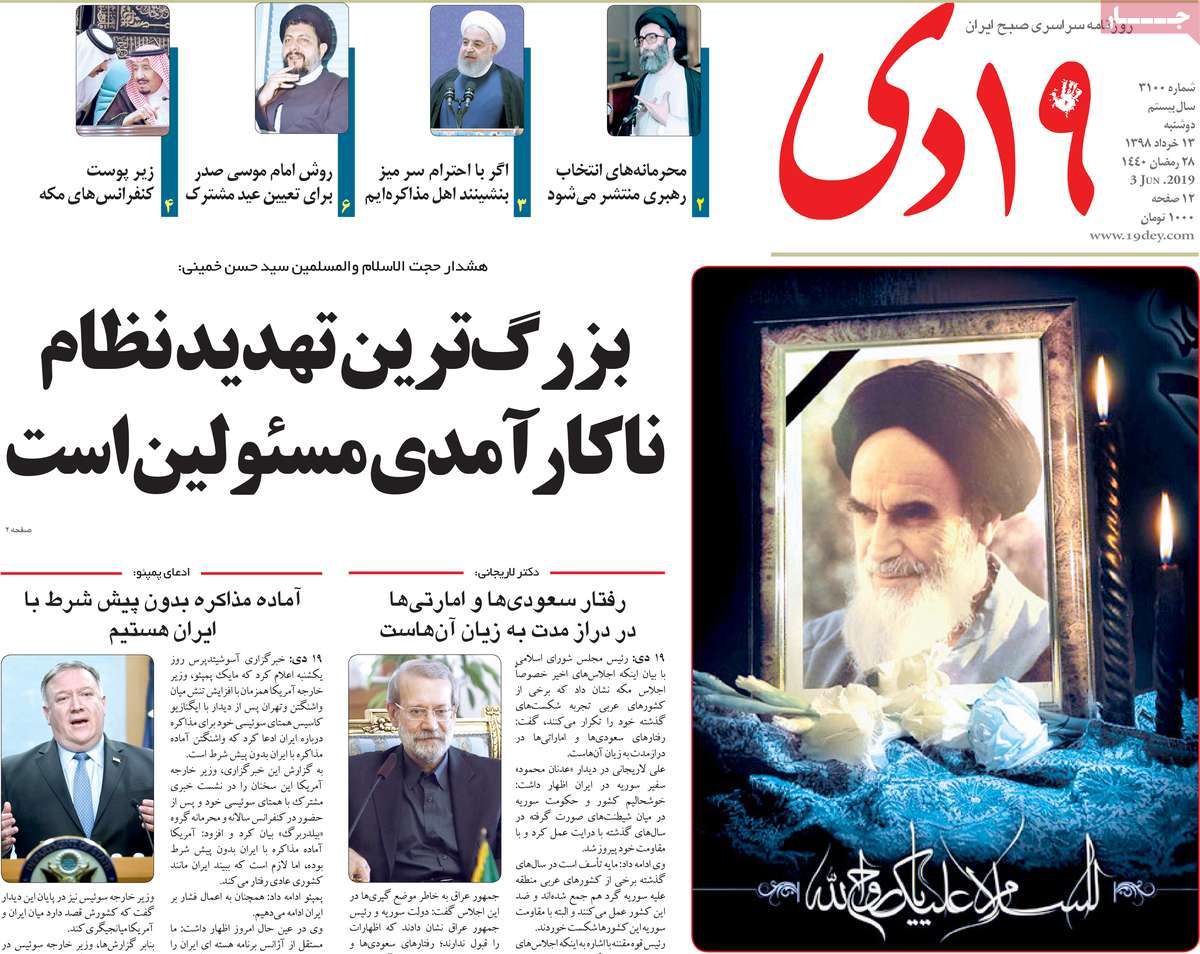 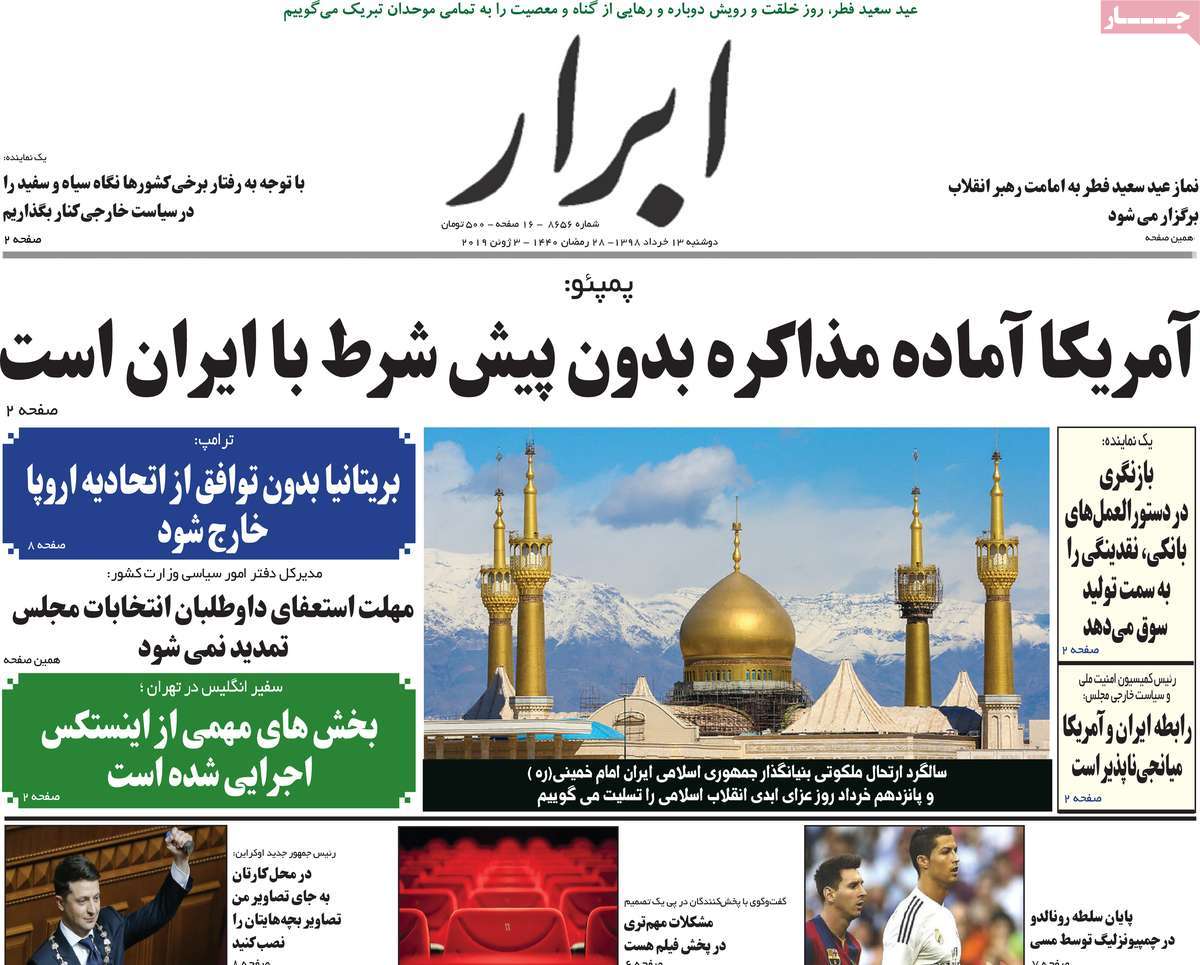 2- Review of Abe’s Visit to Tehran 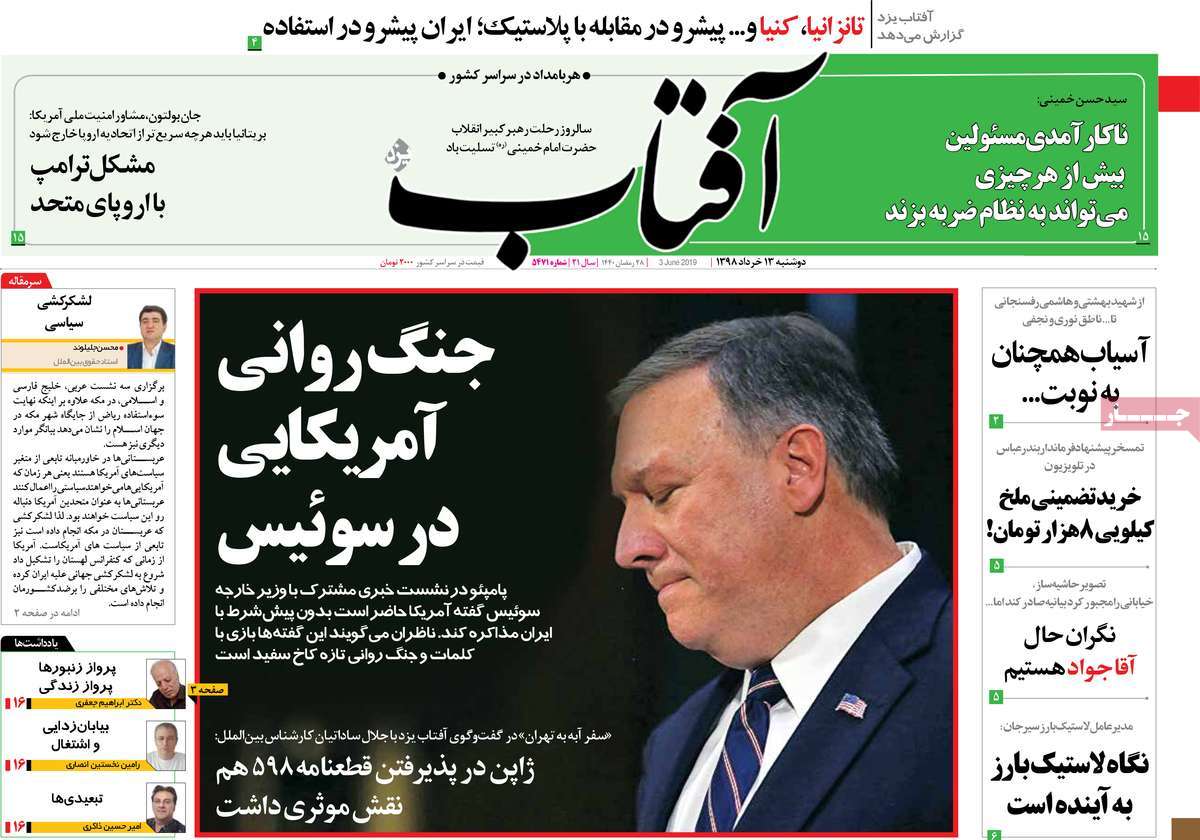 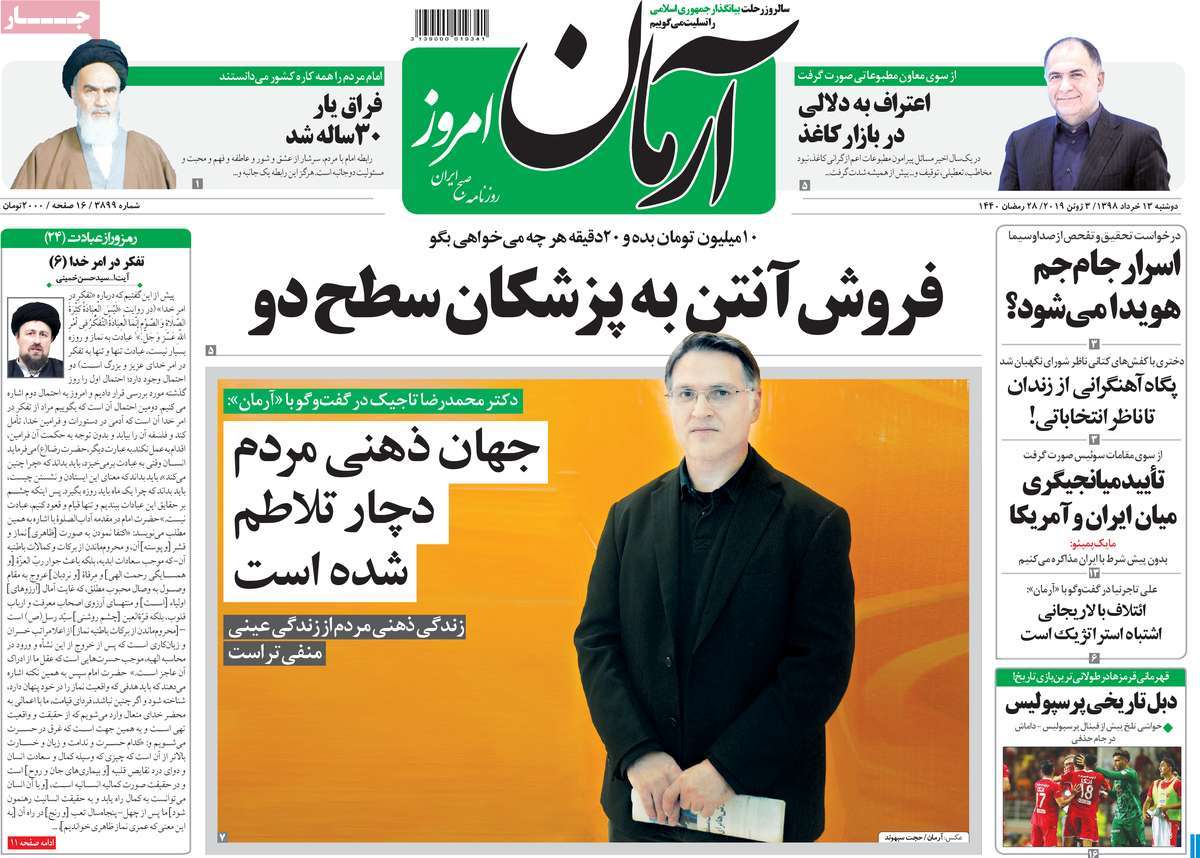 1- Americans Playing with Word of ‘Precondition’ 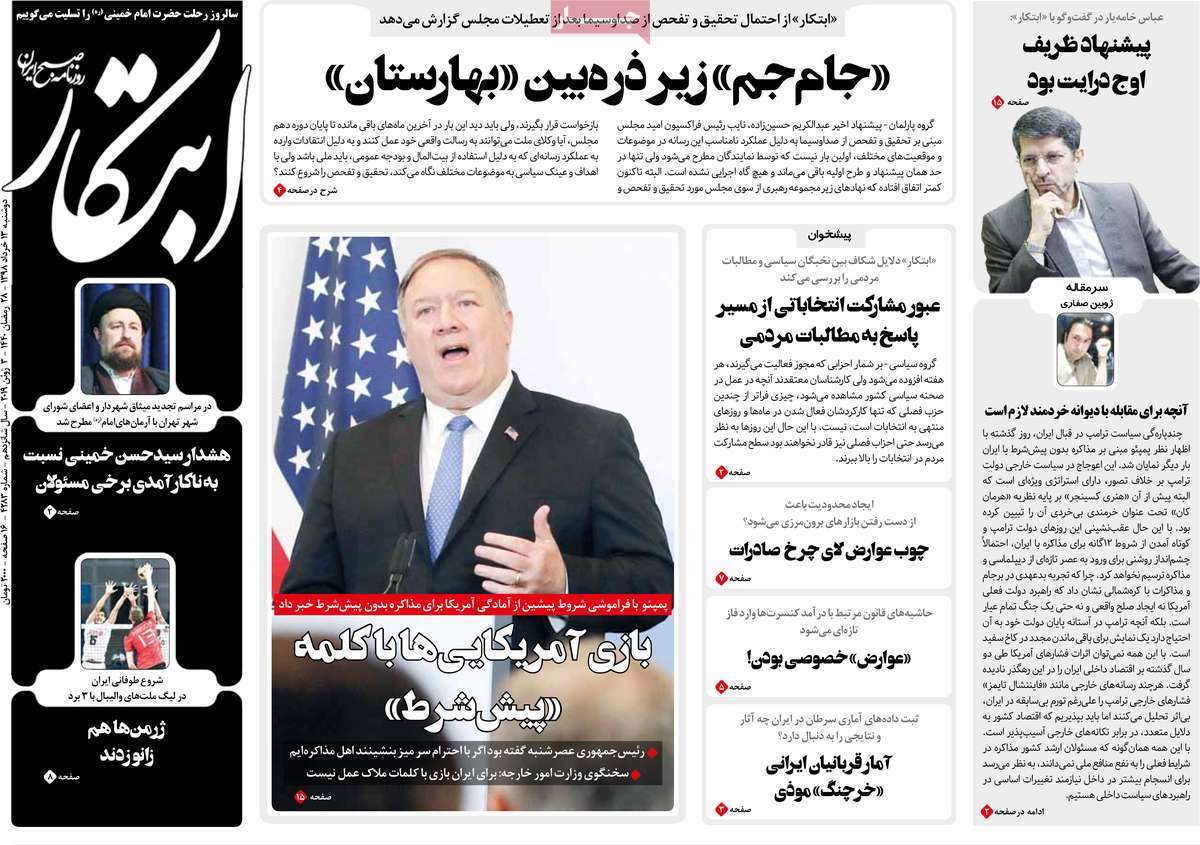 2- Zarif: US Must First Cease Its Economic War on Iranians

3- Analyst: US Must Return to JCPOA First 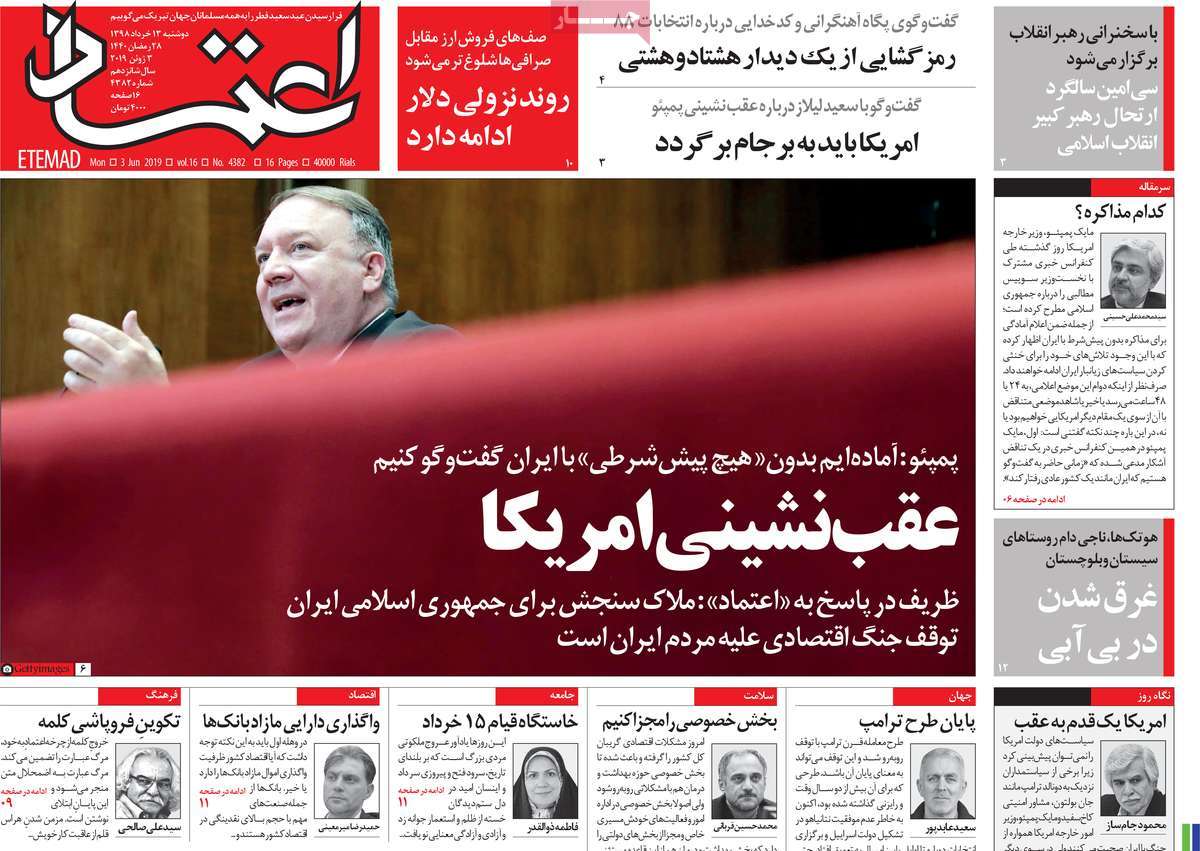 1- Zarif to ABC News: US’ Call for Talks Part of Its Pressure against Iran 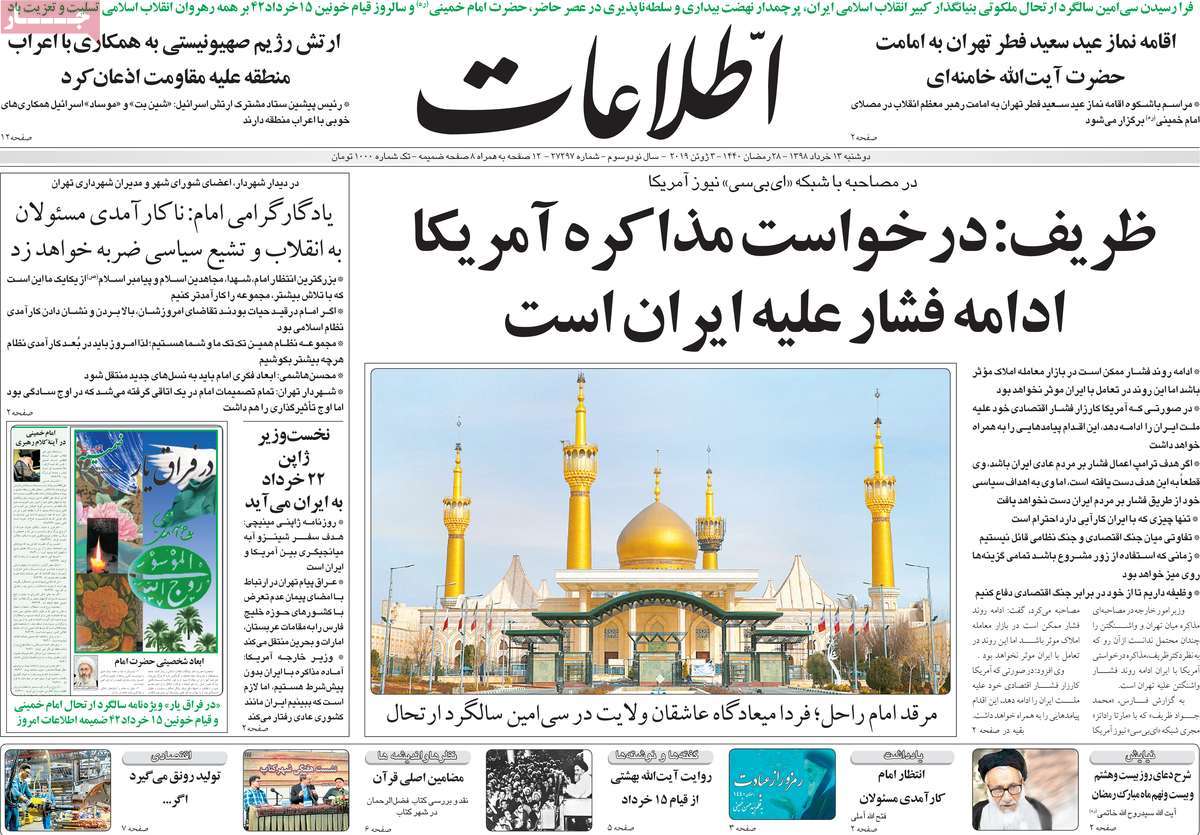 * A Case on 30th Anniversary of Imam’s Death 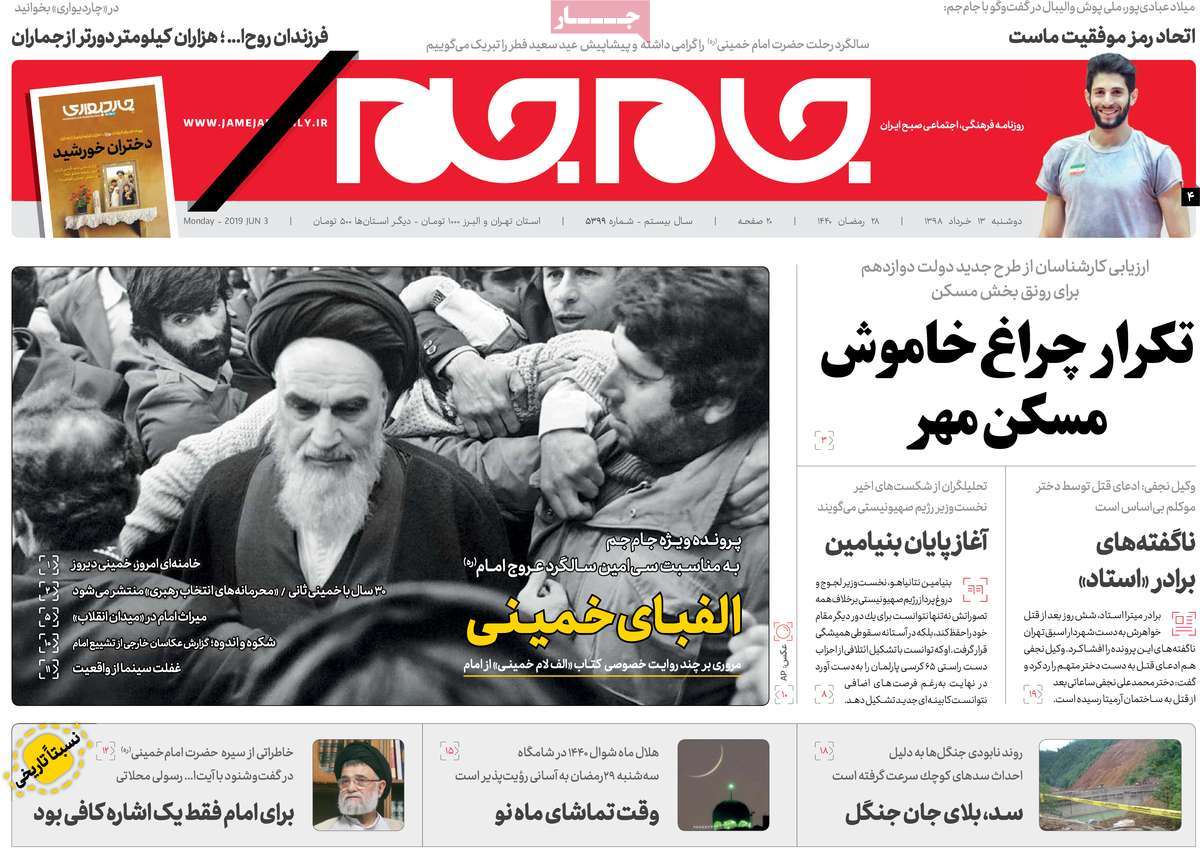 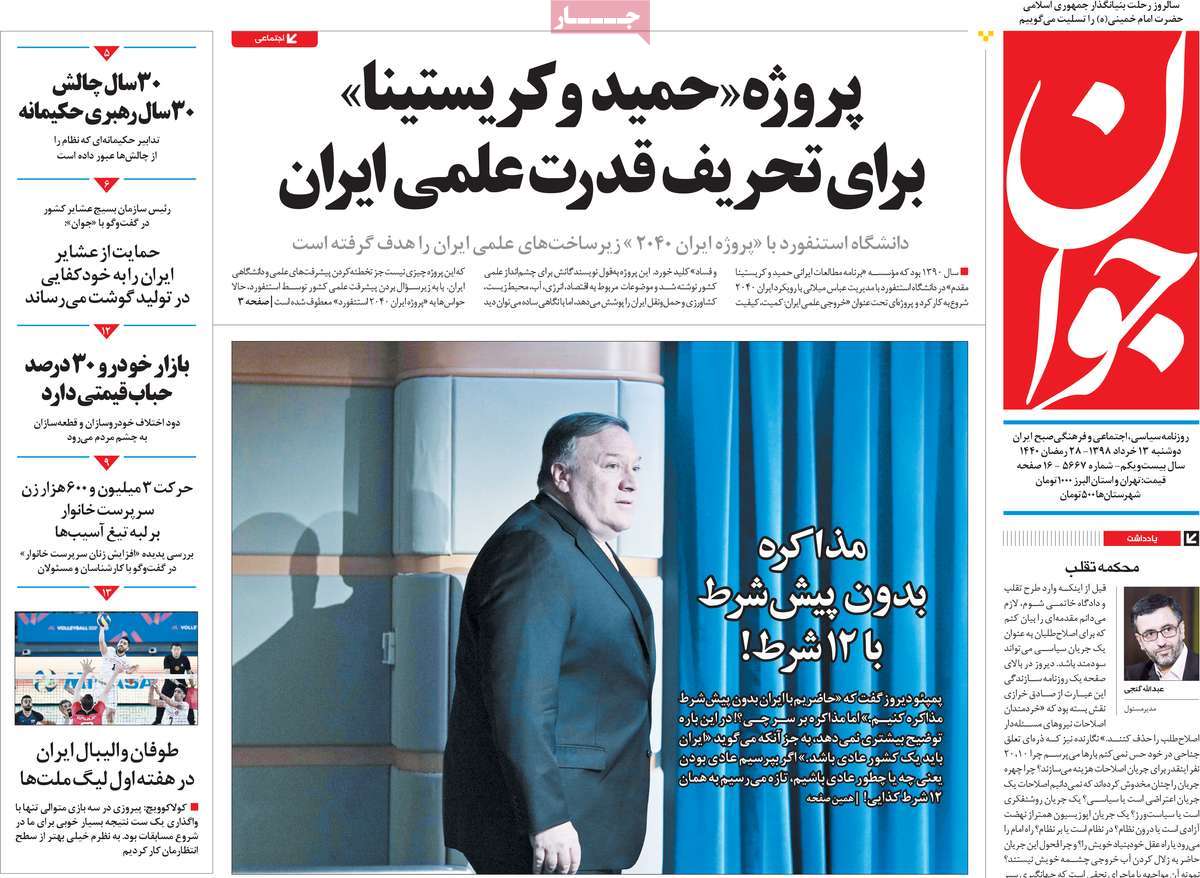 1- Rouhani: We’d Sit for Talks with Those Who Negotiate with Respect

2- Washington Officials Back Off 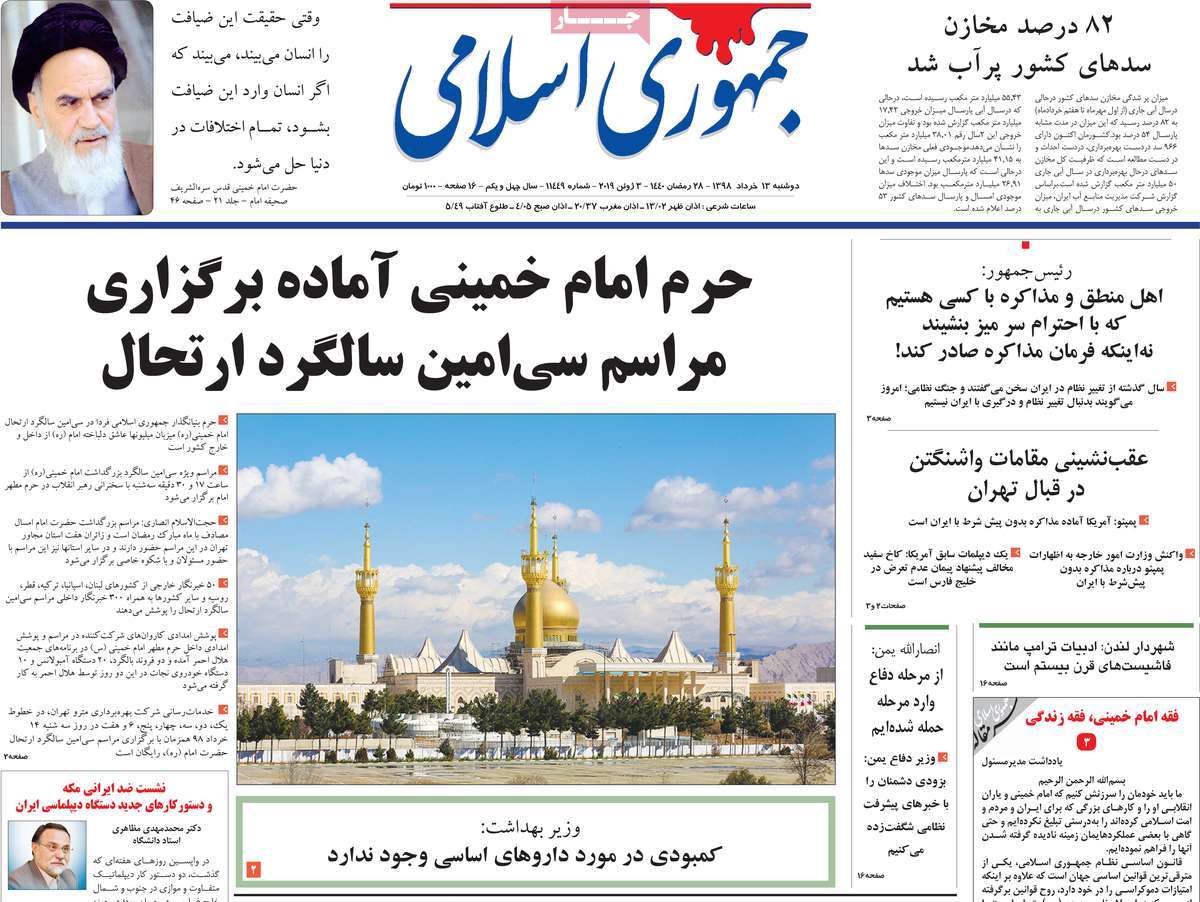 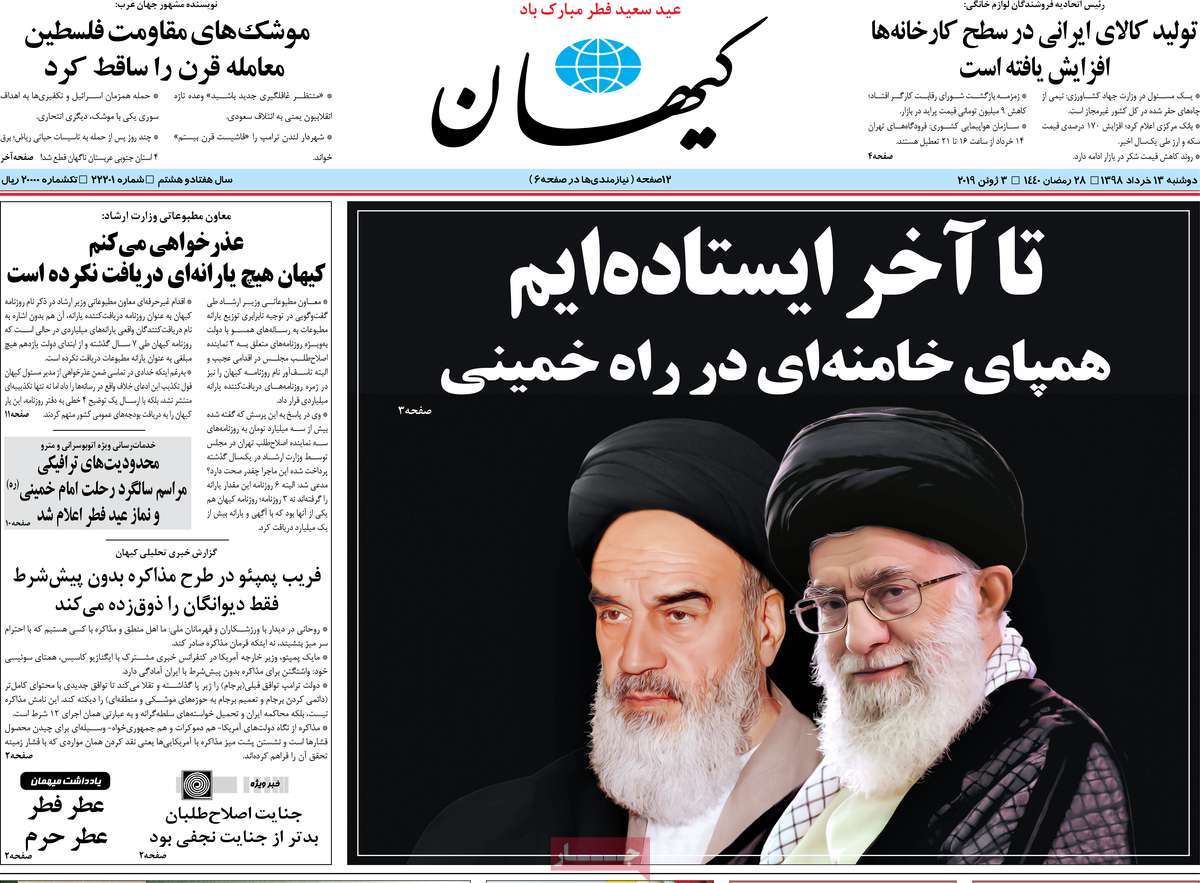 2- Return of Iran’s Volleyball to Its Era of Glory 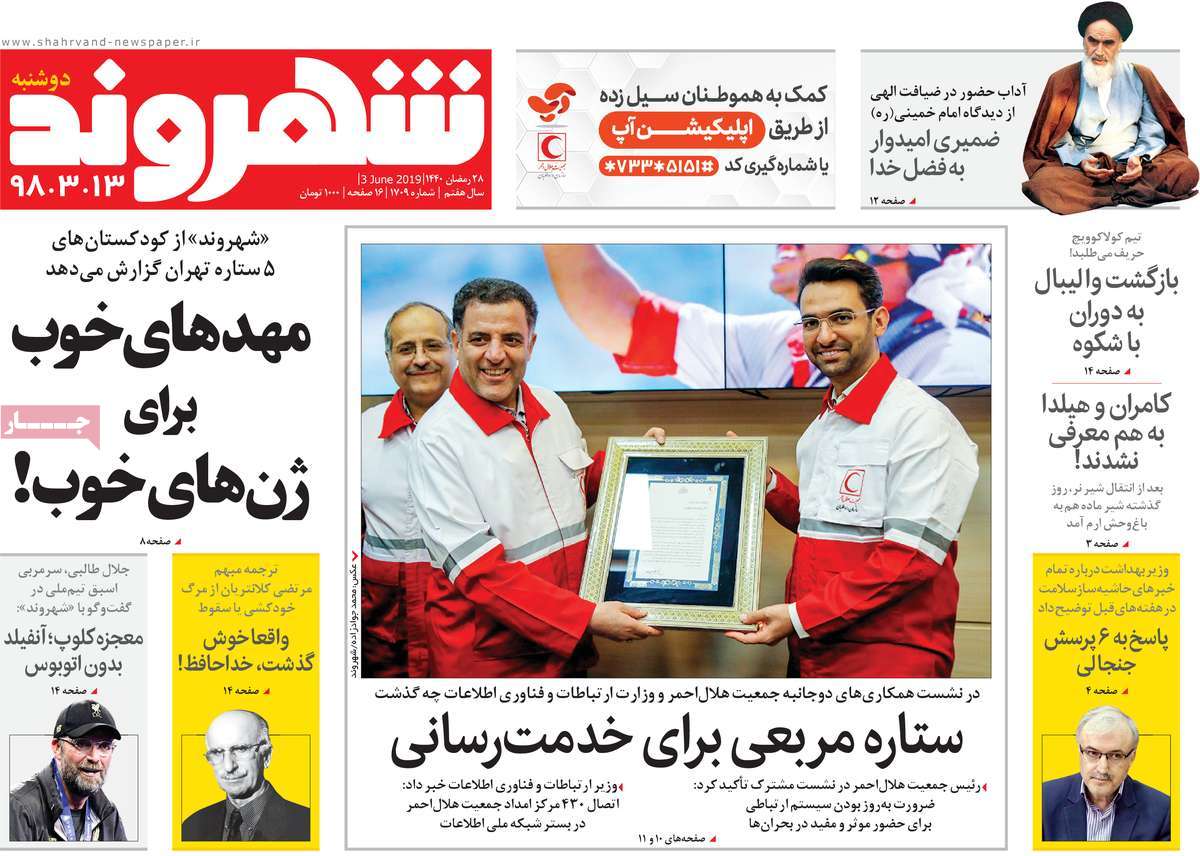 3- Why Abe’s Visit Is Important [Editorial] 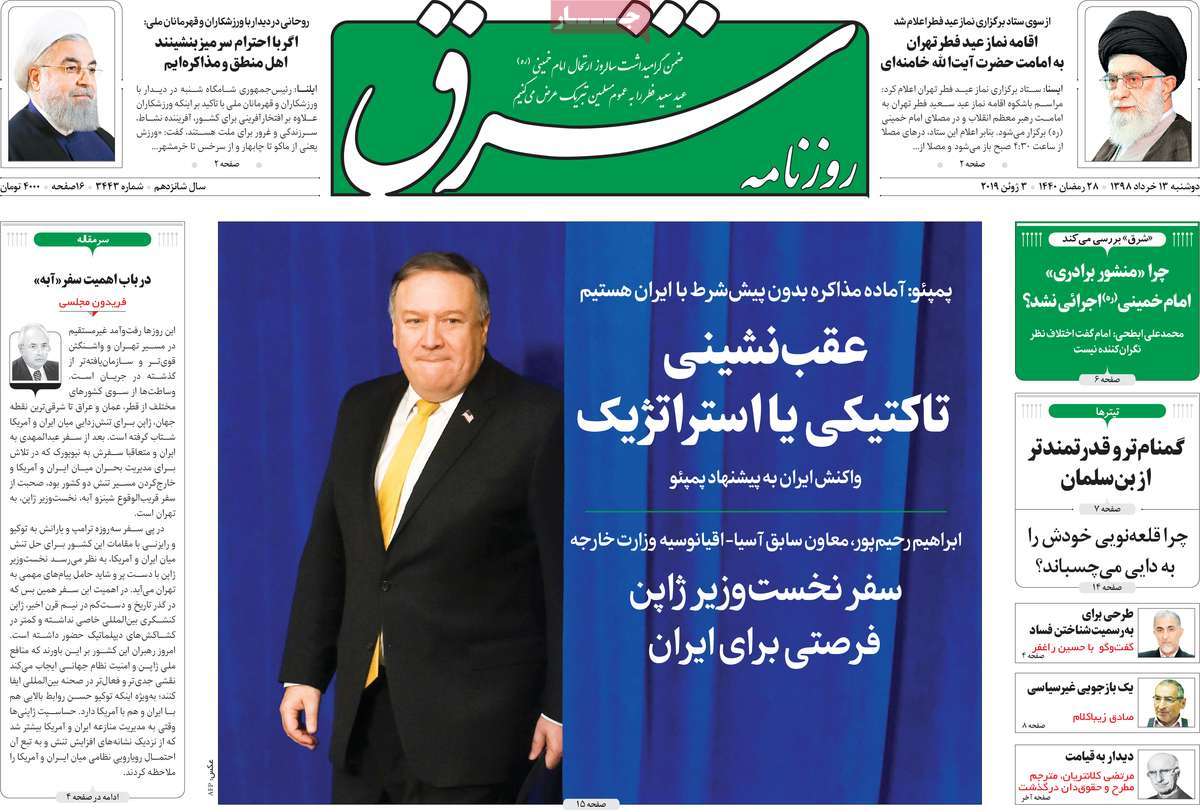