IFP has taken a look at the front pages of Iranian newspapers on Tuesday, June 18, 2019, and picked headlines from 12 of them. IFP has simply translated the headlines and does not vouch for their accuracy. 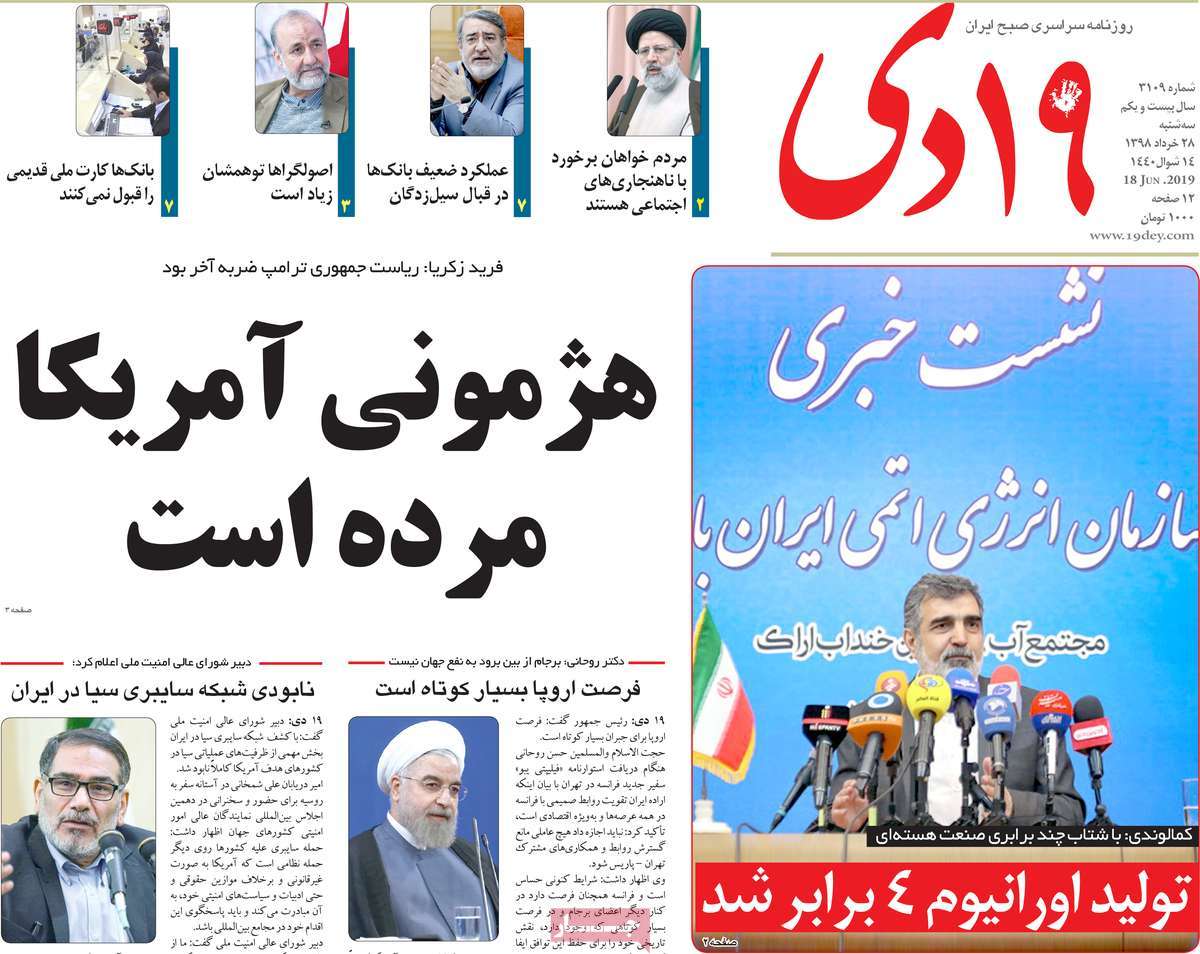 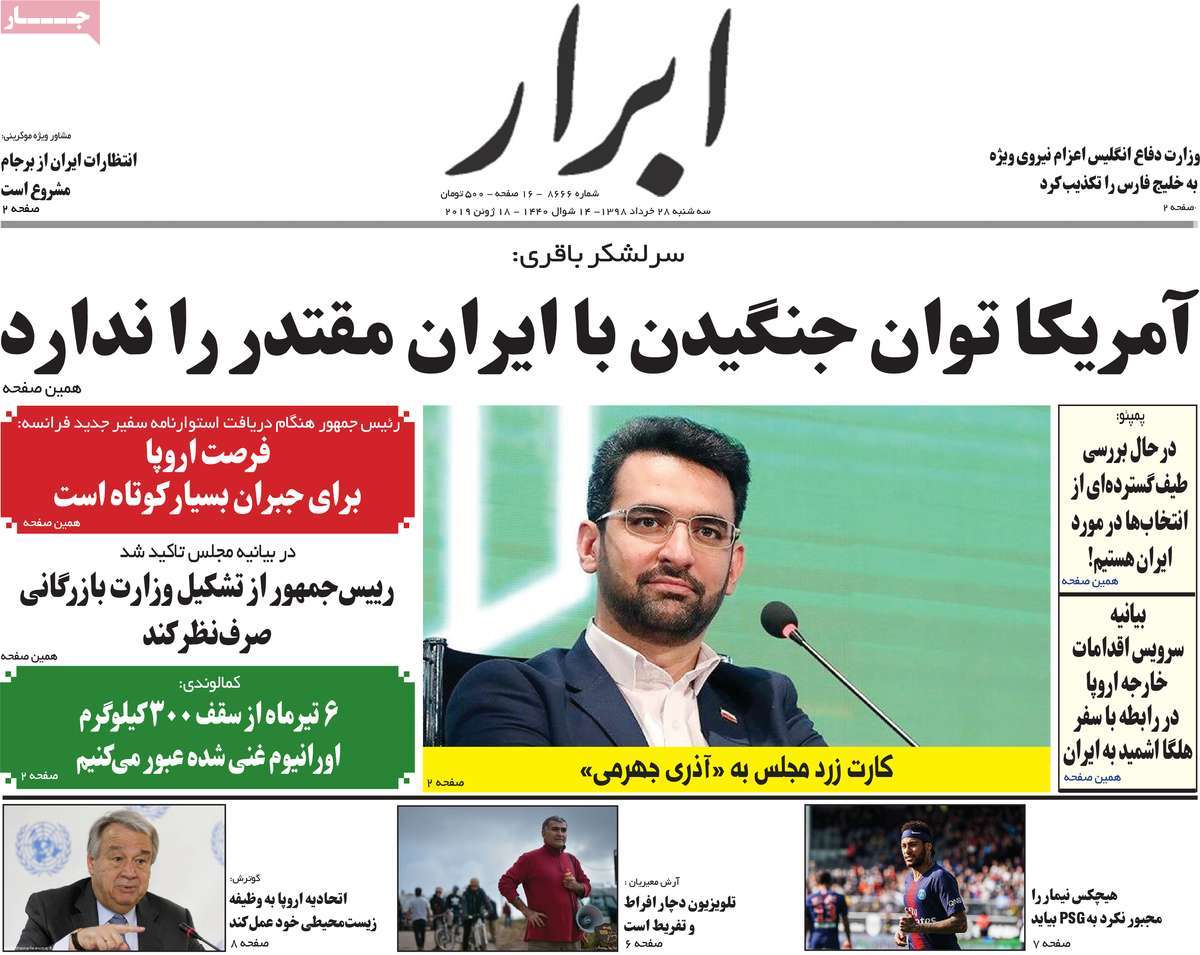 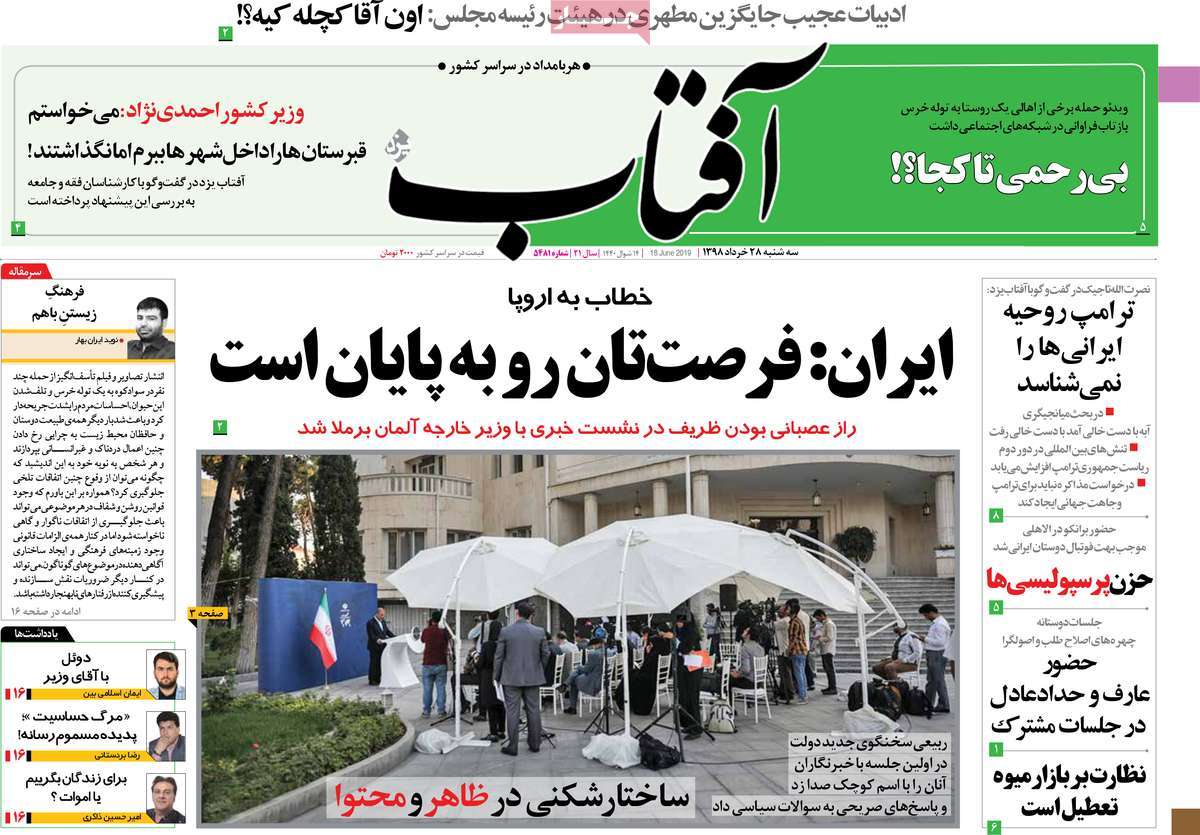 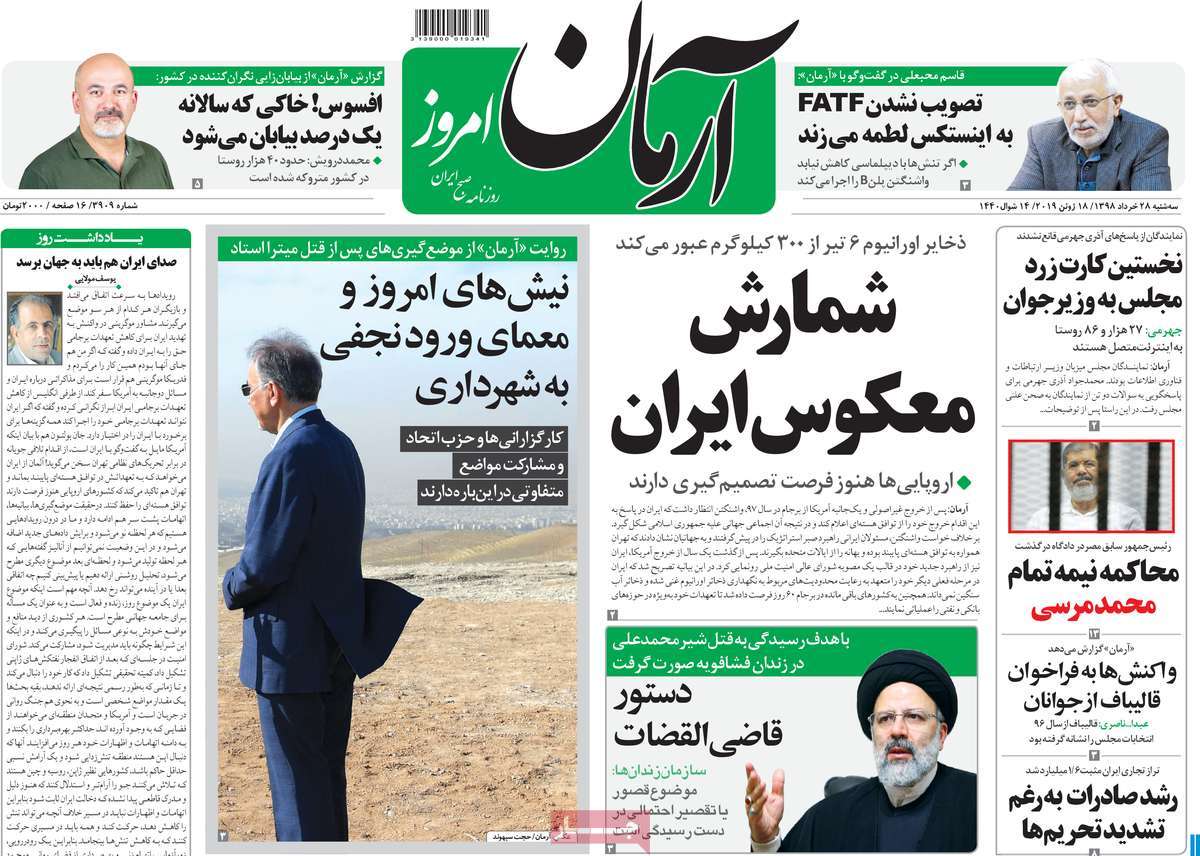 Ebtekar:
1- Iran Ready for 2nd Phase of Scaling Down Nuclear Commitments
2- We Will Overtly Stand against US if Needed: Maj. Gen. Baqeri
3- Abrupt Death of President
4- Saudi Arabia’s Accusations Is Continuation of its Former Wrong Approach: Iran Spokesman 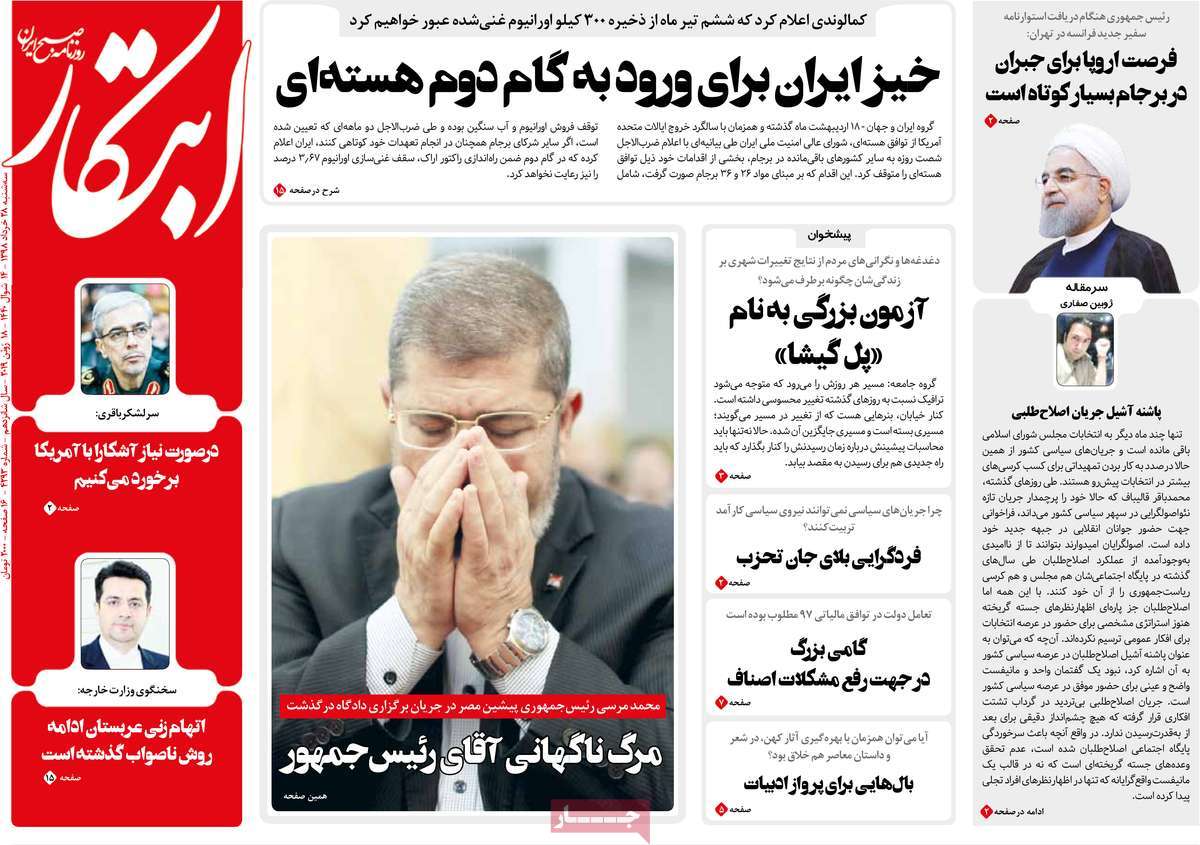 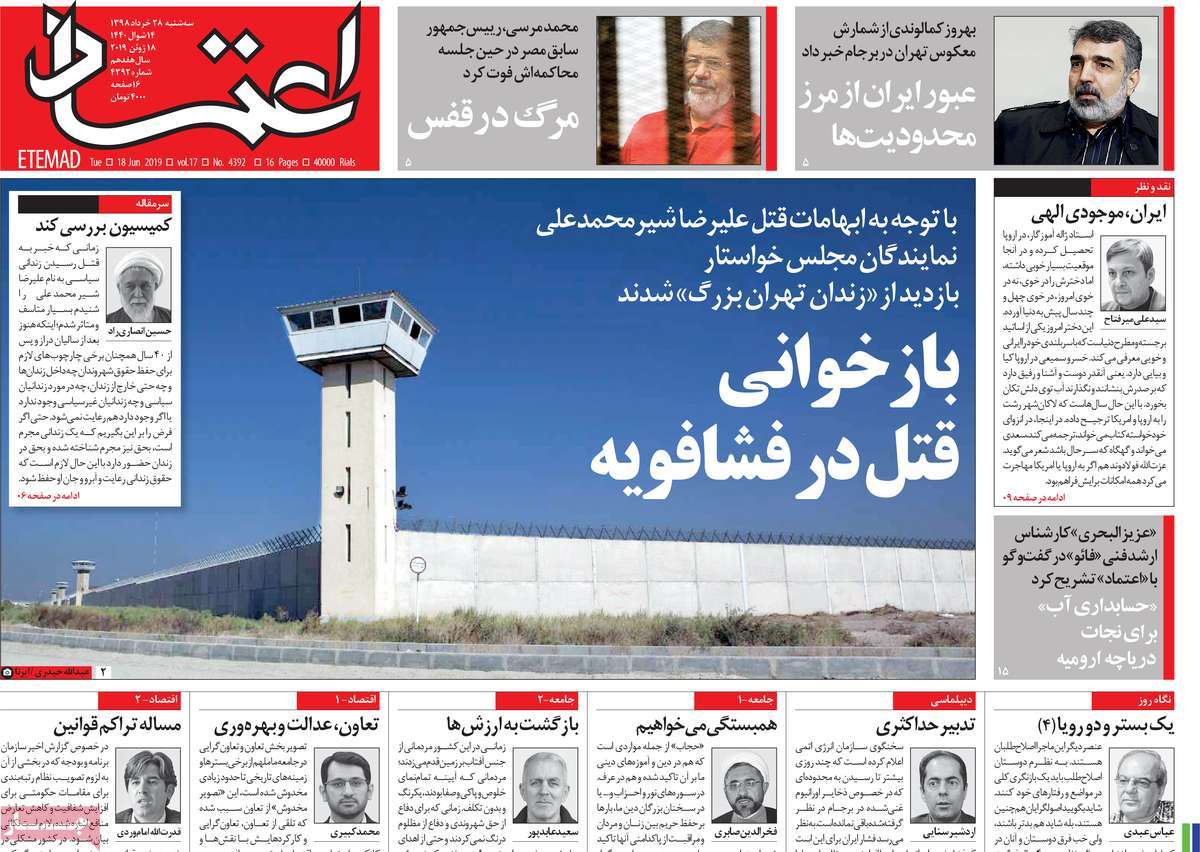 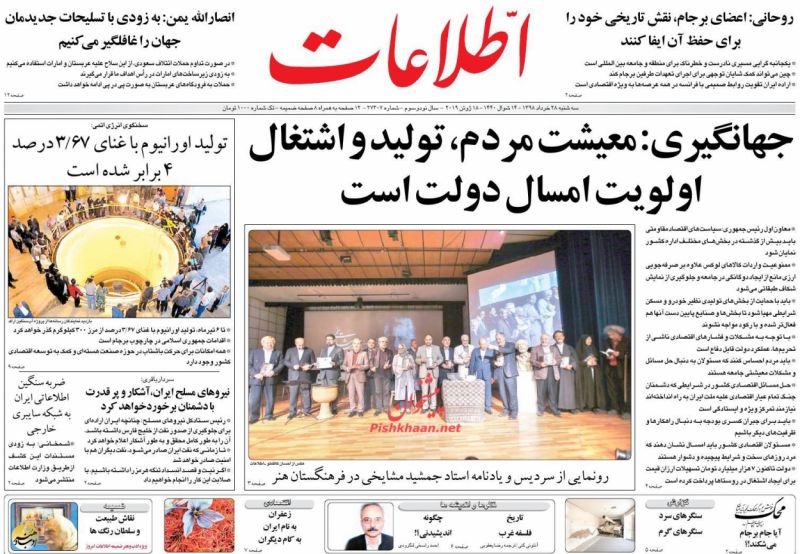 Javan:
1- Uranium Shock to Europe
2- If We Want to Block Strait of Hormuz, We will Announce it Bravely: Maj. Gen. Baqeri 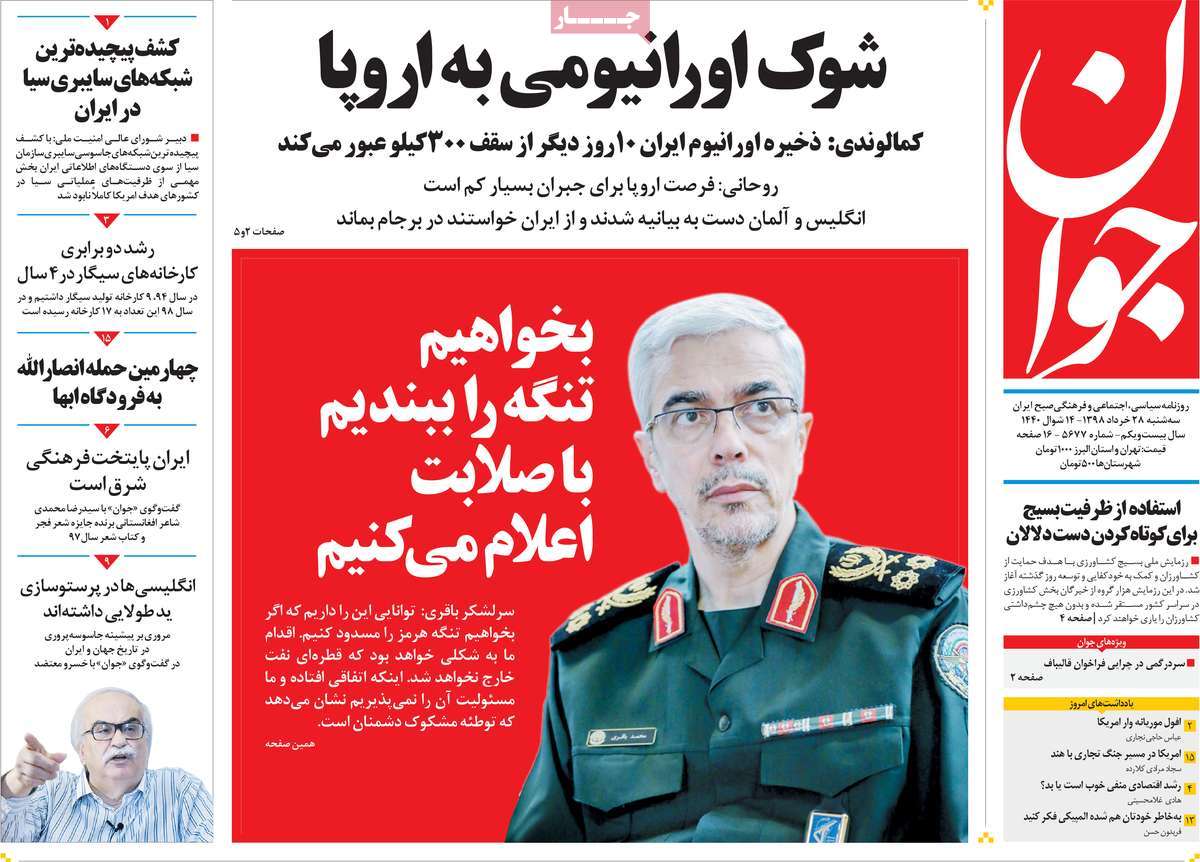 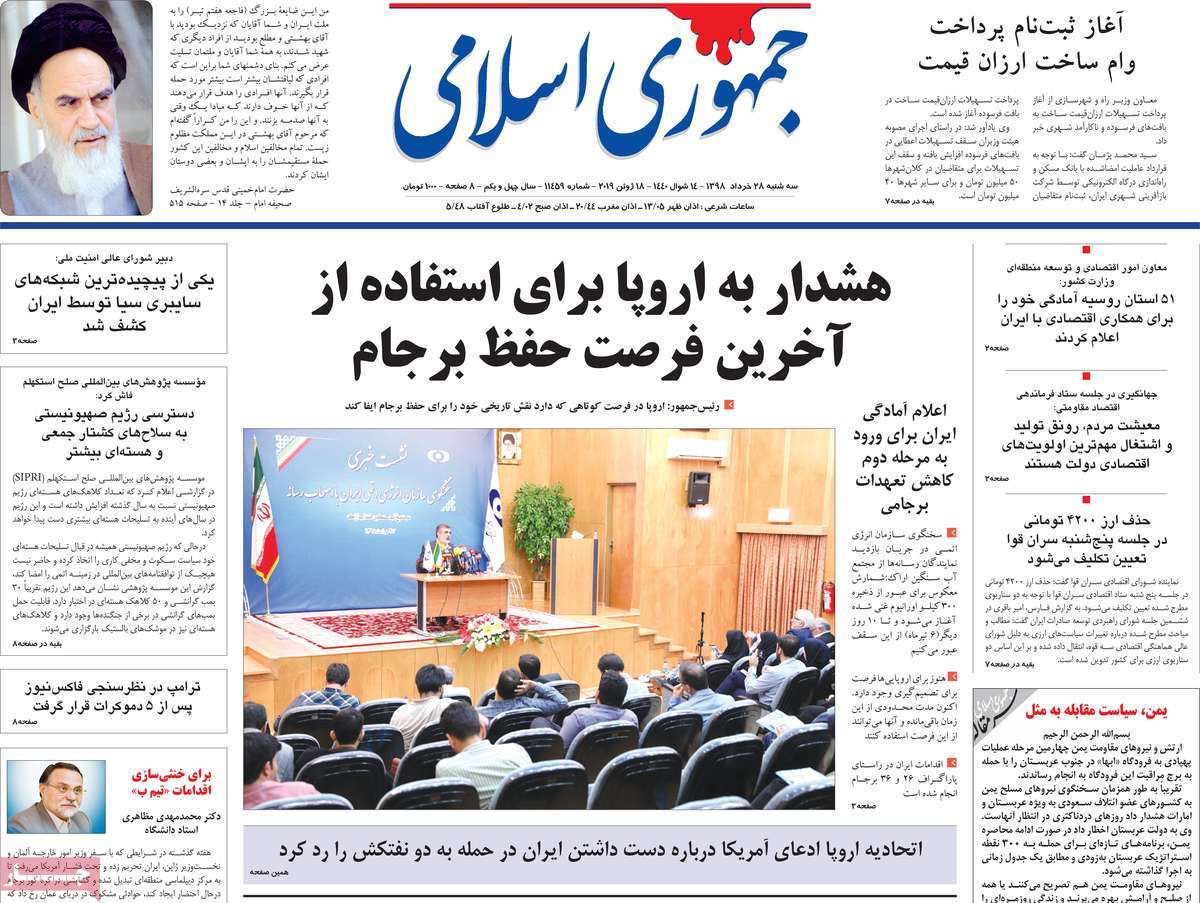 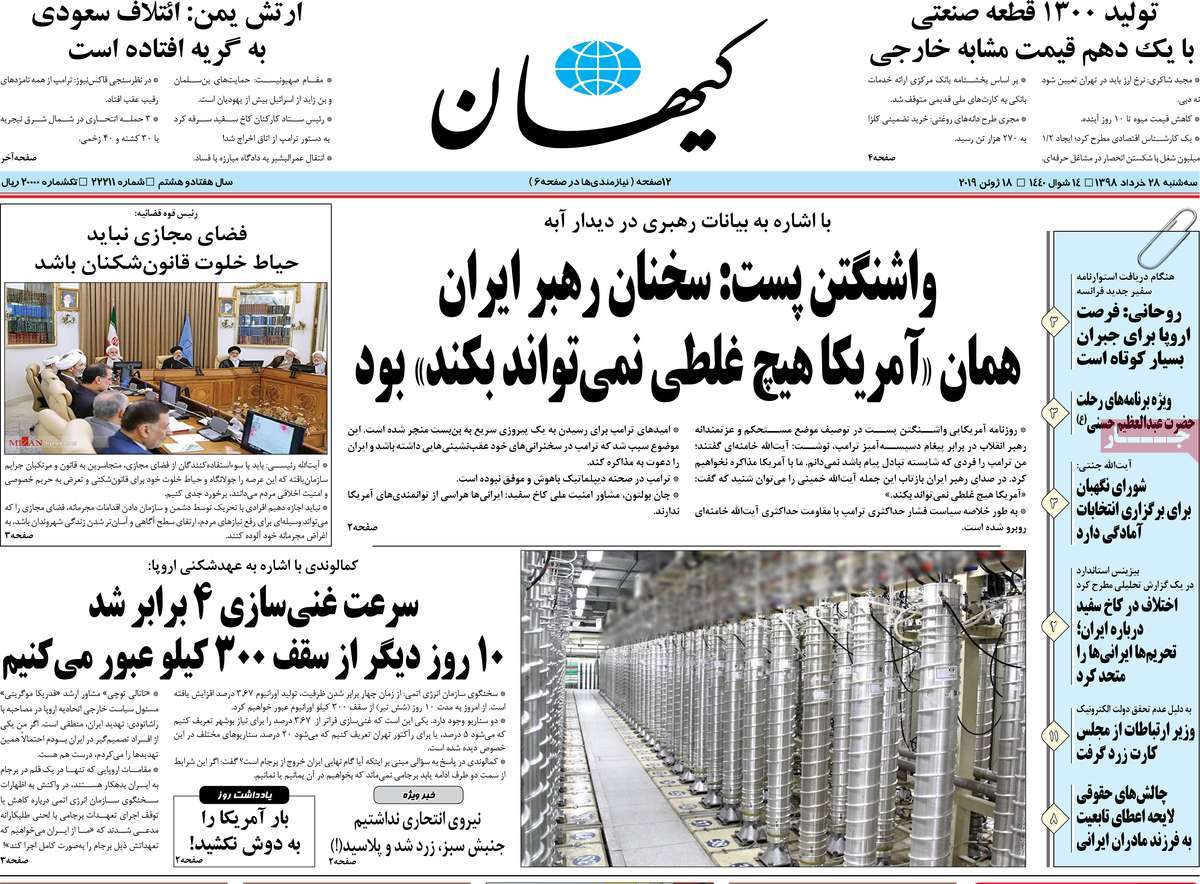 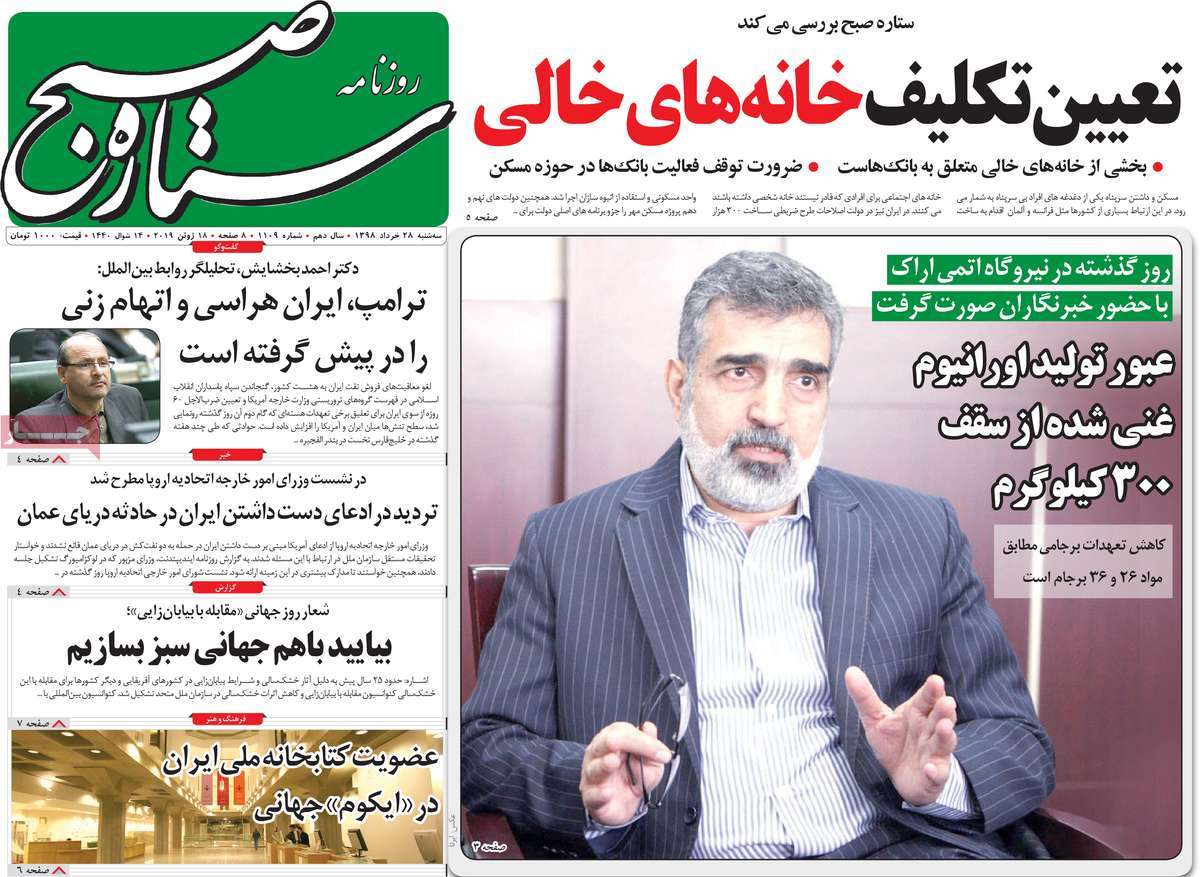 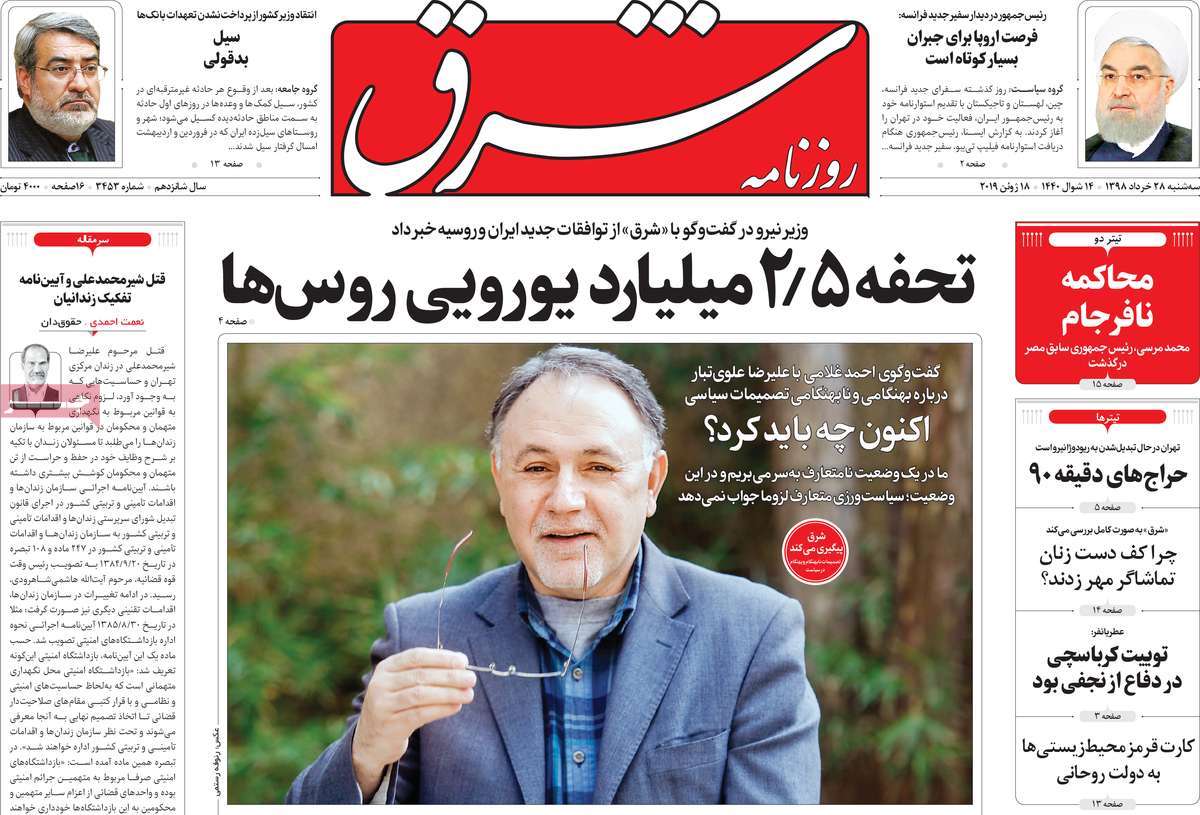