The Japanese PM’s meeting with Iran’s Leader Ayatollah Seyyed Ali Khamenei, and the twin attacks on oil tankers in the Sea of Oman both have grabbed the headlines of most Iranian newspapers today.

President Hassan Rouhani’s trip to Bishkek to take part in the Shanghai Cooperation Organisation (SCO) summit and his meetings on the sidelines of the summit with Russian and Chinese heads of state was another top story Saturday.

19 Dey:
1- Historical Humiliation of the US
• Donald Trump Not Worthy of Exchanging Any Message: Ayatollah Khamenei:
2- Iran, US on Way to Have More Friction
• Team B’s Attempts to Heighten Tensions in Region 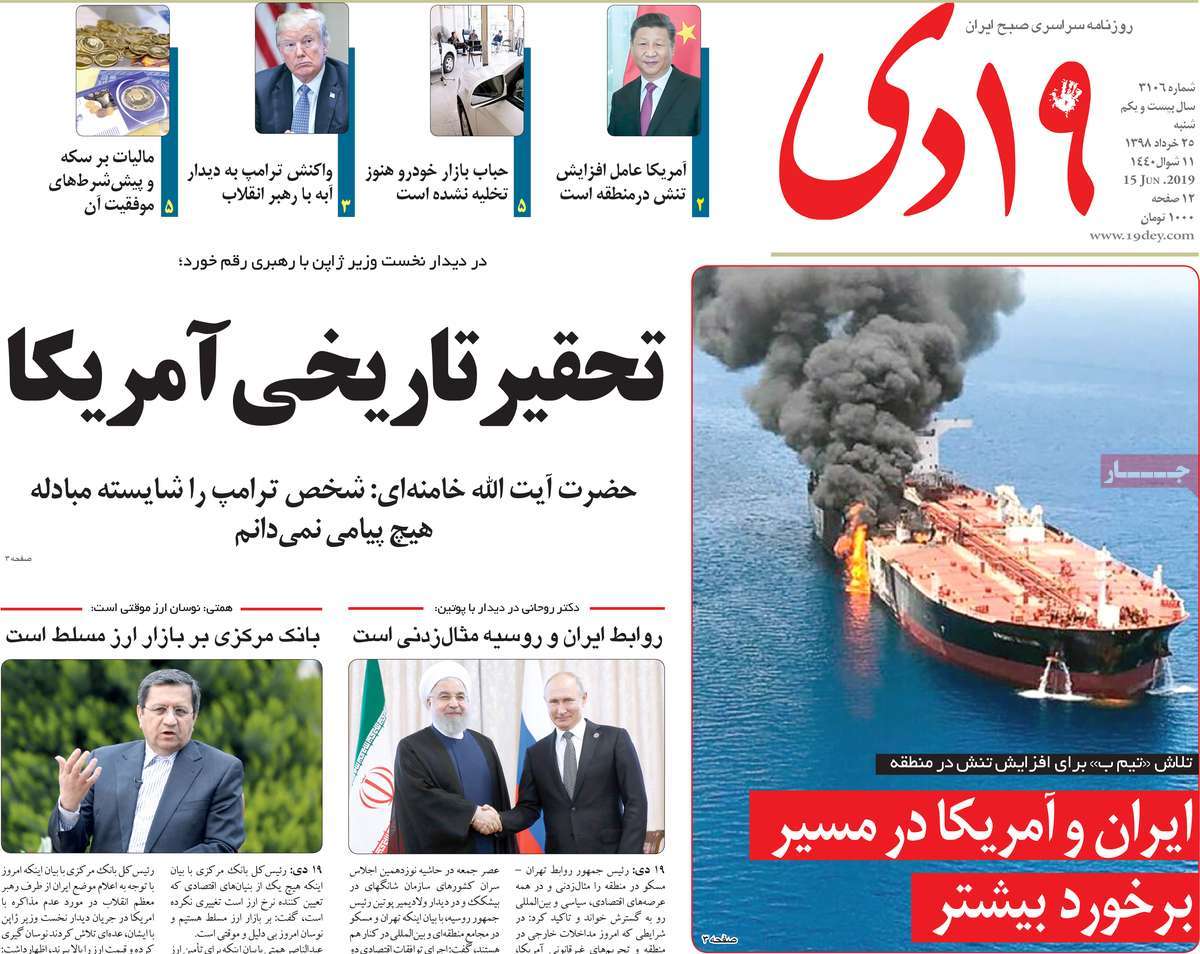 Abrar:
1- We Are Not Ready to Negotiate with Tehran!
2- Ryabkov Warns of Death of JCPOA 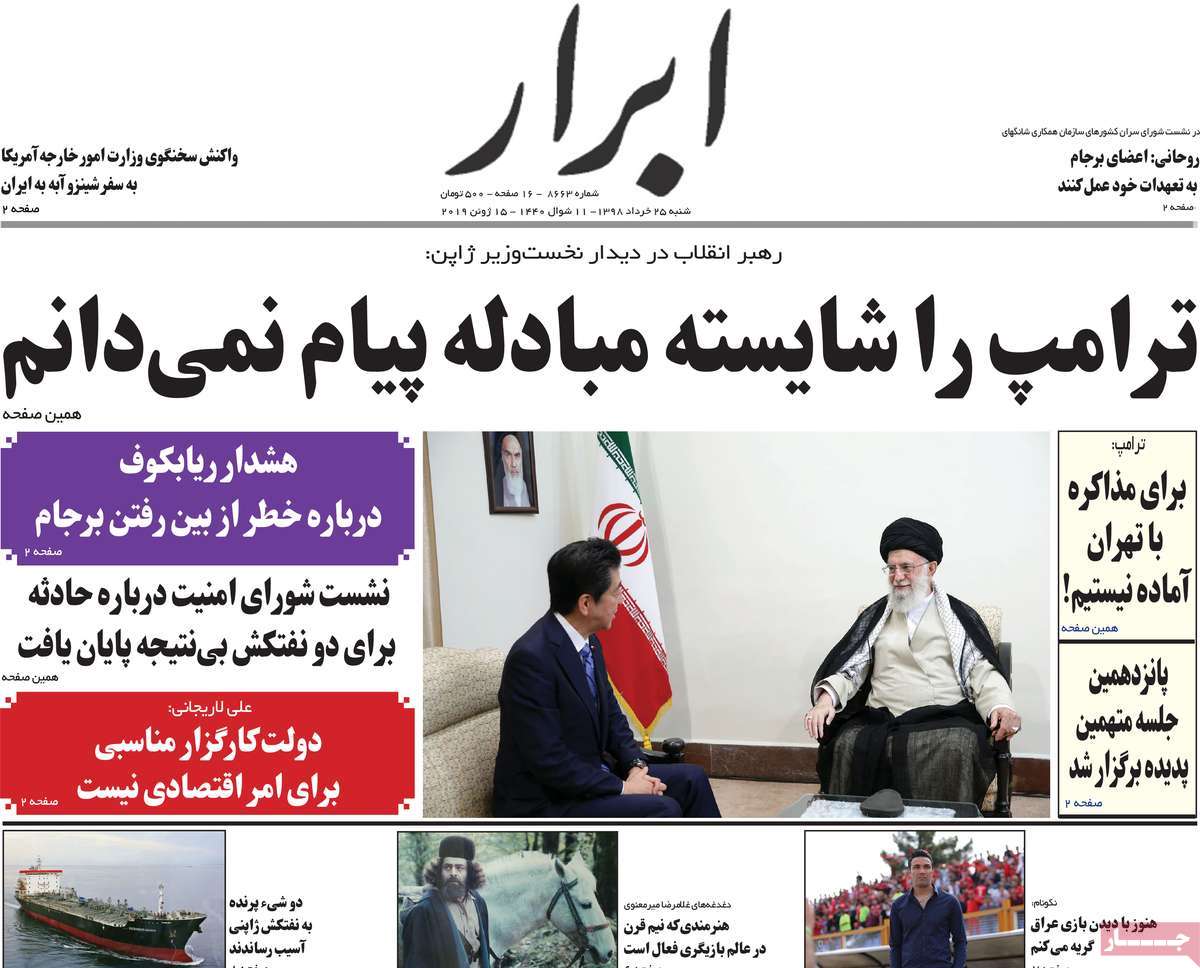 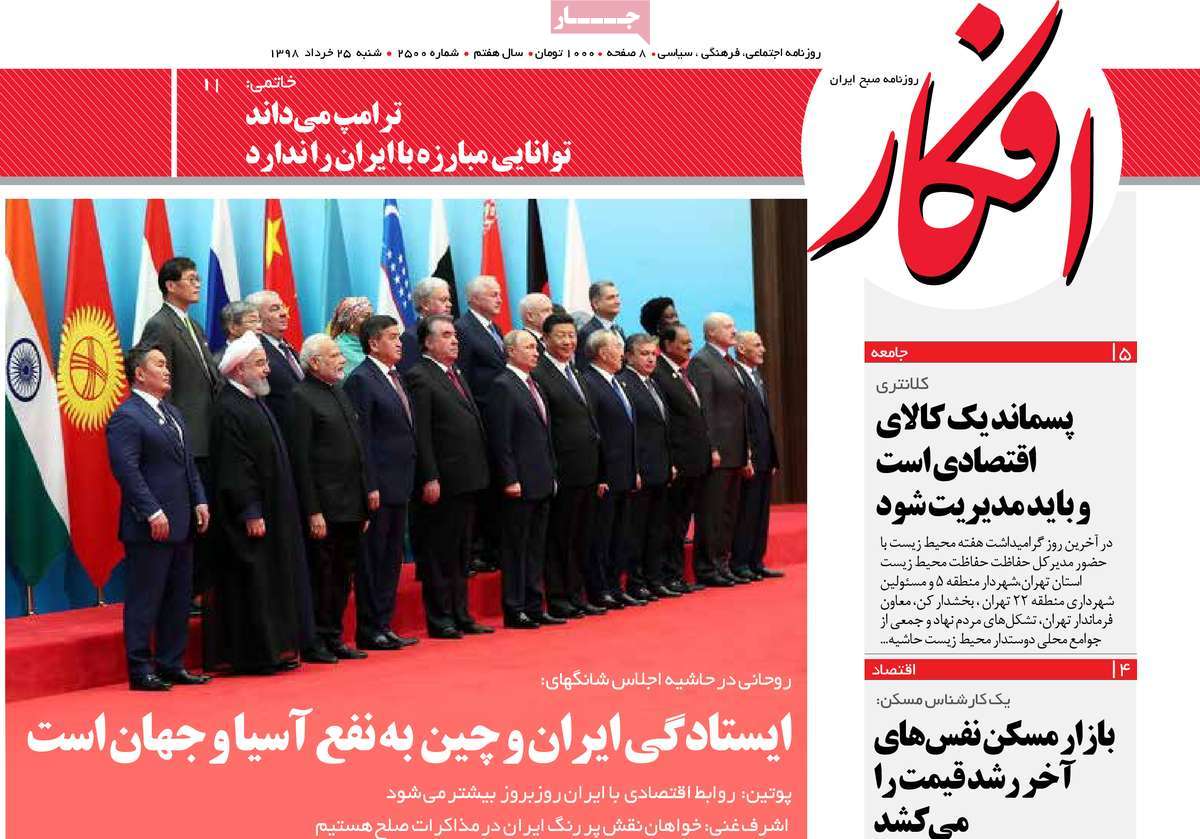 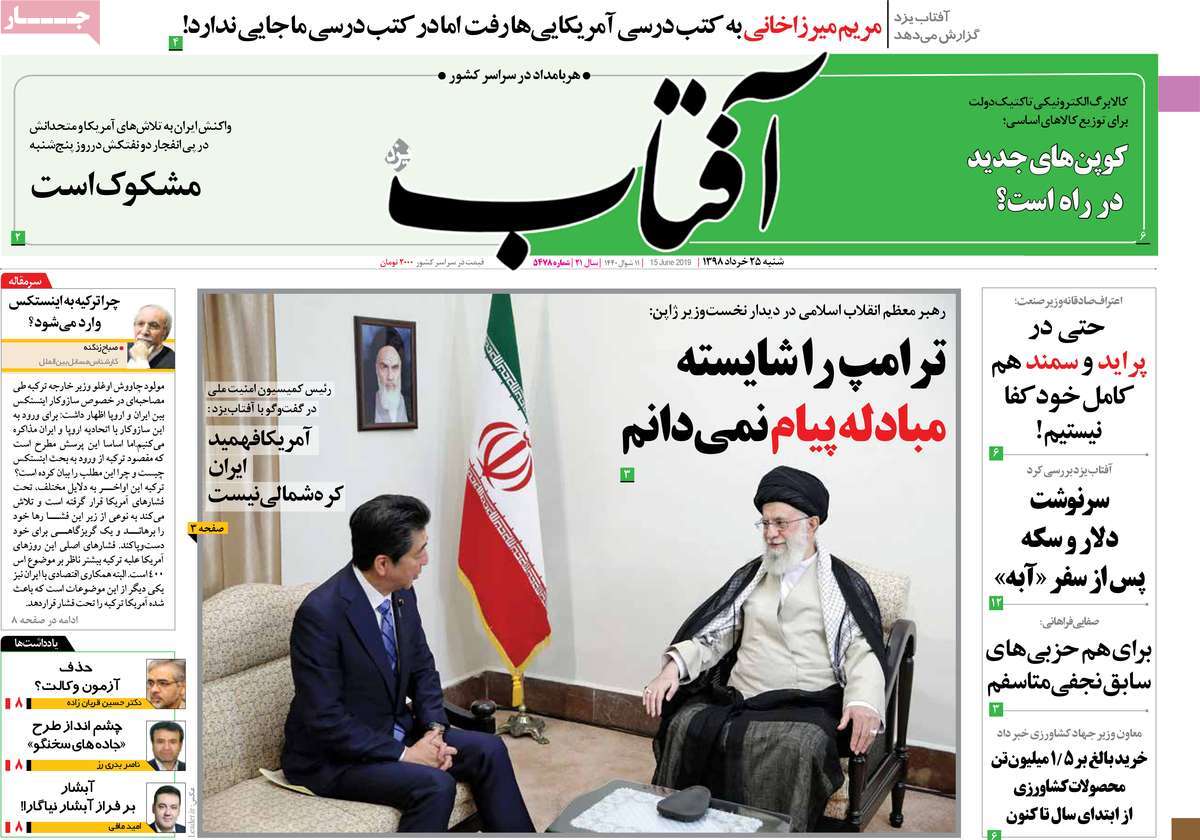 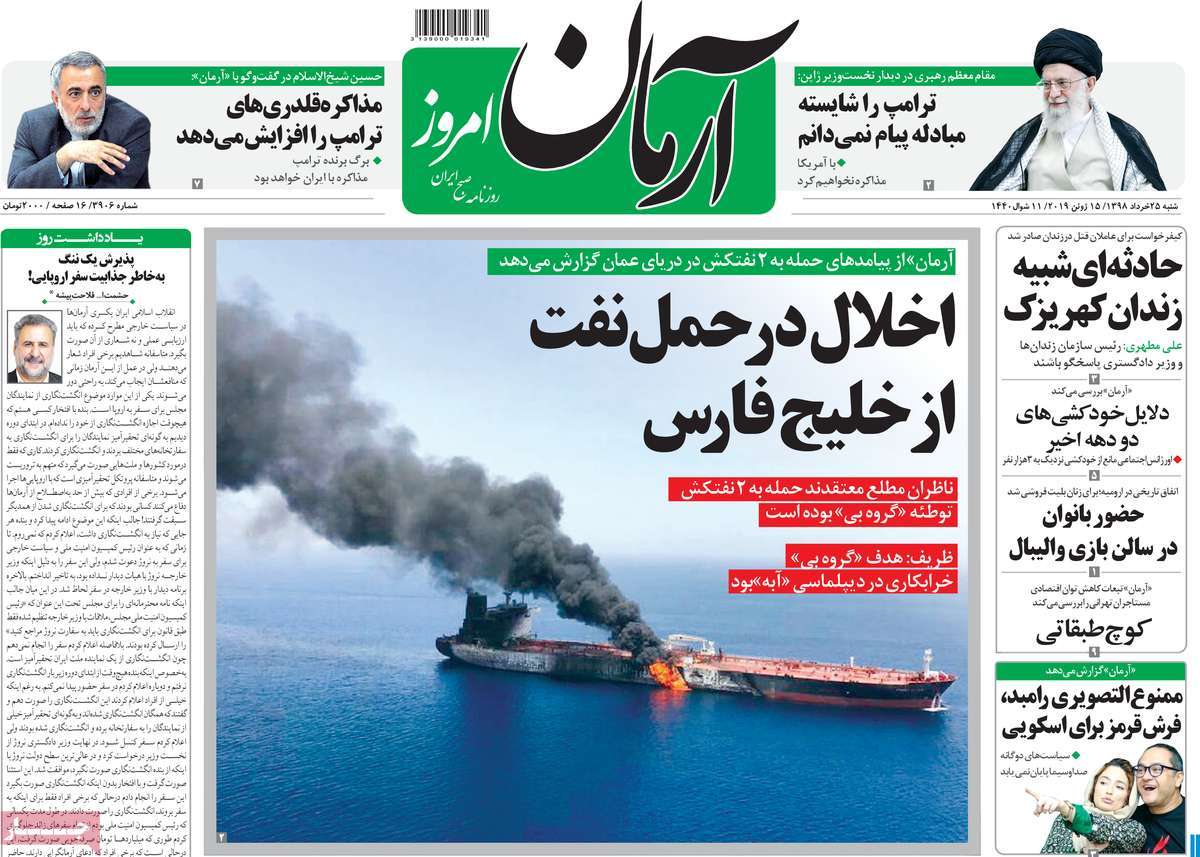 Ebtekar:
1- Fishy Scenario of Attack on Tankers
2- US Serious Threat to Stability of Region, World: Rouhani at SCO 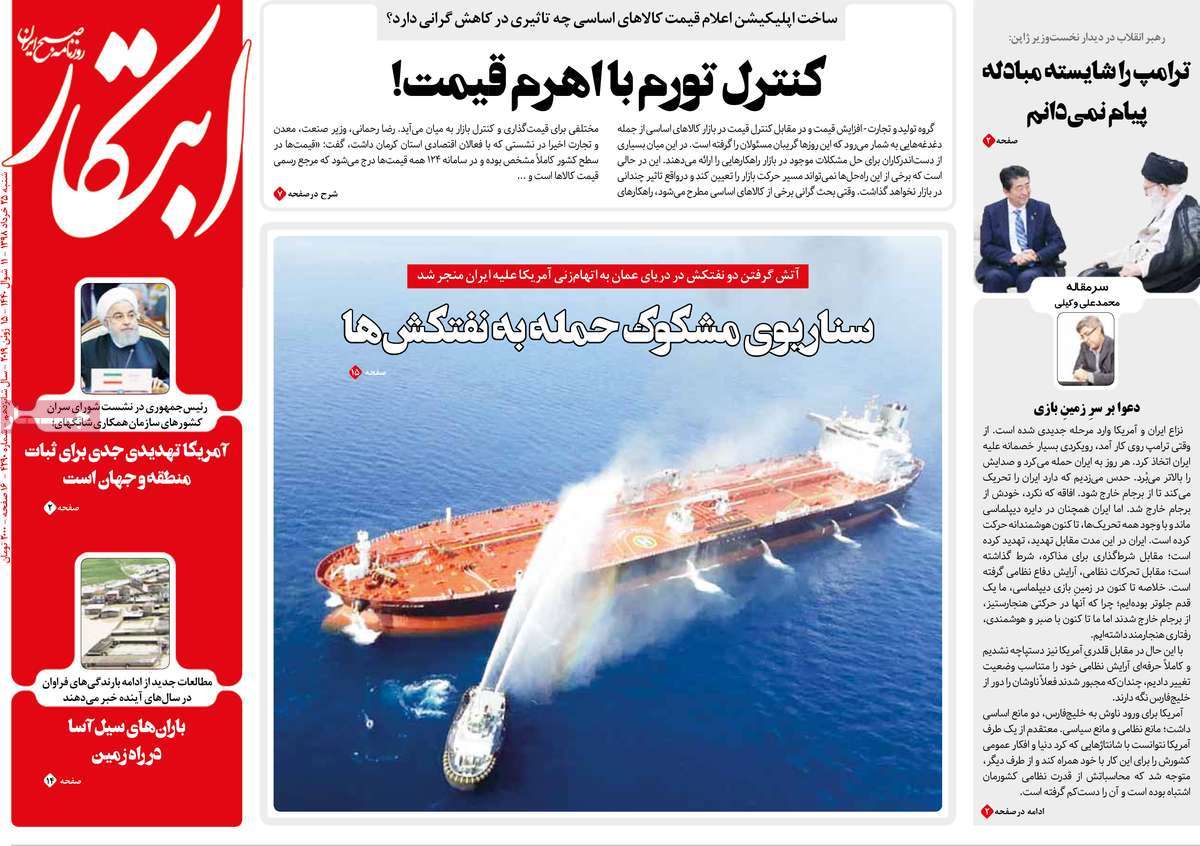 Etemad:
1- President Meets Friendly Countries’ Leaders in Bishkek, Dushanbe
2- US Blames Iran for Attacks in Oman Sea without Any Evidence 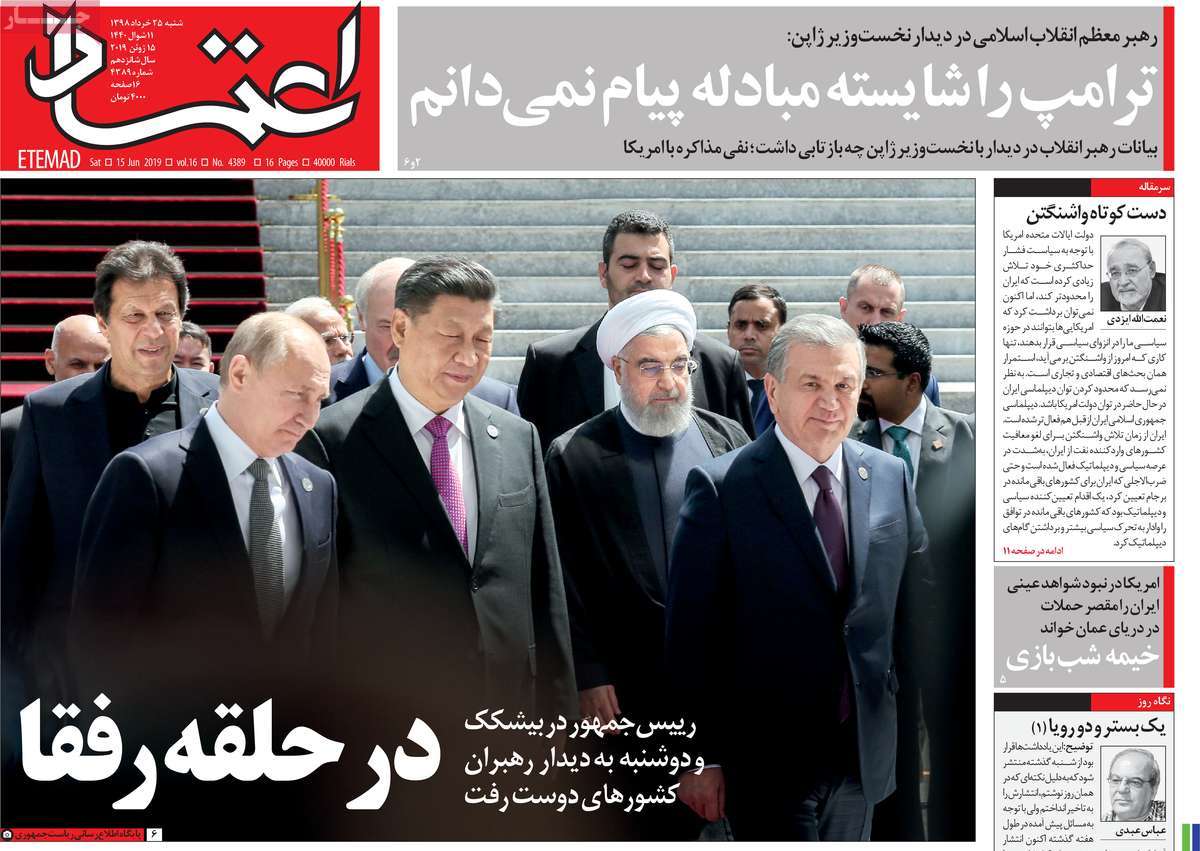 Etela’at:
1- Iran to Advance without Talks with US: Iran Leader Tells Japan PM
2- Effects of US Sanctions on Iran’s Economy Decreasing: World Bank 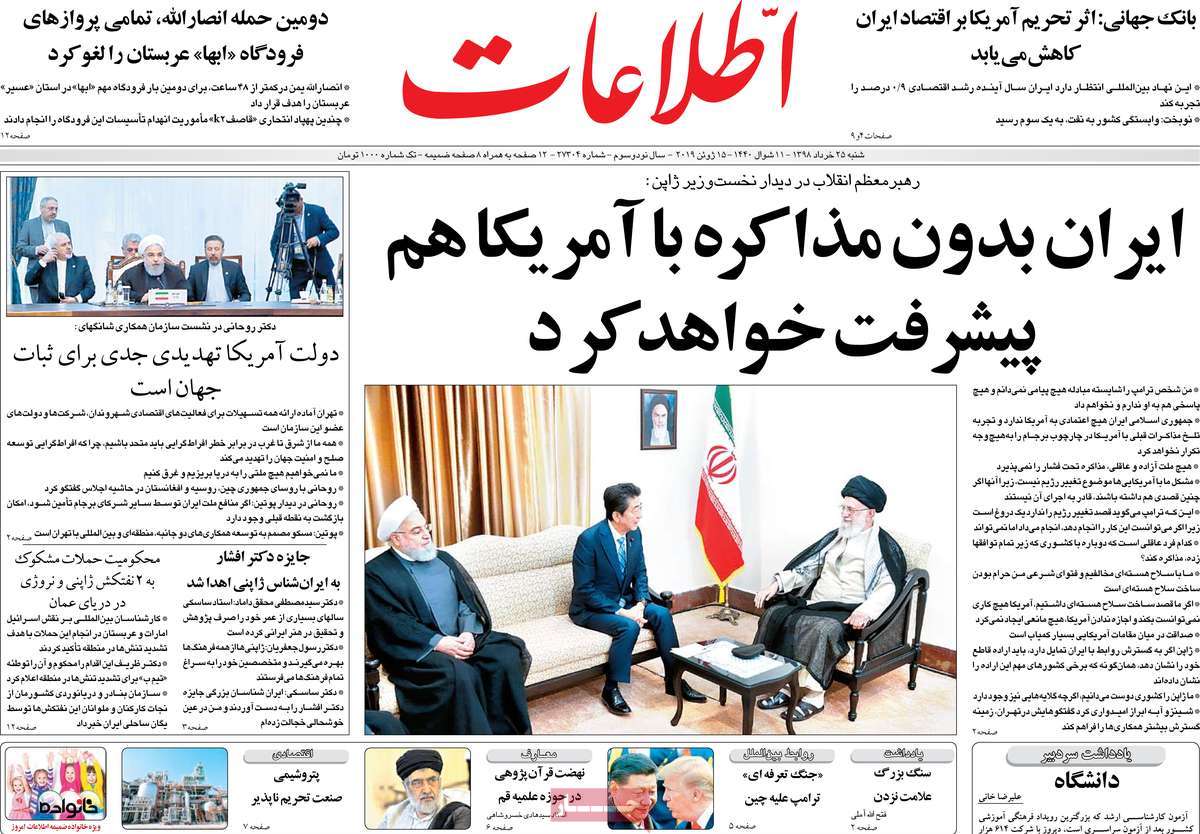 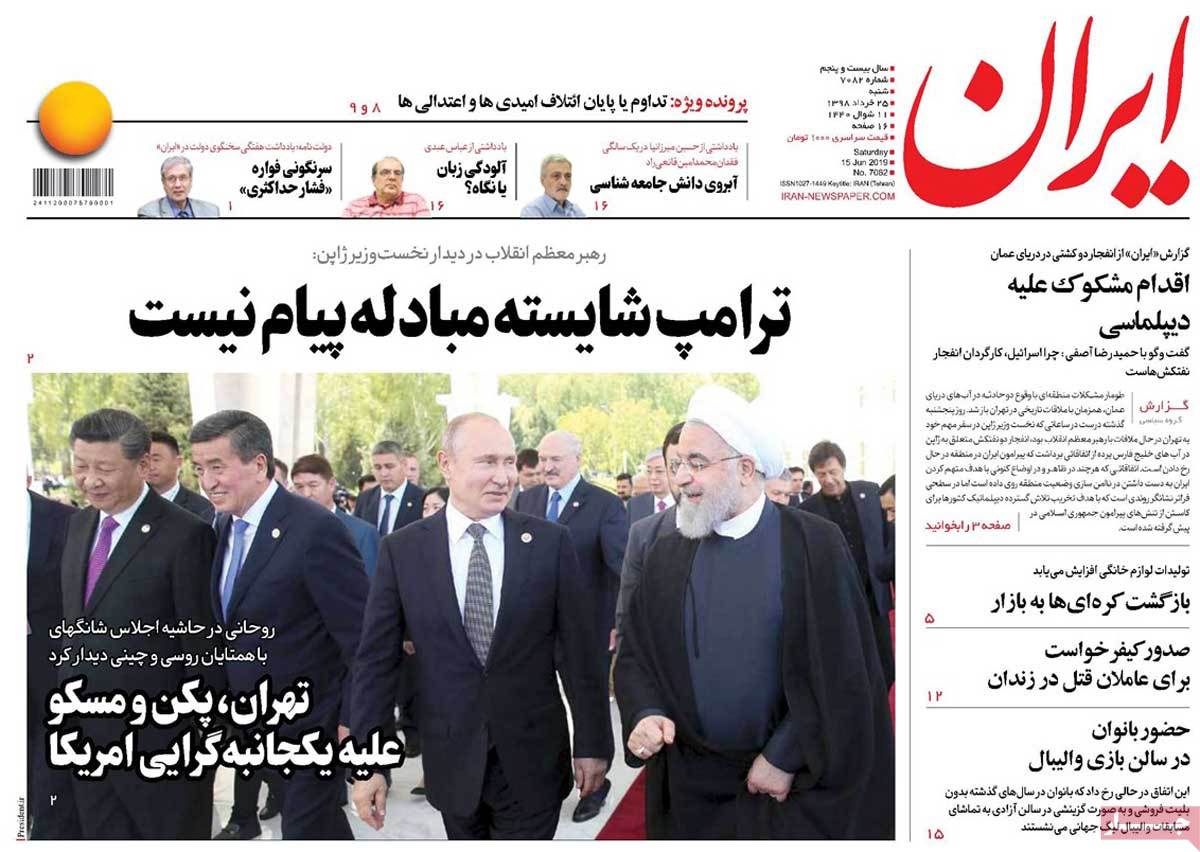 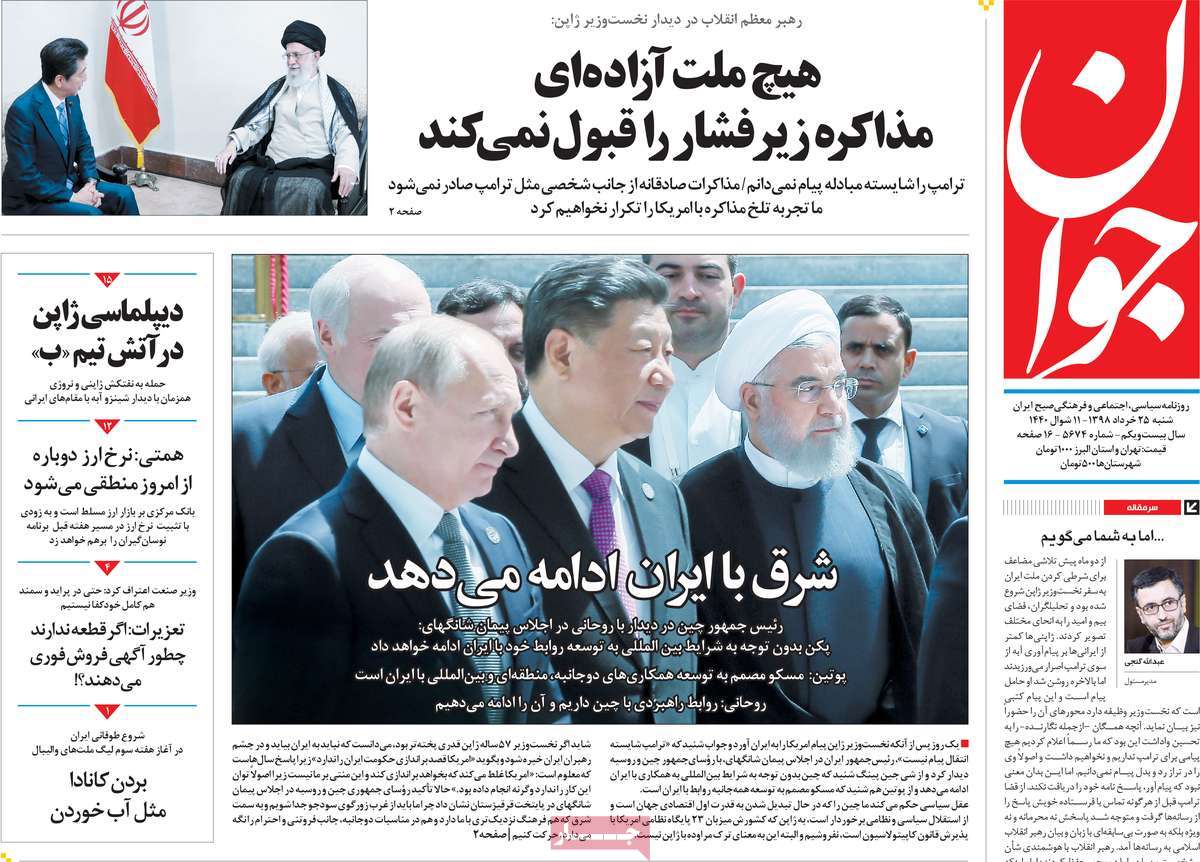 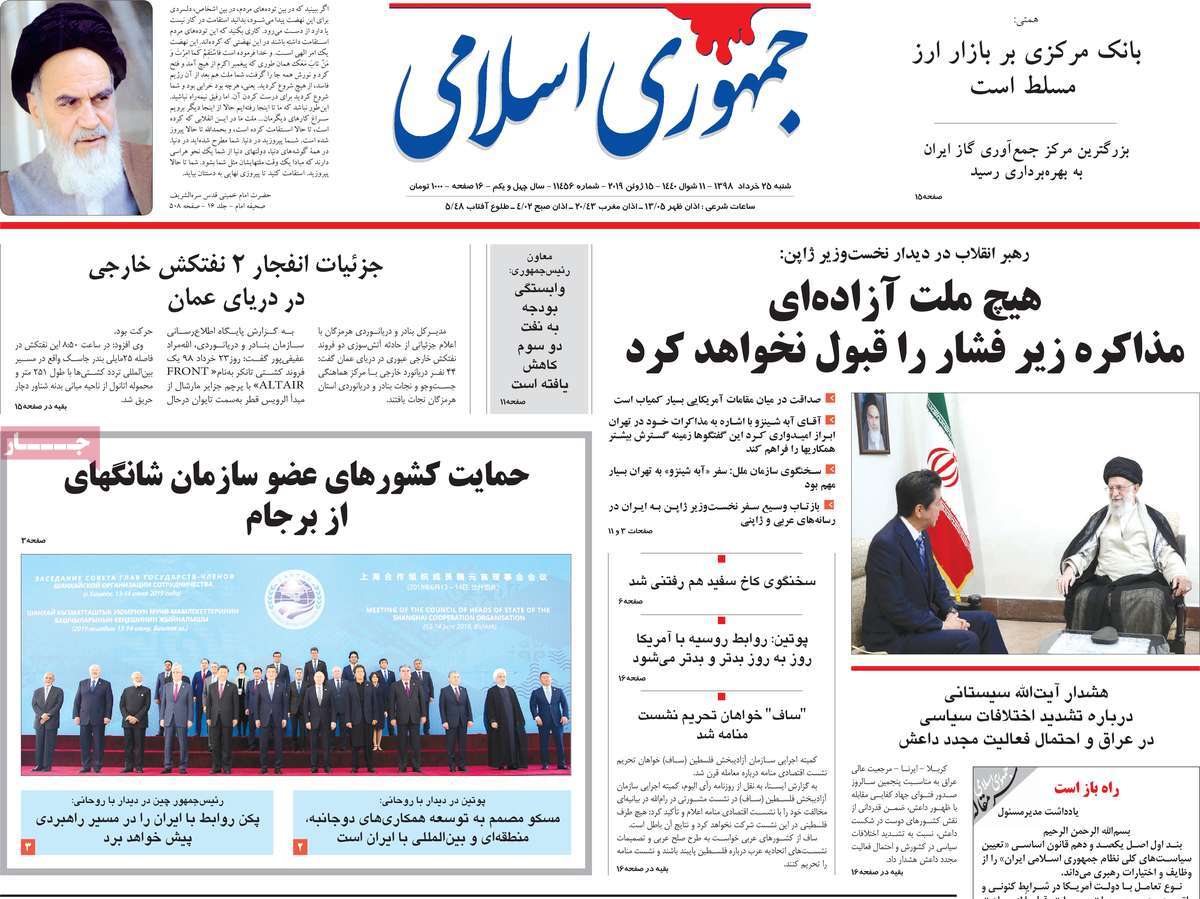 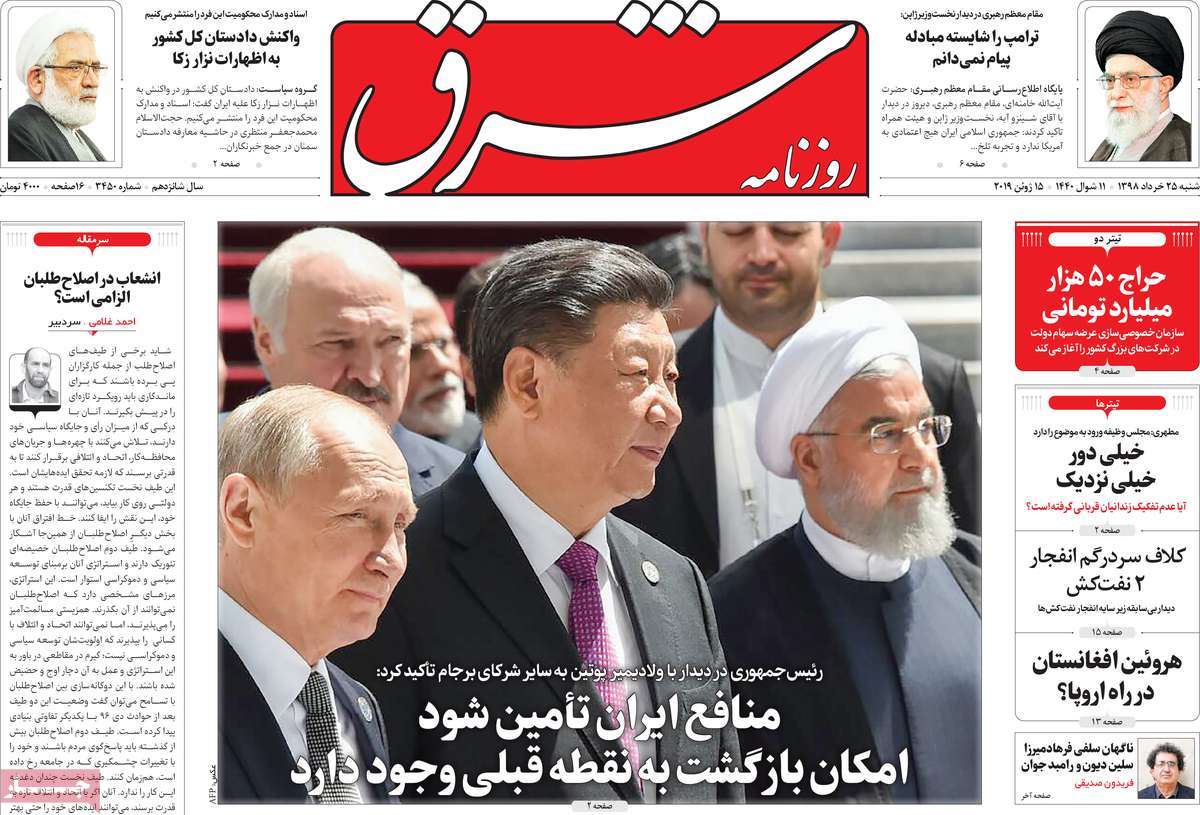 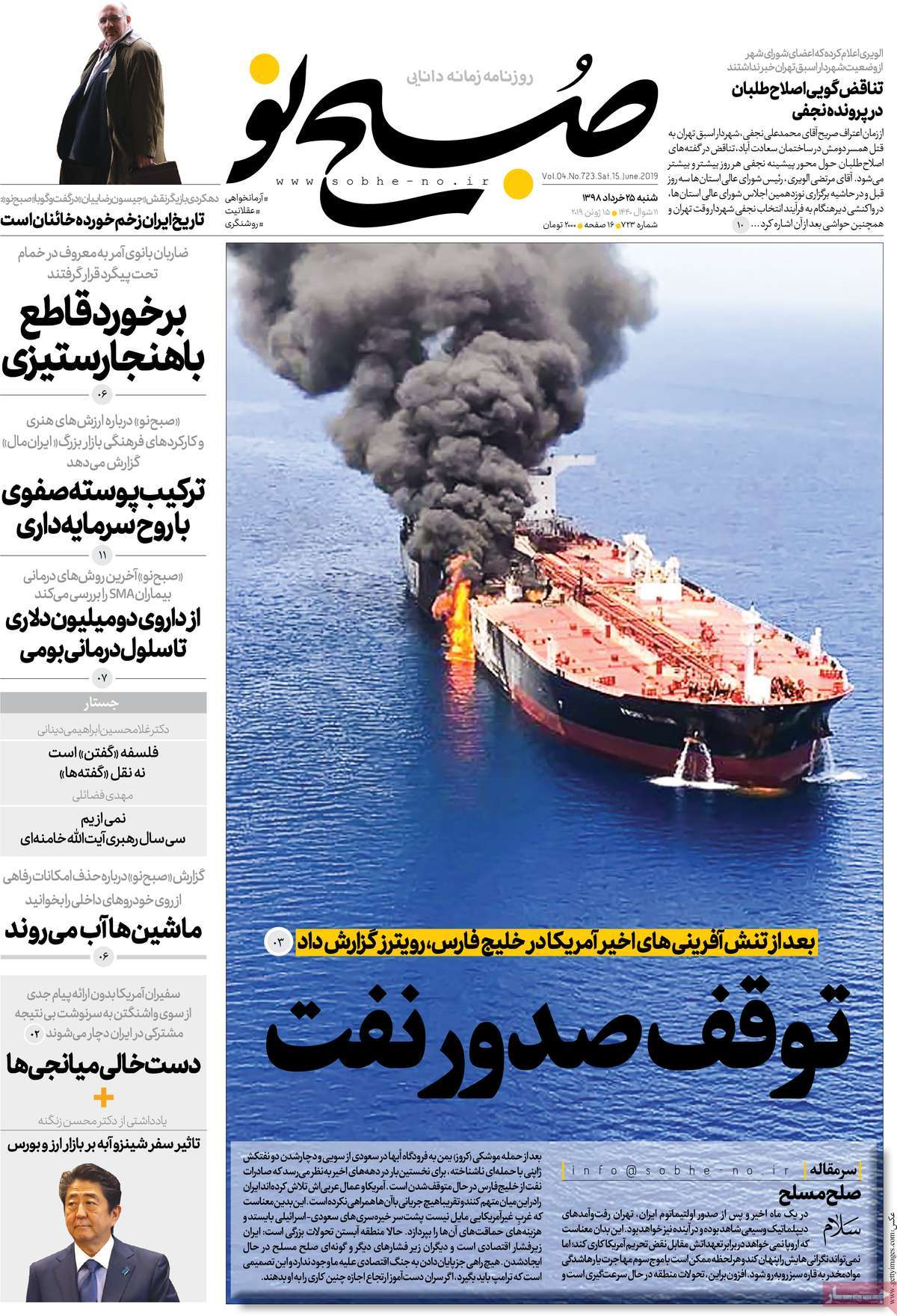